It wouldn’t be the Drinks by the Dram’s Whisky Advent Calendar without a delicious bourbon, which is exactly what you’ll find in your calendar today…

Following on from yesterday’s punchy and peaty treat, the wonderful Caol Ila 12 Year Old, you might be in the mood for a dram that’s equally as delicious but a change of pace stylistically. Behind window #14, you’ll find just that, a whiskey from a young, vibrant distillery that is creamy, sweet and very, very tasty…

Tuthilltown Spirits had the honour of producing the first legal pot-still whiskey in New York since Prohibition and did so using 100% New York corn. But why listen to us when you could hear from the wonderful David Powell, national brand ambassador for Hudson Whiskey. 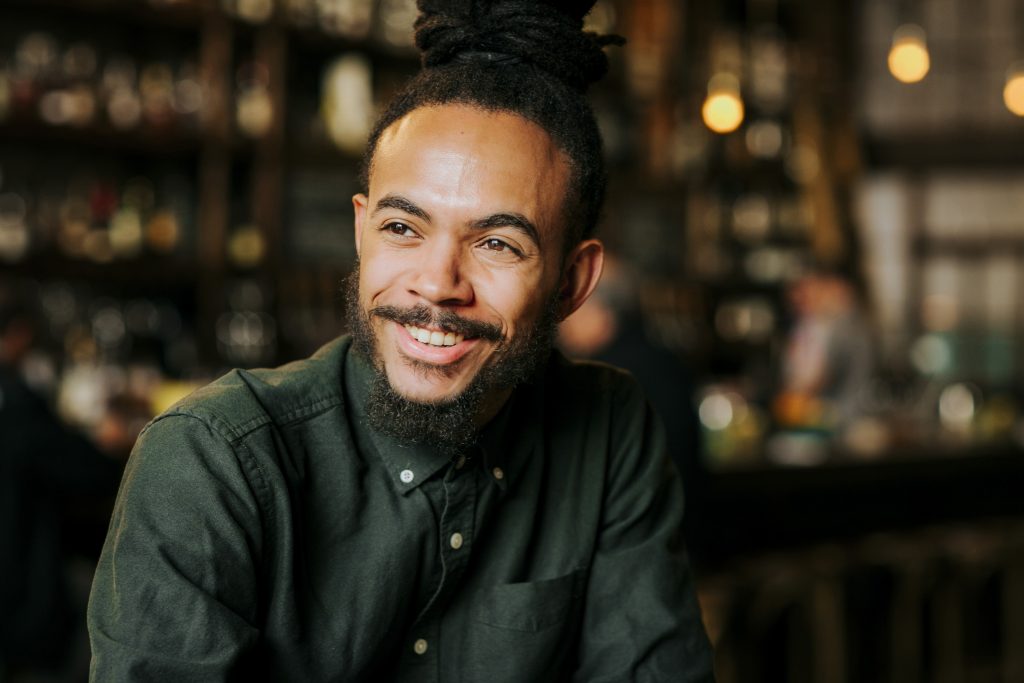 Master of Malt: Why was it important to you to create a whiskey with 100% New York corn?

David Powell: In the early days of Hudson Whiskey, our founders, Ralph Erenzo and Brian Lee, were eager entrepreneurs who were still wrapping their minds around the mechanics of making whiskey and building a distillery. Neither of them had an extensive level of distilling experience, so when they made their first batches of whiskey, their instinct was to use the dominant grain. As a result, they leaned on those dominant grains (corn and rye) rather than diluting them with other grains – as is the style in other whiskey producing regions. Simultaneously, the newly created license required that 75% of all raw materials be New York state grown agricultural products. As a result of the growth of Hudson Whiskey over our 16 years of existence, the impact on our neighbouring farms has been tremendous. We wouldn’t have it any other way!

MoM: You maturation process is interesting, from maturing in 2-gallon barrels to playing music through bass speakers to agitate the cask and liquid and impact the flavour. What was the inspiration behind these ideas?

DP: Over the years, our Spirit Supply team has evolved tremendously. The methods described were experiments that were undertaken in the early days of the brand in order to accelerate the flow of spirit from distillery to market. Sonic Maturation was one such experiment, which we received quite a bit of attention for in the early days of the brand, but over the years, as the distillery has evolved, so have our ageing practices. Small barrels were initially used in order to accelerate the ageing process, by creating a higher level of surface area contact between spirit and wood. Given that there were no rickhouses on the property until the last 5 years, smaller barrels allowed us to have a continuous flow of spirit to market to satisfy the growing demand for our whiskies. As of this year, there are now 6 rickhouses on the property, and our barrels have increased in size to 15g, 26g and 53g barrels. Production efficiencies have been increased to a level where we no longer need to rush a product to market, and as such, the experiments described have been phased out as we have grown. 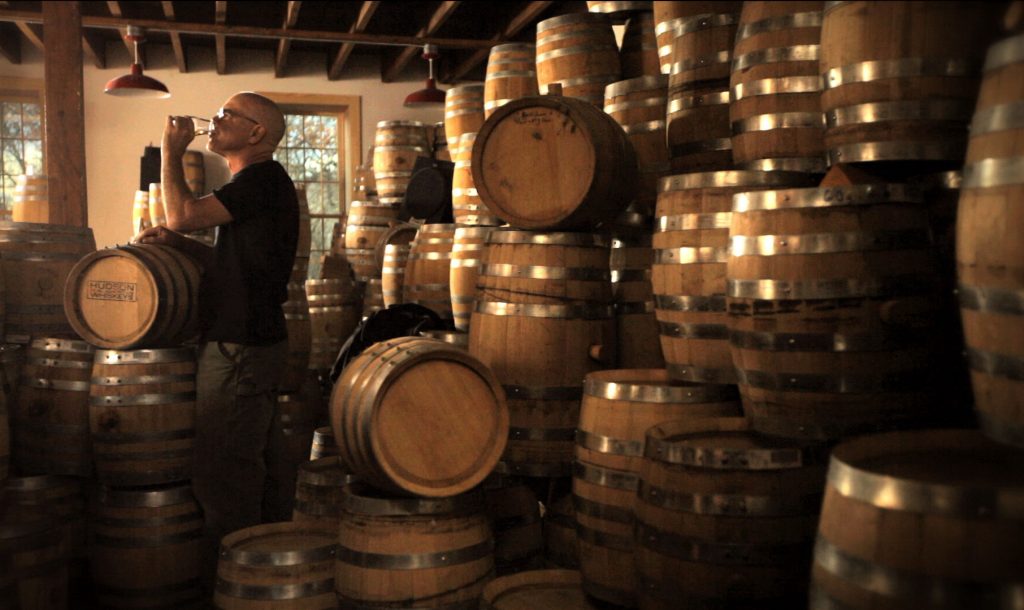 MoM: What can we expect to see from the distillery in the future?

DP: With all of the recent upgrades to the distillery, which have increased production efficiencies, we’ve had a bit more bandwidth to start experimenting with concepts for new variants. While we’re not currently ready to announce any specifics regarding any of those innovation expressions, the first is slated to be in market in mid to late 2020.

MoM: What does the future hold for the American craft scene?

DP: American craft distilling is still a relatively young industry. Over the course of the last 20 years, we have seen the proliferation of distilleries in regions that were rendered dormant in the aftermath of Prohibition. In New York alone, there was a 70-year gap between the shuttering of the last distilleries in accordance with that failed experiment and the opening of our distillery in 2003. In the 20 years to come, I think we’ll see a bit more regionalized standardization such as the Empire Rye Collective in New York that has set out to regulate the style of Rye that New York distillers produce. Just as Kentucky Bourbon and Tennessee Whiskey have created distinctive identities over the years, I think we’ll see the same in New York, Maryland, Pennsylvania, Illinois, California, and beyond. Compared to other region-specific spirits, we are still in the late adolescence of the American craft scene, and I’m excited to see how our industry matures as it continues to grow.

MoM: Is there a festive cocktail or serve you recommend for Hudson Baby Bourbon?

DP: One of my favourite late fall/early winter cocktails is called Sweater Weather. It’s designed to be served cold (shaken), but I have a feeling it would be just as delicious served warm. Here’s the recipe, created by Meaghan Dorman, head bartender at The Raines Law Room in NYC:

– To prepare warm, build 15ml fresh lemon juice, 15ml Orgeat, 15ml Palo Cortado Sherry, 45ml apple cider and 45ml Hudson Baby Bourbon in a large mug, and add 45ml of hot water. Stir for about 10 seconds to fully incorporate all ingredients, and garnish by expressing and discarding an orange peel, and grating cinnamon on top of the cocktail. 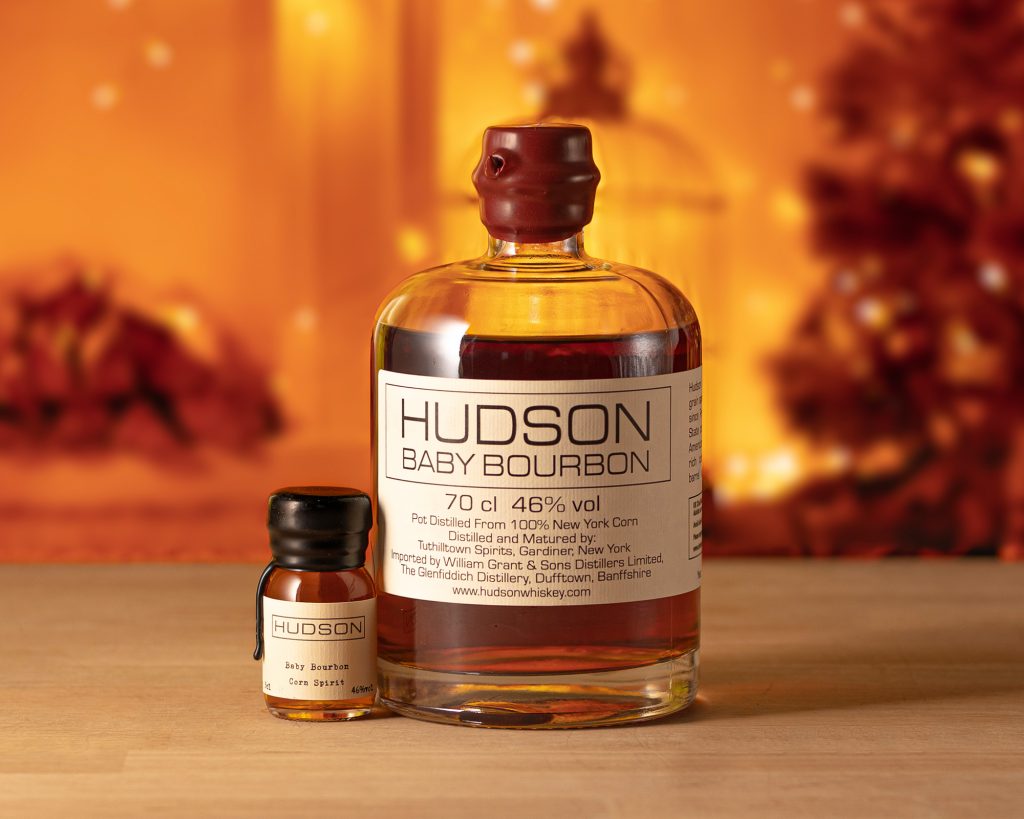 Thank you very much to David for speaking to us. The only thing left to do is crack open this dram of Hudson Baby Bourbon (70cl) and feast on what’s inside!

Palate: Marzipan and candied ginger, with a thick layer of caramel on top. A touch of rye spiciness develops.