The Old Fashioned: The original cocktail

Henry Jeffreys
No Comments on The Old Fashioned: The original cocktail

With Old Fashioned Week (1 – 10 November) on the horizon, it’s the perfect time to take a closer look at a cocktail so good that they named a glass after it.

After years when it was thought, well, a bit old fashioned, the Old Fashioned is now decidedly hip. A week devoted to its pleasures was started in 2015 by two Frenchmen, Michael Landart from Maria Loca bar in Paris, and Cyrille Hugon, founder of Paris Rumfest. The first year there were 50 participating bars, all in France; this November they are expecting over 1000 participants on every continent. So to get you in the mood, find a comfy chair, pour yourself a drink (recipe at the end), and we will take a journey back in time…

Stay a while and listen…

Just how old is an Old Fashioned?

Really quite old, though originally it would have been known simply as a ‘cocktail’. The oldest mention of the word has been found by top booze historian David Wondrich in a New Hampshire newspaper dating from 1803. A cocktail (nobody is quite certain why it is called that) was a specific kind of mixed drink consisting of a spirit, usually whiskey or rum, with water, sugar and bitters. Bitters such as Stoughton’s Elixir, patented in London in 1712, were all the rage in early America. When new-fashioned cocktails appeared in the mid 19th century made with outlandishly modern things such as vermouth, absinthe or Curaçao, some old timer said something like, “enough with all these contemporary concoctions, I want an old-fashioned cocktail, dammit!”, and the name stuck.

But what about the fruit?

Originally the only fruit would have been piece of lemon peel. In The Cocktail Book published in 1900, there are recipes for brandy, rum, whiskey, and Holland gin Old Fashioneds. They are all made the the same way: take a lump of sugar, add a little hot water and crush, add ice, booze, bitters, a piece of lemon peel and stir until all the sugar has dissolved. This is a classic Old Fashioned, an old-fashioned Old Fashioned if you will.

During Prohibition, bartenders began adding fruit to their Old Fashioneds, probably to disguise the taste of dodgy spirits. American cocktail books following Repeal in 1933 all list fruit such as orange, lemons, and maraschino cherries in their recipes.

Many people disapproved of these new-fashioned Old Fashioneds. Crosby Gaige, author of the Cocktail Guide and Ladies’ Companion, wrote in 1944: “serious-minded persons omit fruit salad from Old Fashioneds”. Bernard de Voto in his book The Hour: A Cocktail Manifesto wrote, “a cocktail does not contain fruit juice.” The British, however, ignored all these exciting new developments and continued making the Old Fashioned the old-fashioned way. Too bloody right.

Chuck all that nonsense over a wall

Perhaps it was all that fruit, or perhaps it was the rise of first lighter whiskies such as J&B and Cutty Sark, and then vodka in the 70s and 80s, but by the 1960s, the Old Fashioned was decidedly old fashioned. It was what your parents drank. Brown spirit cocktails were out, and, that most American of whiskeys, rye, nearly died out.

When did the Old Fashioned become cool?

In the mid 2000s, American bartenders began to rediscover their rich spirits heritage. The revival of American whiskey, specifically rye, was on the back of classic cocktails such as the Old Fashioned and the Manhattan. New whiskey distilleries were opening in America, and all over the world. Established drink brands, especially Scotch and Cognac, were throwing off their rather old-fashioned image and embracing cocktails. The scene was set for an Old Fashioned revival.

Old Fashioned in a new world

Distillers love the Old Fashioned because it shows off the complexity of the spirit. Bartenders love the Old Fashioned because it is infinitely adaptable. You can use any spirit – rye and bourbon are the usual choices, but other whiskies, rum or brandy can be sensational. You can even use unaged spirits such as Mezcal, or a smokey Islay as seasoning. You can use bitters, like orange or chocolate, to accentuate different flavours. You can play around with sweeteners. I’ve had Old Fashioneds made with PX sherry or Maraschino cherry juice. And finally garnish with a piece of orange, lemon or grapefruit peel, or (let the purists be damned) orange and lemon segments, and a maraschino cherry.

Old Fashioneds are great fun to play around with at home. If using Scotch, I find that sweeter spirits work the best. I had a lovely one made with GlenDronach recently. With American whiskey, I like a rye or a spicier sort of bourbon like Four Roses Small Batch. This is how I make them at home:

Put a level teaspoon of brown sugar into an Old Fashioned glass, add a splash of hot water and a two dashes of Fee Brothers Orange bitters. Stir vigorously so that the sugar dissolves, add 80 ml of Four Roses Small Batch (or whatever you fancy), stir a bit more, add ice cubes, stir a bit more and garnish with a piece of orange peel.

That’s an Old Fashioned made the good old-fashioned way. Oh what the hell, stick a maraschino cherry in too.

Master of Malt @MasterOfMalt
1 hour ago
#Whisky Twitter was up in arms when Glendronach fans noticed that the words “non chill-filtered” had disappeared from the bottle. What is going on? 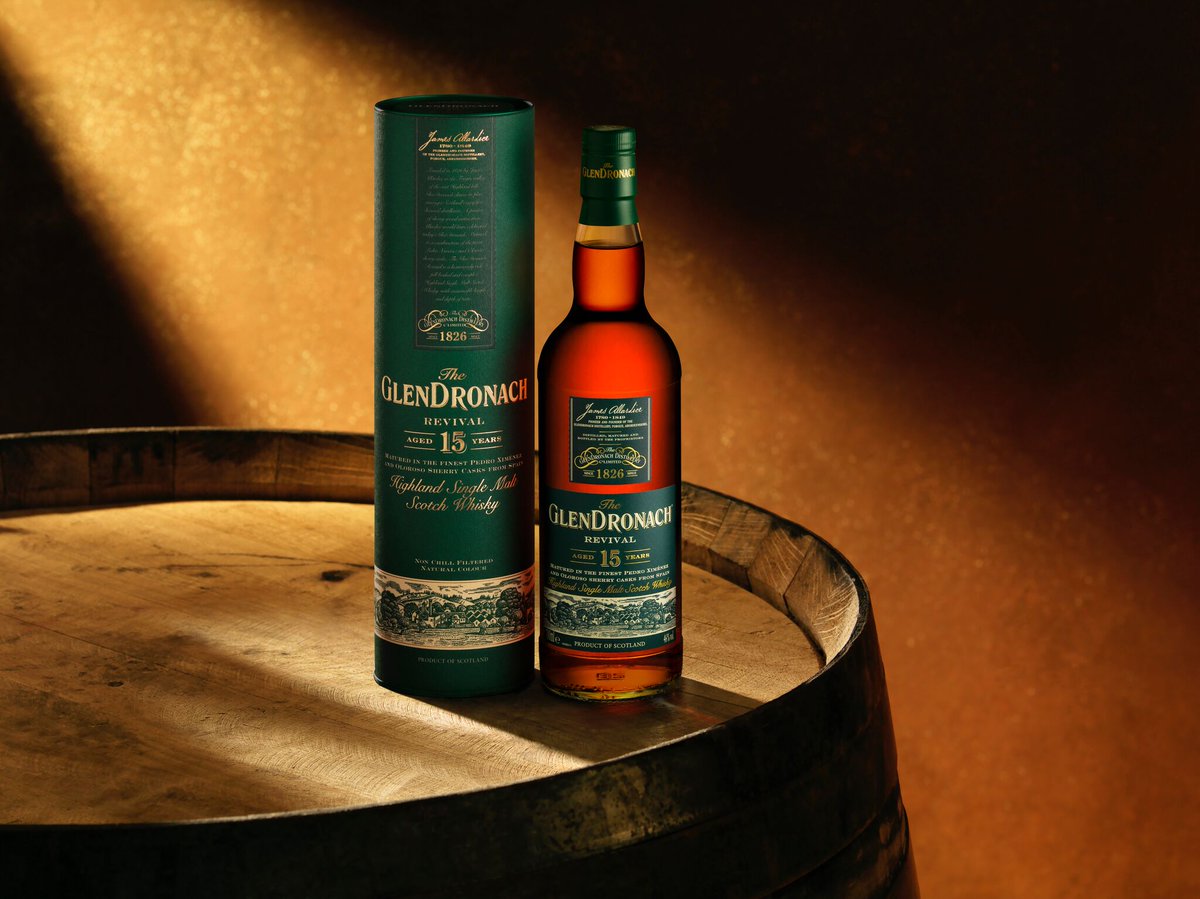 Master of Malt @MasterOfMalt
11 hours ago
Amanda Garnham is stepping down from the #Armagnac Bureau. So we thought it a good time to celebrate one of the most influential ladies in booze. 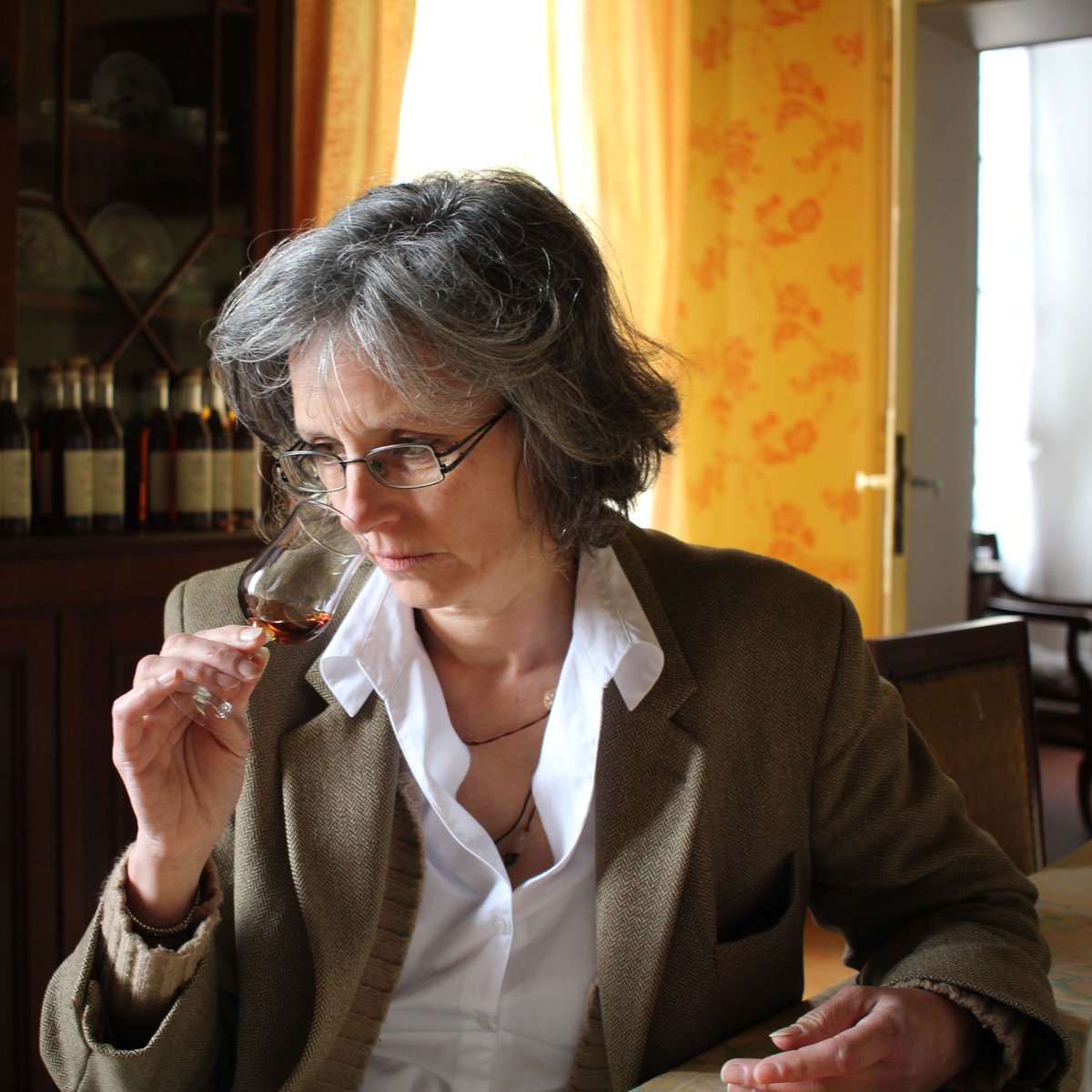 Master of Malt @MasterOfMalt
12 hours ago
Sherried #whisky fans, listen up! When you treat yourself to this @DarknessWhisky Tasting Set (full of three sherried drams), you'll automagically be in with a chance of winning three full-sized bottles of those exact whiskies! It's a win/win. 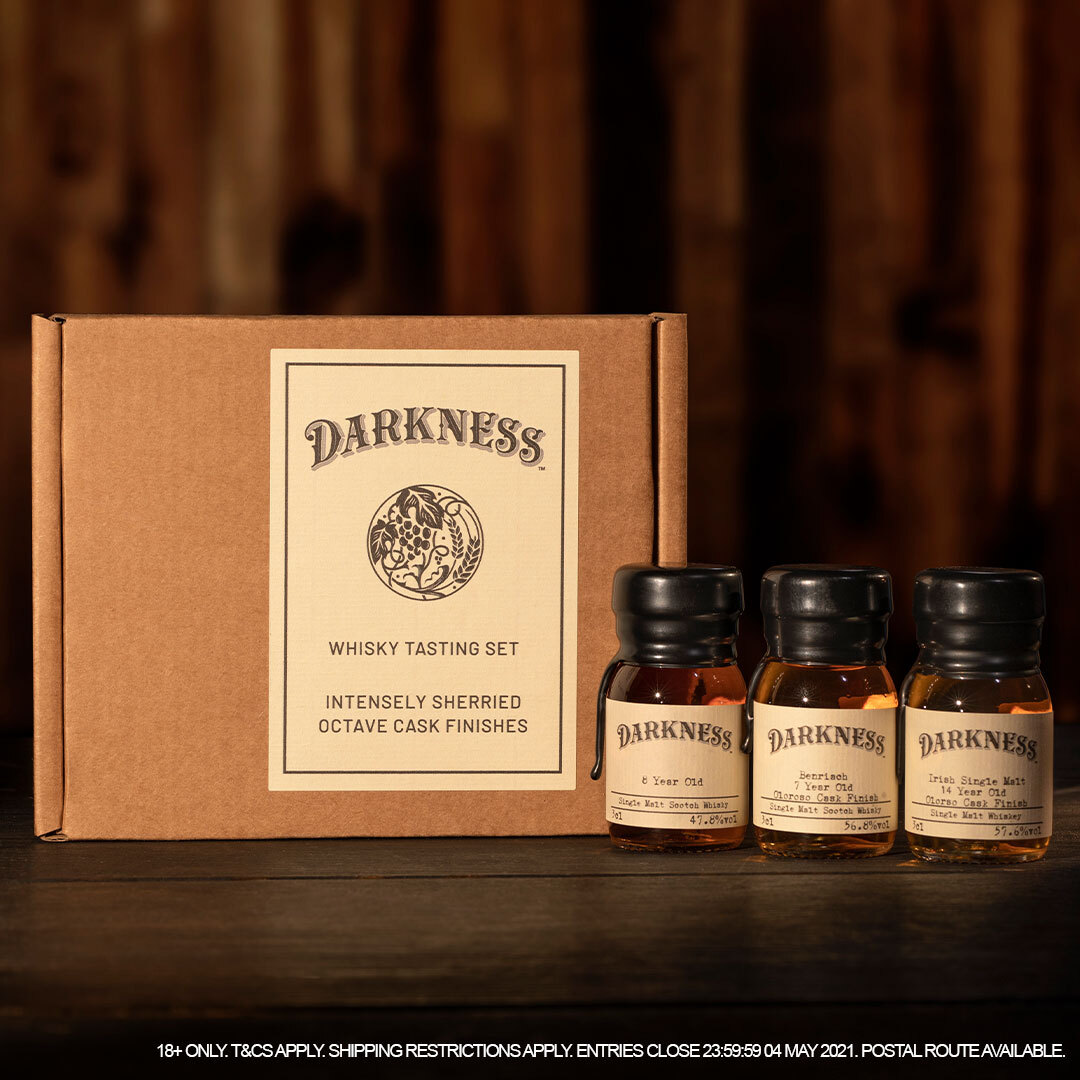 The winners of the VIP BenRiach trips are...