Out of Africa, Procera Gin

Henry Jeffreys
6 Comments on Out of Africa, Procera Gin

Where do you think the world’s best Martini gin (probably) comes from? England? America? France? Wrong, it’s Kenya. We meet Guy Brennan, the man behind Procera, the ultra-premium gin made with African botanicals.

Ex-banking people are ten a penny in the drinks world; it’s not unusual to make a fortune in the City and then put that money in a distillery or vineyard. The man behind Procera gin, Guy Brennan, had a slightly different career in finance. He worked for a micro-finance company in the Democratic Republic of the Congo, generally considered to be one of the world’s most dangerous countries. “I got robbed at gunpoint on day seven”, he told me. Yet, he lasted for three years before moving to the comparative peace of Uganda. “I fell in love with Africa”, he said. He met his American wife in Nairobi where he now lives. 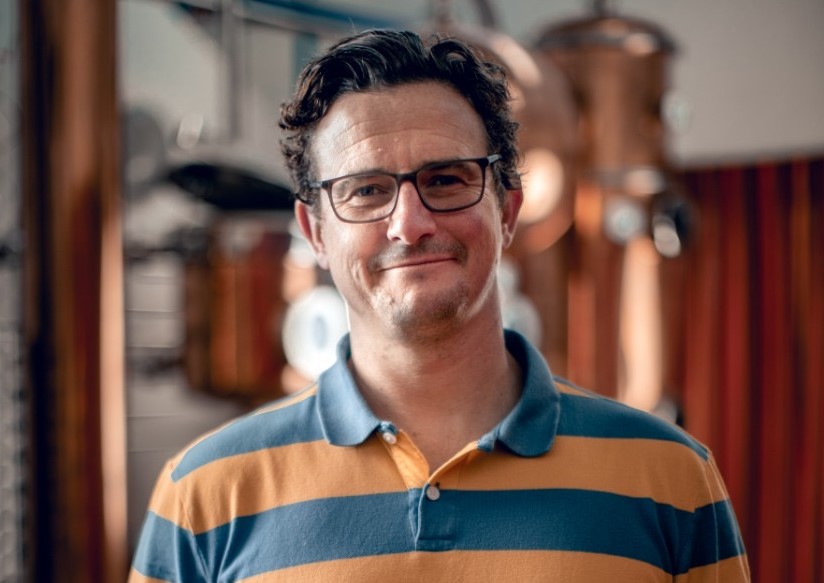 Guy Brennan in front of his Mueller still

The idea for Procera gin came when he was enjoying sundowners in Kenya with three friends. “We’re looking at those botanicals on the bottle and a large majority of them come from Africa and we said ‘why are we sending all these botanicals to London for some guys to distill it, to put it in this bottle, to send it back here for us to drink. Why don’t we make a gin?’” he said. “And we looked around and we said ‘because we don’t know how to make gin’”. Most friends would have left it there but Brennan and his friends, one of whom owns a brewery in Kenya and raises cattle, the other runs a restaurant, are some of life’s doers, so they decided to do something.

Brennan took a trip to meet one of Africa’s greatest distillers, Roger Jorgensen, on his farm in the Western Cape. That was in August 2017. Jorgensen has won more awards than you can shake a stick at and has become a guru for the continent’s distillers: Brennan described the visit as “going to the Dagobah system to visit Yoda.” In his baggage was an illicit substance, Kenyan green juniper, juniperus procera (hence the name of the gin). Almost every gin in the world uses European juniper, juniperus communis. Brennan picked up the story: “When I took a handful of these juniper berries I’d collected myself in the forest in Nairobi to him, and we distilled them, he looked at me and said ‘Guy, this is going to change gin’. And since then, that was two and a half years ago, Roger’s sold his farm in Capetown and he’s moved to Kenya.”

It took a while, however, to get the recipe right. The finished gin uses a little Macedonian juniper, about one third. Brennan said it just didn’t taste as good with pure juniperus procera. Apart from that everything else is African. The neutral spirit comes from Kenyan sugar cane, there’s Somali acacia honey (incredible on its own), cardamom and mace from Zanzibar (see film above) among the botanical mix. They go out and collect the juniper themselves, the only competition are baboons.

They started out using a “hillbilly still” but now have a state of the art Mueller, the “Rolls-Royce of stills” as Brennan put it. Mueller father and son even came out to set it up, the first one they had sold in Africa. Jorgensen has a special technique for preserving the freshness of the botanicals. “They are put in a pillow case and steeped in the spirit, a warm maceration at 40°C. That extracts a lot of the essential oils. But then he would take out the pillowcase, so there was no organic matter in the pot”, said Brennan. This avoids heavy flavours and gives a freshness which makes Procera particularly good drunk neat or in a Martini. 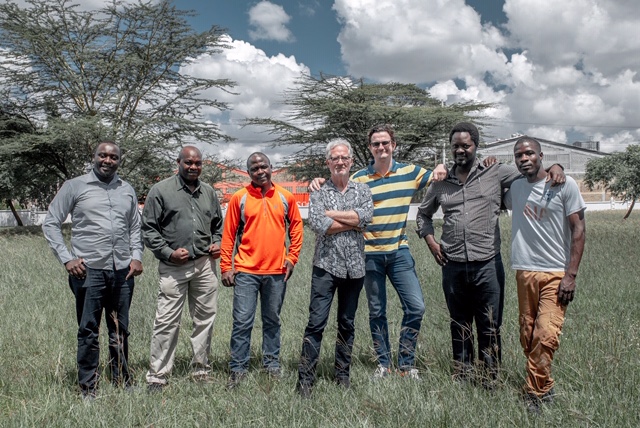 Team Procera, Jorgensen is the man in the middle

Procera struck a chord right away winning a Michelangelo Award (important spirits competition in South Africa). In June 2018, they took some gin made on the basic still to Junipalooza in London. Brennan said: “We didn’t even have bottles ready. We had some sampling ones, but we decided to start selling them at £60 and we sold more than any of the other 75 exhibitors as the most expensive gin at Junipalooza.” It’s been a massive hit behind the bar too. Alessandro Palazzi from Duke’s Bar in London is a particular fan offering a super pricey Procera Martini. Brennan continued: “as of April last year there was not an African product on the back bar of any of the top hotels in London. Now the most expensive gin from the Connaught, to the Savoy’s American Bar, to Dukes, to Claridge’s, to Annabel’s is African.”

Brennan fizzes with boyish enthusiasm, not just about his product but about being a good news story from Africa. “It’s not a disaster narrative, it’s not corruption, it’s not famine,” he said, “something that is the best in its class can come from Africa.” You don’t buy Procera because you want to help Africa, you buy it for the same reason people buy Balvenie or Hine, because of the quality. The packaging reflects the excellence of African craftsmanship too: hand-blown Kitengela glass, the stopper produced by Rampel Designs, a high end furniture company, and the leatherwork by Sandstorm, a Kenyan brand that makes handbags worn by Kate Middleton, no less. It’s stylish, resolutely non-blingy, and the used bottle makes a great carafe. 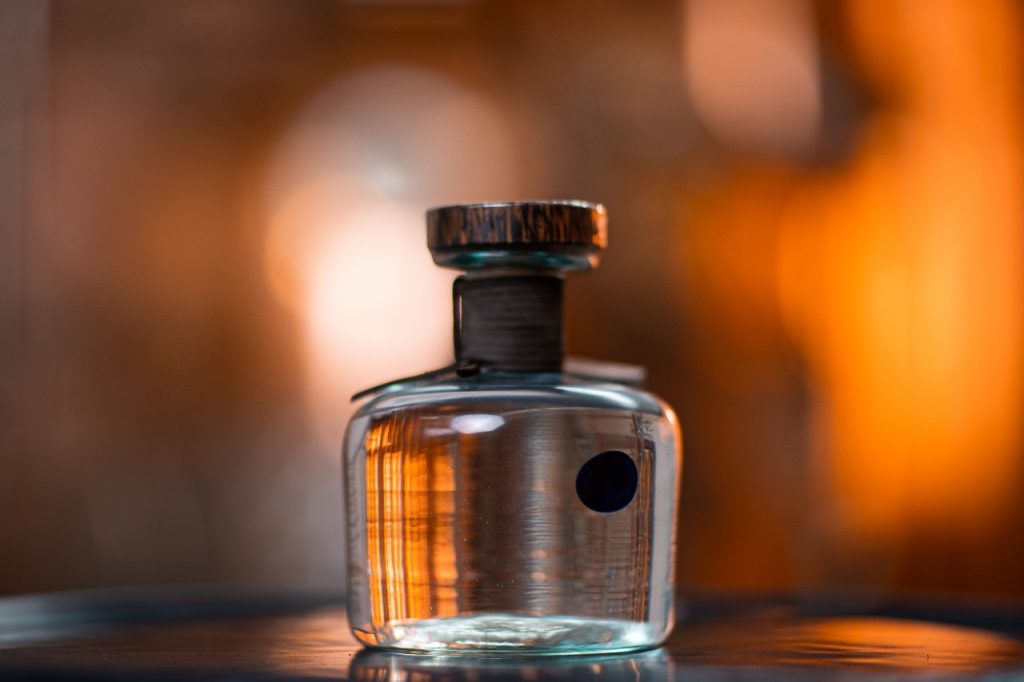 There’s no doubt that it’s one of the world’s finest gins. I tried it at Imbibe Live last year and the freshness and intensity blew me away. As Brennan put it: “Green juniper makes a huge difference. That’s what you smell, you smell that fresh brightness, you know? Fresh citrus? It just pops, right? Dried citrus is lovely, but it’s a different, more caramelised nuance.” Meeting with Brennan in February he took me through the Procera taste test. First I tried it neat and it’s superb, fresh and spicy, with not a hint of harshness. Also very long. There’s a real beginning, middle and end. But the real magic happens when you add ice, it brings out a creaminess, the texture thickens, it’s a joy to swill around your mouth. No wonder it’s proved such a hit with Palazzi at Dukes Bar.

Because Procera doesn’t have those heavy flavours you get in a classic London Dry Gin, it’s actually not that good in a G&T. The tonic water overpowers it. Brennan and team are working on a new version gin, which will be labelled with a red dot, the current version has a blue one. It will have a heavier botanical presence to go with tonic. It was due to appear later in the year though that is certain to be delayed because of you know what. But in the meantime, he has produced a botanical salt, a sprinkle of which provides the oomph needed to take on Fever Tree tonic water. Clever stuff. It’s also nice on chips.

There are also plans for an African 55 gin, with one botanical from each of the African countries. Meanwhile, the best way to enjoy Procera is in a very dry Martini: just a touch of Sacred Vermouth, a little dilution and I wouldn’t use any lemon peel, you really want to savour the taste of Africa.

Procera gin is available now from Master of Malt.

Master of Malt @MasterOfMalt
58 minutes ago
How do we get into the festival spirit at Master of Malt? With a festival of freaking spirits, of course. Summer is served! 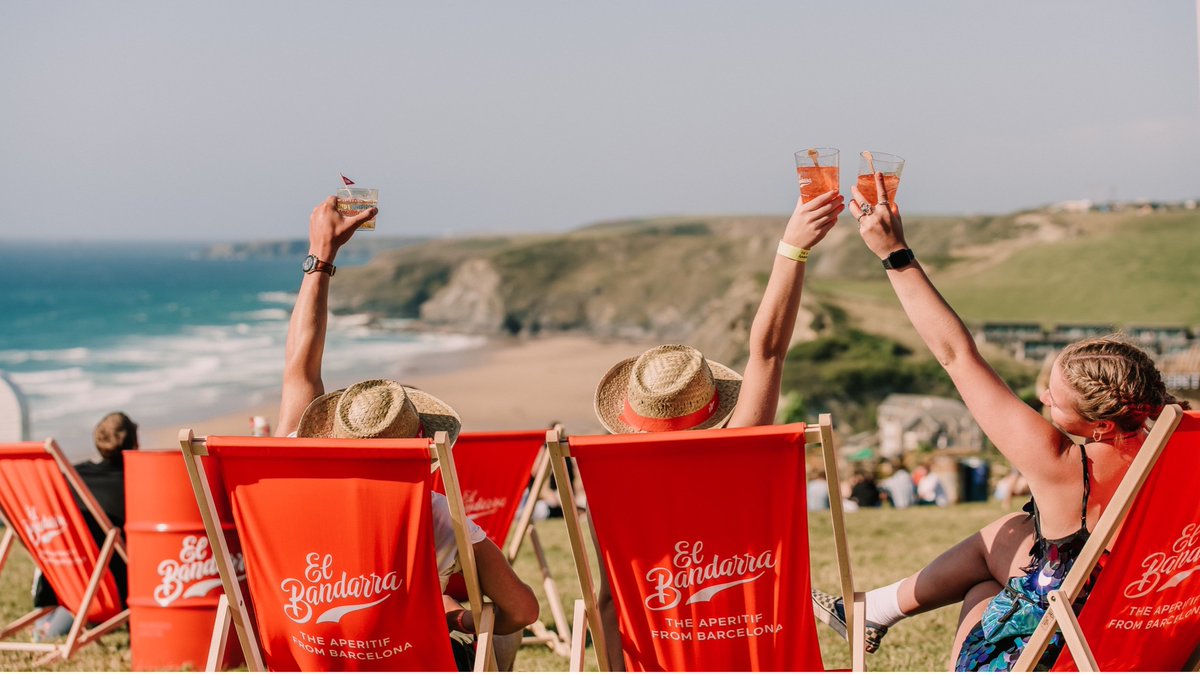 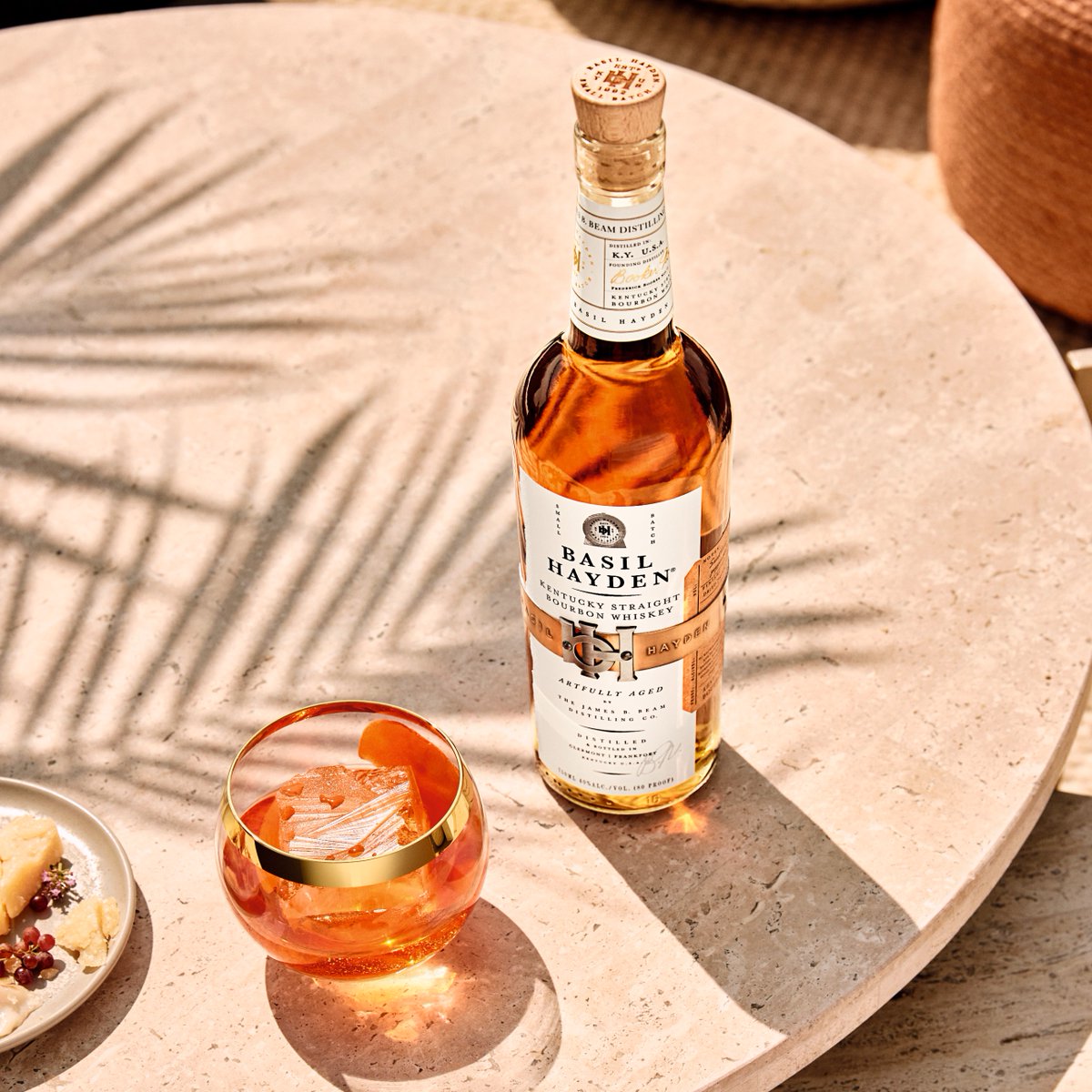 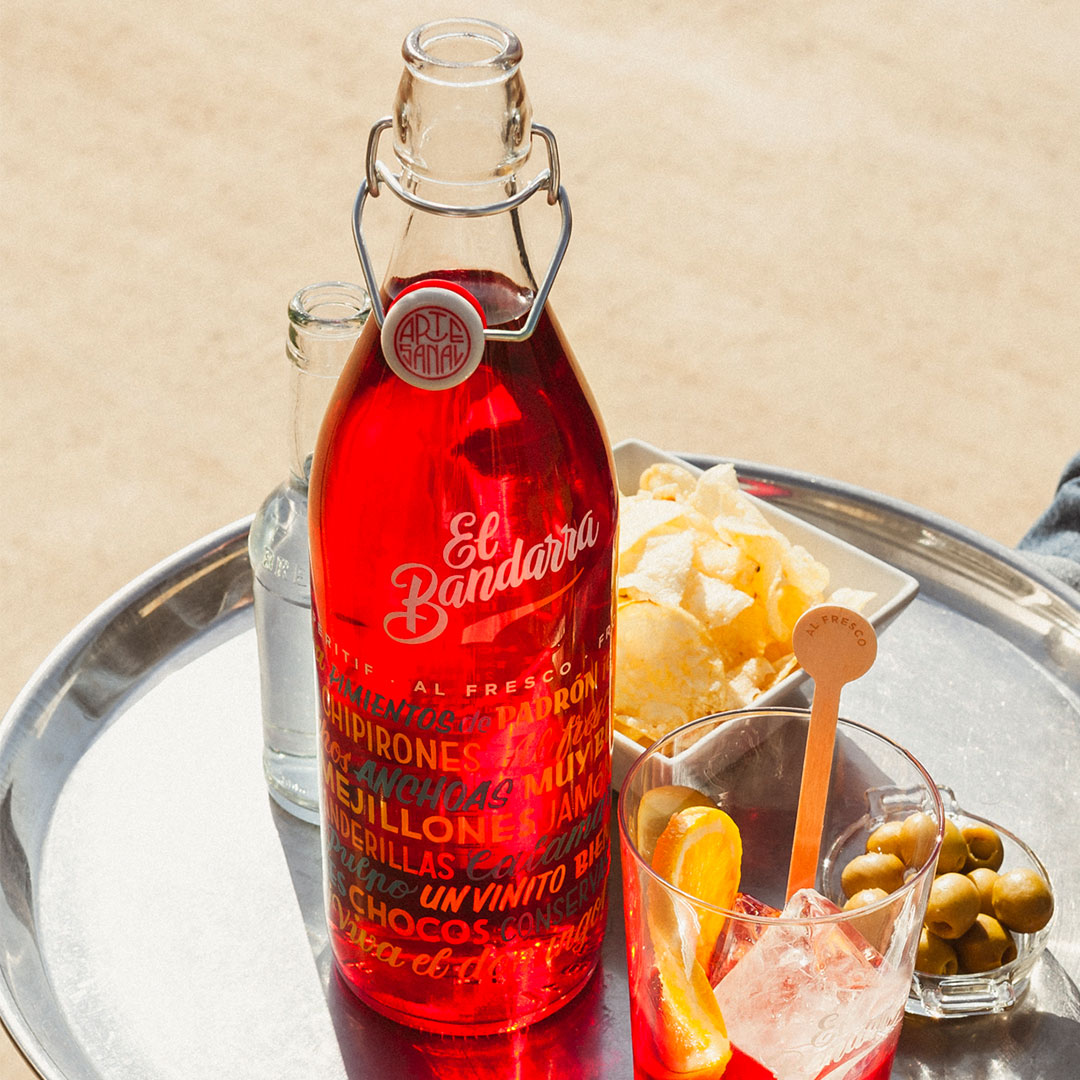 Sip on some superb Speysiders!