Kristiane Sherry
1 Comment on Our top drinks trends for 2020!

The start of a new year means one thing at MoM Towers: time to crack out the crystal ball and predict what will be in our glasses throughout the year. Read on for our top drinks trends for 2020!

It’s not just a new year – 2020 brings with it a box-fresh decade, too. But what will be drinking this year? We’ve had a good chinwag in the office, looked at sales trends from the last few years and kept our ears to the ground for word of the Next Big Thing in booze.

Before we crack on with our top ten trends, a quick note on two topics. First up: sustainability in terms of both production and packaging. We reckon every single producer should have this on their radar by now. We’re working hard to make our own ops here are as lean and green as they can possibly be. It’s not a trend, just the right way to do things. We’ve not included this in our list as it’s a societal shift that’s here to stay. Similar with low- and no-alcohol products. 2019 saw the segment explode – but it’s not going anywhere. Brands that give us the option to drink less alcohol while keeping things delicious are a welcome and permanent part of the drinks industry.

So. What else does the year have in store? This is what we reckon we’ll be drinking for the next 12 months! 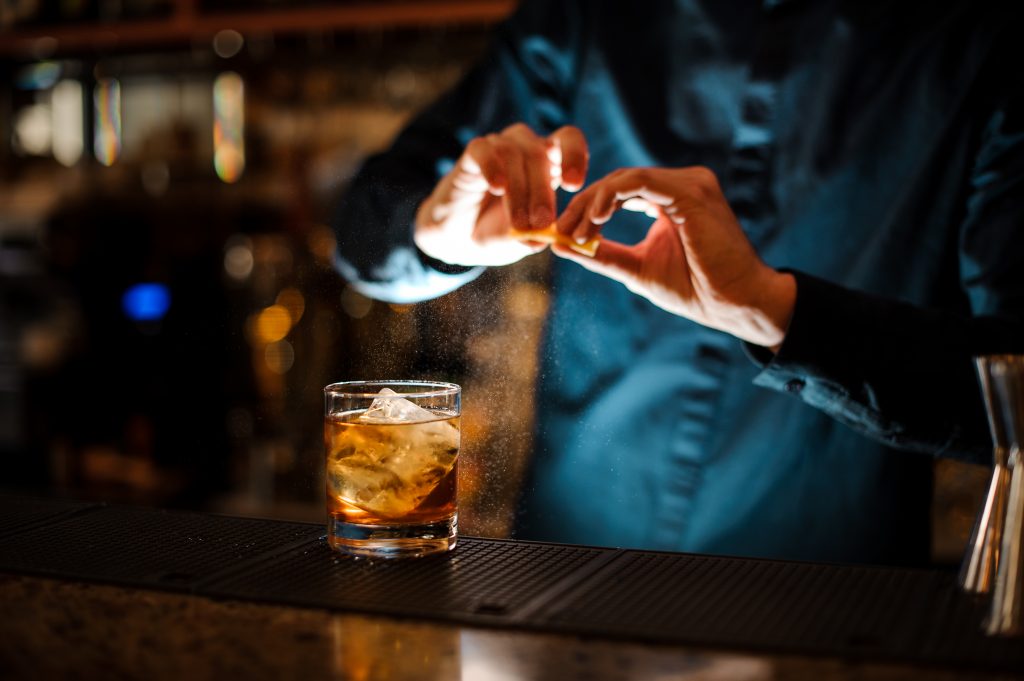 Spiced rums will continue their dominance into 2020

Spiced and flavoured rums are just getting started

One of the runaway successes of 2019 has been spiced and flavoured rums. In fact, over the whole of 2019, 15 of our top 20 rum best sellers were spiced or flavoured. It’s a trend that accelerated over the course of the year, and while you’d expect an uptick in November and December (hello Christmas!), sales of the likes of Bombo, Cloven Hoof and Pirate’s Grog rums are in year-on-year growth for the start of January, too. One shift we think we’ll see? A move towards more ‘grown-up’ flavours and bottle designs. Spiced and flavoured rums don’t have to be all about the party; they can hold their own as respectable cocktail ingredients, too. 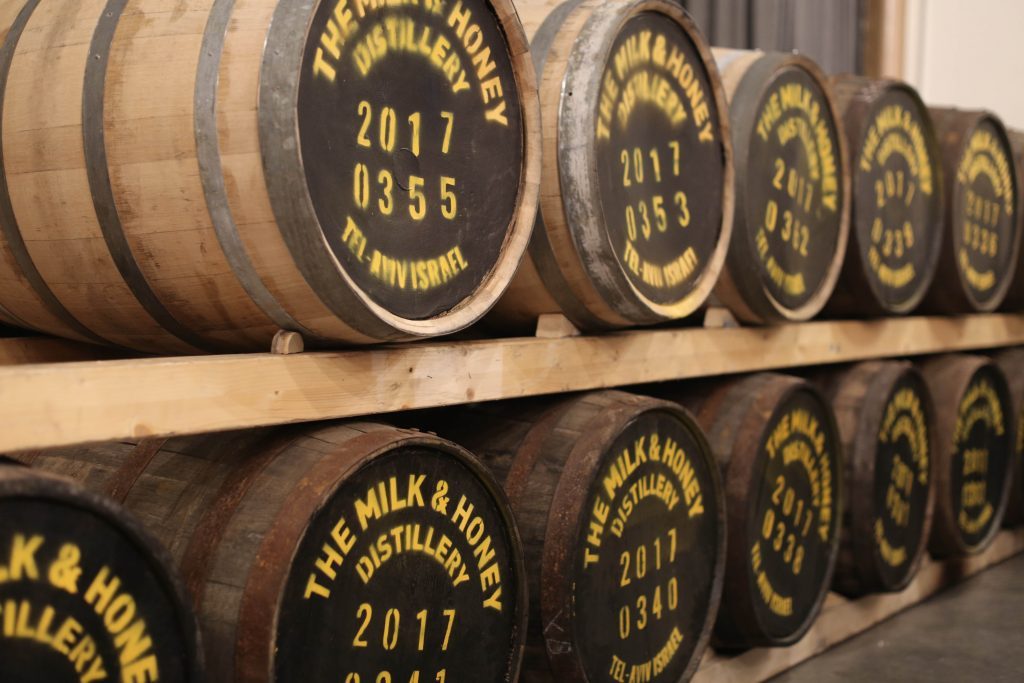 No need for a passport – explore the world through whisky!

Move over, Scotland. Hang back, America. You too, Ireland and Japan. Yes, you make delicious whiskies. But 2020 looks set to be the year that world whisky meaningfully comes to the fore for more of us. Take Israel, for example. There are three distilleries already up and running (Milk & Honey, Golan Heights, Pelter), but there’s the Jerusalem Distillery, Legends Distillery and Eder’i Malthouse and Distillery all hot on their heels. Up in Finland, you’ve got Kyrö, Teerenpeli, The Helsinki Distilling Co, and Panimoravintola (and no doubt numerous others at the development stage). Australian whisky continues to gain momentum (Starward, Sullivans Cove, and Hellyers Road, anyone?), and we’re excited by what distillers are doing across New Zealand, Sweden and France, too. And there’s India, South Africa, England, Wales, The Netherlands… you get the picture. We’re also thrilled by the geographic diversity of whisky production and the different approaches and flavours inherent in that. We reckon loads of you will be, too. 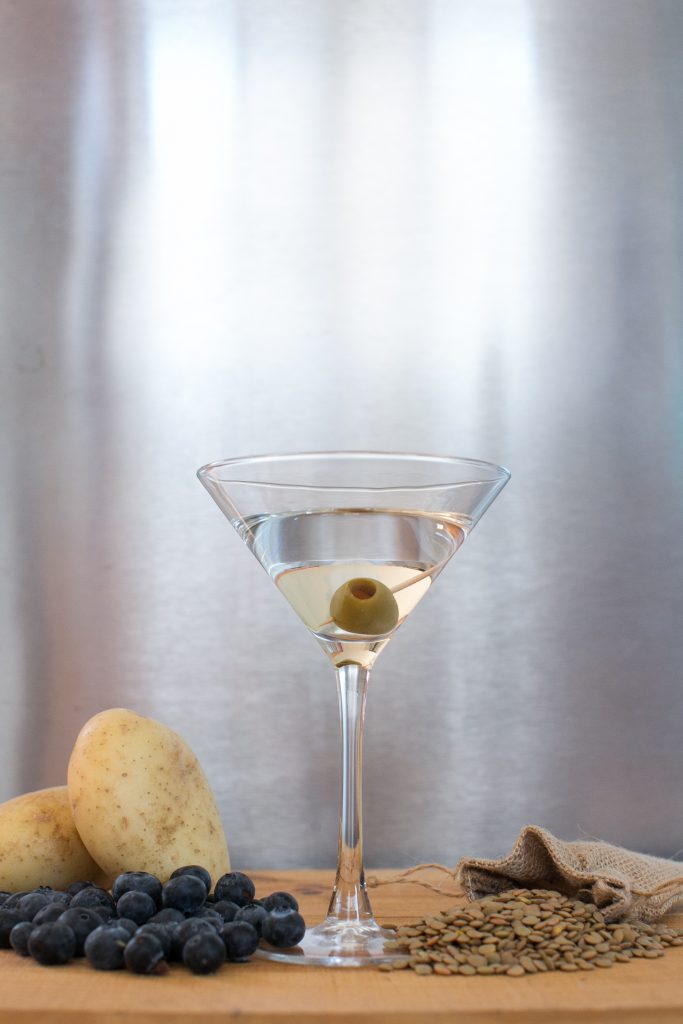 Get set for a vodka revival

A slightly unexpected one, now. Did you know our vodka sales in 2019 soared by 30% year-on-year? It’s a bit of a surprise for us, too. Bottle sales ramped up gradually but noticeably over the course of the year, and it initially had us scratching our heads. After a pretty break time in the 2000s and 2010s, why is vodka falling back into favour? We looked at our top-sellers and noticed a couple of things. It’s generally not flavoured vodka that’s hitting the mark (a couple of notable exceptions: Thunder Toffee Vodka and Whitley Neill Blood Orange Vodka). Instead, it’s the classic, neutral, big names that seem to have appeal. But that’s not all. Smaller brands playing on their legitimate flavour differences derived from their raw materials are doing especially well. We think the likes of Black Cow Vodka (made from leftover whey from cheese-making), East London Liquor Company 100% Wheat Vodka and Konik’s Tail (made with three different grains: spelt, rye and wheat) will drive this trend forward into 2020.

Hard seltzers will be A Thing

Call them what you like (the seltzer vs. soda debate could go on), but this sparkling, low-ABV mix of flavoured water and booze isn’t going anywhere. Hard seltzers have been big news Stateside for some time now, and we reckon 2020 is the year they’ll make their presence really felt this side of the Pond. Why? Beer sales are down, people are embracing low- and no-, and we’re all rather partial to a train tinnie, which, if you think about what cocktails in a can actually are, we’re barely a swift step from a hard seltzer anyway. Last year saw the UK launch of Mike’s Hard Sparkling Water, and native names DRTY Hard Seltzer and Bodega Bay are already in the market. Plus, White Claw, the US hard seltzer hero, has already registered its trademark here, too. We’re ready. 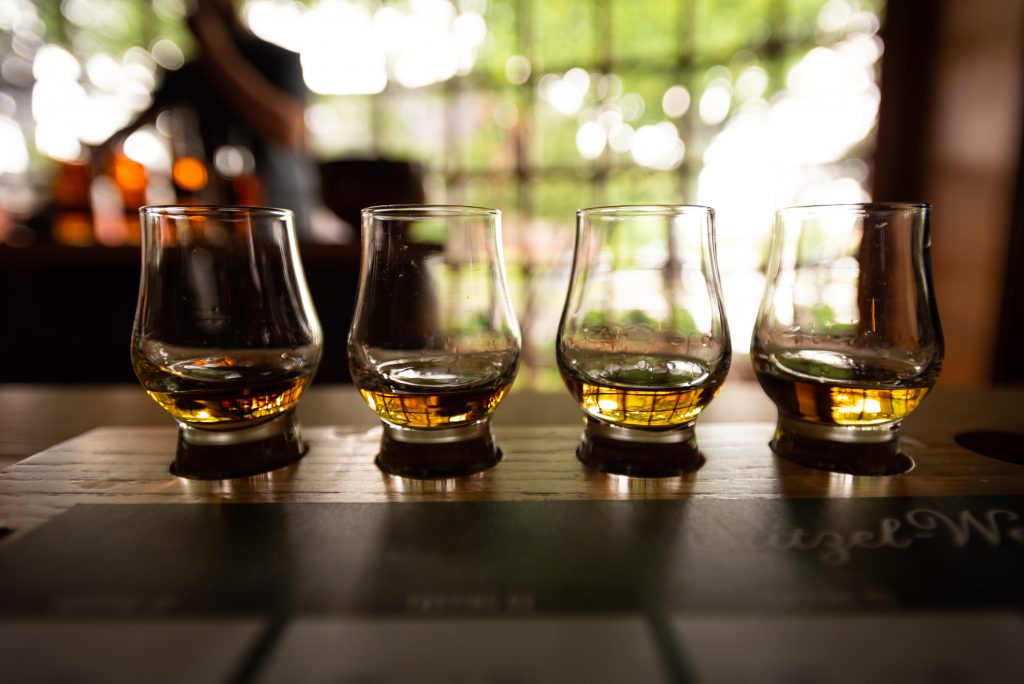 American single malts for the win!

Hands up who loves American whiskey? Us too. And it’s hardly new. So why does it feature on our list of drinks trends for 2020? Bourbon has long been seen as a synonym for American whiskey, but when you think about its legal definition (in short, it’s made in the US; its mashbill recipe contains a minimum of 51% corn; it’s matured in new, charred oak) it becomes clear there’s a whole load more to American whiskey than perhaps we collectively understand. Step in rye. Come in, American single malt. Oh hello, wheat whiskeys. And of course, there’s a whole host of category-defying whiskeys coming out of the US that can’t be called bourbon. Rules are there to be broken, and when distillers shrug off the bourbon confines, deliciousness can spring forth, and we think 2020 is the year we’ll get to grips with these expressions. Want in now? Check out Balcones Texas Single Malt, Uncle Nearest 1856 Premium Whiskey, St. George Baller Single Malt, and WhistlePig 12 Year Old – Old World. 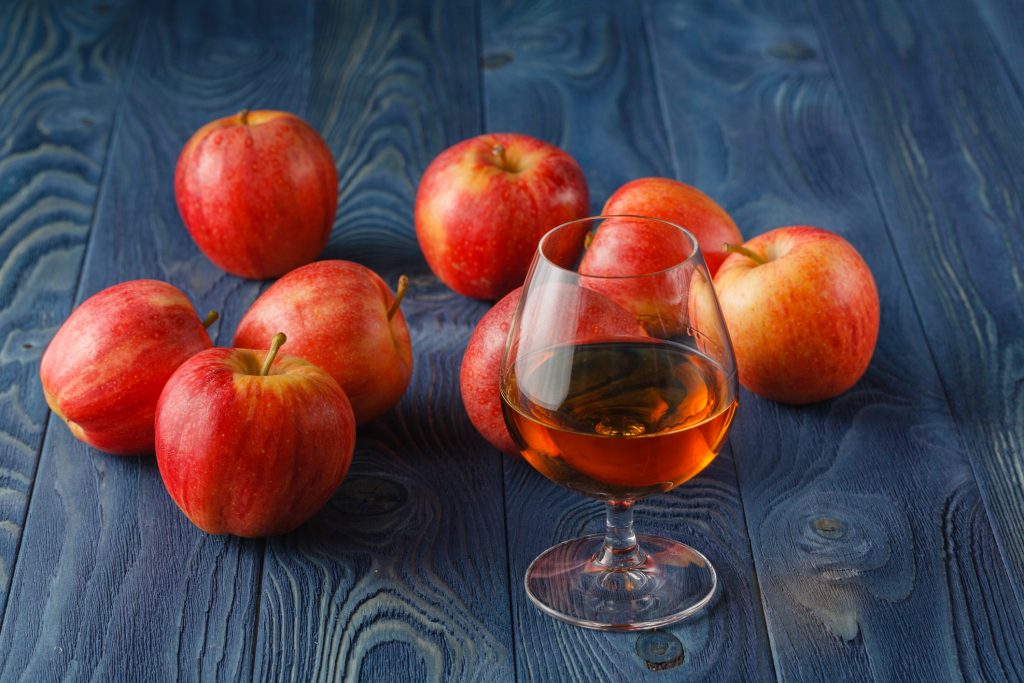 If you’re unfamiliar with this historical French brandy, you are not alone. Calvados is made from apples and pears in Normandy, distilled in either traditional alembic or column stills, and is aged for at least two years. And it’s mighty tasty. We’re waking up to its mixing and sipping potential: last year our Calvados sales soared by an enormous 40% in 2019 over 2018. One of the key drivers was the launch of Avallen in June, a more modern expression that is all about sustainability and boosting biodiversity. Calvados Coquerel has undertaken a re-brand, bringing more energy to the category. And the likes of Berneroy and Château du Breuil are also seeing renewed momentum. 2020 is the time for Calvados to shine. 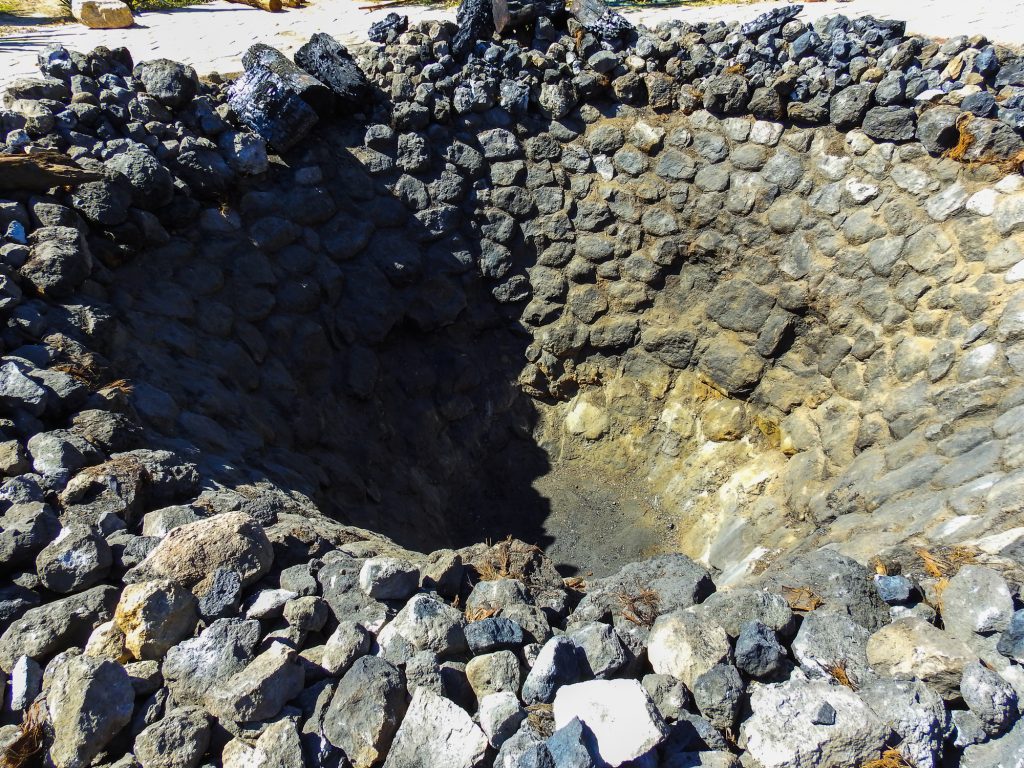 How mezcal gets its smoke

The advent of Mezcal

Tequila’s smoky cousin made its presence felt in 2019, when we saw sales climb by 31%. But what will 2020 have in store for Mezcal? Quite a lot, we think (especially when you consider its 2017-18 growth stood at just 5%). The biggest-selling brands are increasingly well-recognised (Del Maguey, Pensador and Montelobos are rapidly becoming familiar names), and customers in bars and in shops (on and offline) have a deeper understanding of the Mexican spirit. So, what’s next? More at-home mixing and sipping, and a deeper appreciation for all things Mezcal out and about. Bring. It. On. 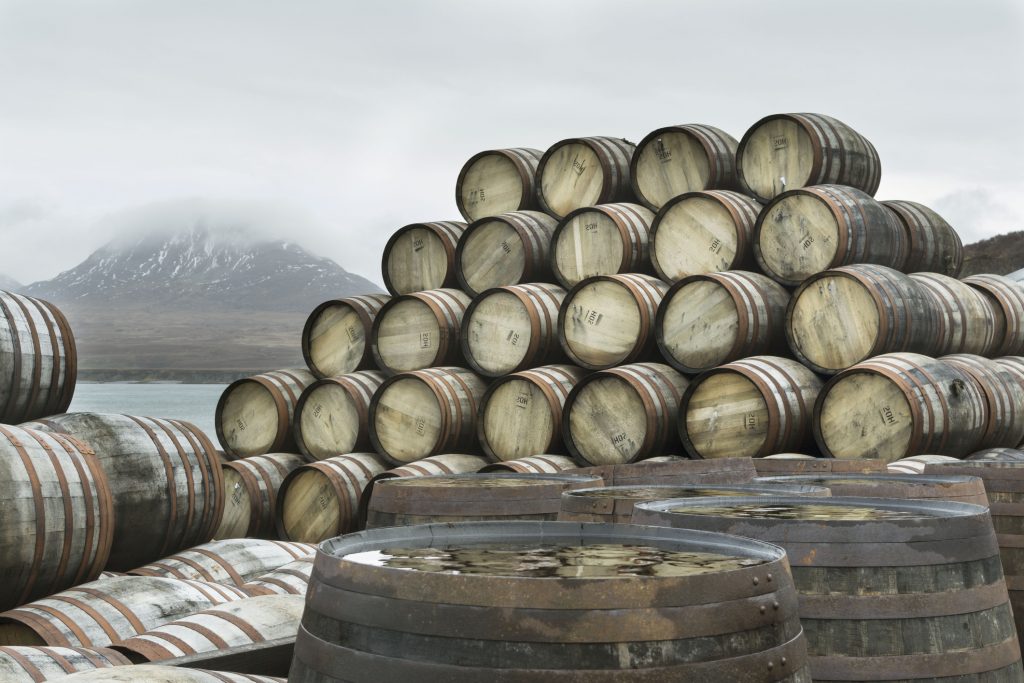 Bit cold out there

In June 2019, the Scotch Whisky Association widened the list of permitted cask types in Scotch whisky production. In short, as long as what was previously held in that cask wasn’t made with stone fruits, and hasn’t had flavourings or sweetening added, you’re good to go. It wasn’t an unexpected decision, and loads of Scotch distillers already had experiments under way (Glen Moray Rhum Agricole Cask Finish Project, we’re looking at you). So what? In 2020 we reckon we’ll see loads more esoteric expressions, perhaps some agave finishes, and maybe even some Calvados casks. And probably some stuff we’ve not even thought of yet. Get set for a new wave of flavour in Scotch whisky. (At this point, we’d also like to add a nod to Irish distilleries, who have been playing with different casks for some time.) 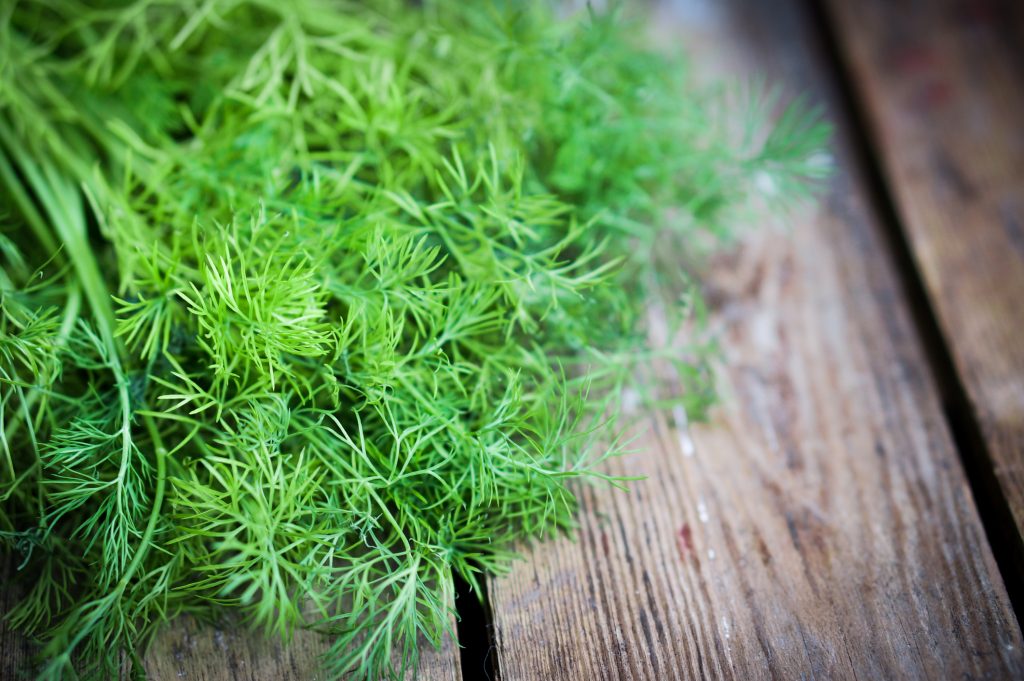 An age of aquavit

Similar to Calvados, aquavit is a traditional category with strong local ties that flies way too low under the radar for our liking. We’re going to stick our necks out and say 2020 is going to be the year that starts to change. To kick off, last year our aquavit sales blossomed by 27%. More people are seeking out the dill- or caraway-flavoured Scandi spirit than ever. What’s also interesting is that some producers in international markets are looking to aquavit for inspiration and are crafting their own expressions, most notably Svöl Danish-Style Aquavit, from Brooklyn, and Psychopomp Aqvavit, hailing from Bristol, UK. This comes hot on the heels of the botanical spirits trend – tried all manner of gins and want something new? Eschew the juniper and look to aquavit instead. It’s a narrative that could well play out this year. 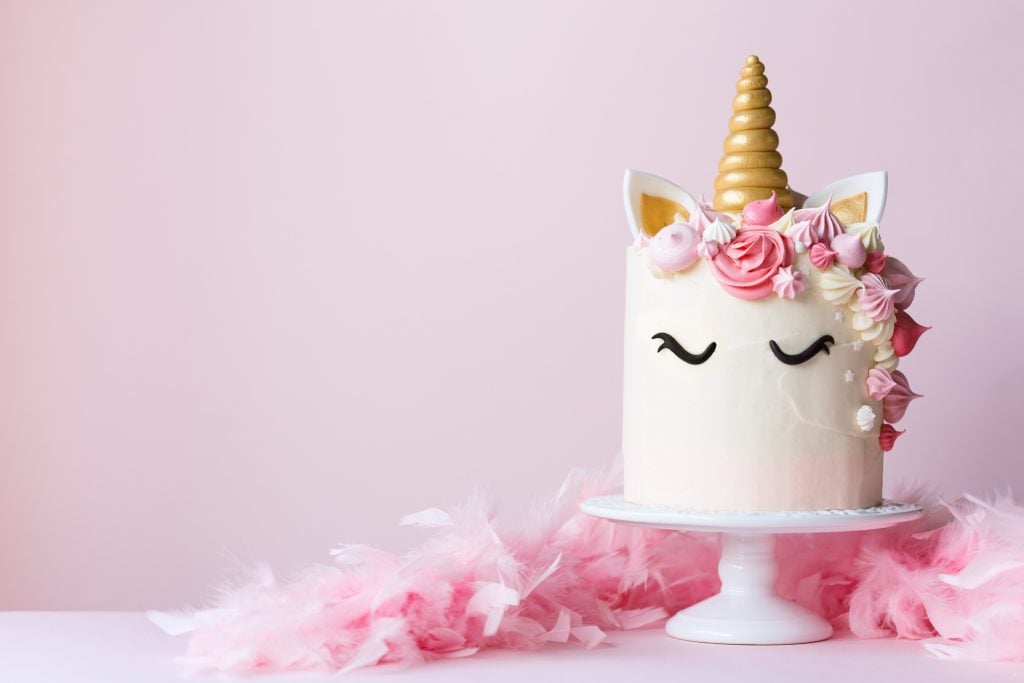 2019 was a bumper year for liqueurs, growing 31% to rank as our third-largest drinks category by bottle sales. It’s a notoriously diverse category, defined really only by sugar levels rather than style or flavour. Good job really, three of our top 10 most popular liqueur products are ‘unicorn’ flavoured, whatever that means. There has been a slight shift already though: for the last three months of the year, whisky, coffee, herbal and caramel varieties proved far more popular. Yes, it could be Christmas. But we reckon there’s an underlying trend of a return to more conventional liqueur flavours. Yes, they’re still going to be sweet (that’s kind of the point). But 2020 looks likely to be the year more traditional liqueur variants reclaim the realm from mythical beasts.

Over to you! What do you think will be the biggest drinks trends for 2020? Have we missed something out or got it wildly wrong? Let us know your thoughts in the comments below, and on social!

Master of Malt @MasterOfMalt
2 hours ago
Win a trip to Tennessee courtesy of @JackDanielsUK! To enter, pick up either of today's exciting new releases, Jack Daniel’s Triple Mash or Jack Daniel’s Bonded now. They're in the building – and flying back out pretty fast. 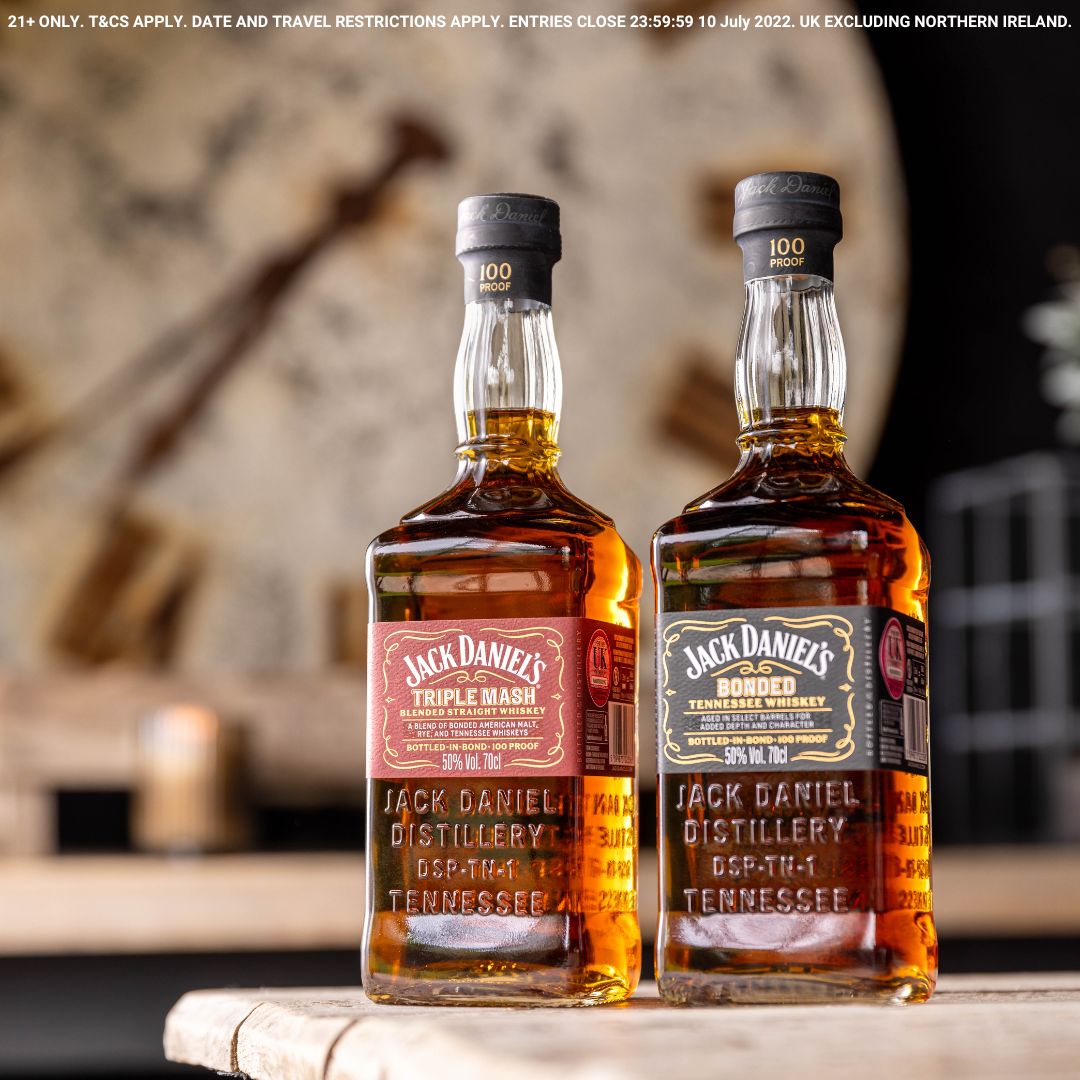 Master of Malt @MasterOfMalt
2 hours ago
If you're a fan of bananas and rum then we reckon you'll find Project #173 Banana Rum pretty ap*peel*ing. 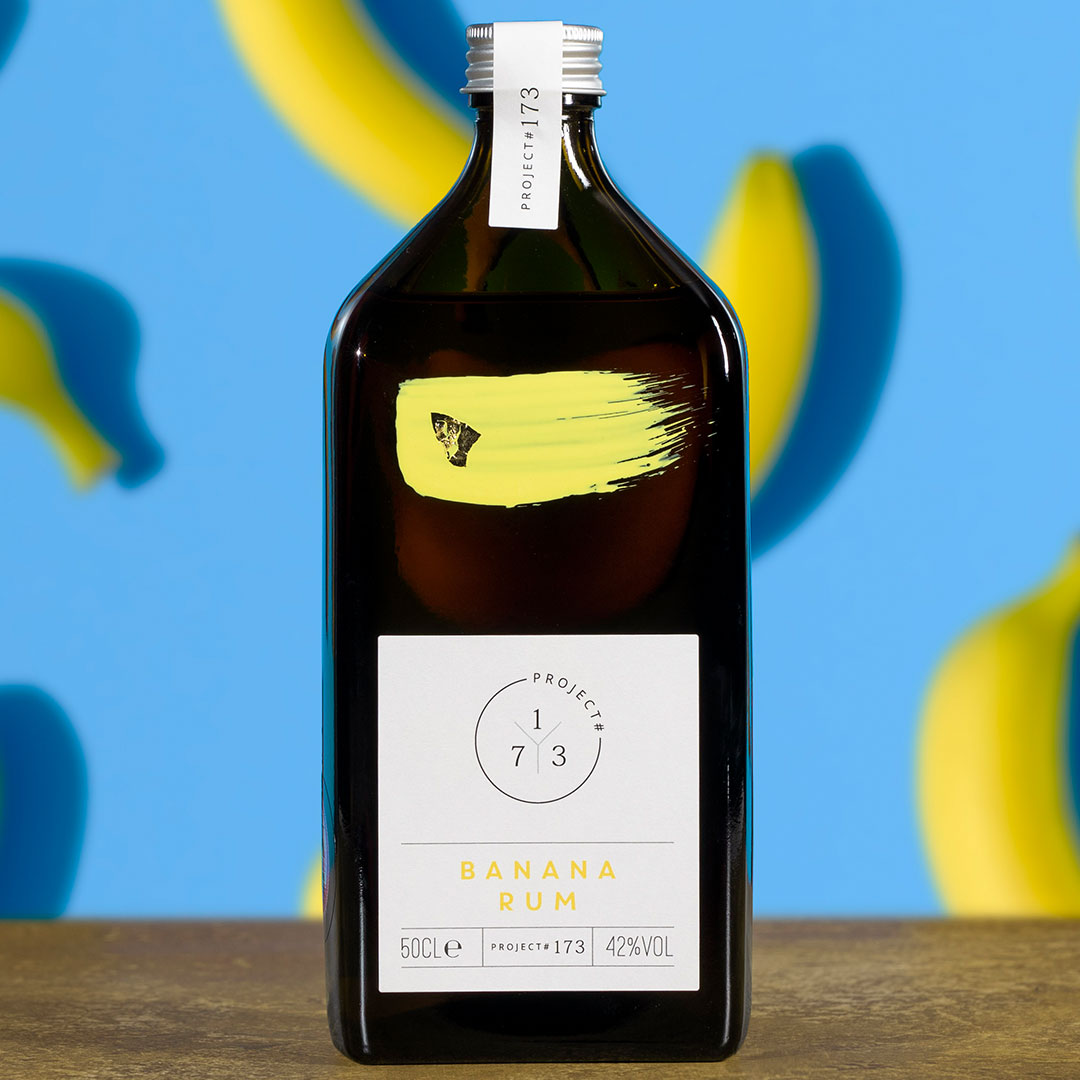 Master of Malt @MasterOfMalt
18 hours ago
Pride is back in a big way this year. So for those venturing into London to party on 2 July, Sam Shirley has picked five Soho bars to celebrate Pride including such legendary venues as @freedombarsoho, @granddameofsoho and others. Have fun!

Cocktail of the Week: The Apple Dog