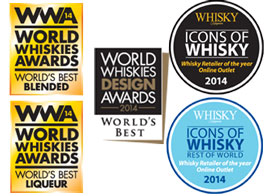 So – it’s that time of year again.

Last week, we attended the Whisky Magazine World Whiskies Awards (and Icons of Whisky), and came away with a slew of trophies and awards to show for another year’s hard work.

First things first – we’re absolutely delighted to announce that we’ve retained our crown as ‘World’s Best Online Whisky Retailer’ for the third year on the trot. An absolutely fabulous achievement which we’re immensely proud of. We’ve said this before (and will keep on shouting it from the rooftops) but our site remains the only purpose-built online whisky shop coded from the ground up. It took an extraordinary amount of effort to build something that wasn’t based on a standard e-commerce platform, and we’re all hugely proud of the software stack we’ve built. 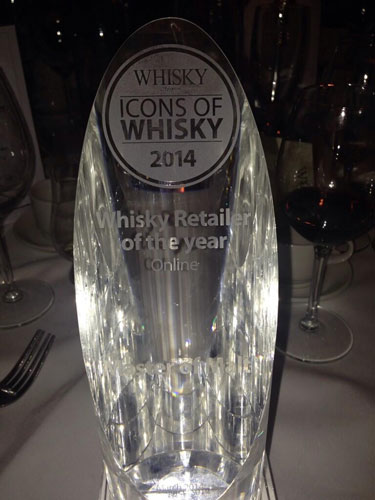 To retain this award for another year means the world to us, it also solidifies our view that the direction we’re taking – providing as much information for you, the customer, to make your decision, with un-biased and uncensored reviews of all products – is the right one. We will, of course, keep striving to provide excellent value, and customer service that is second-to-none, and welcome all your feedback as to how we could improve. Provide some below in the comments box. Go on. You know you want to.

On that note – we also won another award last year, which breaks out of the drinks-industry-awards-circuit – Small* Retailer of the Year at the e-commerce awards 2013. We’re immensely proud to even have been nominated for this award, and to win it was a huge, and absolutely delightful shock. 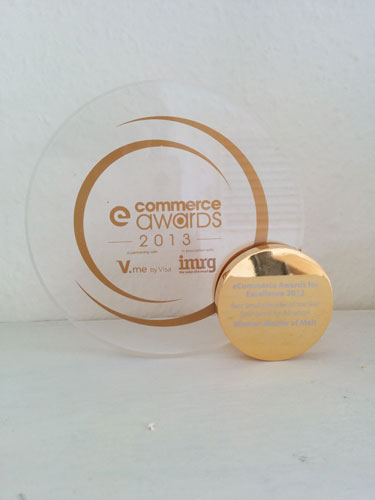 Talking of shocks – none of us were expecting in our wildest dreams that something that started as a bit of a pet project / thought experiment back in 2011, would turn into a product that would scoop the trophy for ‘World’s Best Blended Whisky’, especially given the company of the blends it was judged against. Introducing (amazingly, for the first time on the blog) The Lost Distilleries Blend, by The Blended Whisky Company**: 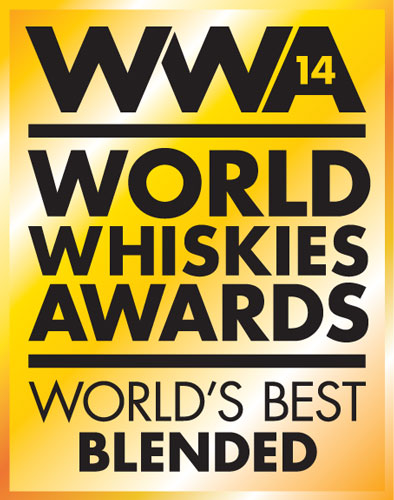 This whisky is sort of a ‘does what it says on the tin*** product – it’s made entirely from whiskies from closed distilleries (both grain and malt). Batch 4 (which is now available to purchase) contains malts from Rosebank, Littlemill, Imperial, Mosstowie, Glen Keith and Port Ellen. In fact, the only peat that’s in the blend (and it’s definitely detectable) is from Port Ellen. The holy grail of closed distilleries.

When putting this blend together, I took the somewhat unique approach of what I’m now going to coin ‘double-top-dressing’ – that is to say I put together a blend of grain whiskies, and a blend of malt whiskies, separately. Both of these were exceptional in their own right, before they were combined to create a blended whisky. This is in contrast to the way one would usually construct a blend – starting with grain, adding mid-palate ‘packer’ malts, then top-dressing with more luxurious whiskies. We think it worked quite well, and the ratification of a panel of highly knowledgeable blind-tasters is an absolutely superb achievement of which we are incredibly proud.

Now it goes without saying that at £350 a bottle, this isn’t a cheap dram, but the superlative quality of the whiskies that make up the blend justify the price, and we do hope that you’ll get a chance to try a dram at some point. If there’s a special occasion coming up…

For the second year in a row, we also retained the ‘World’s Best Whisky Liqueur’ Trophy for our 40yo Speyside Whisky Liqueur. This was a superb achievement given the relative explosion of whisky liqueurs of all flavours and types from all over the world in the past 12 months. 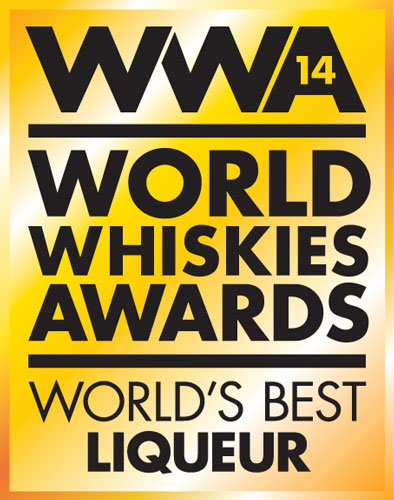 To talk about that for a moment – The 40yo Speyside Whisky Liqueur is a thoroughly delicious thing that we’re immensely proud of, but at heart it’s really a very, very simple beast. 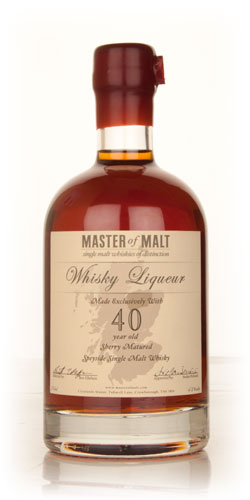 With all of our liqueurs, the 10yo, 15yo, 21yo, 30yo, and 40yo, the brief I employed when developing them was incredibly straight-forward: Find the flavours that are present in the base whisky, and enhance and accentuate them using natural extracts. Much like seasoning a dish – the flavours aren’t there to dominate. Then add sugar, because, well, you know. Sugar makes things nicer.

In the 10yo, for example, I found huge notes of orange and cinnamon – so orange and cinnamon were added to heighten these tones. In the 21yo, Grapefruit and Lemon were there in spades, so lemon and grapefruit peel extracts were added. With the 40yo, the rancio on the palate had taken over from so many years in Sherry wood, so very little ‘seasoning’ was employed, centering around the same Cinnamon and Orange, with a little additional clove. The level of the seasoning in the 40yo is a fraction of what’s present in the 10yo liqueur, because the whisky had so much more to say.

It’s probably worth noting that in the Whisky Liqueur Category, we had a bit of a clean-sweep. A quick glance at the page in this year’s awards edition reveals not only the trophy for the 40yo, but Silver and Bronze to another two of our products, the 15yo Liqueur and the Maple Whiskey Liqueur. 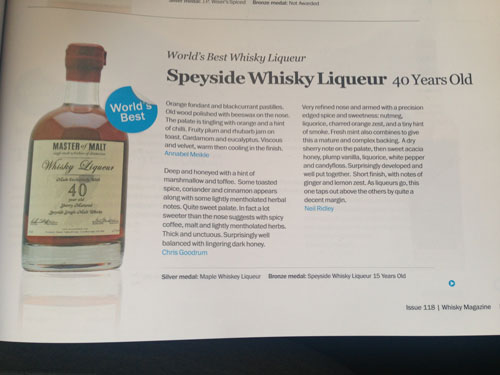 The only other liquid category which we can have a pop at for the moment**** is ‘Blended Malt‘. Watch this space, as in a couple of weeks’ time we’re going to be making an announcement on that front, which will doubtless see some award entries in the next 12 months as a result…

We also picked up a design award this year – ‘World’s Best Grain Whisky’ for the Invergordon from That Boutique-y Whisky Company.

Sadly we had to hand back the crown (a metaphorical crown more’s the pity) of ‘Whisky Brand Innovator of the year’ for 2014, but couldn’t be more delighted to have seen it taken by William Grant and Sons. We’ve got a few innovations coming up in the next few months that’ll give everyone a run for their money this year though, so watch this space…

This is the point at which I usually take a deep breath and remind everyone of the various bits and bobs we’ve done/released/achieved in the last 12 months.

Let’s get things underway by apologising to the PR and Marketing departments of all of the major Scotch Whisky Brands for our 60 Year Old Speyside Single Malt (for under £1000). Erm. ‘Sorry’.

Add to this no fewer than 25 releases from That Boutique-y Whisky Company, even more single casks (including 2 Ardbegs and a Macallan), and we’d hope you’d agree that we’re being pretty damned good to you in the ‘delicious and sensibly-priced whisky’ stakes.

Talking of being good to you – we’ve spawned competitions with prizes like trips to Gleneagles, The Balblair Distillery, a party on board a Private Luxury Yacht, Tickets to Dramboree!, inclusion on the Laphroaig TBWC bottling*****, a Bulletproof Carbon Fibre Flask, and loads of bottles of cool stuff for caption competitions.

We also brought you perhaps the ultimate in vicarious living by covering the Islay Whisky Festival in all its glory for the 3rd year in a row.

We picked up a slew of medals at the IWSC back in July including a ‘Gold Outstanding’ for our 30yo Speyside Single Malt. 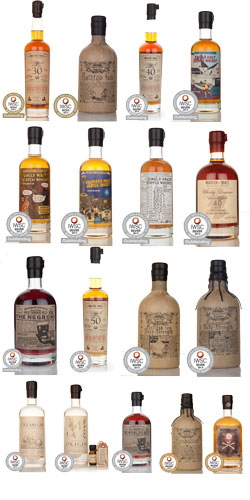 Our much-loved Advent Calendars bred like randy little rabbits in 2013, spawning not only premium versions of both the Whisky and Ginvent Calendars, but Rum, Tequila, Cognac, Absinthe, Armagnac and Vodka ver 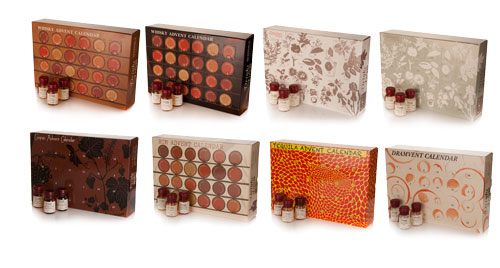 We unchained Professor Cornelius Ampleforth from his radiator in the cellar and encouraged him to design something for Christmas, and he in turn gave forth ‘Christmas Mulled Cup’ – a concoction of all the best bits of Mulled wine, with none of the incompetence or nastiness. The post on this is well worth a read if you’ve got time. Here it is. Go on. 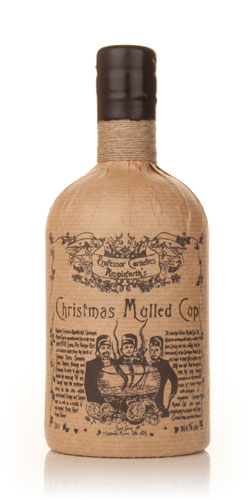 On the subject of general madness, we also launched the ‘Batshit Mental Ideas’ range last year – a home for the more left-field of the stuff that falls out of my brain and doesn’t warrant a home anywhere else. 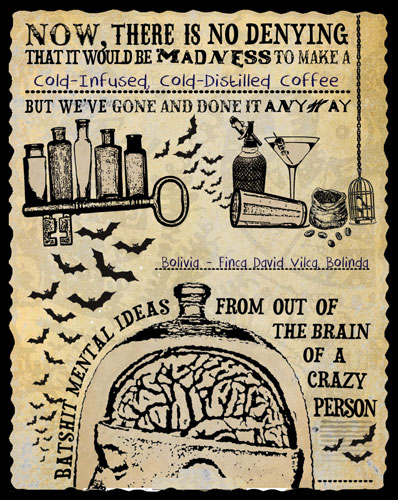 We’ve expanded (hugely) our range of old and exciting antique spirits and liqueurs. If you’ve not yet tried a Campari or Punt e Mes from the 1970s, we’d probably have very little to talk about if we ever met face-to-face. In order to remedy this potential social faux-pas, we’ve recently launched a number of antique spirits tasting sets. Why, here’s one right now: 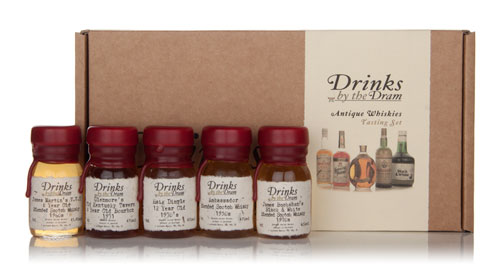 Slightly further back in time, we also formed a new distribution agency – Maverick Drinks. Their remit is not only to make the products that we make available throughout the world through other channels, but also to import some of the very best whiskies and spirits that the world has to offer. Balcones, St George, FEW, Smooth Ambler, Filliers, New York Distilling, and Spirit of Hven are just a few of these exceptional brands that are now available to you lucky lot as a result. 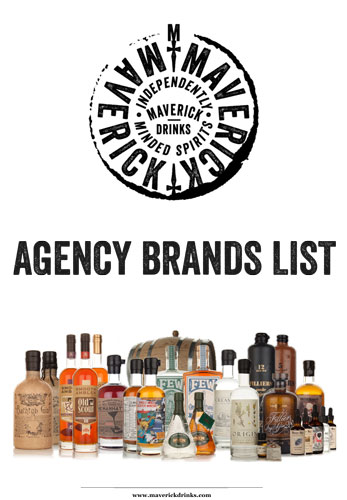 What we’ve not done in the past 12 months is added anything hotter to the ‘Hot Enough Vodka Company’ range. You are welcome. I can’t promise that the next 12 months won’t hold something truly abominable though. I’m genuinely sorry in advance.

The range from ‘The Handmade Cocktail Company’ has expanded too in the past 12 months, and even as I type this, the new 2014 versions of their award-winning cocktails are being blended and bottled. The recipes have undergone further development and refinement this year, and they’re without exception of significantly higher quality. We’re also bringing in a new line – the Vieux Carré, mainly to shut Michael off of Maverick Drinks up. 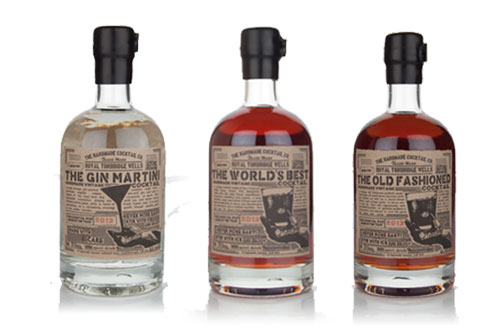 On the subject of cocktails, we also launched a new feature – #MasterofCocktails. This twitter-stream cocktail instruction session goes out every Sunday evening at 18:00, and is repeated on the blog every Monday – allowing you to make fantastic bar-quality drinks in the comfort of your own home. We even showed you how to make clear ice for your drinks, and are in the process of importing some wizardry that will allow you to create perfectly clear ice-spheres. More on that soon. 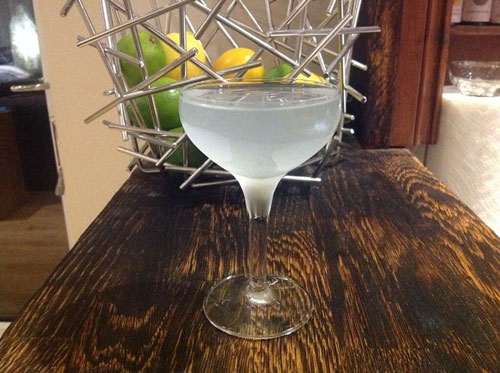 As I’ve alluded to already, there’s a new Blended Malt range on the way which we think is a genuine game-changer. There’s also (again in the next few weeks) a real crowd-pleaser of an independent bottler coming, with 12 single malts for the launch (slight spoiler alert – there’s an Ardbeg, a Macallan, and they’re all *ridiculously* dark Sherry).

We’re also going to be re-launching our bitters range with improvements both to the liquid, and the level of swearing on the bottles.

* For context, the ‘Large Retailer’ of the year was Asda

** There’ll be more from them soon. Just you wait.

*** It doesn’t have a tin, but there is a pretty box coming.

**** We can’t enter the Single Malt category unless we own the distillery the whisky’s produced at. If anyone’s got a spare £30m to invest, pop me an email. I’ve got some ideas. I’m only semi-joking.

***** I promise we’ll get to it guys. Double-triple-promise. Just need to find a cask.

Master of Cocktails - The Palmetto