It’s common for whisky and rum to be blended across different regions, even different countries, but it’s practically unheard of when it comes to French brandy. Until now, that is, as a new brand called Seven Tails has just launched that is looking to shake up the category. We’re all ears.

Seven Tails XO came about because partners in booze Joel Fraser and Arnaud de Trabuc saw a gap in the market. There are cheap brandies like Three Barrels or E&J Gallo, and then there are VS Cognacs with very little in-between. Fraser, originally from Manchester, made a name for himself with bars in Singapore, Vasco and the Cufflink Club, while Frenchman Trabuc founded Banks Rum which he sold to Bacardi in 2015.

Originally, Seven Tails was going to be a French country brandy but they couldn’t find anything that got them excited. “We had some good stuff but nothing exceptional”, Fraser said. That was until they had the brilliant idea to add aged Armagnac ( some 12 year old, some 20 year old and some vintage Armagnac from 1988 to be precise) to a young brandy. Suddenly they had something delicious on their hands and they thought, why not add some Cognac too? And lo, Seven Tails XO was born. 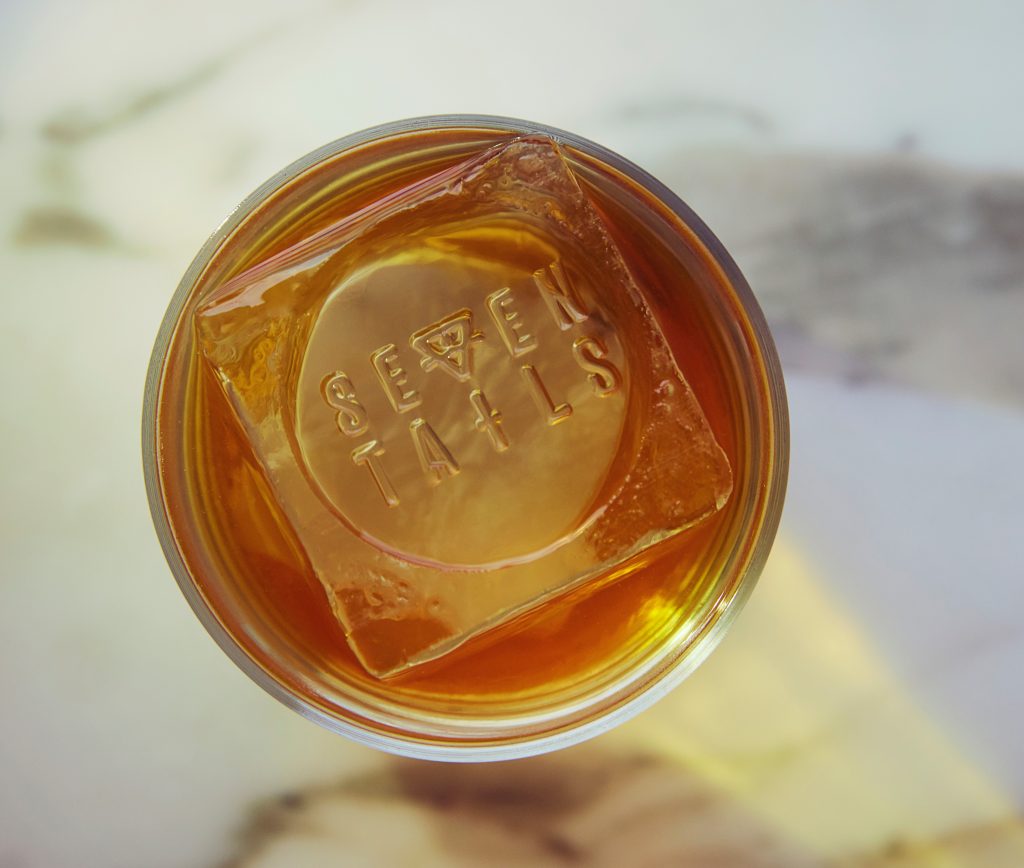 As it contains brandy from three regions, it can’t be called Cognac or Armagnac. This first batch is bottled at 41.8% ABV and is made up of spirits aged between three and 30 years, all from south west France from three grape varieties, Colombard, Ugni Blanc and Folle Blanche. Here are the ingredients:

The backbone is the non-AC (appellation contrôlée) French brandy but, according to Fraser, there are “has to be a substantial amount of the older brandies or you won’t taste them.” The blend is then aged for 30 days in 220 litre Port casks. This is partly to pick up some colour and richness but also, Fraser said, “to be a point of difference from traditional French brandies. It shows that we are innovative by doing something that you can’t do in Cognac [though Alexandre Gabriel might disagree].” There are plans for a bourbon cask finish.

The name, Seven Tails, is a nod to the seven component parts and to alchemy, “taking base materials to create something bigger than the sum of the parts”, as Fraser put it. The stylish packaging is a world away from the staid Cognac norm. “Don’t have the heritage, so we have to innovate. The brandy category is a bit old, we wanted to do something eye-catching,” Fraser said. Seven Tails XO has already been picked up by some of London’s top bars including the Savoy, Annabel’s, Soho House and the Ned. According to Fraser, the response has been great: “bartenders told me ‘we hadn’t thought about brandy for years, we just poured Hennessy VS.’” 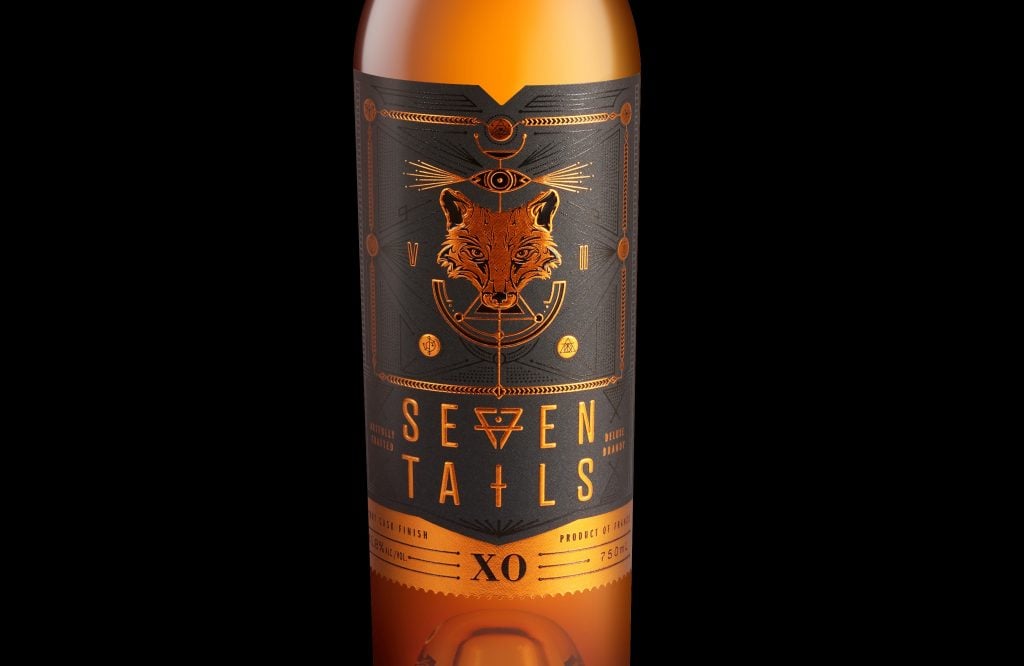 Seven Tails XO Brandy is available from Master of Malt.