Empathy, urgency and grace are the three qualities that define an exceptional bartender, Jim Meehan believes. And as the owner of iconic New York cocktail bar Please Don’t Tell – which this year opened its first international outpost in Hong Kong – and co-founder of Banks Rums, we’re inclined to take his word for it…

Over the last month or so Meehan has been hitting up European cities with his molasses hat on to present a series of bartender education workshops rather aptly named Please Do Tell. Having released his most recent cocktail tome last year – titled Meehan’s Bartender Manual – Meehan hosted bartenders in Berlin, Munich and Amsterdam at Fragrances, Les Fleurs du Mal and Roses respectively, sharing the brand’s story along with his bountiful bartending expertise together with European Banks ambassador Alison Bartrop.

The trip reaffirmed his affection for the bar communities of Germany and the Netherlands, “where I was welcomed like family,” says Meehan. “Amidst all the political turmoil these days, with news suggesting that the bonds between America and Europe are fraying, my experiences and interactions are quite the opposite. For this, I am grateful and optimistic about the future.”

At each venue, the bar manager – Peggy Ka at Fragrances, Henning Neufeld at Les Fleurs du Mal and Max Prins at Roses – prepared a selection of cocktails (one being a punch) with Banks 5 Island and Banks 7 Golden Blend, which were served during the sessions. I imagine there’s no greater satisfaction than seeing bartenders channel their creativity into a spirit you’ve built from the ground up. 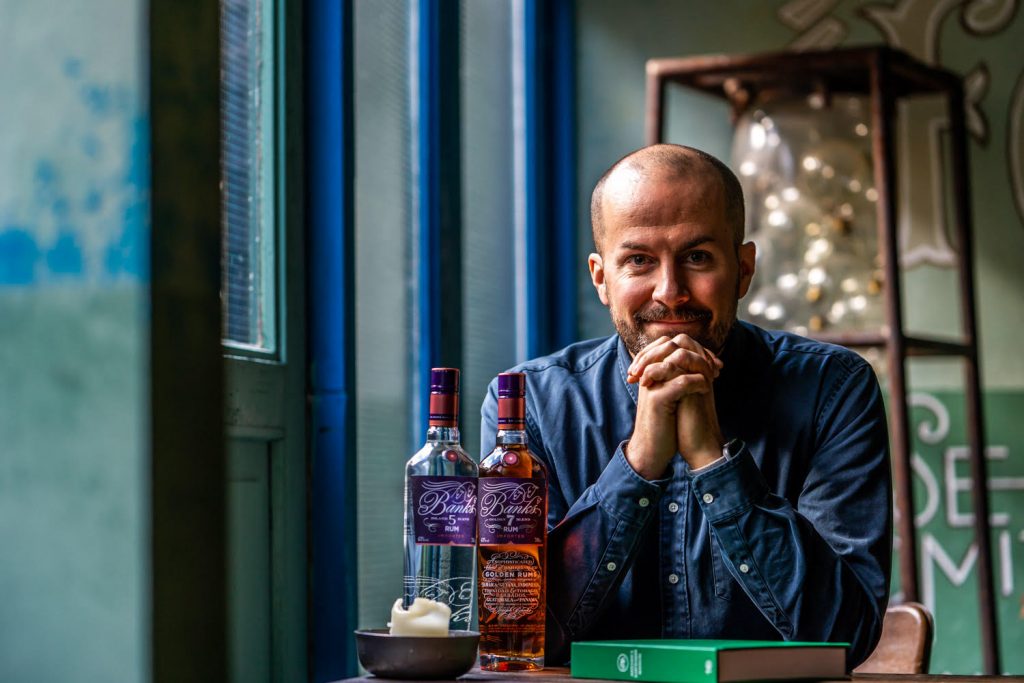 “Without, hopefully, sounding too sentimental or self-centred, it’s a huge thrill when people appreciate something you helped create,” says Meehan. “So whether you mix Banks into Charles Schumann’s Swimming Pool cocktail – which just turned 40 years old this year, but is new to me – or one of Peggy’s custom perfume-inspired cocktails, you’re going to have my interest and gratitude.”

In terms of his own personal evolution behind the bar, Meehan uses the same creative approach as influential bands such as Radiohead and the Beatles. “These bands and their sound changed and evolved dramatically from record to record as they changed personally and collectively,” he explains.

“I would say that I’ve changed and evolved through each bar and team I’ve worked with: I’ll always be a work in progress. Like other creatives, bartender’s craft is shaped by the people they surround themselves with, the environment, technology, art, music, fashion and other elements.”

As well as the cultural, technical and historical aspects of drink-making, Meehan’s Bartender Manual also focuses on the practicalities of bartending. With the back-breaking labour and unsociable hours bartending demands, it’s hardly sustainable as a long-term career. 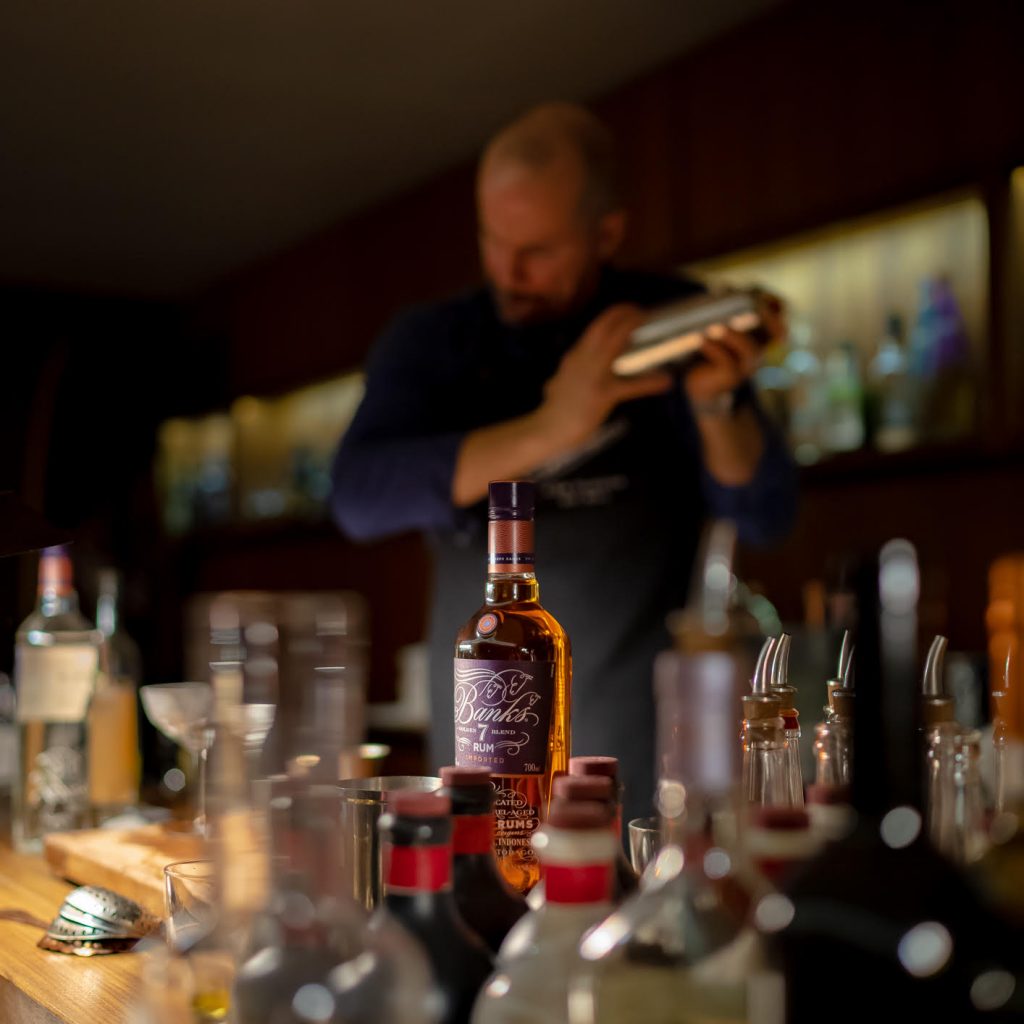 “I tended bar full time for fifteen years, and found the physical and emotional fortitude required to perform the job at a high level grew exponentially in my late thirties, especially when my wife and I had our first child,” says Meehan. “We need to stop looking at people like Charles Schumann, Julio Cabrera or Murray Stenson as anything other than gifted outliers in our industry.

“With that said, in countries like Sweden, where the state takes care of health care, education, provides time off for parenting and recognises the need for vacation and reasonable numbers of hours in the work week, maybe more of us would stand a chance.”

So, how will bars 100 years from now look, feel, and operate compared to today? Meehan addresses this question the design chapter of his book. “The assets needed to operate a bar – tables, chairs, mirrors, a physical bar – haven’t changed much over the last century,” it reads. “This should come as little surprise, as the primary function of a bar or restaurant – to sate thirst and hunger in a communal setting – hasn’t changed either.

“What has changed, and continues to, is the way in which people interact in bars. Over time, the bar length has contracted to allow for more tables, booths, and stools, which allows guests to sit (whereas historically, bargoers preferred to stand). As the traditional elements the guests interface with evolve, the layout of workstations and machinery behind the bar must also be adapted to accommodate the food and drink fashions of the day.”

When it comes to cocktails and their ingredients, “one could make a cogent argument that there’s no need to evolve,” Meehan says. “Every generation, a few new recipes become part of the canon, but I feel that each generation’s responsibility is to preserve tradition,” he continues. “Certainly improvements must be made – the Japanese term ‘kaizen’ comes to mind – but I’d be hard pressed to come up with a drink more perfect than a well-made Daiquiri.”

What’s on your bucket list for 2019, I ask, both professionally and personally? “Ten years into my journey with Banks, I’d like to see the brand continue to grow with punch leading the way in bars and at home as more cocktail lovers begin entertaining,” he says. “Personally, my bucket is already full with two young kids, a happy wife and our ten-year-old French bulldog Pearl still along for the ride.” 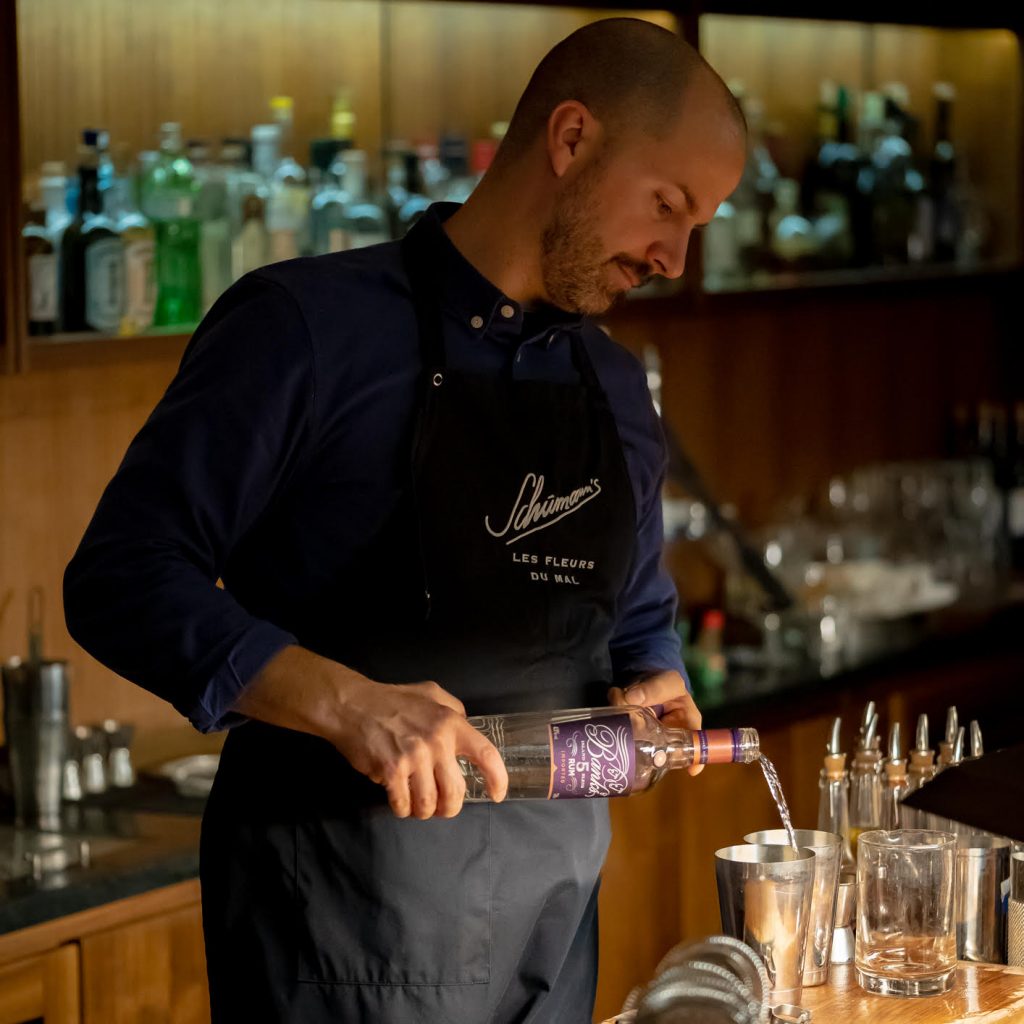