Cocktail of the Week: The Brandy Sour

Henry Jeffreys
No Comments on Cocktail of the Week: The Brandy Sour

This week we’re making a drink that appears simple but needs precision to pull off successfully, plus having a look at brandy’s rich cocktail history.

When mixing drinks, most of us reach for gin, rum or whisky, and forget about Cognac and Armagnac. Which is a shame because not only can these two brandies be great cocktail ingredients but in many cases, they were the original ingredient. The Sazerac, for example, according to Eric Felten in How’s Your Drink, gets its name from “a brand of Cognac popular in New Orleans in the 19th century”.

Brandy was also massive on the other side of Atlantic. But its premience among spirits was destroyed by phylloxera, the vine-eating louse that wrecked Europe’s vineyards. By the 1890s, there was panic in the gentleman’s clubs of Britain as they were running out of brandy. Blended Scotch was specifically designed to fill this gap. Whisky merchants borrowed from Cognac the technique of blending heavier and lighter spirits to create a consistent product. In America, cocktail lovers moved over to rye and bourbon where they have remained ever since.

Nowadays, however, brandy is back on the cocktail menu. Amanda Garnham from the Bureau National Interprofessionnel de l’Armagnac (BNIA) told me that bartenders love Armagnac because “of its multifaceted nature and depth of flavour”. But, she also warned that it was important not to lose that complexity when making your drink. So keep it simple. To educate the hospitality industry, the BNIA has just taken on Hannah Lanfear, recently crowned Educator of the Year at the Imbibe Personality of the Year Awards. I asked her for some recommendations.

“Armagnac offers the bartender incredible complexity and depth, with a structured flavour profile that gives a wealth of possibility for flavour combinations,” she said. “A classic sour makes for a perfect showcase for the picture painted by the distiller.”

So I decided to take her advice. A sour requires just three ingredients: something boozy, something sweet and something sour (obviously). It’s part of a family of cocktails based on these principles that includes the Daiquiri. This very simplicity, however, means that there is no room for error. You have to get the ratio of booze, sour and sugar exactly right. You also must take care when shaking not to dilute it too much.

It is a supremely adaptable drink. You could add an egg white to give it a gorgeous silky texture (in which case it will need to be shaken for longer), or finish it off with a couple of drops of Angostura bitters. Add triple sec or Grand Marnier, and you have a Sidecar (5 parts brandy, 2 lemon juice, 2 triple sec). Hell, you don’t even have to use brandy: you could use pisco, gin, rum, amaretto, bourbon, or Metaxa (a Greek brandy flavoured with Muscat grape juice) though you may have to play around with the ratios. But today, we’re using Armagnac.

So, which one to use? Garnham recommends not using anything too old or delicate. On the other hand, you do want something that can take centre stage, so don’t use something that you’d put on your Christmas pudding. The perfect choice is Baron de Sigognac VSOP. Not only is it an excellent affordable Armagnac, but I’d say it is one of the best-value spirits on the market. With its tropical fruit and crème brûlée character, it’s as smooth as David Niven’s smoking jacket. 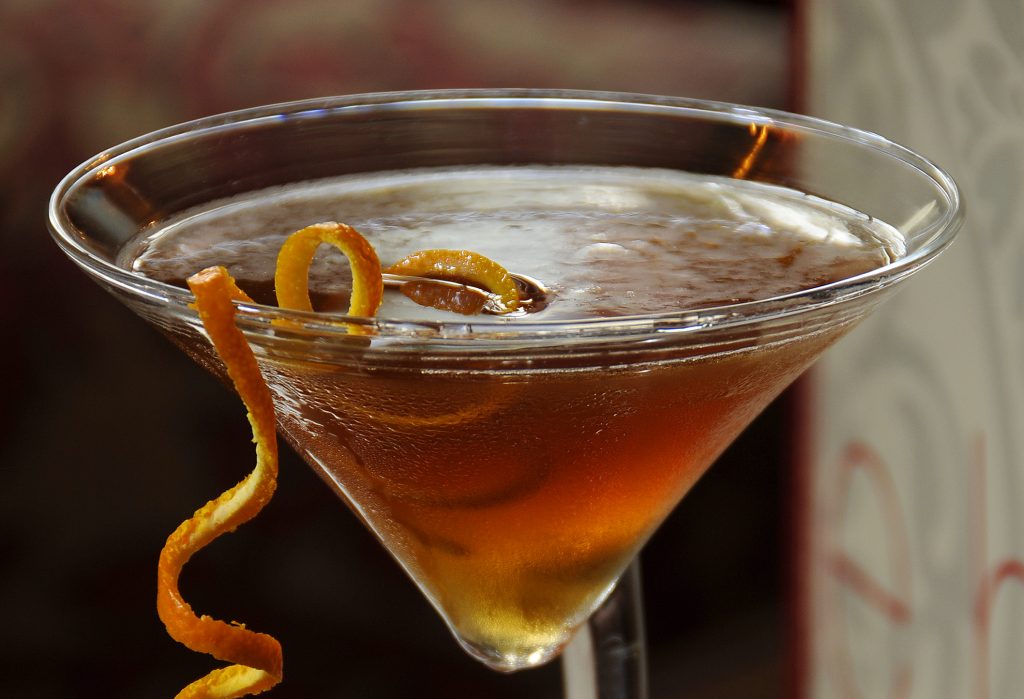 Shake all the ingredients hard and quickly with lots of ice (you don’t want too much dilution). Double strain to remove any ice crystals into a coupe, and garnish with a slice of lemon (or you could use an orange twist or a maraschino cherry).

Master of Malt wins at the 2019 Drinks Retailing Awards