Henry Jeffreys
No Comments on Cocktail of the Week: The Old Fashioned

It’s Old Fashioned Week! Time to dust off those plus fours, oil the old penny farthing and start getting excited about the new Sherlock Holmes story that’s being serialised in the Strand magazine. Or you could just make an Old Fashioned cocktail.

Why is an Old Fashioned called an Old Fashioned? Well, once upon a time, a cocktail wasn’t a general term for a mixed drink, it was a combination of a spirit (usually whiskey), sugar, ice and bitters. But in the 1850s and 60s, new fangled European concoctions like vermouth arrived in America and the term cocktail expanded to include drinks made with vermouth: proto-Manhattans, Brooklyns and Martinis. Hence, if you wanted an old timey cocktail, you asked for an Old Fashioned.

The Cocktail Book (published in 1900) lists cocktails, in the old-fashioned sense of the word, made with Cognac, rum, gin, and Scotch whisky but until quite recently the Old Fashioned was synonymous with American whiskey. Bourbon is the classic choice and this Old Fashioned Week (1-10 November), Woodford Reserve is putting on a series of events where top London bars like Swift, Homeboy, Murder Inc, Discount Suit Co. and Three Sheets are offering their takes on the bourbon Old Fashioned.

We are, however, rediscovering how good this drink can be made with other spirits like aged Tequila, Jamaican rum or single malt Scotch. This week, therefore, I’m using a Speyside whisky, Glen Moray Classic Port Cask Finish. Something that might annoy the malt purists but the Old Fashioned is such a good drink because it highlights rather than masks the flavour of the base spirit. So much so that Glen Moray has really got behind the whole thing and released a series of Old Fashioned recipes produced by those diffident drinks enthusiasts Joel Harrison and Neil Ridley from World’s Best Spirits. These include a particularly nice one made with marmalade instead of sugar syrup. In fact, playing with the sweetening agent you can have a lot of fun. Other great sugary switcharoos include the syrup from maraschino cherries, honey or Pedro Ximenez sherry. 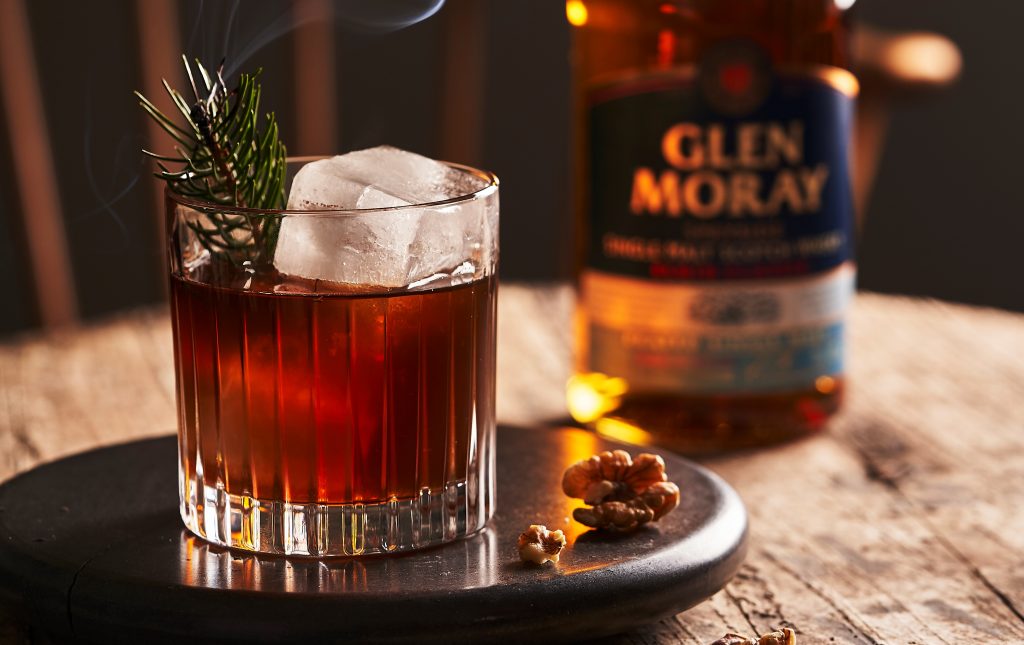 But if you’re sticking with pure sugar, the big question when making your Old Fashioned is whether to use granulated sugar and spend ages stirring, or just use sugar syrup. If I was a professional bartender, I’d go for syrup every time. Time is money after all. But at home, I like the ritual of using sugar, preferably brown, and stirring for a good two minutes. It’s therapeutic.

Finally the bitters. Angostura is a great all rounder, but fruity and chocolate bitters can be fun, accentuating flavours in the whisky (or whatever you are using). Cherry bitters are a great foil to the Glen Moray Port Cask Finish bringing out the red fruit but the distillery has also come up with its own bitters which are only available to bartenders.

This spirit of constant experimentation is what makes the Old Fashioned perhaps the most satisfying cocktail to make at home. Choose your spirit, and then play around with different sweeteners and bitters, and you can’t go wrong. Well, you can but mistakes are easily rectified. So, find a nice heavy glass, get out your sturdiest spoon and let’s make a cocktail the old-fashioned way.

In a tumbler add the sugar, bitters and hot water. Stir vigorously until most of the sugar has dissolved. Add half the whisky, keep stirring until there is no graininess left. Now add three or four big cubes of ice and stir. Finally, add the rest of the whisky, stir some more and serve with a maraschino cherry.

Master of Malt @MasterOfMalt
10 hours ago
For #WorldWhiskyDay, we’re shaking up a cocktail called the Silent Third. Think of it like a Sidecar that swaps Cognac for Scotch.