Alexandre Gabriel isn’t afraid to push the boundaries of what is and isn’t allowed in Cognac. So much so that one product launched last year had to be labelled as an eau-de-vie. But, he tells us, everything he does is informed by a profound knowledge of the history of the region. We join Gabriel for a glass to learn more. . . .

Alexandre Gabriel has his fingers in many boozy pies (see earlier interview for more details) but his first love is Cognac. So when an old failing firm, Pierre Ferrand, came on the market, he jumped at the chance to acquire it. The house had been in family hands since it was founded in 1631 by Elijah Ferrand. The last of the family was an old lady simply known as ‘Mademoiselle’; there were no more heirs. 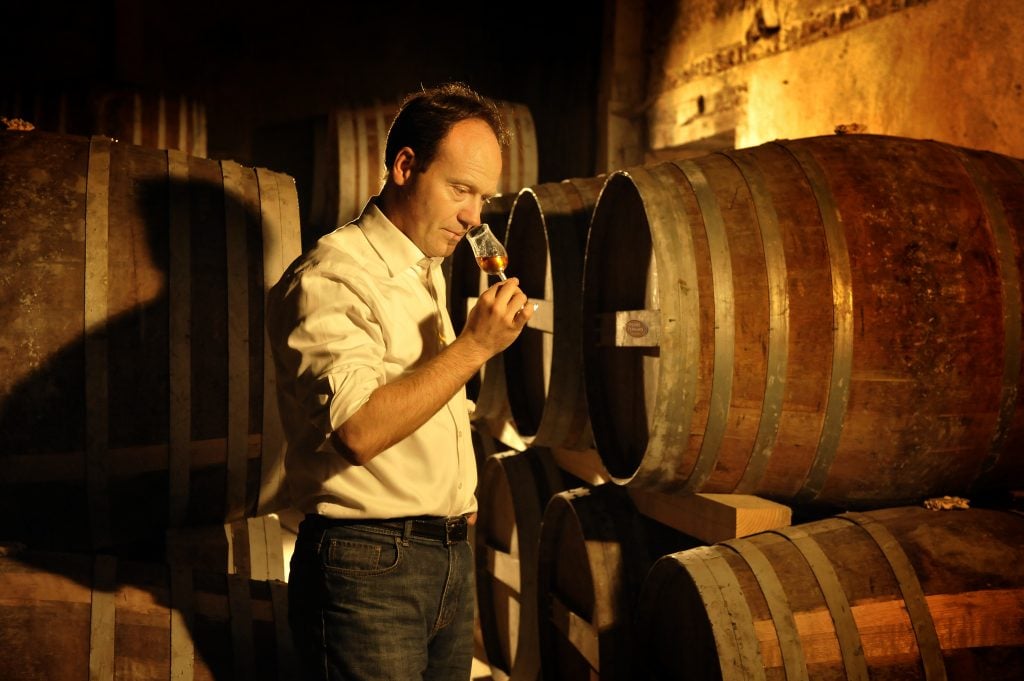 Alexandre Gabriel in the cellars of Maison Ferrand

Gabriel is a historian as much as drinks producer and businessman, and he was in his element going through the centuries of archives at Maison Ferrand. “We discovered fascinating things about the way Cognac was made,” he told us. “Invoices for chestnut barrels. The acreage, and how it was planted, and which type of grapes. We wrote a book about it called An Enlightened Farmer.” This isn’t just historical curiosity, however, he is using what he discovered to expand what can be done in Cognac.

The result was the Renegade #1 which was aged in ex-Sauternes barrels. Cognac is usually only aged in new French oak or refill Cognac barrels so it caused quite a stir. Gabriel, however, had history on his side: “I was able to show from old documents that it is still legal to age Cognac in a wine barrel”, he said. “A lot of people thought that was not allowed anymore but there was a law from 1923 that was never overturned.”

He didn’t just stop there. The Reserve Ferrand is aged for two to three years in ex-Banyuls casks. Banyuls is a French Port-style wine that is often made in an oxidative style that produces ‘rancio’ flavours of dried apricot, pineapple and nuts (the word literally means rancid in Catalan, nice) the same flavours you get in sherried whiskies and Cognac. So it’s a good fit. Then there’s Ten Generations, inspired by the long history of the Ferrand family, which is 20% aged in Sauternes barrels giving it a sweet honeyed note not unlike a Glenmorangie. 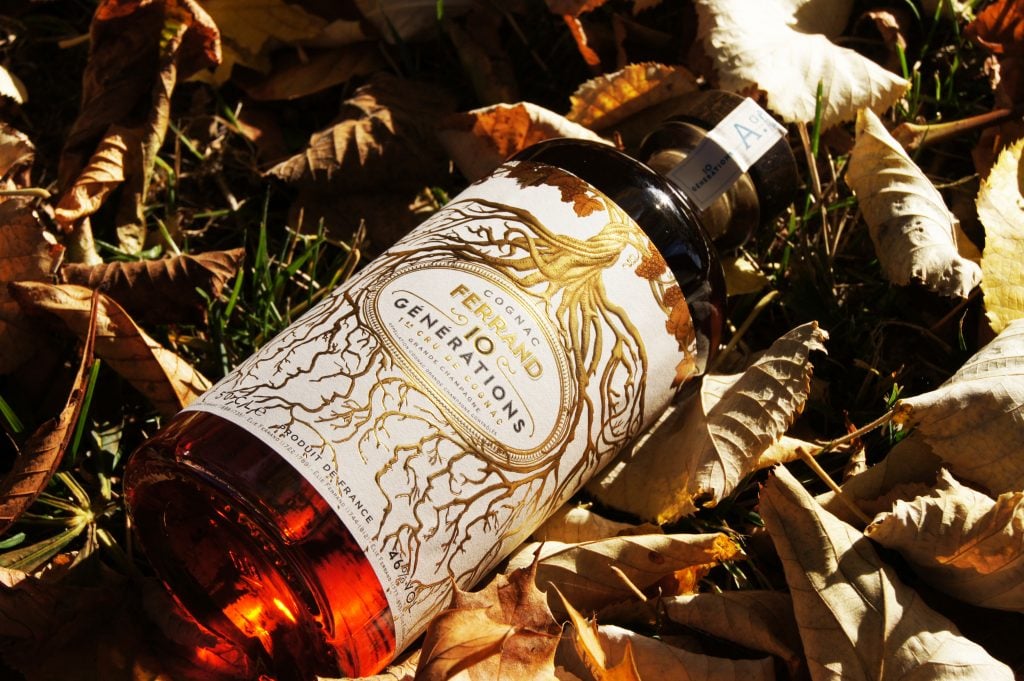 As a rum and gin producer, Gabriel’s horizons are broader than most in Cognac. “I am influenced by every spirit,” he told us. To learn about cask finishes, he went to Springbank. “I went with Gordon Wright, at the time Gordon ran the distillery, before his uncle took it over, and I remember going there and trying to learn about wine barrels. Which is crazy – the French guy who grew up in the wine region is going to Scotland! But the finishing and the use of wine barrels, we had lost the tradition in Cognac. So, in a very humble way, I went there and was like ‘teach me’”, he said. Gabriel often swaps casks with other producers such as Teeling in Dublin, Kilchoman on Islay and the Isle of Arran Distillery.

Ferrand isn’t the only Cognac house doing experimental things with wood: Bache Gabrielsen launched an American oak-aged spirit in 2016. Tastings like a cross between a bourbon and brandy, it’s startlingly different to the Cognac norm but, according to Gabriel, there is a historical precedent: “The law says ‘Cognac is a spirit aged in an oak barrel’. The second part of the law is, ‘typically Cognac is aged in Limousin type or Tronçais type oak’. But it doesn’t say that it’s limited to that, it’s typically.” Gabriel told me that in the 19th century, France, unlike now, had been almost completely deforested to provide wood for fuel and battleships: “if you wanted to try to beat the English at sea – which we never were able to be doing! – you needed to buy battleships”, he quipped. So in the past Cognac producers would have used imported wood including American oak.

Bache-Gabrielsen was allowed to call its spirit Cognac, unlike Martell when it released Blue Swift in 2018. It’s aged in ex-bourbon casks and the company had to call it an eau-de-vie. It’s a similar story with Ferrand’s Renegade #2 which is aged in chestnut barrels. Apparently since 1945, they have not been legal. But Gabriel has found documentation showing that chestnut was traditionally used. According to Gabriel the cellars of Cognac are full of rogue wood: “I’m part of a very old group of master blenders and the old guys would tell you: ‘I have a barrel of Cognac, it’s 40 years old, it’s in acacia’ and they are like kids talking about smoking a joint!”, he said.

Gabriel has the financial clout and the chutzpah to challenge the rules, and when things don’t go his way, to go outside the Cognac appellation. But, he thinks that change is afoot: “I think Cognac is going through that revolution”, he said. The BNIC (Bureau National Interprofessionnel du Cognac) is currently looking at revising the rules for different wood finishes: “There is something really serious happening in Cognac and I hope the region is thinking about possibly reopening the different wood varieties. I don’t know what is going to be decided, I have no input”, he told us. 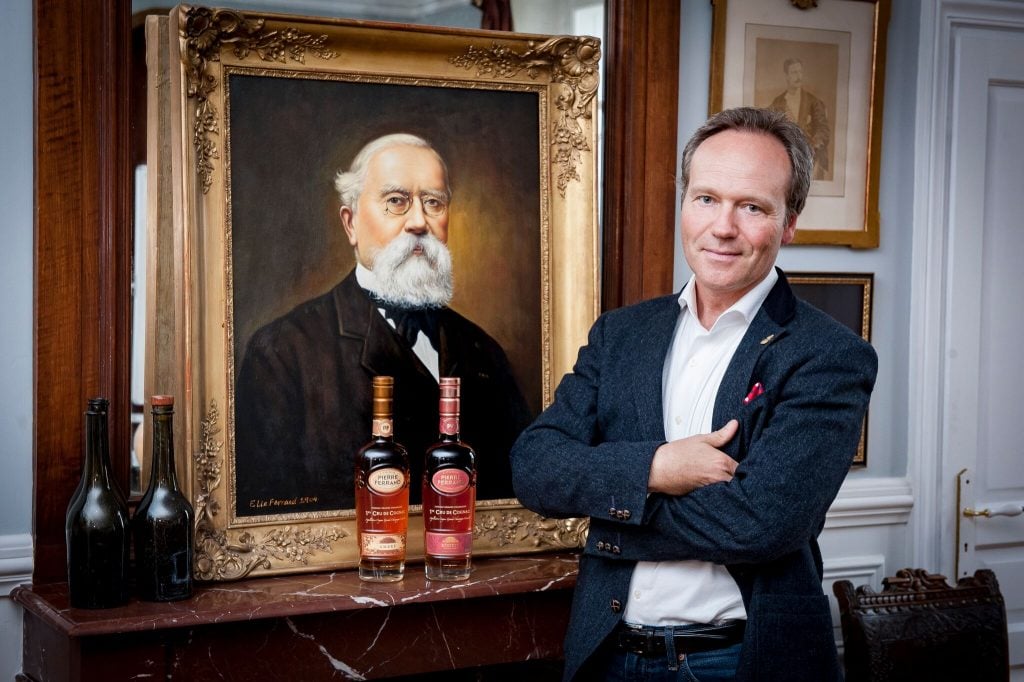 People are not only experimenting with wood but with grapes. Most Cognac is made from Ugni Blanc but Gabriel said: “we’re planting a lot of Colombard, we have our own vineyard, and it’s magical. The problem with Colombard, it is why I have circles under my eyes, is that it starts a little early in the season. So when you have a season like this, with frosts, you are not so relaxed.” It is, however, worth the stress: “It’s delicious because it makes these very floral notes,” he said. The Ambre Ferrand release is made with 10% Colombard.

Gabriel think his cliente is changing too: “There is a revolution happening, I think, in Europe,” he said, “part of it is probably wishful thinking. But I see us increasing our sales substantially in markets that were considered depressed for Cognac: France, the UK is starting to sizzle, Germany and Denmark. When we do a show about spirits in France, the guys who come to the Cognac booth are like 25 years old. It used to be their grandpa’s drink.”

Part of getting in the younger crowd is through cocktails. Earlier this year, Maison Ferrand came top in a blind tasting put on by bartenders including  Salvatore Calabrese and Ago Perrone in a blind tasting. Again this is all informed by Gabriel’s sense of history, before rye or bourbon, Cognac was the original cocktail ingredient. He works with drink historian David Wondrich (author of Punch) to recreate old recipes. “The cocktail is an American version of the old British punch,” he said. “It’s really a British invention, And Americans made a single portion of it which is a cocktail.”

There’s never a dull moment when Alexandre Gabriel is around. “I can say this month is my 30th anniversary doing this job,” he said. “I had no clue what I was doing when I started, I’m not sure I have any clue right now but I’m just still working at it, and it’s been an incredible journey.”