Henry Jeffreys
No Comments on The Lagg Distillery on the Isle of Arran Nears Completion!

The Lagg Distillery on the Isle of Arran has been in the works since 2016, we’re more than a little excited at the prospect of enjoying whisky from a brand new distillery!

For over 150 years there were no distilleries on Arran, once a hotbed of whisky-making – now there are two. Well nearly. The first is run by the aptly-named Isle of Arran Distillers and was opened at Lochranza in 1995. Their second distillery at Lagg in the south of the island started development in 2016 and is now nearing completion. The steelworks have just gone up and as you can see from the photo below it is now starting to look like a distillery, either that or a particularly ambitious house on Grand Designs. 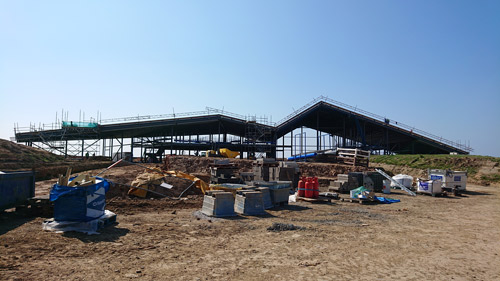 Tourism will play a big part in the economics of the new distillery. Isle of Arran expect visitor numbers to both sites to exceed 200,000 by 2020. As well as photos of the construction site, Isle of Arran have released some slightly-trippy photoshop impressions of what the visitor centre will look like. Let’s hope the hovering people make it into the finished building. 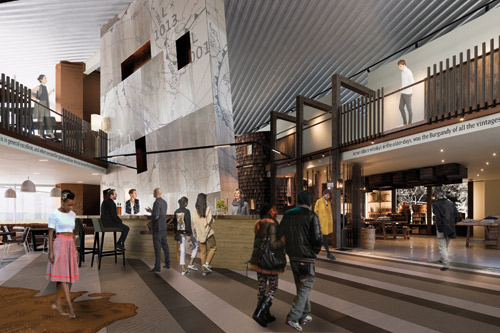 A potential future for the Lagg Distillery Visitor Centre.

Nevermind the visitor centre though, what about the whisky? By the end of the year the copper pot stills will have been installed and the first run will be flowing though you will have to wait ten years before their first single malt whisky is available to try.

You can, however, already buy a cask or rather buy what will be a cask once the distillery is up and running. 700 went on sale in February for £6,000 each. They have sold about 100 so far. For your money you don’t only get a cask of whisky but also membership of the Lagg Cask Society. Perks include a bottle from the first cask filled at Lagg, an invite to be one of the first to visit the distillery and your named will be immortalised on the Lagg ‘Wall of Fame.’

Your cask will be guarded by recently-appointed distillery manager Graham Omand, the nephew of the Isle of Arran Distillers master distiller James MacTaggart. He has been working under his uncle’s guidance at the Lochranza Distillery for over eight years. You can see the dream team in action in the video below.

Euan Mitchell, Managing Director of Isle of Arran Distillers, commented: “it is fantastic to see the vision turning into a reality. With just under a year to go until we plan to open the Lagg Distillery, we’re delighted to confirm that everything is on target to be completed by spring next year.” When Lagg comes on stream the total production capacity on Arran will be around 2 million litres.

In the near future, you could be one of those cardboard cut-outs visiting the Lagg Distillery!

The new distillery will produce heavily-peated whiskies (50ppm). This was inspired by the success of the Machrie Moor limited edition range. Mitchell went on to say “being able to dedicate the facility to this style of whisky will enable further innovation, becoming a space where we can experiment with different flavours.” We can’t wait to try it. Though we’ll just have to.

The Master of Malt World Cup of Scotch