Inside the Cognac house of Bache-Gabrielsen

Norwegian roots, experimental blends, and eaux-de-vie that dates back to the 19th century: MoM stepped into the cellars of historic Cognac merchant Bache-Gabrielsen…

The house was founded by a Norwegian army officer named Thomas Bache-Gabrielsen, whose father ran a spirits monopoly in the north of the country. Together with friend and fellow Norwegian Peter Rustad, the duo bought a house called Edmond Dupuy back in 1905, naming it Bache-Gabrielsen and Rustad, and then eventually Bache-Gabrielsen.

The house is Norway’s number one Cognac brand, and remains family-owned to this day. In fact, the founder’s great-grandson, Hervé, recently took over the management of the role from his father (and now-chairman), Christian. The rustic building – Bache-Gabrielsen HQ, if you will – is located in centre of Cognac. Inside, a huge room filled with row upon row of bottle labels remains almost unchanged.

As a merchant, Bache-Gabrielsen has no vineyards of its own. Instead, cellar master Jean-Philippe Bergier works with 140 winegrowers across the region to procure eaux-de-vie for the house to age. The relationship is hugely important, and one that Bergier, himself a winegrower, understands well.

“Some of them we’ve been working with for 10, 20, 30 years,” explains Benjamin Baker, export sales manager at Bache-Gabrielsen. “A bigger house would probably buy less [eaux-de-vie] and give a written contract for 20 years.

“We can’t do that, not at our level. So we offer them a bit more money and we build relations. Just one week ago we hosted a gathering of our winegrowers at a big party. Hardly ever does our cellar master turn away a distillate; 99.9% of the time it’s perfect.”

A Cognac cellar master’s lab is the stuff dreams are made of: rows upon rows of clear, shiny bottles of all shapes and sizes, containing colourful eaux-de-vie spanning many vintages. More than one person could reasonably assess singlehandedly – which is why Bergier “works mainly with his nose”, says Marielle Chopin Pascaud, the company’s in-house PR (and our personal tour guide for the afternoon).

If there’s such a thing as too many bottles of Cognac, this comes close

“When he makes a new blend, adding between 10 and 15 different Cognacs together, then he controls the taste,” she explains. “He will compare it to the previous batch to maintain the quality. Otherwise, he smells. It’s the same kind of job as a perfumer. You have to get lots of different aromas in your memory and be able to recognise them and find a balance.”

Bache-Gabrielsen has around 5,000 casks, which are spread across three cellars. The business maintains approximately two years’ sales-worth of eaux-de-vie, working with around 70 winegrowers on a regular basis, and a further 70 as-and-when stocks require.

One of three Bache-Gabrielsen cellars

As a merchant, Bache-Gabrielsen can be a little more experimental in both its blends and its buys. In one corner of the cellar, a cask of 100% folle blanche from 1999 is ageing. In the another, aged Cognac is finishing inside a rack of American oak casks.

“This is the first and only Cognac aged in American oak barrels,” says Chopin Pascaud. “We thought it would be interesting to mix both barrels and get some new aromas from this white oak. It took us five years to find the right recipe.”

The most precious of Bache-Gabrielsen’s eaux-de-vie can be found in its paradise cellar. Some of the demijohns are sealed, which means Bache-Gabrielsen will be permitted to sell them as a specific vintage. Without the seal, they cannot legally prove the liquid hasn’t been blended with another eaux-de-vie.

“They are controlled and supervised by the BNIC,” says Chopin Pascaud. “We cannot open them ourselves, the BNIC has to come and open them.” Without the necessary seal, the super swanky La Part des Anges bottling from 1902 (the year Thomas Bache-Gabrielsen arrived in Cognac) cannot be sold as a vintage. It can only say that it was distilled at the beginning of the 20th century.

The oldest liquid in the cellar dates back to 1842, which really is just incredible when you take a moment to stop and think about it. There are years of note – the World Wars, for example, with vintages from 1944 and 1945. The youngest in the collection is from 1981.

But how well has all this super old spirit really held its character after so many year? Some of them would need to blended, admits Chopin Pascaud, “but some of them are very good”. For now, we’ll just have to take her word for it.

Master of Malt @MasterOfMalt
11 hours ago
We grabbed five minutes with Fabiano Latham, UK Brand Ambassador for @ReykaVodka, and learnt about the wild side of the ambassador lifestyle! #Vodka
https://t.co/Cb0UrsWtAV
View on Twitter
0
3

Master of Malt @MasterOfMalt
12 hours ago
What's in your glass this #WhiskyWednesday? For us, it's the excellent @Arranwhisky 10 Year Old, which our features editor Henry described as "Nutty and fruity, like a fine white Burgundy." 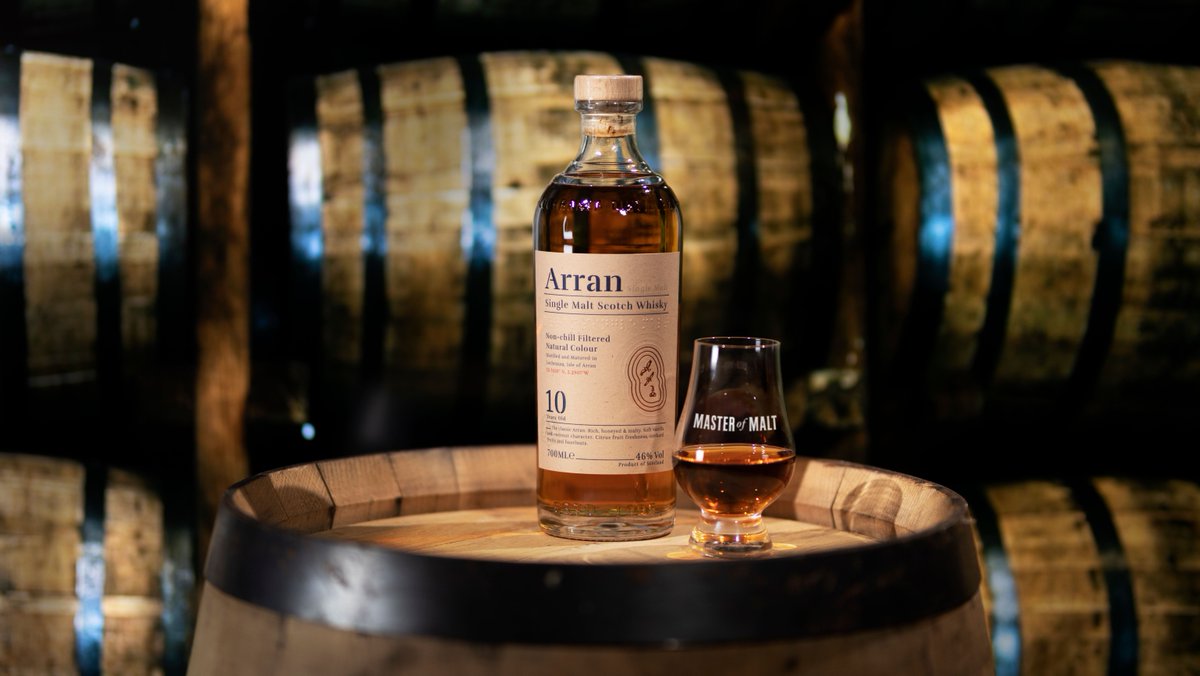 Master of Malt @MasterOfMalt
12 hours ago
If you missed out on a bottle we have some more in stock right here 🍸 https://t.co/n84MEa3XZV https://t.co/61IHlup6ni
View on Twitter

Alyson Atkinson @AlysonMAtkinson
Another exciting collaboration between @HernoGin and @FourPillarsGin, if it’s as good as the last it’ll be sublime. So glad I got my hands on a bottle from @MasterOfMalt before they sold out https://t.co/xnK5DejmJC
0
0