Master of Malt
No Comments on The Nightcap: 10 July

The weekend is here, your drink is poured and you’re ready to settle down with another batch of all things newsy and boozy. It’s The Nightcap!

Given that July is Rum Month and Saturday is World Rum Day (11th July), there’s been a fair amount of rum-based news land at MoM Towers this week. So much so that the word rum is starting to lose all meaning. I’ve said it too much now. Rum. Rum. Rum. Yep, it sounds weird. I know what I need to do. Take a break, have a sit-down and enjoy my Friday evening with a dram of something delicious. I might have some rum.

On the MoM blog this week you might have noticed that Motörhead made an appearance. On our blog. The band Motörhead. Not only did we launch a new competition with the legendary rockers that means you could win a bundle of merch and booze, but Mikkey Dee even stopped by for a quick chat. As in Mikkey Dee from Motörhead. Did I hallucinate this week? I can’t have done, because I remember all the delicious rum, like our two new arrivals, the six expressions we picked out to mark the month of rum and Cleo Farman’s delightful Diablesse Rum. Elsewhere, the likes of Jamaica, Mexico and err… Tonbridge were on the list of places team MoM would love to go when we can travel normally again, Annie talked to Rémy Martin about its climate change-ready grape trials and Henry enjoyed The Dude’s favourite beverage The White Russian.

Earlier this week, we wrote about where we would like to visit now that the world is opening up. In all likelihood, however, we won’t be going to Jamaica any time soon. But that doesn’t matter! Because the Caribbean can come to you in the form of the European Rum & Cocktail Online Festival on Saturday 8 August. This event is run by the cool cats at RumCask and features distilleries from Trinidad, Barbados, Bermuda, Martinique and Guadeloupe, as well as cocktail classes from top bars like Duke of Tokyo in Amsterdam and El Del Frente in Havana. But you won’t just be watching people talk about rum, you’ll be drinking it too as the ticket includes 25 20ml samples of rums from distilleries including La Hechicera, Foursquare, Angostura, Rhum Damoiseau and rare bottlings from Single Barrel Selection. Plus the non-perishable ingredients to make four cocktails. That’s a lot of booze for your buck. Events run from 12 noon until 8pm (BST). There are early bird tickets available until 10 July for £50 (plus postage), after that it’s £60 up until 29 July which is the cut-off date for sending the rum. Go here to buy tickets. You won’t regret it.

Another one of the standout rum stories from this week is that Silk Road Distillers has chosen its new name. After a public crowdfunder campaign to rebrand the producer has revealed its new name is Offbeat. Founder George Agate picked Offbeat as the winner after people from all over the globe submitted more than 70 name ideas. The crowdfunder also achieved 102% of its target in just 14 days, raising £5,139. Agate chose Offbeat as he felt the name demonstrated “the exciting direction the brand continues to take, challenging the norms and celebrating the offbeat”. For those who were fans of the original Silk Road rum, there’s no need to worry, the liquid inside the bottle is still a botanical rum featuring a blend of ginger, lemongrass, cinnamon, hibiscus, rosehip and pink peppercorns which are vapour infused into white rum from Guyana and bottled without any added sugar at 42% ABV. New name, same delicious rum and tonic waters.

Lee Morris was victorious with his gaff The Albert Arms

Have you ever pondered the question, who has the best home bar in Britain? No? We did, especially during the lockdown. Now the answer is in, thanks to Liberty Games. The games room specialist has just announced the winner of its competition and it’s Lee Morris from Albrighton in Shropshire with his gaff The Albert Arms. Morris commented: “The pub is all handmade by myself using a lot of recycled materials.” He went on to say: “I homebrew a lot of beers and use traditional hand pulls to give a real pint feel. Inside the pub, I have a fully stocked bar with spirits and optics.” There’s also a log burner, dartboard, TV and, for some reason, a drum kit. Not ideal if you’re trying to enjoy a quiet pint. Morris may have been the winner, but we were particularly taken with one of the runners-up, Greg Rhodes in Cheshire from Cheshire with his note-perfect Tik bar. Morris wins a year’s supply of beer as well as the glory in being the owner of Britain’s Best Home Bar 2020. We’re going to start working on our basement for next year’s competition.

Whyte & Mackay employees are walking, cycling or rowing all for charity!

It seems like most of the UK, if not the world, was in awe at the achievements of Captain Tom Moore back in April. The folks at Whyte & Mackay were so inspired they decided to create their own challenge, dubbed Whyte & Mackay Cares. Well, a virtual challenge. Participants have to collectively walk, run, row or cycle enough miles to travel around the globe (which apparently is around 29,000 miles) over the next eight weeks. Day one saw the team clock enough miles to travel from Glasgow to London, so just the rest of the world to go! The goal is, of course, to raise money, with an aim of £50,000, which will go towards charities nominated by the team, including the Scottish Association for Mental Health. Thanks to its virtual nature, the challenge is also serving as a way to keep people connected. “That we stay connected and support our community and our friends further afield is really important, especially now,” said Nick Garland, chief commercial officer at Whyte & Mackay. “The role charities play in keeping people connected, and providing access to the support that is needed is vital. We are delighted to play our part by raising funds to support their work.” You can keep track of their (virtual) progress on their Instagram!

Following a number of hugely popular live-streams, Tamdhu Distillery has announced that it will introduce its latest bottlings via a live-streamed virtual tasting. The event will allow viewers an opportunity to learn more about the Speyside distillery, as distillery manager, Sandy McIntyre, whisky experiential ambassador, Gordon Dallas and global brand ambassador Gordon Dundas offer their expert opinion on the new drams and answer questions that viewers can ask both ahead of time as well as during the live-streamed event. During the tasting, the panel will sample Dalbeallie III, a distillery exclusive named after the famous Dalbeallie train station, and the Iain Whitecross Single Cask, which is the assistant distillery manager’s debut single cask whisky. £1 from the sale of each bottle purchased from www.tamdhu.com will go to The Drinks Trust and The Ben to help support its hospitality colleagues. They will also sample a final, mystery dram that will be revealed during the stream. The event will be streamed on Tamdhu’s Facebook and YouTube channels from 7:30pm BST on Thursday 16 July.

Yesterday an exhibit about the life, family, and brand of bourbon whiskey icon Julian ‘Pappy’ Van Winkle opened at the Frazier History Museum in Louisville. Is that the best name in whiskey? It just might be. Pappy Van Winkle: The Van Winkle Family Collection features over 500 pieces of family memorabilia that Van Winkle, Sr.’s grandchildren donated, including personal items such as his walking cane, two of his golf clubs, and his cigar table, the feet of which are carved to resemble his boots. There’s also original photographs and photo albums, hand-written letters, newspaper columns, distillery tour brochures, holiday recipe booklets, minutes from W. L. Weller & Sons’ first stockholders and board of directors meetings, 1908; and an original copyright certificate for Old W. L. Weller Bourbon, 1914. Fans of American whiskey will probably be most intrigued by the selection of rare and vintage decanters and bottles of bourbons and rye whiskeys on loan from Julian Van Winkle III, including bottles of Pappy Van Winkle’s Family Reserve, Old Rip Van Winkle, Old Fitzgerald, Very Very Old Fitzgerald, Very Xtra Old Fitzgerald, Weller’s Antique Reserve, W. L. Weller’s Cabin Still, and Mr. Weller’s Pure Limestone Water. There’s even a barrel sample taken from the 500,000th barrel produced at the Stitzel-Weller Distillery on display. Custom wallpaper made of replicas of vintage Weller and Van Winkle whiskey bottle labels has been installed in the gallery and a monitor that plays a video about Pappy has been mounted nearby. The exhibit will run until July 2021 and for more info just visit fraziermuseum.org.

Looks delightful, but what happened to the other ⅓?

To celebrate the opening of a new London restaurant, Brat at Climpson’s Arch, on 11 July, top Spanish brewer Estrella Galicia is offering the first 50 diners through the doors a free ⅔ pint of its World Lager. The new summer residency at this Hackney venue sees Michelin-starred chef Tomos Parry cooking classic northern Spanish food like Basque fish stew, and the only beer on tap will be from Estrella. It sounds perfect, great food and free beer. We don’t want to look a gift horse in the mouth but we do have one question, what happens to the rest of the pint? Is someone pulling a fast one and skimming off ⅓ of a pint? We need to be told. 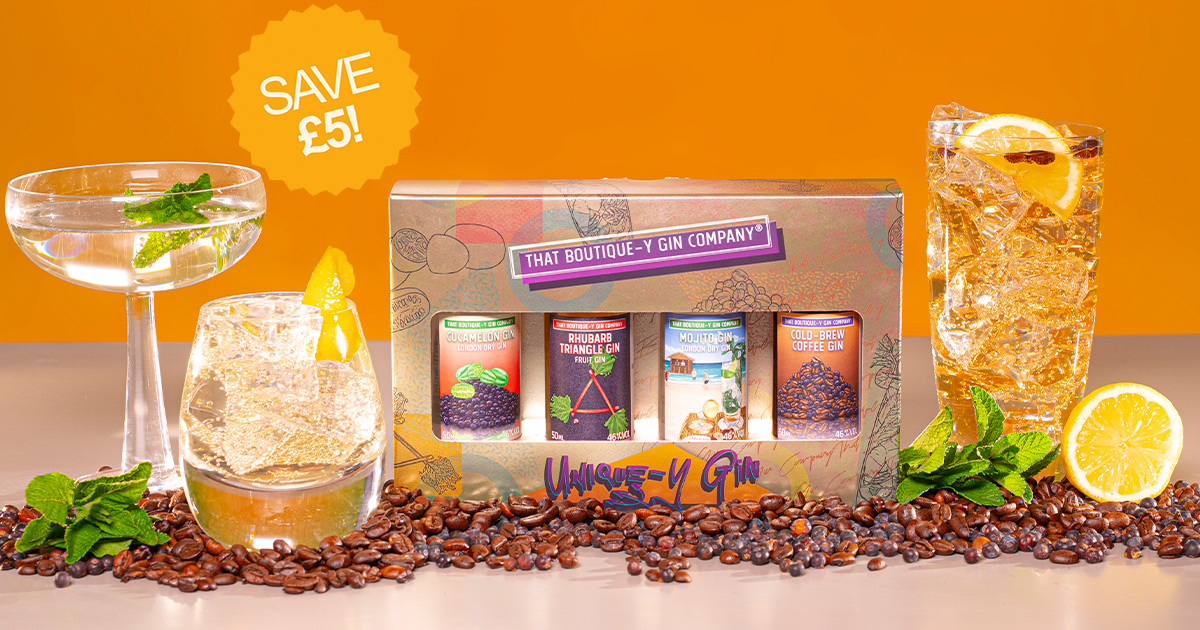 Master of Malt @MasterOfMalt
3 hours ago
If you're after a fab dark #rum, Havana Club Añejo 7 Year Old is a great choice – and it's one of today's Daily Deals! 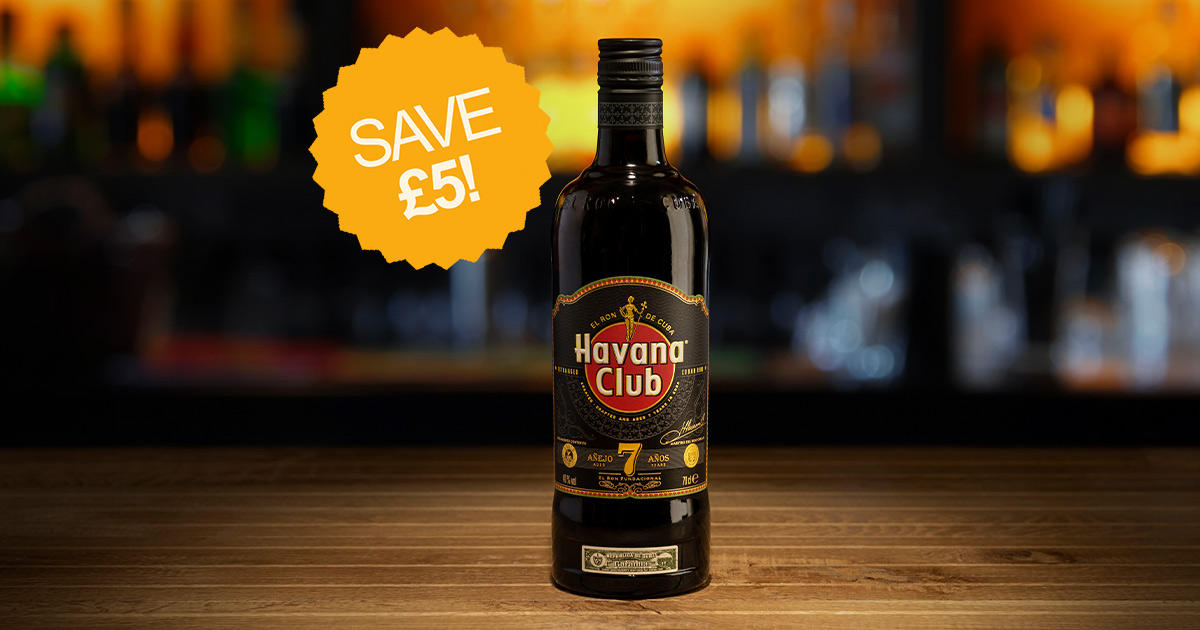 Master of Malt @MasterOfMalt
4 hours ago
Delicious Daily Deal ahoy! Today, you can save £30 on the excellent Inchmurrin 18 Year Old single malt from Loch Lomond! 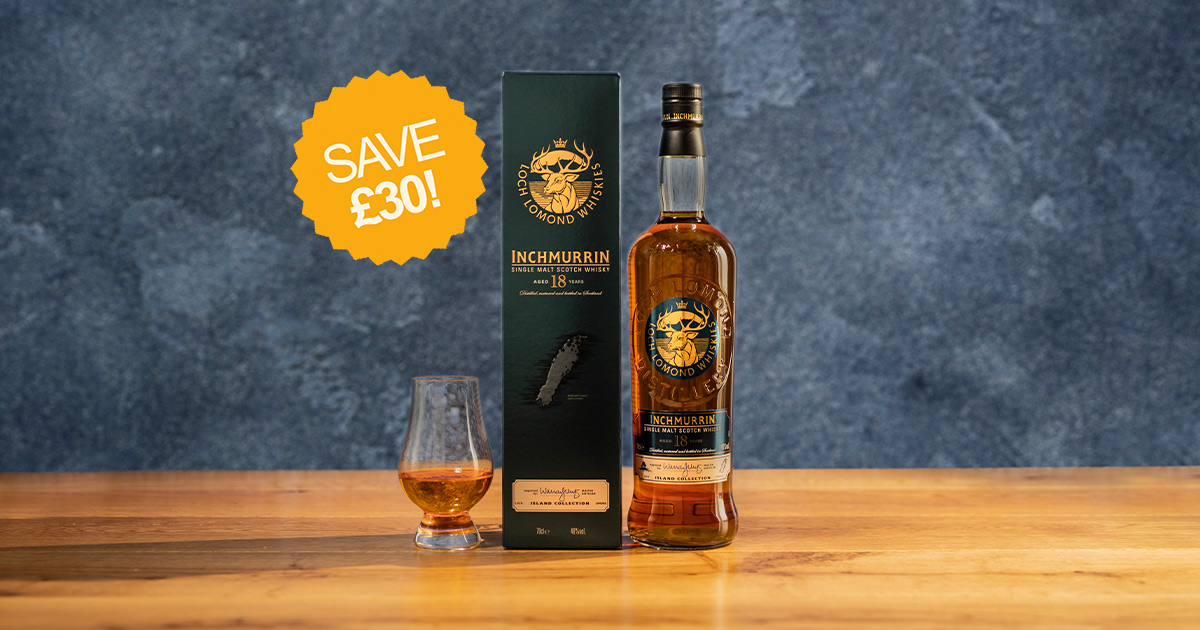