The fastest, heaviest and loudest rock’n’roll band in history, Motörhead’s far-reaching influence on music can’t be overstated – and now, the band is making waves in the spirits world with its own whisky, vodka, rum, and more. Here, we chat with legendary drummer Mikkey Dee on touring, his favourite drinks and Lemmy’s surprising love of Kinder eggs.

From their prolific back catalogue to their dedicated touring schedule, the trio behind Motörhead – late bassist and singer Ian ‘Lemmy’ Kilmister, drummer Mikkey Dee and guitarist Phil Campbell – never did anything by half measures. So when these pioneering rock icons started bottling their own booze, we had a feeling the liquid would be nothing short of incredible.

It took three years and an untold number of cask samples to finalise the recipe for Motörhead’s flagship single malt whisky, made in collaboration with Sweden’s Mackmyra Distillery, and this exacting attitude extends across the entire range: from Motörhead Vödka, made in the Swedish market town of Malmköping using locally-grown wheat, to a rum aged in ex-bourbon casks from the Dominican Republic.

Mikkey relaxing before a show with some on-brand booze

Behind the scenes the creative process has been an uncompromising and hands-on affair, with no detail left unchecked, as drummer Mikkey Dee attests. As Motörhead Premium Dark Rum bags yet another tasting award, its fourth in a little over a year, we caught up with Dee to talk Motörhead Spirits, memorable shows, and the contents of their rider:

Master of Malt: First things first, how did the Motörhead spirits range first come about, who came up with the idea?

Mikkey Dee: Lem always had a dream to make his own drinks brand. We were all on board. Drinking together was a big part of our life, so why not have drinks to call our own! Lemmy also wanted a legacy beyond the music, something else that could keep the spirit of Motörhead alive for years. That’s when the vodka was created, Lem had moved to drinking vodka and orange juice more than other spirits once he was diagnosed with diabetes.

MoM: Tell us about the process of creating each one – how involved were you, Lemmy and Phil?

MD: It’s got our name on it, so we’re involved in everything. It always started with a product idea – what Lem or we enjoyed drinking, then also thinking of the fans and what they would like and want to see from us. We’re involved in it all, from choosing the liquid, to naming the products and bottle and label design. Lemmy really liked the creative part, he knew how he wanted the bottles to look. I remember we were in the studio recording mixes for Bad Magic when we were brought samples of the Single Malt Whisky – Lem chose it right there. It took three years of tasting to find the right one!

MoM: Motörhead Premium Dark Rum has just won its fourth spirit award. How does it feel for the liquid you created to be recognised in its own right?

MD: We work really hard on our drinks for the quality and we are ready to take on anyone – that’s always been the Motörhead way. The quality was always really important to Lem and will continue to be for anything else we do in the future.

MoM: Could you share a story about a time the band shared a memorable drink together? Where were you, and what made it memorable?

MD: We were doing a show in Stockholm in 2015 at the Hovet Arena. We got together before the show and had some of our drinks there – our lager and the Single Malt Whisky, which was Lem’s favourite. The whisky is made in Sweden by Mackmyra so he called it his ‘Swhisky’ for Swedish Whisky. It was one of the last shows we did together before Lem passed, so I’ll always remember it.

MoM: This isn’t your only spirits project, you also opened Alabama in Paris last year. What made you want to open your own bar, and did you have a specific vision in mind?

MD: Yes I actually got asked by a friend of mine – Sofia – if I wanted to be a part of the bar opening. I had just shut down my other bar in Tenerife which was called Mikkey Dee Rock Lounge. I thought it was a great opportunity and decided to do it with Sofia. The bar is right at Plaza Republic, super central. We have all the Motörhead drinks there and also some merchandise. We really brought in the feeling of Motörhead; a little bit of memorabilia! That was the vision. I try to get there as often as I can but it hasn’t been too much recently.

MoM: What’s your go-to drink of choice when you’re playing a show? And how about when you’re relaxing at home?

MD: I’m not complicated, I like a simple lager. We have our Bastards Lager available around the world – hopefully soon in the UK too!

MoM: You were in Motörhead for 23 years. How did the band’s approach to touring change over time – were the later tours as rock’n’roll as the earlier ones?

MD: Absolutely. With Motörhead the problem we had was Lem couldn’t stay at home! That old bastard never wanted to stop. We had just got back from four or five months’ touring in Europe and the US, I flew home to Sweden and two weeks later Lem called and said, ‘Hey what’s going on, should we go out again?’. I’d say to him, ‘We need to have time off!’ and he’d say, “Fuck it, we should get going now!” The approach was never-ending, being on the road all the time, even in the later years.

MoM: What might we find on a typical Motörhead rider?

MD: We weren’t really that particular to tell you the truth. We were easy going. Lemmy liked bourbon, whisky, and vodka and orange. On my rider – beer, a bottle of whisky, water. Snacks: fruit. The only weird shit was Lemmy was obsessed with Cadbury Kinder Eggs. He didn’t eat the chocolate but loved the gift on the inside. Sometimes he opened the egg and there was a finished piece instead of one you put together and he’d say, ‘This is a shit batch!’ He liked to make the toy himself. My boys would sometimes be backstage with us and would go into Lemmy’s dressing room before the show to hang out – then they’d come into my room and said to me, ‘Hey dad, Lemmy doesn’t eat the chocolate!’ with shocked faces.

MoM: Motörhead will be remembered as one of the greatest rock bands of all time. Could you share one of your career highlights from your time in the band?

MD: Oh my god, so many. Basically every time you walk off stage – you felt that was it, no one can follow this. You felt you gave it all. I remember we didn’t care much for awards shows and all three of us had the same attitude – how do you compete in music, why should this song or album win an award over this or that. We always got awarded by our fans and that was enough for us. That’s where the real deal is. But, when we did win a Grammy, Lem was very proud. I could see and feel that. And of course me and Phil as well. Not so much because we won – more that someone finally gave us a little bit more space and attention in this world. I thought that was fair. I’m glad Lemmy got to experience that, he deserved it. The band deserved it too after so many years of total rock and travelling the world. I don’t think we had one bad record. It was nice to be awarded for that from the industry.

Cheers, Mikkey! To toast Motörhead’s excellent taste in spirits, Brands For Fans is offering you the opportunity to get your hands on a Motörhead merch package that includes the band’s Premium Dark Rum, Single Malt Whisky and Vodka. Competition opens this Thursday. Watch this space!

Master of Malt @MasterOfMalt
19 minutes ago
We examine the differences between Canadian and American rye whisk(e)y with @nydistilling’s Allen Katz and Lot 40 Rye Whisky’s Dave Mitton. 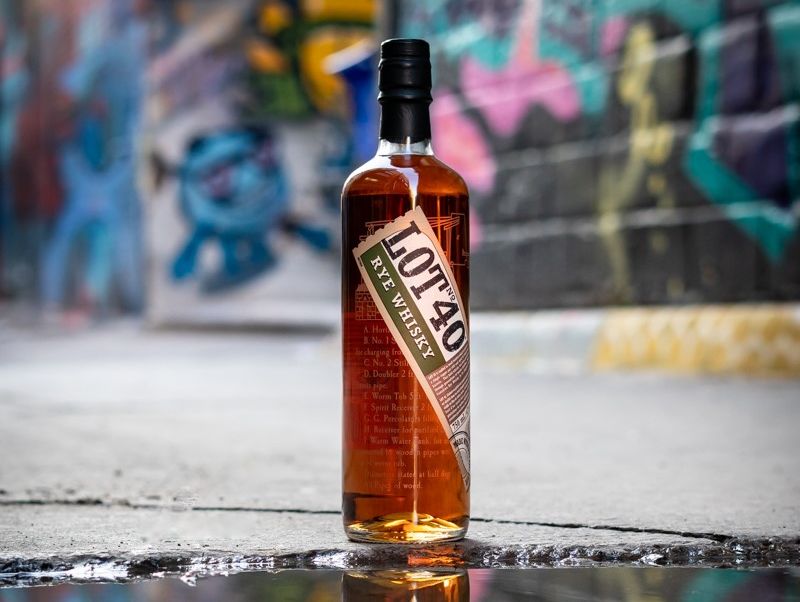 Master of Malt @MasterOfMalt
1 hour ago
Summer not only brought with it the sun, but also our Summer Sale! If top savings on even better spirits sounds good, then head on over to our Special Offers page... 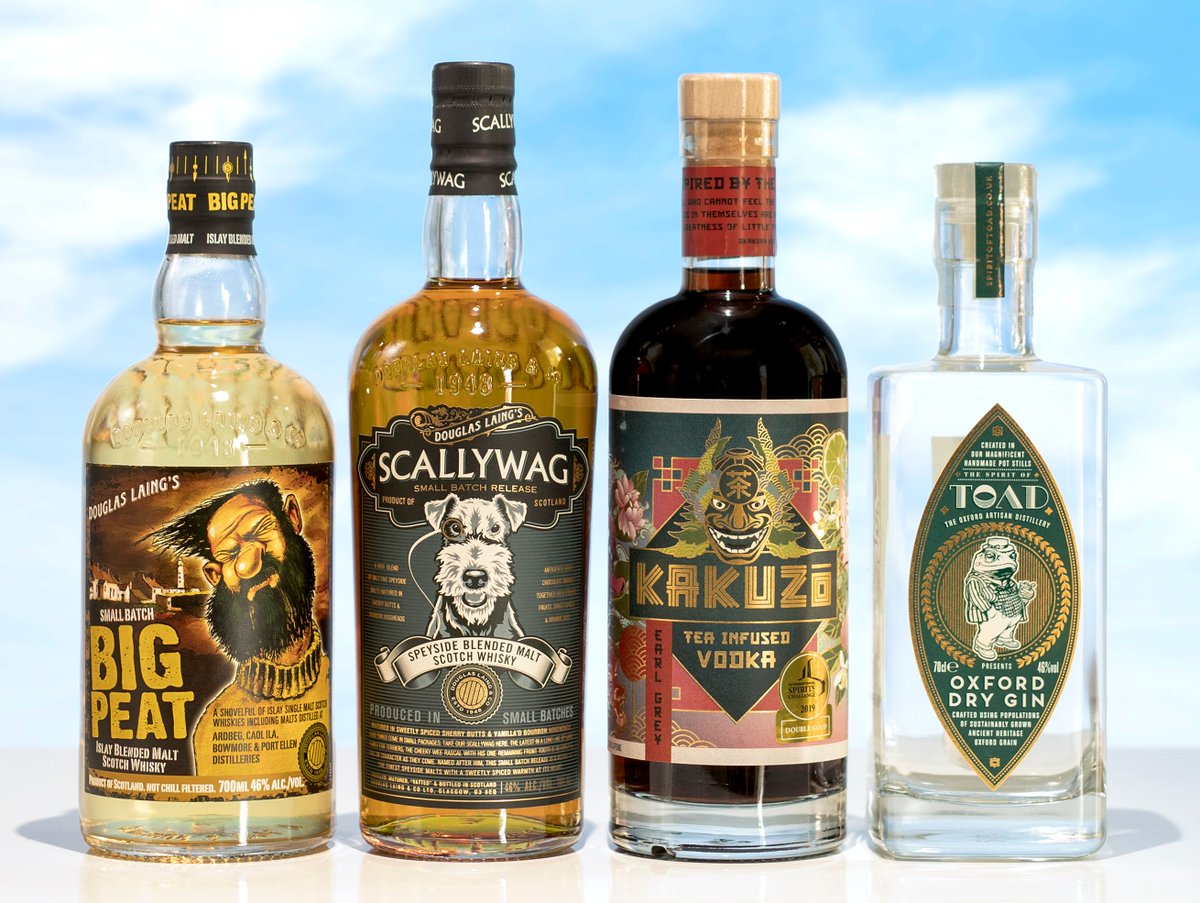 Master of Malt @MasterOfMalt
3 hours ago
Sherried Highlanders are a winner, and this 12 year old Blair Athol from the Flora and Fauna series is just yet more confirmation! 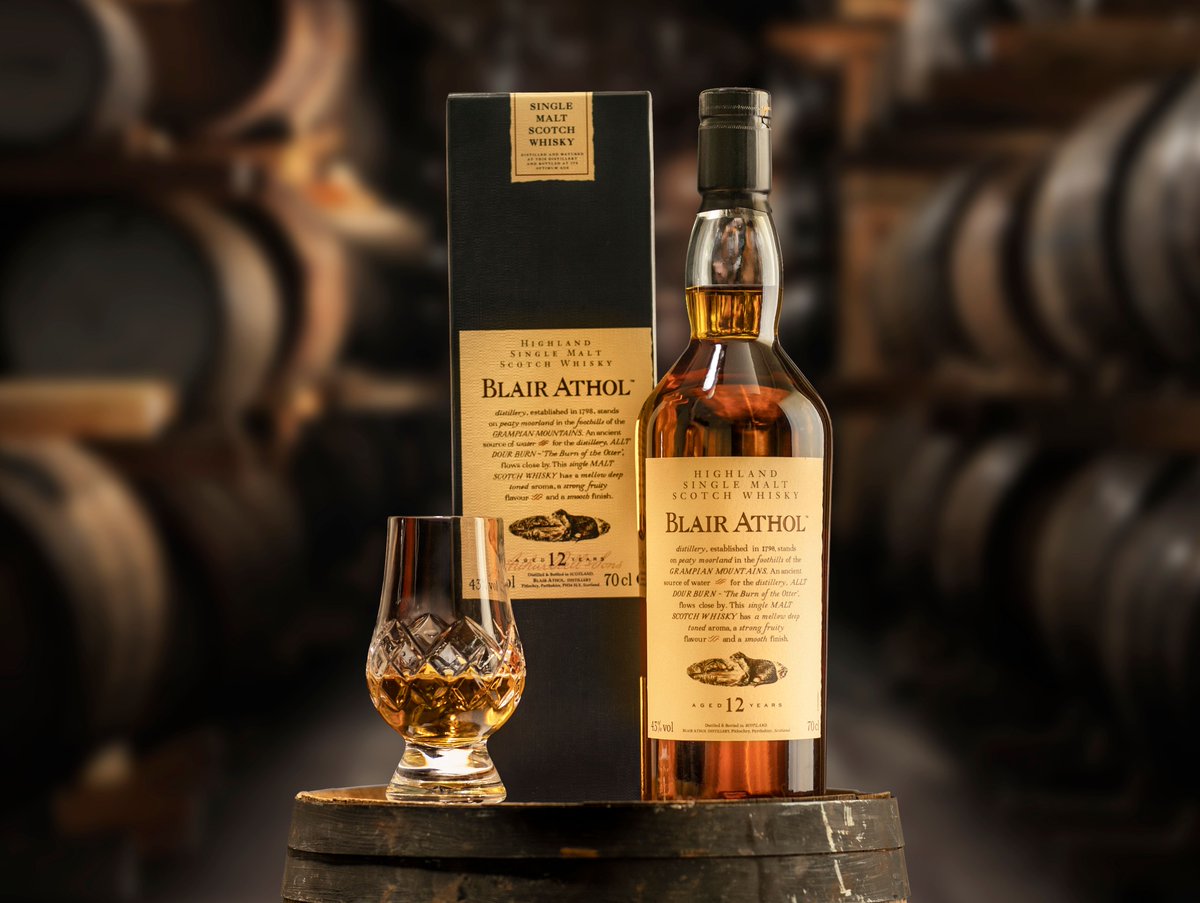