Long time readers of the Master of Malt Blog will know that we visited the home of the English Whisky Company in Norfolk all the way back in 2009 – over 6 years ago! Ben had a look around the awesome St. George’s Distillery, saw a dog and definitely didn’t get told off by a colleague for having to be physically dragged away from their cask storage containers.

This was just around the time that the English Whisky Co. released Chapter 6, the first widely available English single malt whisky in over 100 years. Over the years since then, the number of Chapters has continued growing, with Chapter 17 released late last year! English whisky is still very exciting (and delicious) to us, which is why we’re very proud to present not one, not two, but four English single malt whiskies from the English Whisky Co. bottled as part of the Master of Malt Single Cask Whisky Series! 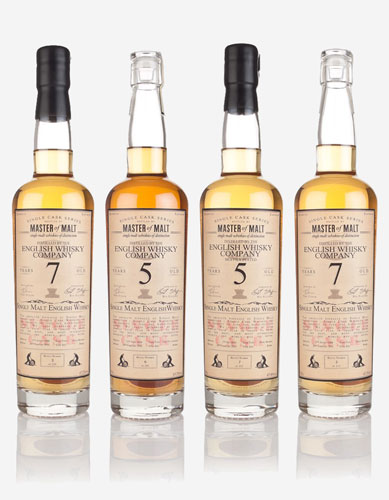 That’s right, we’ve independently bottled four English Whisky Co. single malts, including a pair of 7 year old whiskies, an Oloroso-cask-matured whisky and even a peated whisky too – all of which are marvellous! You can find tasting notes for all four at the bottom of this blog, but first, we’ve got something a bit special…

We were lucky enough to get an interview with English Whisky Co.’s Owner Andrew Nelstrop a few weeks ago, and we asked him a few questions about how things have been developing at the distillery and the English whisky category as a whole! Read on, folks! 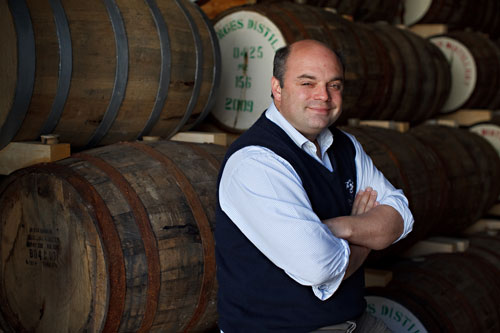 Ben visited the distillery back in 2009 – shortly before English Whisky Chapter 6 was about to be released. What’s been going on at the distillery since then?

Andrew Nelstrop: A lot of distilling, a little bit of bottling and an enormous amount of patience as the majority of our whisky stock continues to age. The big surprise since our opening has been the huge numbers of people that have visited the distillery, it is not something we had planned on and it is taking us time to catch up but finally early next year we will open a new improved retail shop and café at the distillery which will mean you can come and have lunch as well as tasting whisky and having a look at the distillery.

The English Whisky Co.’s first distillations were in 2006 – as 2016 continues, are there any big plans for 10th Anniversary celebrations?

AN: As you know – whilst there is a 10th birthday of the 1st whisky put into cask, the amount of whisky made on that day is really very small – so we will have to wait until our 11th or 12th birthday before the arrival of a general release 10yr whisky. However I am sure we will organise a little shindig at the distillery to celebrate the fact that we have been distilling for a decade. We are also looking at the possibility of doing a special sample for our members to try.

Could you give us a bit of an explanation about the English Whisky Chapters, how they’ve developed and a little bit about the variants within the Chapters?

AN: The chapters came about as a bit of an accident really; we knew we were going to make 2 completely different styles of whisky “peated” and “unpeated” but at the time it was very rare if not unheard of for a single brand to produce both types of whisky, the norm was to have 2 brands but as we wanted to use The English Whisky as an all-encompassing brand then we needed to find a way to label the different whisky types we would be producing. “Chapters” was a suggestion that stuck and since then each Chapter is a different style of whisky; for example Chapter 14 is an unpeated classic single malt matured in a bourbon cask whereas Chapter 16 is a peated whisky matured in PX casks.

The most recent Chapter we’ve seen was Chapter 17 – a triple distilled single malt. Are there any other styles you’d like to experiment with? What on the horizon for upcoming Chapters?

AN: When a distillery first starts distilling there is a need to try all sorts of different types of cask to mature in and to try different distillation timings and barley types etc; eventually you work out which malts and which woods suit the distillery best. After 10 years we now are starting to see a rationalisation of the types of cask and therefore the number of different products we will have available will slowly decrease in the coming years. Having said that – we are always learning and every now and again we come up with something untried and give it a go (top secret stuff of course!) – some projects work and make wonderful whiskies and some don’t – but the joy of being a privately owned distillery is that we can take the risk and try things without the need to keep investors and board members happy.

Chapter 16 was awarded European Whisky of the Year (Multiple) in Jim Murray’s Whisky Bible 2016 – how exciting was that?

AN: Awards in Jim Murray’s bible are always exciting and something we are incredibly lucky to receive. There is no question that Jim has an extraordinary palate, so to be rated as one the top whisky producers is a really big deal for us and I hope my distillers go home with a feeling of pride when the Bible comes out each year.

AN: The can be answered in 2 ways: I think it is unlikely that English distilleries will create a “style” of whisky just as Scotch is not a style of whisky. Every distillery opened in England is in a different geographical location and most of the distilleries have varying types of distillation equipment – so it is unlikely we will ever see a national style of English Whisky. However The English Whisky Co. is definitely getting to a point in its life where very obvious whisky characteristics are becoming obvious. On the bourbon casks in particular we see lots of very fruity characteristics such as citrus, bananas, pears. Also vanilla and a slight nuttiness (almonds, hazelnuts). Great Summer whisky.

What deliciousness are we in store for with the four casks that Master of Malt will be bottling?

AN: As above. Lots of light fruit and vanilla on the bourbon casks. The peated bourbon cask will have a lovely balance between the light citrus fruitiness and smoke – heavily smoked but the fruits still shine through. The Oloroso cask gives that lovely rich dark fruitiness, raisins, sultanas. Also a much drier finish than the bourbon matured whisky.

With the New World Whisky category growing and growing, are you excited to see more independent bottlings of whisky from distilleries around the world?

AN: For a number of years I have been a bit protective over my own whisky and have preferred to bottle all of it ourselves. It was only when someone pointed out that a large percentage of the 300 single malts from around the world we sell in the distillery shop are bottled by independent bottlers – did I start to consider the possibilities. I think we will always be a little picky over who we sell casks to but I do genuinely believe that independent bottlers are a good thing as they have a different market place to us and therefore our whisky gets introduced to new drinkers. Also an independent bottler’s reputation and livelihood relies on selling a fine product – so you are unlikely to buy a bad whisky from them.

Have you got anything coming up that you’d like to let the readers of the Master of Malt blog know about?

AN: We have a number of releases over the summer, starting with Chapter 7 released this week. My favourites are always the single cask bottlings and the oddities, it is worth signing up to our newsletter to find out what is coming when. For those that are in the UK or planning to visit, I highly recommend making the effort to visit the distillery as the Distillers Elect which is whisky chosen by the distiller and bottled to his spec without interference from me – is available now; remember that you can only buy this from the distillery shop in person but it is definitely worth the trip. 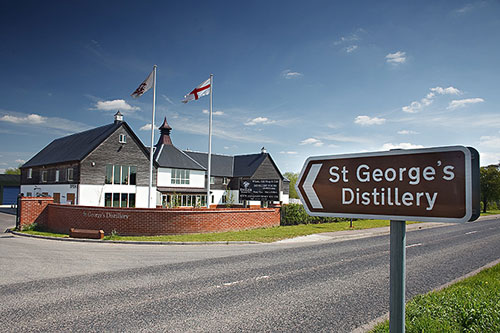 Many thanks to Andrew Nelstrop for sparing the time to have a chat to us. Now, if all of this talk of English whisky has made you thirsty, take a look at the four cracking new English Whisky Co. single malt whiskies have joined our Single Cask Series…

English Whisky Co. 5 Year Old 2010 – Single Cask (Master of Malt)
Nose: Plum pudding and mince pies – this should definitely be served after a Christmas dinner! Spice grows in the shape of red chilli and charred oak, resulting in a good balance of savoury and sweet notes.
Palate: Very creamy. Quite thick with chewy Sherried malt, with plenty of raisins and sultanas, alongside a touch of white pepper. Becomes enjoyably oily on the mid-palate.
Finish: Wafts of sweet, juicy Sherry, and with a subtle hint of smoke too…
Overall: As mentioned above, this would make for an excellent Christmas whisky…