16 bartenders’ most reached-for bottles of 2019

Ever find yourself gazing at a backbar in total awe? Yeah, us too. With such tantalising spirits towering over them 24/7, how bartenders manage to peel their eyes away long enough to serve thirsty customers is beyond us. We asked 16 creative minds which bottling they’ve found themselves reaching for time and time again over the course of 2019…

Given that pouring delicious liquids is all in a day’s work for the world’s leading bartenders, finding out which bottles they’re getting excited about makes for fascinating reading. Perhaps their top pick comes from the emergence of a trend – the influx of agave distillates that have graced shelves, for example – or the arrival of a sustainable new product that has revolutionised the way they approach their drinks. Whatever it might be, we asked 16 bartenders to share an interesting bottling they’ve found themselves coming back to over the course of this year. Here’s what they had to say…

Cocchi, or “Old Faithful”. It’s been my most reached for bottle for a number of years now and its mystical powers over me haven’t weakened. Recently it’s been Cocchi di Torino, but the Americano is also a firm favourite. Cocchi has this magic quality of bringing flavours together without intruding too much, and leaving the cocktail with real feng shui. A splash of either can fix pretty much any drink. They are all really nice on their own too, over ice or in a spritz. You really can’t go wrong with them. 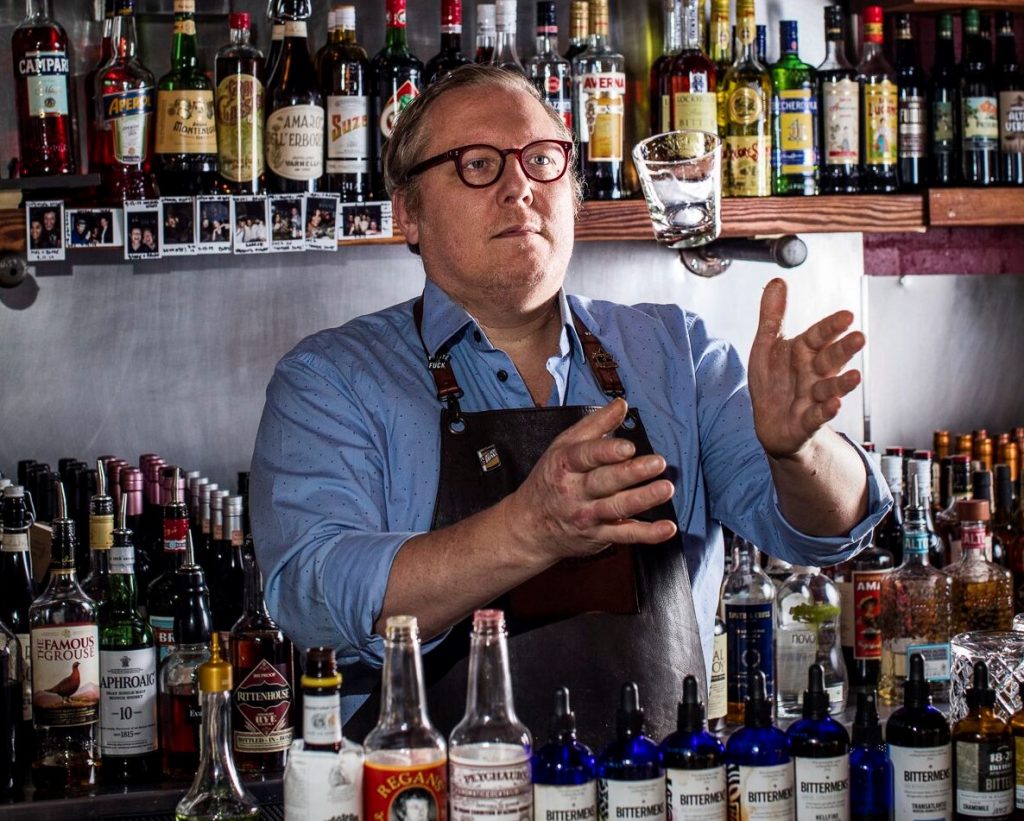 It’s probably no surprise to anyone that the item I’ve reached for the most this past year has been a bottle of bitters, specifically Dale DeGroff’s Pimento Bitters. Pimento is the allspice berry, and that’s the genius of this expression – it simultaneously tastes of ginger, nutmeg and mace. It makes a stand-out Old Fashioned as well as finding itself right at home in a Buck or Mule. Combined with rum in your favourite Daiquiri, it elevates all the parts and creates a harmonious tipple. Don’t get me started on how easily it lends itself to tiki-influenced drinks. Cheers!

Regarding my most picked up bottle of 2019, it must be Cognac. I know that may seem an odd choice, but Cognac has such a distinctive profile, and it actually lends itself perfectly to being both a base flavour as well as a modifier. I’ve spent a lot of this year drinking Cognac-based Sazeracs from around the continent and I think the diversity that Cognac brings to a cocktail is second to none. Due to its natural sweetness and full body, it lends itself perfectly as a product that is both malleable and distinctive. We use Martell VSOP at Lyaness but Cognac in general is what I’ve reached for the most. If you want to push the boat out then Armagnac offers even more diversity as a substitute for your traditional whisky base in cocktails.

Throughout the year I’ve found myself constantly adding verjus to a good deal of cocktails. It’s delicious and versatile, as it works in stirred, shaken, alcoholic and non-alcoholic drinks. Whether a dash or a bit more of a hefty measure, this verjus imparts a unique mouthwatering acidity with full bodied tart fruit flavours that you can’t achieve by using just citrus or acids such as citric, malic, and tartaric. When in doubt, sometimes just a splash of verjus does the trick!

When it comes to creating drinks off-menu or brainstorming for future serves, the bottles I kept reaching for were the new range of Muyu Liqueurs. Especially the Chinotto Nero. The reason behind this comes from a need to simplify the serves we build and also pack a punch in terms of flavour. When one ingredient can deliver the desired spectrum of aroma and taste, it allows us to downgrade the number of elements in set drinks and also takes away the hassle of creating a homemade ingredient to satisfy this need. So, the more complex and unique a commercially available product is the easiest it becomes for us to build a drink around it. This is my reason for constantly reaching for Muyu Liqueurs. 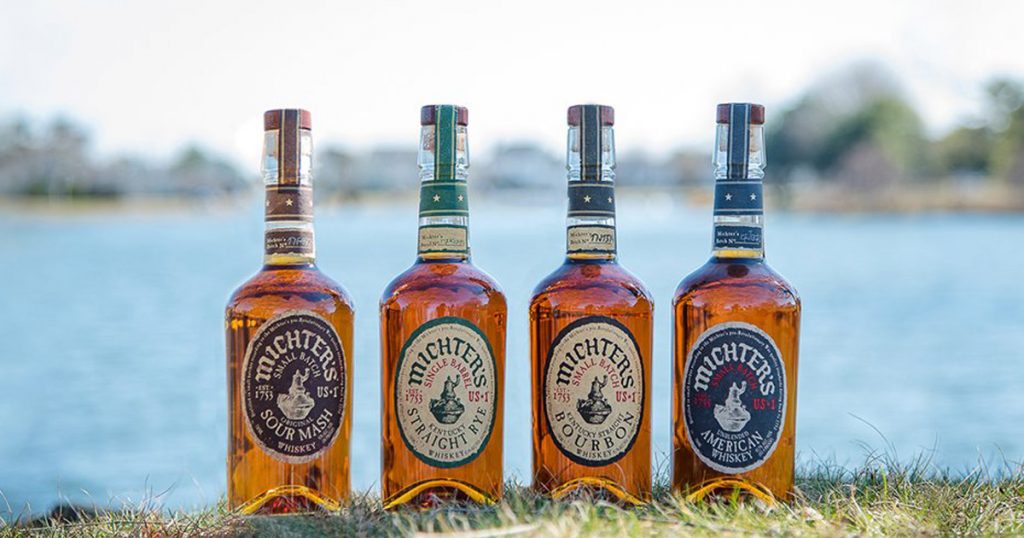 This year I’ve found myself making a lot more Old Fashioned cocktails than usual. I strongly believed that the only way to create great cocktails is to use outstanding ingredients. Whenever I am asked for a recommendation about which spirit to use in an Old Fashioned, I find myself invariably reaching for the Michter’s US#1 Bourbon and Rye. I’ve been a long time supporter of Michter’s since my first taste. I love the rich flavour profile and versatility in a range of other classic cocktails. I love that they have an amazing ‘cost be damned’ approach to creating the best full-flavoured whiskies – due in part to the low barrel entry proof, which causes the entire liquid to mature to greater effect. I have the utmost respect for their master distillers. Their dedication to quality makes this one of my all time favourite whiskies.

I feel 2019 has had both hands reaching in different directions to make for a really interesting change in the way we are drinking and what we are reaching for. On the one hand with the launch of products such as Everleaf we see an evolution in the rise of high quality and unique non-alcoholic drinks. There is a significant increase in the demand for complex and unique bottles such as Everleaf whether they are used in non-alcoholic or alcoholic cocktails. Equally with the other hand as the days get shorter and the nights colder bottles of new products such as Cadello 88 are being loved by clients and teams alike. Warm, wintery and well-balanced and, like Everleaf, a distinct spirit that fills a niche beautifully.

The Kasc Project pushes whiskey-making methods to the next level. I had the pleasure to meet Zak Oganian, managing director of Kinahan’s, and The Kasc Project surprised me a lot. The flavours are something like a mix of aromas from a candy store – very different whiskey flavours to anything I’d tried before. If you are a traditional whiskey drinker, this is not the whiskey for you. The makers told me that one of the oak types used to age this whiskey is a ‘dying species’. I really love this new release because it has an unconventional mix of flavours, the flavours are very unexpected.

Russian Standard Original vodka is my first choice as it is a spirit full of character with a bold flavour and smooth finish, that is easily recognisable within cocktails – so naturally I’ve found myself drawn to it when creating new cocktails at Cahoots this year. Not only do I love the versatility of the spirit, but the style of bottle and its history makes the product even more interesting, which I had the privilege of learning more about this year on a trip to Manchester, where I presented a masterclass. Because the taste is so pure and distinctive, I think it works best of classic cocktails, such as a Russian Standard Martini served very simply with a green olive, or in a fresh Russian Standard Gimlet, made with discarded lime, lemon and grapefruit peel. 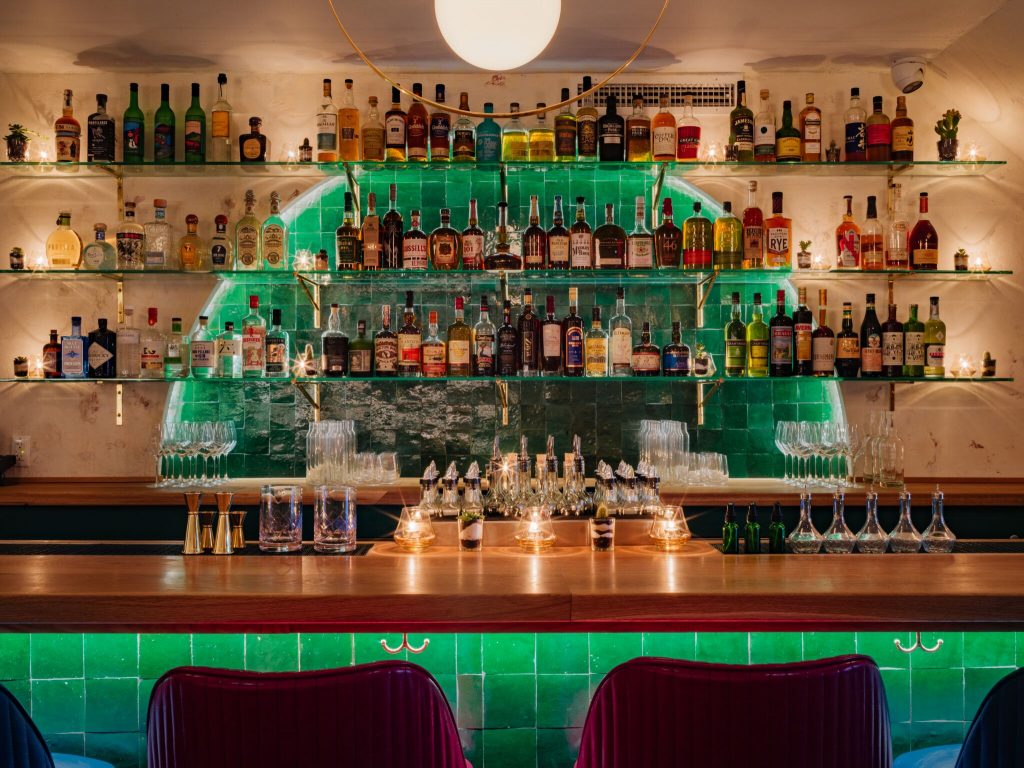 Could you just pick one bottle from behind the bar at Mister Paradise?

This past year I have found myself reliably coming back to Suze, whether it is for my own consumption or someone else’s. It is a very bright, citrusy French aperitif that is heavily bittered with gentian root. It can fit into the balance of a cocktail similarly to something such as Campari, but lends a very different type of bitterness. My personal favourite application is just a simple Suze and Tonic with a grapefruit twist. Both the Suze and the tonic water – either Fever Tree or Thomas Henry – balance their own bitterness very nicely with sweetness, and the flavour combination of the two is bright, complex, and refreshing.

On our menu at Valerie, we have a cocktail called Ten Thousand Words – i.e. Bartenders Choice. We ask what spirit the guest prefers, and if they would like it stirred or shaken. I think the bottle(s) that I have been reaching for the most is the Giffard line of liqueurs, specifically their Caribbean Pineapple. Now that it is the season, and people still want a taste of tropical, this liqueur is perfect. I tend to pair it with 5 spice, fresh citrus, and really, one can make it work with any base spirit. We also utilize the Caribbean Pineapple Giffard Liqueur in our Meet & Greet cocktail where we pair it with London dry gin, amontillado sherry, Benedictine, and Angostura Bitters.

Żubrówka is the most recognisable and oldest vodka brand in the world – its history is over 500 years old, and it’s the third best-selling vodka across the globe. Its main flavour notes, vanilla, almonds and cinnamon, perfectly match the trends around the world. We’ve always been working with this vodka in our bar, it’s part of our history. We prepare drinks with it and combine it with dishes. The Scots have whisky, the French have Cognac, and Poles have the world’s best vodka. Żubrówka Bison Grass Vodka is our reason to be proud.

Don Julio 70 has the complexity of an aged spirit, having been aged for 18 months, so it can be used for a lot of classic cocktails that would normally be associated with a dark spirit – anything from an Old Fashioned to a Manhattan. It also has the youthful characteristics of a young unaged spirit or blanco Tequila which enables it to work well in a Negroni twist, such as the White Negroni we serve at Hacha, which has proved to be our second most popular cocktail. 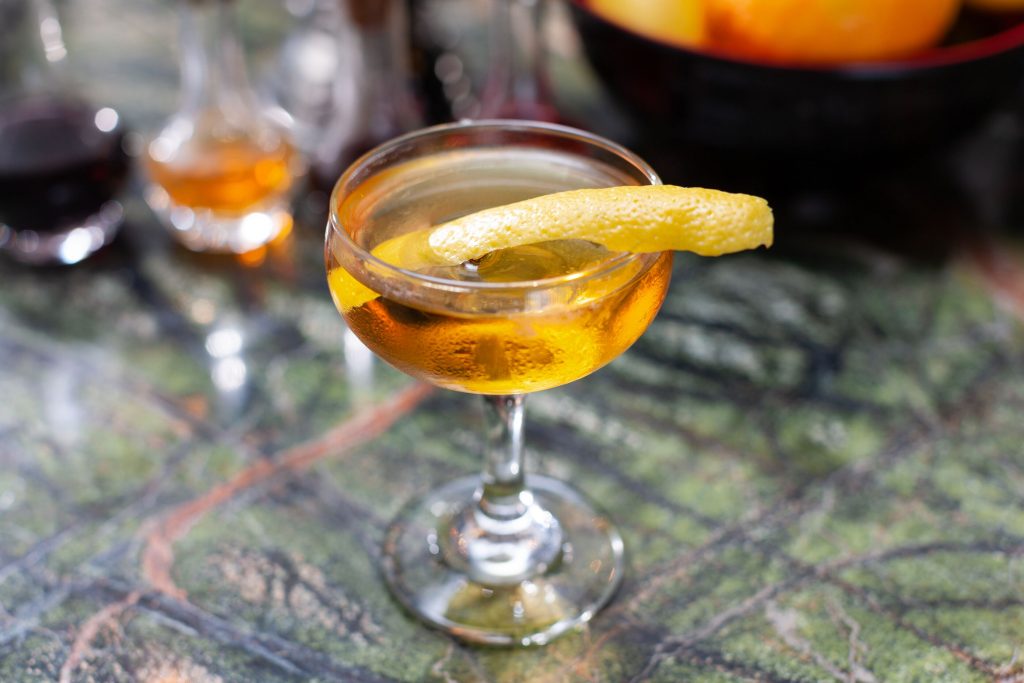 My Friend Duke uses Michter’s Rye in his Manhattan

For me it’s always Michter’s Rye. There are plenty of cheaper options but nothing anywhere close to the quality. I judge rye by how it holds up in a Manhattan, and Michter’s stands out against a bolder vermouth like Carpano Antica. It’s a bottle that belongs on every back bar.

My go-to bottle on the back bar has to be Porter’s Tropical Old Tom Gin. For me, it balances perfectly between being fruity and rounded while still keeping the juniper backbone you look for in a gin. This makes it stand up in pretty much all styles of drink including Martinis, Tom Collins or you can really use it to elevate a new creation to the next level.

For me personally, Zucca Rabarbaro Amaro is coming back to the bar scene and is one of my most reached-for bottles, especially within cocktail creation. We used to use it in our cocktail The President from the summer menu which was called ‘Casa de Cuba’. It is one of the most reached-for bottles for me because it reminds me of when I first started my career behind the bar.

Did your favourite get a mention? Do scroll down and let us know in the comments below – and share your personal top bottle of 2019 while you’re there…

A liquid history of Luxardo

Time for #WhiskySanta to say a festive farewell…