Annie Hayes
No Comments on Introducing Muyu: Liqueurs, but not as you know them

Internationally-acclaimed bar stars Monica Berg, Alex Kratena and Simone Caporale have launched Amazon-inspired Muyu, a range of modern liqueurs made with a forager’s philosophy and a perfumer’s approach. Here, Berg explains how the trio sought to capture the essence of the rainforest – responsibly…

The story of Muyu – named for the word for ‘seed’ in Quechan languages – begins back in 2016, when Berg, Kratena and Caporale visited the Amazon to explore the potential of Amazonian produce in cocktails. In doing so, they realised not only how precious this part of the world is, but also how fragile, says Berg.

“We decided that we wanted to contribute to the preservation of the people, the biodiversity, and the area,” she explains, “but the worst thing you can do if you want to preserve something is take something away. We came home and thought about what we could do – and the only thing we really know how to do is make drinks.” 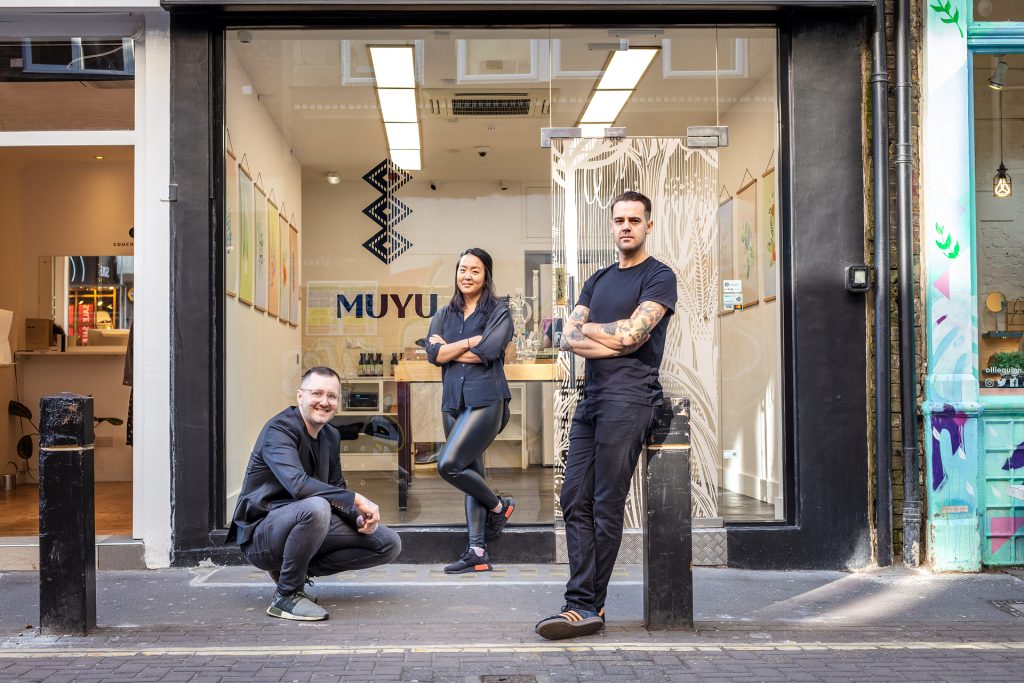 The big three, from left, Kratena, Berg and Caporale

Together, the trio came up with a business plan, which they pitched to Dutch distiller De Kuyper Royal Distillers (the company dates back to 1695, making it one of the oldest family-owned distilleries in the world; irrelevant here but a good fact nonetheless).

“There were a few things that were very important for us,” says Berg. “Firstly, creative freedom, and secondly, that part of the profits would go to non-governmental organisations (NGOs) to preserve the people, the area, and the biodiversity. [De Kuyper] said yes straight away, so it was the perfect match.”

Together with leading experts, the team sources aromatic substances from plants, flowers and fruits from Grasse, a French town known as the “perfume capital of the world”, and Schiedam, a Dutch city known for its historic distilleries – including De Kuyper.

The team combines production elements from both the perfume and cocktail world to create the Muyu range, which launched with three expressions: Jasmine Verte, made by Berg; Chinotto Nero, Caporale’s creation, and Vetiver Gris, from Kratena.

Each liquid begins a single note: the eponymous ingredient of each liqueur. Then, each adds secondary ingredients to build and blend their liquid. A number of different techniques – including steam distillation, maceration, tinctures, rotovap distillation, C02 extraction, and enfleurage – are used to extract the chosen flavours.

“Enfleurage is basically the fat-washing of the perfume world,” says Berg, as she talks us through her own bottling. “You take jasmine, steep it in fat and then remove the flowers. The fat is mixed with alcohol and distilled again. This way, you are able to extract only the fragile delicate notes of the flower.”

These extractions are the blended with alcohol, sugar, acids and water to create the final liquid. Muyu Jasmine Verte combines jasmine with neroli, yuzu, “patchouli to round it, a little bit of nettle leaf, and lastly iris”, which functions as the “backbone” of the liqueur. 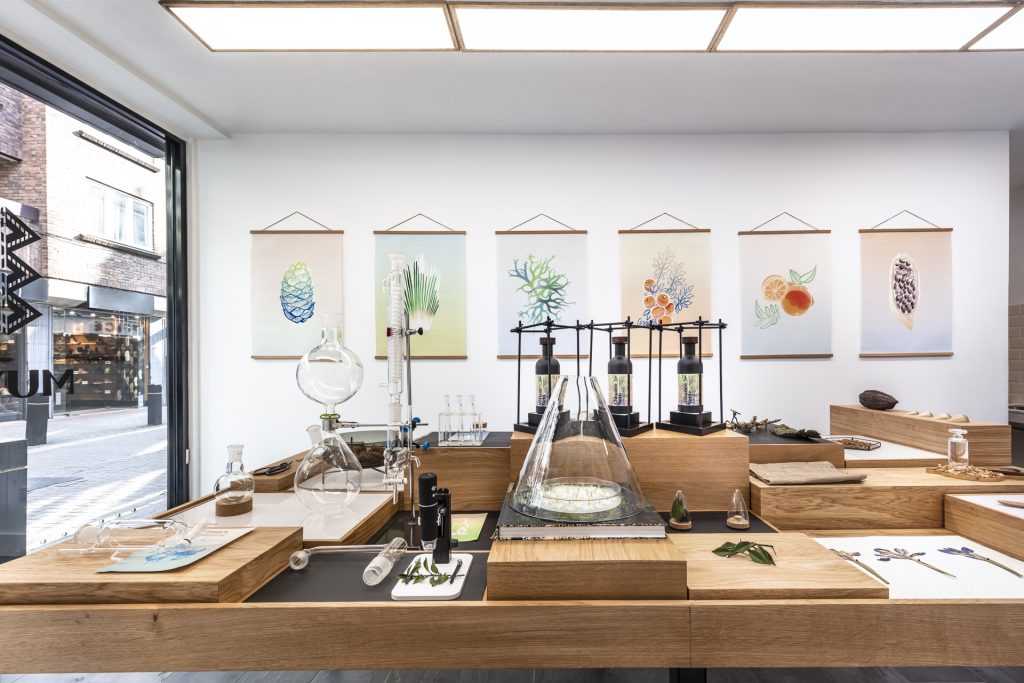 Muyu, booze inspired by the Amazon

Muyu Chinotto Nero pays homage to its namesake with a blend of cinchona, oak moss, curacao orange and cacao. “Anyone who grew up in Italy is quite familiar with chinotto as a soda, but those often have a lot of spices mixed into them,” says Berg, “Simone wanted to wanted to mimic the fruit”. One of its distinguishing features is added acidity, she explains. “A lot of citrus fruits have acidity, but a lot of citrus liqueurs don’t, which makes them very one-dimensional.”

Of all the liqueurs, Muyu Vetiver Gris has “probably the most perfume-y ingredients out of all of them,” says Berg, pointing to fashion brand Tom Ford, which has released some pretty heavy vetiver-based perfumes. Vetiver, typically “quite a heavy botanical in terms of aroma”, is matched with timur pepper, patchouli, petit grains and cedarwood. “The timor pepper has a lot of the same qualities, but it’s a little bit different – when you distil it, it gets all these bright top notes,” she adds.

Muyu is designed to be shared in highballs, mixed in cocktails and drunk on the rocks: simple, easy-to-follow serves. Muyu Jasmine Verte is paired with Champagne, Chinotto Nero with London Essence Company Tonic Water, and Vetiver Gris with Ting. Yes, Ting.

“The idea is, could your mother make this at home?,” explains Berg. “One liqueur and top it up with a mixer – yes, absolutely. My mother would never try anything more complex than that. She’d say no, I’ll have a glass of wine.” 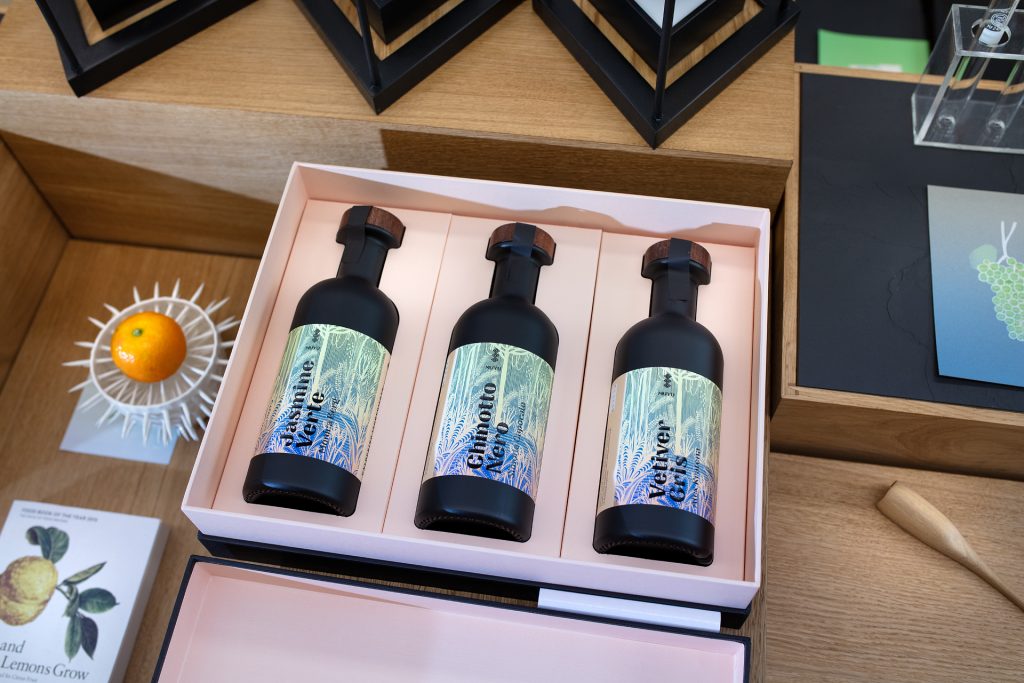 Great with Champagne, even better with Ting

Master of Malt @MasterOfMalt
8 hours ago
Rum is superb for laid-back summer sipping – explore an array of remarkable expressions from around the world in our #Rum Festival!