Resurrecting an historic spirit is no mean feat, particularly one revered for its pioneering and unconventional approach, but take it from us, the folks behind Irish whiskey brand Kinahan’s are relishing the task. We chat with Lewis Johnstone, global sales and marketing officer, as their most daring bottling to date, The Kasc Project, hits shelves…

“I think we’ve gatecrashed the party a little bit,” Johnstone says of Kinahan’s re-entry into the burgeoning Irish whiskey category. “If you ask some of the smaller privately-owned whiskeys who have been quite happily trotting along the last few years, they would probably say ‘where the hell did they come from?’. But we didn’t gatecrash it with the same kind of whiskey. We gatecrashed it with something a little bit different, and that is really our pathway to the future.”

If it’s proof you’re after, look no further than their first-of-its-kind creation, The Kasc Project. The unusual bottling sees a blend of malt and grain whiskeys aged in handmade hybrid casks made of five different wood varieties – Portuguese, American, French, and Hungarian oak, and chestnut – each selected for the flavours they impart into the whiskey. But then, Kinahan’s is no stranger to experimenting with wood. 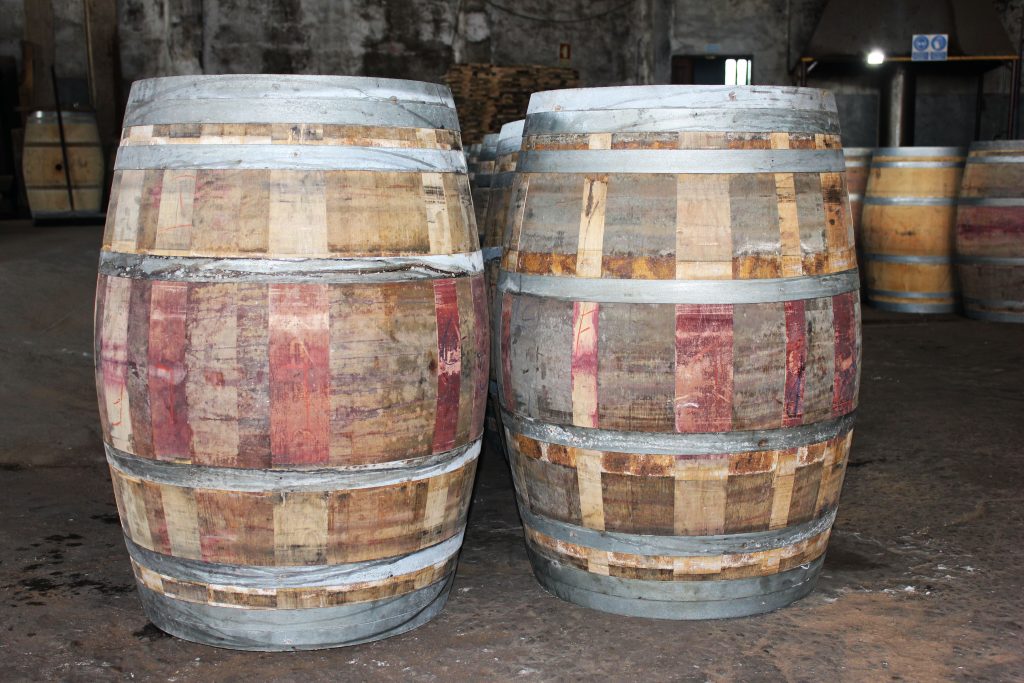 The brand first appeared in 1779 as a family-run operation, explains Johnstone, almost entirely exporting its creations to the US. “We were the first whiskey to start experimenting with wood types and use wood as a maturation device rather than just transportation, which is what everybody else was doing,” he says. The Lord Lieutenant of Ireland in particular took a liking to the liquid and insisted all casks were to be marked with L.L. – a practice acknowledged today across Kinahan’s Heritage Collection.

He wasn’t the only fan. The brand was also the whiskey du jour of esteemed bartender Jerry Thomas, who referenced Kinahan’s in his various cocktail tomes alongside Jamesons. Unfortunately, even Thomas’ backing was not quite enough to protect the brand once Prohibition reared its sobering head. Since 98% of its exports were US-based at the time, Kinahan’s would be resigned to the history books for the best part of a century. Fast-forward to now, and the team, led by distiller Quinzil du Plessis, have harnessed the renegade attitude of the whiskey-makers who came before them to bring the brand back to life.

“We have arguably the biggest selection of different barrel types than anybody in the business, certainly in Ireland and maybe even beyond that, because that’s who we are and that’s what we do,” says Johnstone. “When we restarted the Kinahan’s project, we had stock in a variety of warehouses all over Ireland, and the first thing Zac [Oganian, managing director] had to do was to find it all and make an audit of everything, what he could use, what he couldn’t.”

They pooled their stash into three third party warehouses and Quinzil set about altering the barrels to confuddle prying eyes and disguise the product inside. “He writes about 20 letters and numbers across the top of the barrel and only half a dozen of those letters or numbers might mean something, and only to him,” says Johnstone. 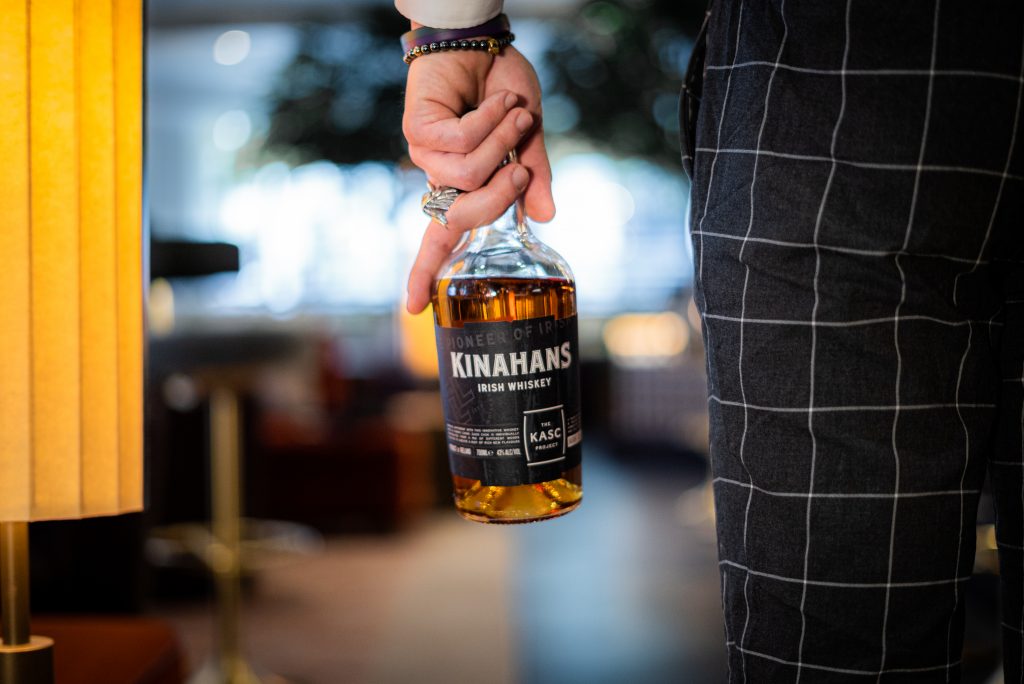 Kinahan’s, goes beautifully with a fine pair of trews

As of next week, the team will start the process of moving each and every cask to a brand new purpose-built Kinahan’s warehouse, away from curious noses. “Now Quinzil can go absolutely nuts without tiptoeing around, because we use some quite significant characters’ warehouses,” he continues. “They’re always looking over our shoulder to see what we’re up to and trying to discover what’s inside the barrel.”

And with whiskeys as curiously compelling as The Kasc Project, there’s little wonder. Currently, the wider range comprises Kinahan’s Single Malt 10 and Kinahan’s Small Batch, which Johnstone refers to as “our nod to the past”, as well as an annual single cask bottling that goes by The Special Release Project. Armagnac and amarone barrels are just two of the casks the team is experimenting with.

As for a distillery – well, Kinahan’s does own one, the Birr Distillery, established in the 1820s in the centre of the Republic of Ireland. Whether the team will fire up the stills remains to be seen, but for now, they’re pretty content making waves with wood. “At the moment we acquire whiskey from two or three distillers of note and then we bring [the casks] in and do what we want to be famous for – making great whiskey with our wood expertise,” says Johnstone. “Others might be doing it differently, but for us, a distillery isn’t critical to that end game.”