The new faces of alcohol-free

Annie Hayes
No Comments on The new faces of alcohol-free

The alcohol-free category is evolving, shaped by growing interest in sustainability, natural, ethically-sourced ingredients, and a penchant for pre- and post-dinner cocktails. We take a look at the new wave of booze-free botanical aperitifs…

“Sustainability is fascinating because it can mean so many things,” observes bar owner, bartender and conservation biologist Paul Mathew. “Two of our bars, The Hide and The Arbitrager, only serve things brewed, fermented or distilled in London – so the concept of sustainability there is about locally-sourced. Whether it’s reducing the amount of single-use plastics in the bar, switching to sustainable energy, using wonky fruit and veg, or upcycling citrus husks for a zero-waste approach to ingredients, it’s great that sustainability is such an integral part of the conversation we’re having in the industry now.” 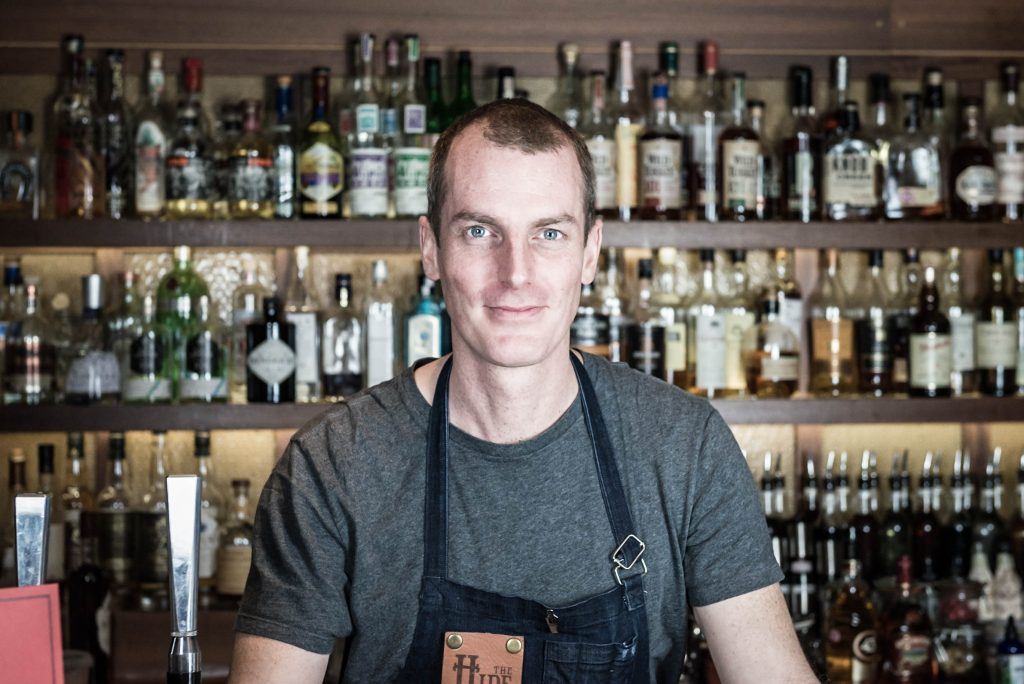 The man himself, Mr Paul Matthew!

When Mathew embarked on the project that would eventually become responsibly-sourced aperitif Everleaf, he set out to create a non-alcoholic drink with body and texture, something he felt other booze-free brands were missing. “Whenever we talk about wine, beer, spirits and cocktails, we talk about mouthfeel and texture in the same way as the colour, aroma and flavour, so for me it was an important missing part,” he says. “I wanted to make something that has a beginning, middle and end – from light and aromatic through to bitter and long.”

A hot, creamy drink traditional to Turkey and the Middle East made with herbs and spices, and thickened with powdered orchid root drew Mathew’s attention. Salep was popular in London centuries ago, he says, but fell out of favour when tea and coffee became popular. “I dug up some test orchids from Dad’s garden – he’s a botanist – dehydrated and ground them, before mixing with herbs and spices until I got the texture and flavour I was looking for,” he says. “When I tried to scale it, I couldn’t find any sustainable sources for orchid tubers. With a little more research, I found the same thickening components in voodoo lily, so it seemed the perfect solution.”

He spent a year researching, sourcing, dehydrating, macerating and extracting various plants to perfect the final recipe, which contains vanilla from the north-east of Madagascar, saffron from Spain, cassia from south-east Asia, iris from Italy, vetiver from Haiti, angelica and liquorice from Europe, quassia from Central America, gum arabic from Senegal, Peruvian pepper from Peru, and voodoo lily from China, among others – 18 botanicals in total. 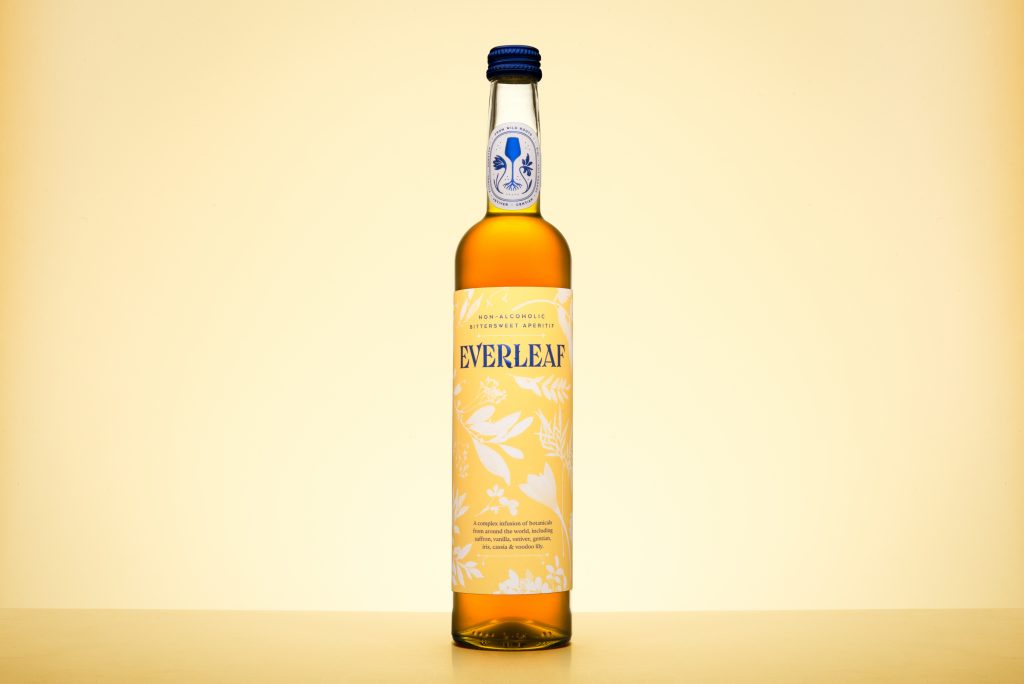 “There were a few ingredients I really wanted in there,” Mathew says. “My father wrote two of the definitive works on iris and crocus while I was growing up, so the smell of saffron and orris root are really emotive for me. I wanted vanilla for mid-palate sweetness and gentian for bitterness at the finish. Most of the other ingredients filled the gaps between the beginning-middle-end parts of the flavour profile, making it a journey across your palate rather than start-stop. The flavours should develop like they do in a good wine.”

To make Everleaf, Mathew heats voodoo lily and gum arabic, to make a textured base, to which he adds the botanicals. The resulting mix is rested before bottling. “Each of the botanical ingredients is made in the best way to obtain the natural characters I’m looking for from the plant,” he says. “The saffron is a maceration, for example, as is the vanilla. The orris is a tincture, the fennel seed a vacuum distillate, and vetiver an essential oil distillation – as it is made for perfumery.”

There’s no question that Mathew’s travels as a conservation biologist shaped his vision. Much of his work focused on “conservation through adding value” – making natural ecosystems work for people so that they want to look after them. “If you can find a high-value crop that makes a forest worth more in the long-term rather than as timber in the short term, people will want to look after it,” he explains. “Similar to Fairtrade principles, if you pay a higher price for vanilla grown under natural forest shade rather than under netting after the forest has been cleared, hopefully more will be protected.”

For Everleaf, sourcing is key. His vetiver, for example, hails from a Haitian project that protects communities and their livelihoods through reforestation, food security and empowering local women. “We’re trying to ensure that everything we get for Everleaf leaves a positive impact on the people and places it comes from,” Mathew explains. “We’re also working out how to offset the carbon produced in the supply chain so that we can be carbon positive – in a way that benefits biodiversity as well as emissions.” 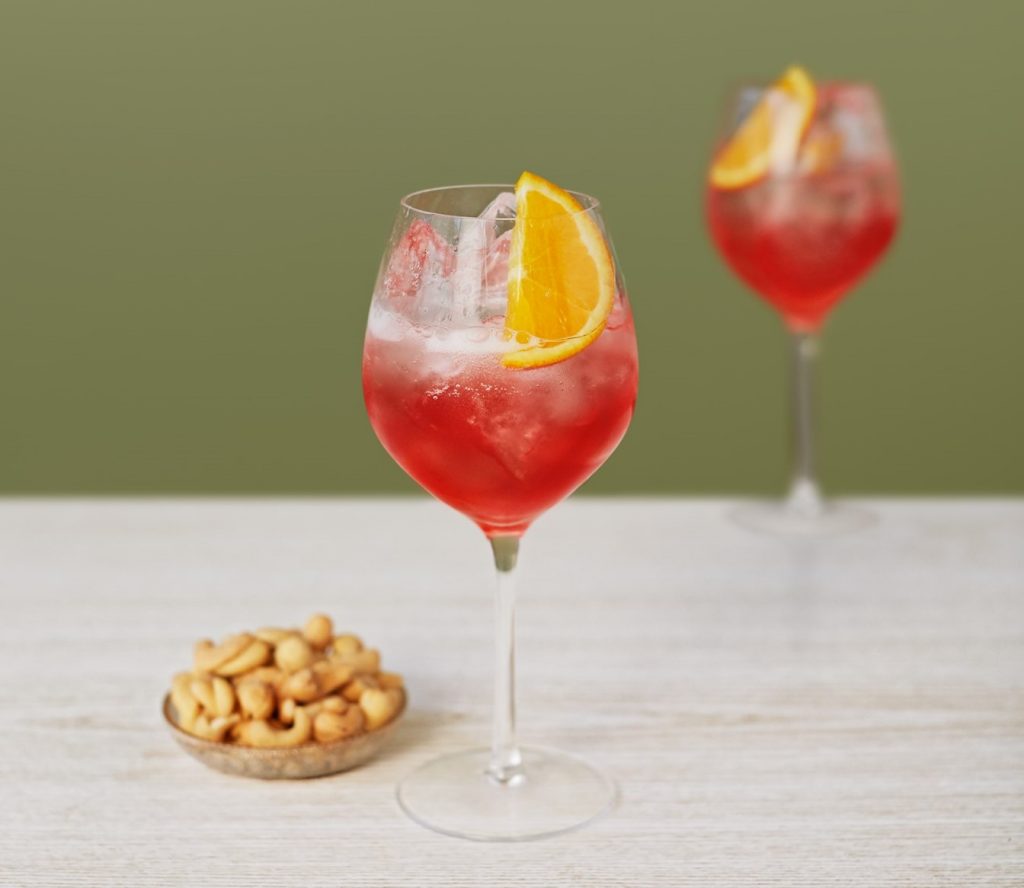 A huge part of the sustainability focus echoing throughout the industry has been the burgeoning trend for locally-sourced ingredients – something newcomer Aecorn Aperitifs is channeling with its range of alcohol-free aperitifs made from English grapes. As the sister brand of alcohol-free spirit Seedlip, which was launched by Ben Branson back in 2015, the ethos behind Aecorn is to “work within the realms of what’s familiar”, says co-founder Clare Warner, “but create our own rules about what you can do with something non-alcoholic”.

Inspired by the trend for low-abv drinking, aromatised wines and the rise of the aperitif, the duo set about creating a range of alcohol-free cocktail modifiers. When Bransen created Seedlip, he took inspiration from a 17th century manuscript called the Art of Distillation. “We went back into that book and found a recipe for acorn wine,” says Warner. “The recipe read exactly like an aromatised wine. It contained all the ingredients you would expect in a vermouth, plus acorns.”

Many traditional European aperitifs had a wine base, she adds. “Looking back at the 16th and 17th century we were consuming a lot of verjus in the UK, before we had citrus, and also when we had a lot of grapes”. Today, the supply is not quite so abundant – sourcing an English verjus was tricky to say the least, but eventually the duo found a producer who grows grapes specifically to make the acidic, complex juice, and foraged acorns from oak trees across the UK. 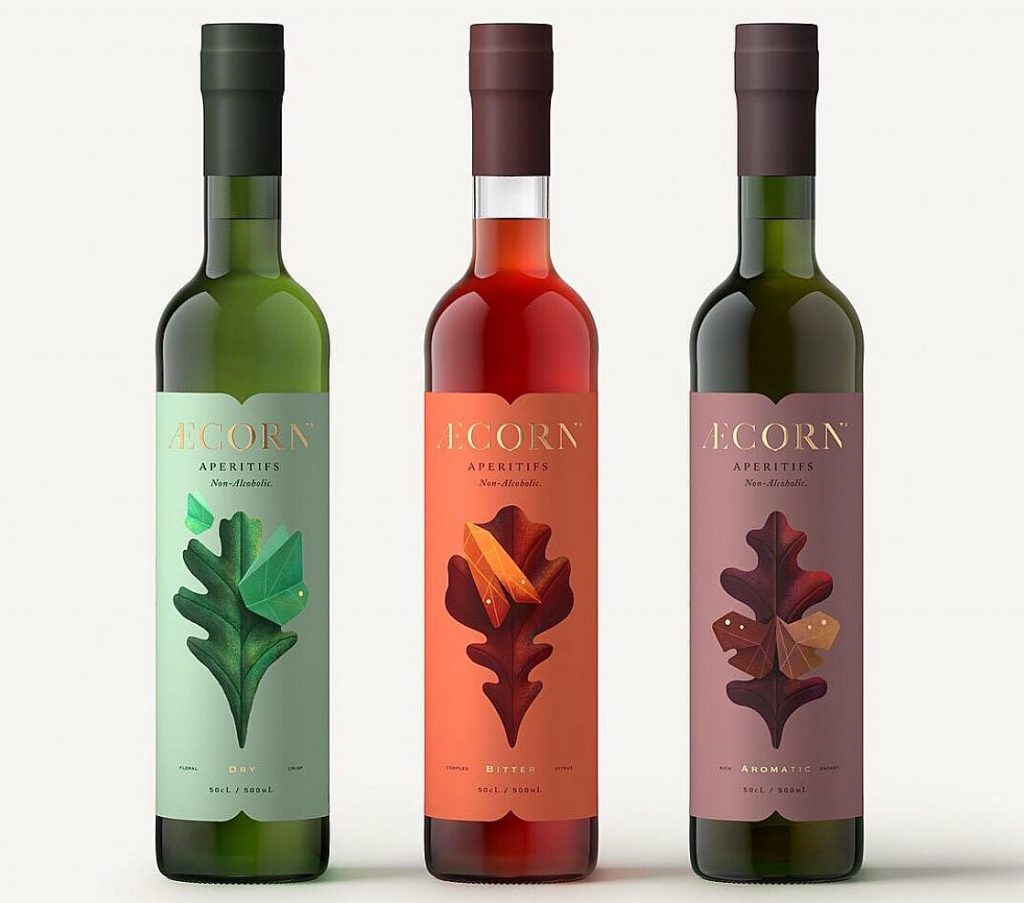 Together, Warner and Bransen set about aromatising the verjus and acorns along with other herbs, roots and bitter botanicals to create the three-strong range: Dry, which embodies a dry vermouth; Aromatic, which resembles a sweet vermouth; and Bitter, in the style of a classic bitter aperitif.

While bartenders have been busy experimenting with Aecorn in weird and wonderful ways – the range features in both low- and no-alcohol drinks at London’s Lyaness – Warner recognises the desire to create complex, great-tasting drinks at home. “If you’re a bartender you’ve got all the tools at your disposal, if you’re a chef you’ve got the kitchen, but at home you’re limited in terms of what you can do,” she says. “We wanted to create a range of aperitif-style products that opens up the possibilities for [alcohol-free] classic cocktails – but equally if you’re at home and just want to add ice and soda to create a spritz, then you can do that too.”