Adam O'Connell
No Comments on 2019: The year that low-and-no alcohol stormed Imbibe

On 1 and 2 July flocks of folk from this boozy industry of ours descended on London Olympia in Kensington for Imbibe 2019. Drink, as always, flowed liberally from every bar and stand. But, this year, much of it was somewhat lacking in alcohol. What is going on?

Anyone who was at Imbibe 2018 will remember that it was a year defined by gin. Juniper reigned supreme that summer, like World Cup fever or parody Elon Musk accounts. You couldn’t move for botanical booze. In 2019, however, this was noticeably not the case. Gin was still present, of course, as were whisky, rum and pretty much every kind of alcohol imaginable. But there was a new star of the show this year.

You might have heard people talking about the rise of low- and no-alcohol drinks. We’ve mentioned it a couple of times on the MoM blog ourselves, from predicting it as a trend for this year, to looking at some of its standout expressions, like Kombucha. But it was striking to see it out in such force. Flocks of folk were drawn to ‘The Zero Option’, a new wholesale venture specialising in the supply of low- and no-alcohol drinks, had its own section at Imbibe 2019 which highlighted the up-and-comers of the category.

Alongside the growing CBD trend (which Ian Buxton goes into detail on here), brands such as Lyre’s, Ceder, Borrago, Caleño Drinks, STRYYK, Xachoh, Silk Tree, Percival and Co., Three Spirit, LA Kombucha, Go Kombucha, Small Beer Co. and many more all made a stand for a new way to imbibe from their respective, err… stands. There was even artisanal soda courtesy of Dalston’s (which was delicious). 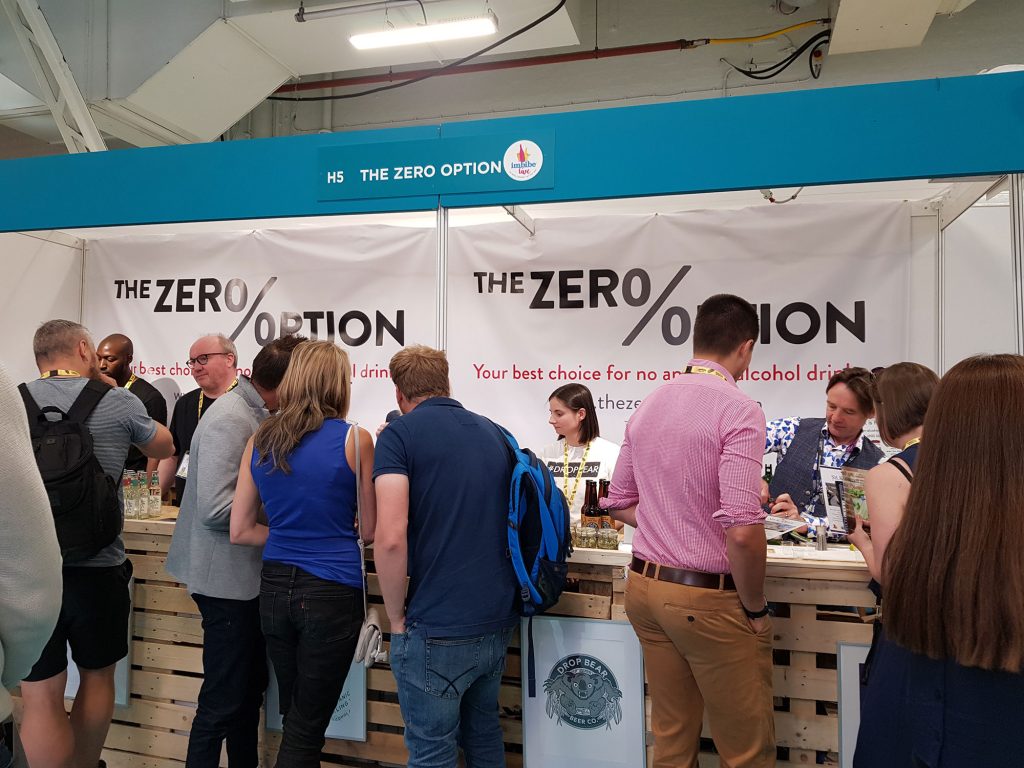 The Zero Option’ stand, which specialised in low-and-no alcohol drinks

“No-and-low alcohol brands and drinks options were undoubtedly a stand-out theme of Imbibe Live this year,” Dan Harrower, sales director at LA Kombucha, believes. “It demonstrates the growing demand from consumers and the increasing need for the trade to offer credible, great tasting choices for those wanting non-alcoholic drinks options.” Craig Hutchison, co-founder and managing director of Ceder’s Drinks, agreed. “There are undoubtedly more low/no spirit brands at trade events, and we can expect many more in the future. This is driven by consumer demand, great support from the off and on-trade, and both entrepreneurs and corporates entering the market.”

It’s clear there’s an appetite for this category as consumers become more health conscious, and pretty much every side of the industry has stood up to take note. From Whyte & Mackay’s recent light edition, to the huge influx of botanical-based products, to the growth of Kombucha and the seemingly endless stream of alcohol-free beer, low- and no-alcohol appears to be enjoying a real moment.

This growth is backed by the numbers. Diageo-backed Distill Ventures recently released a study which found that the number of non-alcoholic spirits on the UK market currently stands at 41, back in April 2018 it was just 4. The findings also revealed consumer’s attitudes, explaining that 59% of people order non-alcoholic drinks as well as alcohol on a night out, while only 29% order just alcohol. Web searches for the word ‘mocktail’, meanwhile, have increased by 42%, while 42% of the wider London on-trade expects non-alcoholic spirits to play a key role in its next 12-month sales mix. 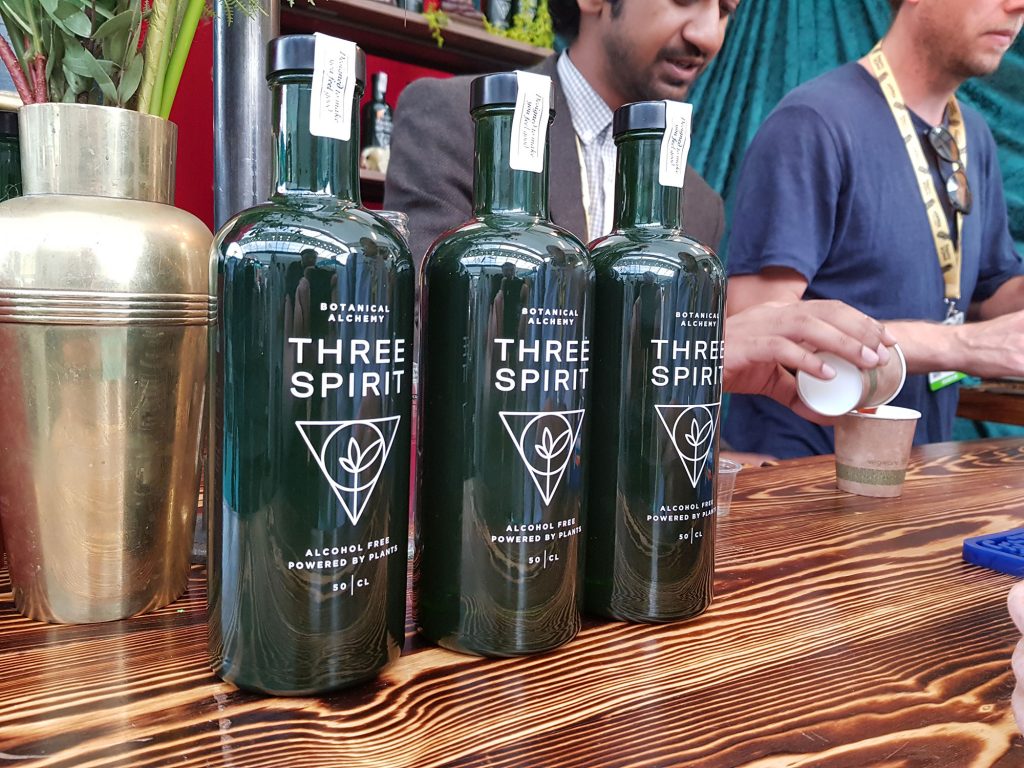 And with good cause. It’s about time that those who want a good non-alcoholic drink can actually find what they’re looking for. “Adults who don’t drink alcohol, or who are reducing their intake, still deserve a refined and sophisticated drink experience, with many options to choose from,” Hutchison commented. “A fifth of adults in the UK is now teetotal, and increasing, so we can expect very dynamic growth in this fledgeling category, for many many years to come.”

There are still concerns. Companies such as Small Beer Brew Co., for example, have demonstrated that flavour doesn’t have to be sacrificed in the name of ABV when it comes to beer, but there are still too many expressions found wanting. Hayman’s Small Gin, one of the most interesting expressions at Imbibe 2019, showed there can innovative solutions to the problem, however, as Miranda Hayman, co-owner at Hayman Gin, explained, “while there seemed to be lots of low-and-no alcohol gin ‘alternatives’ available, we didn’t feel there was anything that really delivered on the flavour side of things. So we set out to make one that would! There are times when all of us want to have a grown-up drink, that has all the flavour and ritual associated with mixing a G&T – but with a lot less alcohol. For us, Small Gin is the answer – a real gin with all the flavour but just 0.2 units per serve.”

Texture is another area where low- and no-alcohol substitutes struggle. A few that we sampled at Imbibe were simply too watery. Mirroring the viscosity of alcohol, in a way that Three Spirits have done exceptionally well, for example, is a must. The biggest issue so far, however, is price. People aren’t stupid. If they can get a tasty bottle of gin for £30, or a tasty bottle of ‘I can’t believe it’s not gin!’ for £30, it’s going to be tempting just to stump for the former. Even if they do plump for the latter, many are going to resent how much it set them back. The category has to get its pricing right. 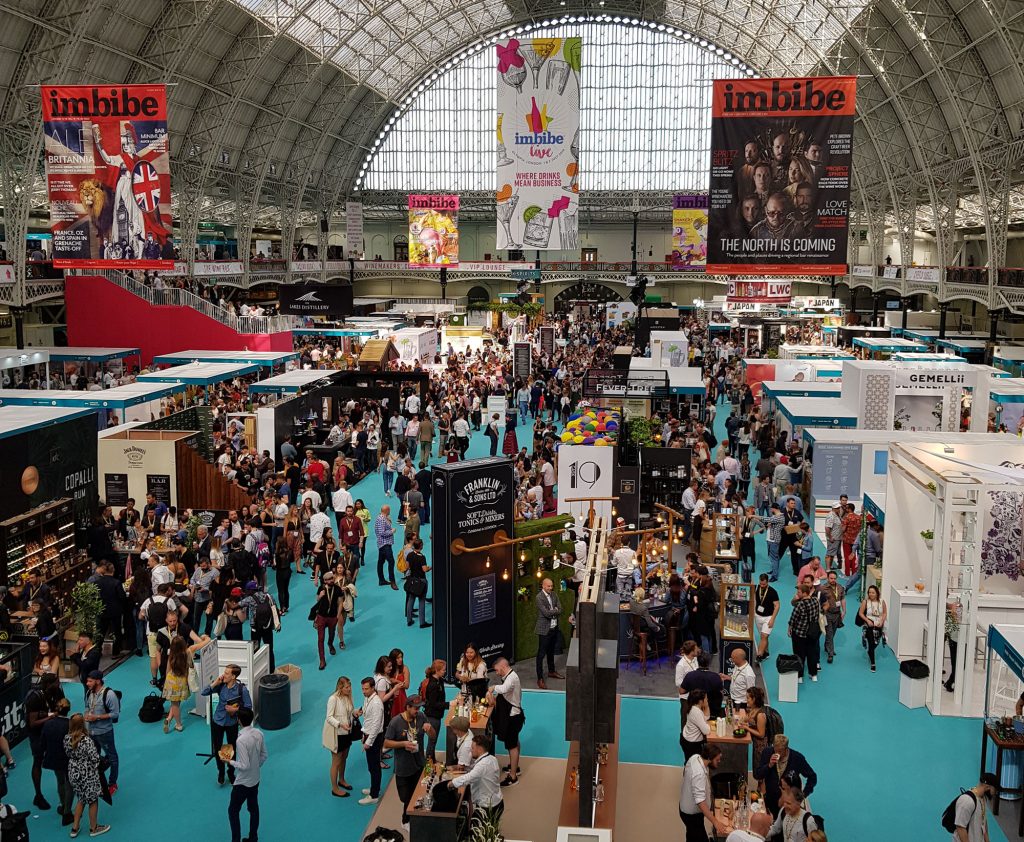 Overall, however, it feels like the future looks bright for low-and-no alcohol. Hayman believes there’s an opportunity to seize that lies in allowing consumers to lower their alcohol consumption without making any compromise. “Ultimately it’s about enabling choice – if you can give consumers the power to decide whether they want their real gin and tonic to be at classic strength or low ABV who wouldn’t want that?”

Harrower is also firm in his belief that low- and no-alcohol will help the industry, because “with an increasing number of smaller producers now making great drinks with unique ingredients and production methods, the established players have also been forced to up their game and this was visible at the show this year. Ultimately this is great news for both consumers and bar owners, as there has never been more choice and the opportunity to revamp old and tired drinks menus.”

So, what you think of low- and no-alcohol drinks? Is it a trend that will pass? Do you enjoy the increased availability and innovation within the category? Please let us know in the comments below.

Cocktail of the Week: The Slingshot

The winner of our Spirit of America competition is...