Henry Jeffreys
No Comments on New Arrival of the Week: Le Rebelle Aperitif

The most exciting product to land at MoM HQ this week is a lighter take on the aperitif that uses some of the techniques of the French perfumery industry in its production process. And it’s so pink.

The aperitif category has exploded in recent years with exciting brands including Kamm & Sons, big launches from big names like Martini Fiero, and even non-alcoholic versions such as Everleaf. One debut in particular has caught our eye, Rebelle Aperitif from Rebel Distillers. To learn more we spoke to one of the brains behind it, Matthew McGivern.

After a career with stints at Molson Coors, William Grant & Sons, the London Distillery Co. and, er, Durex, McGivern set up Rebellion Distillers in 2016. He’s been joined by distiller Toby Sims who has made spirits for Fortnum & Mason, Dodd’s Gin and Kew Gardens. The company works as a drinks consultancy as well as producing its own products like the genre-bending Rebel Rabbet range and now Rebelle Aperitif. McGivern filled me in on the idea behind it: “When I started the development of this product, I’ll be totally honest we took inspiration from Aperol and the Spritz and created a version we liked better. I really like the category, there are some great tasting liquids and it ticks a lot of the boxes which consumer trends suggest, whether that’s lower alcohol, photogenic for Instagram and to make sure it works in classic serves”, he said. All very canny, as we’ve noted before on the blog, pink sells.

The other up-to-date thing about Rebelle Aperitif is lower sugar levels than certain big name aperitifs. “By using natural flavourings we’ve been able to develop a fantastic liquid and significantly reduce the sugar level”, McGivern told us. Getting the perfect balance wasn’t easy: “it was a challenge to get it right and used a lot of brainpower”, he said. The production process, inspired by French perfumiers, isn’t straightforward either: “we’re talking copper and vacuum distilling, multiple macerations and some natural flavourings which came from tastings with perfumers to get the balance”, he added.

So the big question is how to drink Rebelle Aperitif: well, the most obvious serve is the Spritz (mixed with sparkling wine and soda) but, according to Matt, “it makes a truly magnificent Negroni too.” He recommends using a juniper-forward gin and Noilly Prat rather than something sweet and Italian. We had a little advance taste and can confirm that Rebelle Aperitif is indeed much lighter, more delicate than some of the competition with cinnamon and floral notes but also plenty of that all important bitterness on the finish. It makes a great alternative to a G&T mixed with tonic water. And that tremendously vivid pink colour is sure to be a hit at infinity pools around Europe this summer (or what’s left of it). 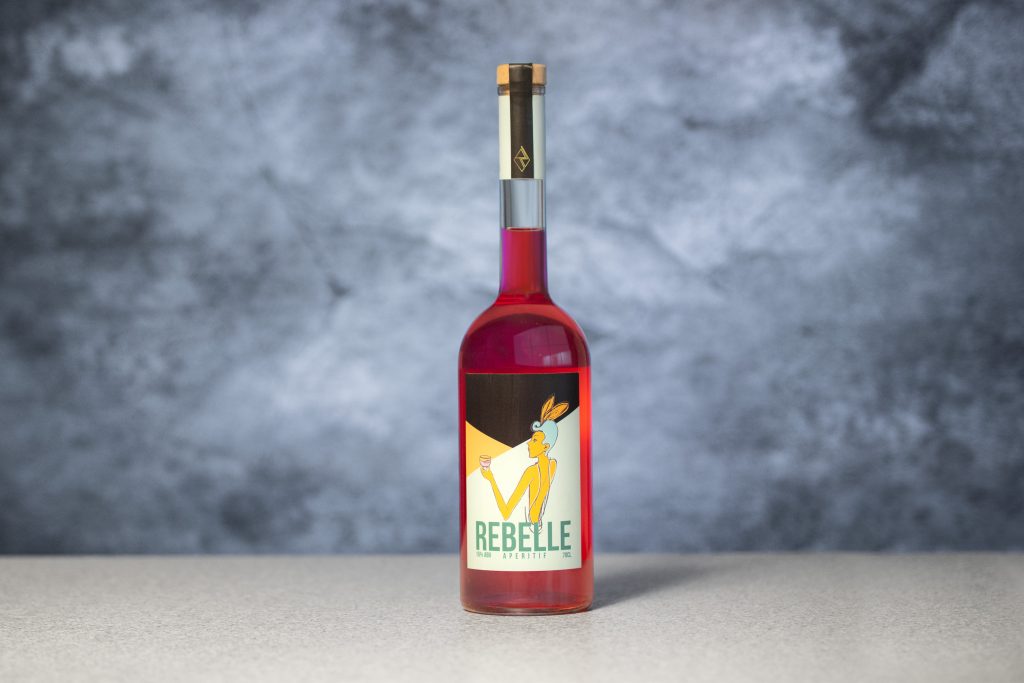 The hell of airport drinking