Adam O'Connell
No Comments on New Arrival of the Week: Hendrick’s Neptunia

A brand new creation from the mind of Hendrick’s Gin master distiller Lesley Gracie has appeared. It’s called Neptunia and it aims to capture the Scottish seaside in a bottle…

We’re sure most of you are aware of Hendrick’s Gin. It’s a pioneering brand that was launched before gin became terribly on-trend and started appearing absolutely everywhere. You probably know that it’s got a signature taste, thanks to infusions of cucumber and rose petals alongside a blend of 11 botanicals. If you’re a big fan, you’ll be familiar with the fact that the gin is distilled in batches of only 500 litres at a time using two completely contrasting stills, a rare Carterhead and an antique Bennett copper pot still.

You might not know, however, that all this gin creation happens in a Scottish seaside town called Girvan. It’s home to a distillery that is one of the largest spirit making facilities in Scotland and is also where Ailsa Bay whisky is made. Given Girvan is Hendrick’s home (say that with a mouthful of Skittles) it’s hardly surprising that master distiller Lesley Gracie has made a gin inspired by the rugged coastline she sees every day.

Hendrick’s Neptunia is full of seaside botanicals like sea kelp, coastal thyme, and lime – though fear not, the cucumber and rose combo that we all know and love is still alive and well in this coastal creation. You’ll also be delighted to know that Hendrick’s has taken the opportunity provided by the launch of Neptunia to partner with Project Seagrass, protecting the place it calls home with the environmental charity that’s devoted to the conservation and restoration of seagrass ecosystems. Delicious and sustainable? Win-win. 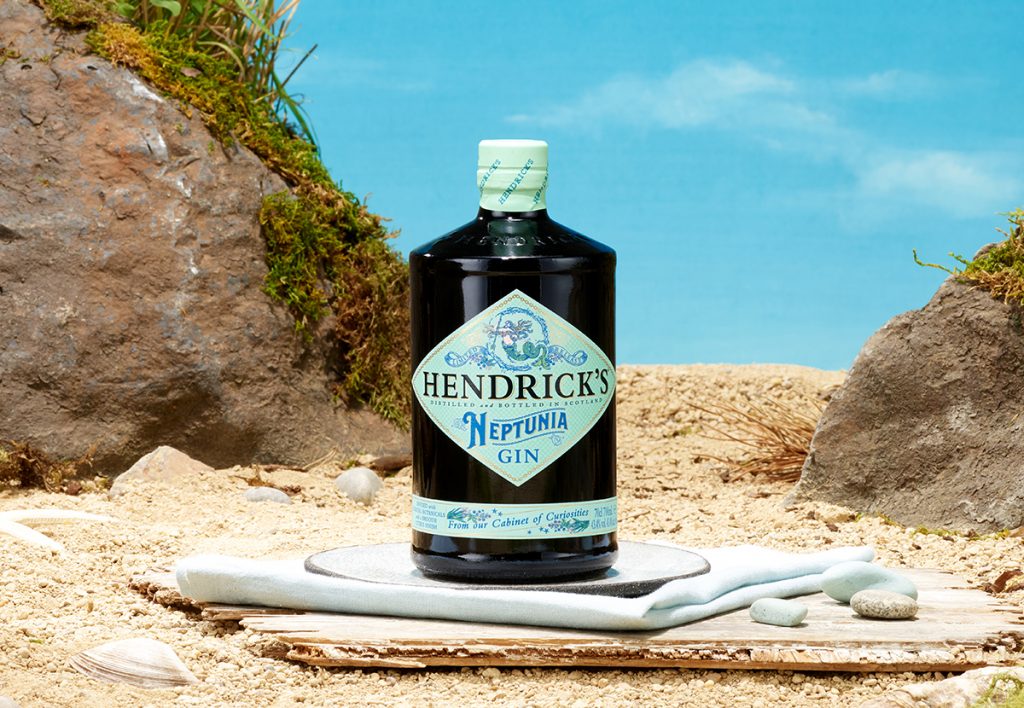 Hendrick’s Neptunia is our latest arrival

As she’s the mastermind behind this new gin, we thought it was about time to shine our MoM-branded spotlight on native Yorkshire-woman Gracie, who is one of the most distinguished producers of gin around. With a background in chemistry, Gracie’s big break came in 1999 when she was approached by the great-grandson of William Grant, Charles Gordon, to create an ‘ultra-premium’ gin. What she made became Hendrick’s, and Gracie was subsequently appointed master distiller.

Since then, she’s been spearheading all of Hendrick’s liquid innovations. It might not seem so innovative or out-there in today’s gin landscape, but you have to remember Gracie was pushing the spirit’s boundaries back when there were about three choices of gin in any bar and a bartender’s response to being asked for a G&T would have been “A what? Oh… hang on. I think have some Schweppes here…”

The brand says her genius lies in her “fascination with flavours and how they work together”, adding that she “visualises flavours as shapes and strikes to create a round, balanced flavour in all of her elixirs”. This approach has helped Gracie amass an array of botanicals, distillates, and experimental liquids over the course of two decades, which are housed in a locked cabinet in her laboratory named the Cabinet of Curiosities, which is also the name of the range Neptunia belongs to (you might know previous editions like the floral Midsummer Solstice, or the quinine-loaded Orbium).

In January 2022, Gracie was named by Walpole as one of the top 50 most influential people in British luxury who, despite enormous challenges throughout the past two years, have continued to steer their sector to success. In 2021 alone, she received Lifetime Achievement Award at the Spirits Business Awards, the title of Grand Rectifier of the Gin Guild, and was inducted into the Gin Magazine Hall of Fame, while in 2018 she won the ‘Gin Distiller of the Year’ at the World Gin Awards. So many plaudits! 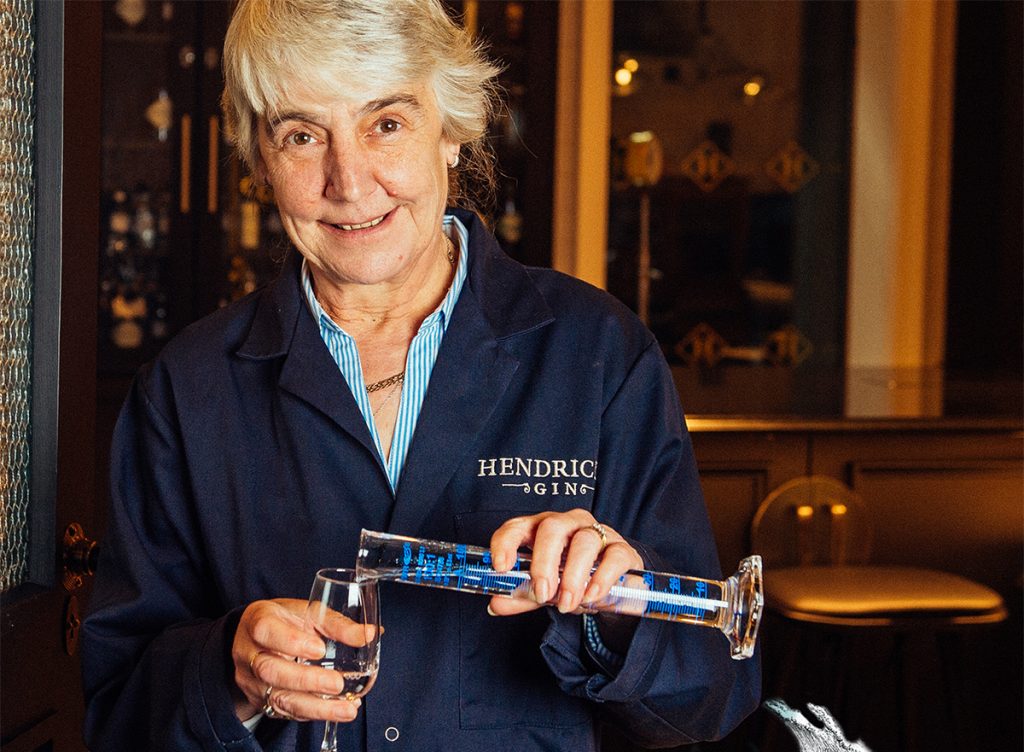 Speaking of how she made Neptunia, Gracie says that most of her creations are based on memories. “Hendrick’s Neptunia, for me, is that freeing feeling of the sea bottled in a gin – the wind in your hair and the salty sea breeze on your face,” she explains. “You have that distinctive fresh character of coastal herbs, depth of flavour from the sea botanicals and an unmistakable clean, bright citrus finish that lifts and lightens in a round, refreshing way that makes it Hendrick’s.”

To my palate, this isn’t the most radical of creations, but instead, a tasty, accessible bottling that represents a delicate deviation from the classic expression. Citrus sweetness, herbal savouriness, and those rose petal, floral elements that make up the recognisable Hendrick’s house style are all present, with a sprinkling of sea salt throughout and a hint of seaweed bringing the coastal flavours. The thyme is also detectable and more earthy, while there’s a well-measured resinous juniper note that isn’t lost despite all the extra botanicals. I can see this being an excellent Dirty Martini base.

Hendrick’s, however, has actually been kind enough to whip up a signature serve for this drink, commenting that “this fresh and crisp take on Hendrick’s house style makes for the perfect Neptunia Fizz cocktail”. Here’s how to make it: Combine 50ml Hendrick’s Neptunia, 25ml fresh lime, and 25ml simple sugar syrup, in a Highball glass filled with cubed ice. Stir gently. Top with soda water and garnish with three sliced rounds of cucumber. Easy right? Almost as easy as entering our latest competition… 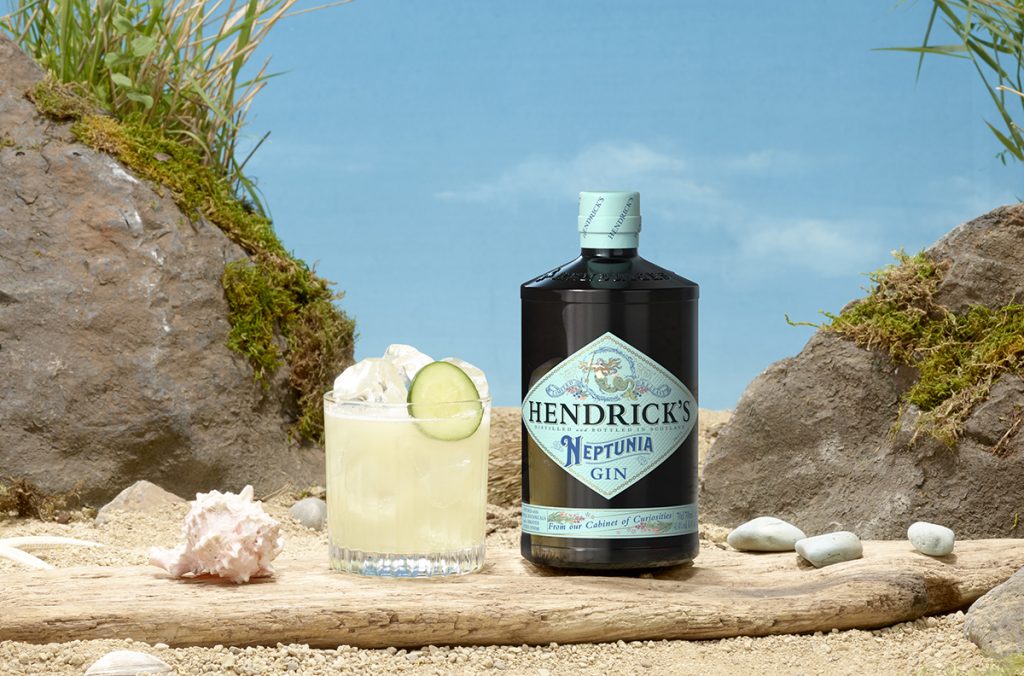 Fancy your chances at winning prizes? You know what to do.

That’s right, to mark this launch we’re giving you the chance to win a 70cl bottle of Hendrick’s Neptunia, Hendrick’s Lunar, and Hendrick’s Amazonia, as well as a Hendrick’s Tea Set and basket, and a Hendrick’s Giraffe Pourer. What a haul!

MoM Hendrick’s Gin Competition 2022 open to entrants 18 years and over. Entries accepted from 10:00 UK time on 16 May 2022 to 10:00 UK time 23 May 2022. Winners chosen at random after close of competition. Prizes not transferable and cannot be exchanged for cash equivalent. See full T&Cs for details.

Master of Malt @MasterOfMalt
3 hours ago
We've been having some fun creating images with DALL·E mini this week...Hours of fun actually. Check out some of our creations, can you spot anyone familiar? https://t.co/I9m9ZmrAHf
View on Twitter

Master of Malt @MasterOfMalt
3 hours ago
Whisky brands don’t often come 300 years in the making. They don’t often launch with bottles of 50-year-old Glenlivet. But Finn Thomson #whisky arrives on the scene with a family legacy, a whisky heritage, and rare stock in abundance. 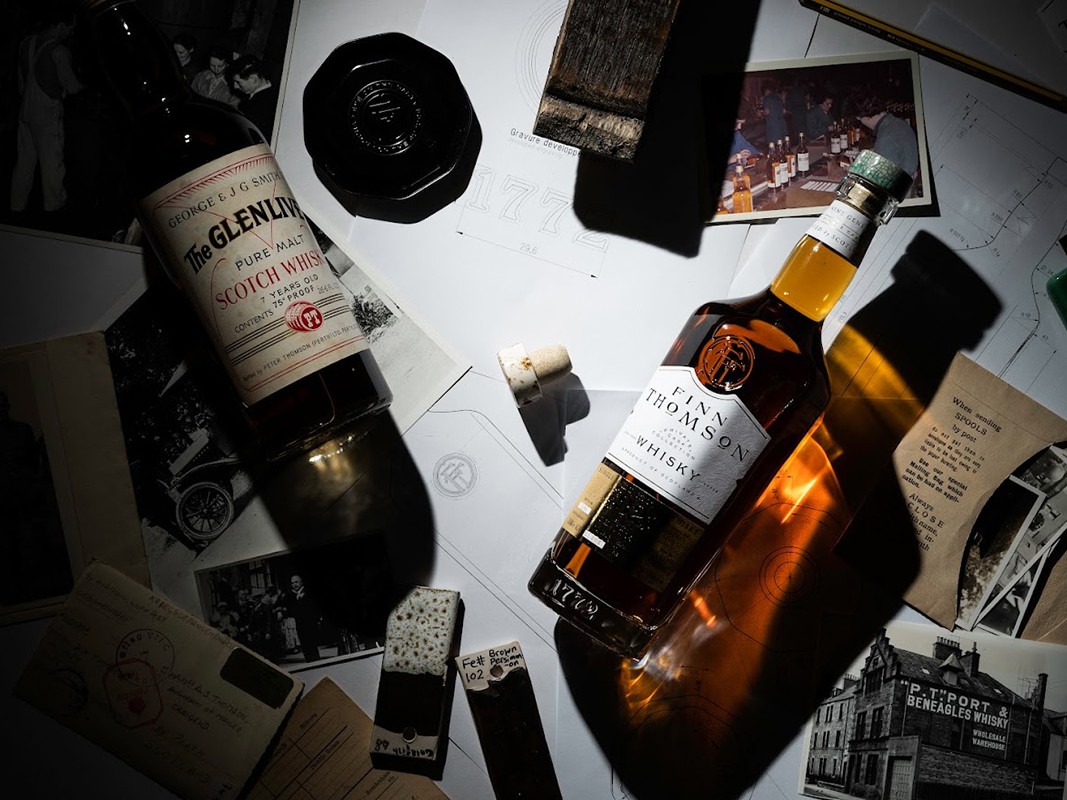 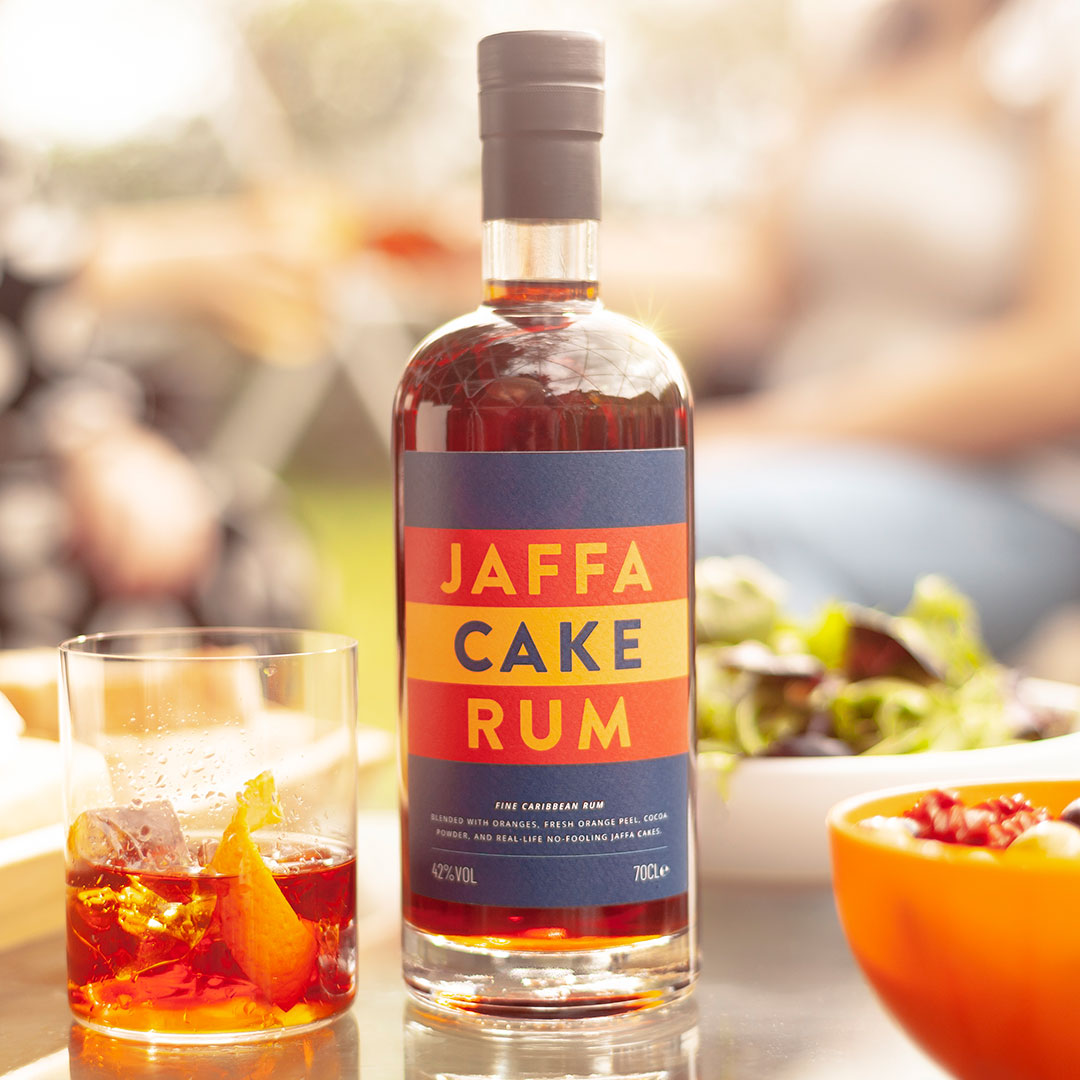