Lindores Abbey Distillery is back with a single cask Oloroso sherry-matured beauty that just so happens to be a Master of Malt exclusive. It’s Lindores Abbey The Exclusive Cask (cask 579)!

One of the many joys of being a whisky lover is seeing a new distillery pop up. We love our classic 19th-century giants and old school blends, of course. But a fresh face means the opportunity to watch the growth of a distillery and its spirit in real-time. And more excitingly, you get to be an active participant, experiencing the process of evolution from new make to first whisky and beyond. Each time you taste and research, you establish more connection, until you have an ongoing relationship.

Getting to know you

With Lindores Abbey, I’ve already written about the distillery reviving a legacy half a millennia old, and then got to taste its inaugural whisky. Charting these moments in time means that, on each occasion the brand releases something new, I get to revisit and update my own records, witnessing how the liquid, message, and process adapts and grows. How’s the spirit progressing over the years? Is it reacting well to different cask styles? Have they realised they’ve picked a really stupid brand name yet?

Today, we get to answer those questions and more (the latter is a firm no in this case. Abbeys are cool.) because we’ve got the distinction of launching a hot-off-the-press Lindores Abbey expression all on our own. That’s right, our New Arrival of the Week is a Master of Malt exclusive, words I feel obliged to write in bold. It’s exciting because a) it’s all ours; b) it’s a single cask; c) we’ve got an opportunity to do some comparing and contrasting to Lindores Abbey MCDXCIV; d) it’s all bloody ours. 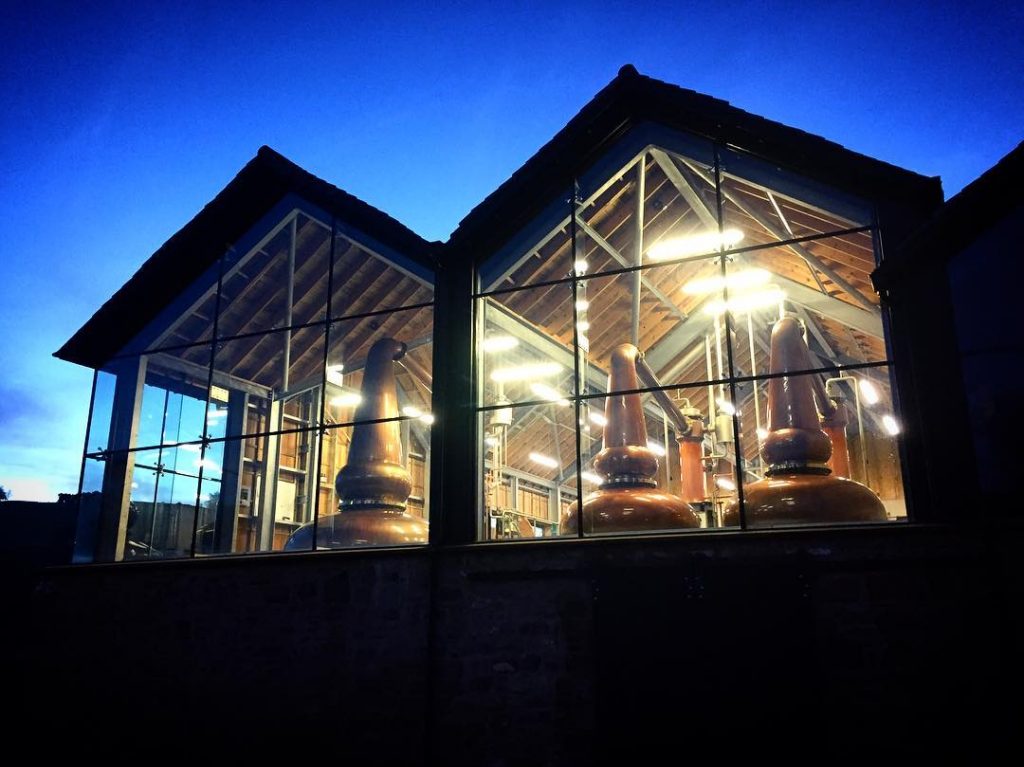 We’re back at Lindores Abbey!

Both the inaugural whisky and today’s dram have the same production process until they were placed into casks, which begins with barley sourced from two neighbouring farms a quarter of a mile radius from the distillery. The water source is the same supply the monks would have used centuries ago, and both will have benefited from a long 117-hour fermentation in traditional wooden washbacks. The two whiskies are also distilled in three Forsyths copper pot stills, one large wash still and two smaller spirit stills, which are designed to ensure maximum copper contact, and they are bottled, as always with Lindores, with no chill-filtration or colouring.

Where things differ is that the inaugural whisky was matured in a combination of ex-bourbon, ex-sherry, and STR ex-Burgundy red wine casks for just over three-and-a-half years. Our new arrival, by contrast, was matured in a single 500-litre oloroso sherry butt, cask no. #579. It was filled on 2 August 2018 and bottled on 7 March of this year after spending three years and seven months in pure sherry bliss. It was bottled at a cask strength of 59.6% ABV (compared to the 46% ABV of the first release), and there’s less than 700 bottles in total.

That single cask is made from American oak which was seasoned with 10-year-old Oloroso sherry for a total of two years by Miguel Martin. He’s something of a cask supplier extraordinaire in the whisky industry, regarded for providing incredible consistent quality oak casks from Jerez in Spain. Murray Stevenson, UK sales manager and brand ambassador at Lindores Abbey, says that the distillery has a fantastic relationship with Miguel Martin, one that the great Dr Jim Swan helped establish. Just as a note to other producers, the transparency with which Lindores Abbey gave me all the information I needed on this dram was first-rate. It makes a big difference. 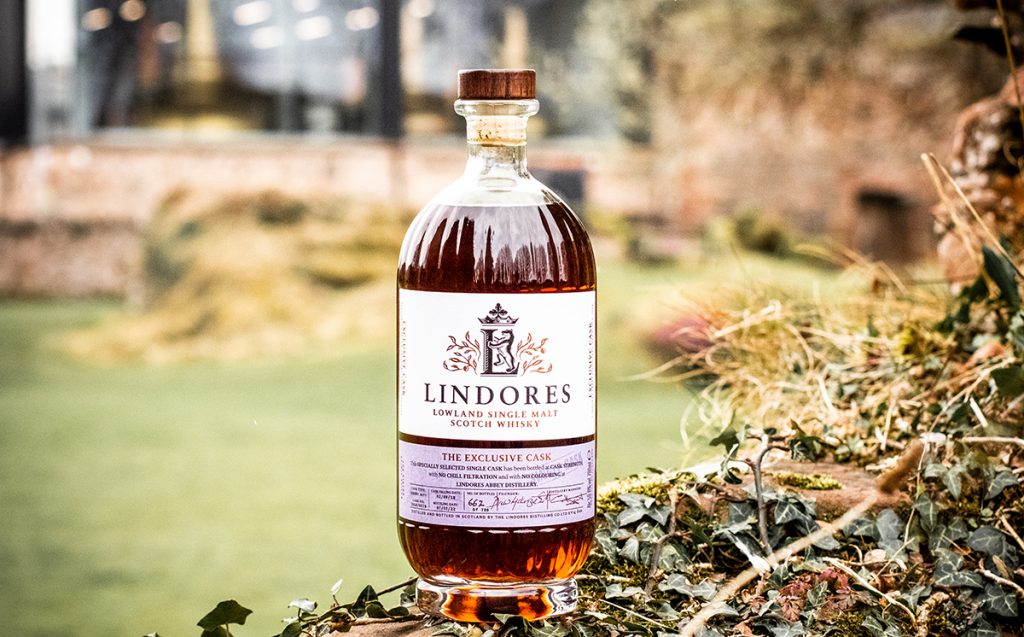 As I’m tasting two Lindores whiskies we have side-by-side, I’ll be looking to see how the distillery DNA fares in contrasting environments. It’s hard not to have high expectations because I enjoyed the inaugural whisky, I’ve tasted the new make and it’s superb, and that rigorous production process will rarely let you down. Stevenson says the New Make Spirit has a malty, caramel, hedgerow fruit profile with a luxurious soft creamy texture that, even at 63.5 % ABV with zero oak influence, is incredibly palatable with no burn or rough edges. “I think the cask has a fairly easy job with our spirit as it is not working hard to mask or polish off rough edges that don’t exist in our spirit,” he explains.

His own review begins by noting the deep dark, attractive colour of Lindores Abbey The Exclusive Cask (cask 579), which is all-natural and absolutely enticing. Stevenson says to expect a “bounty of rich complex fruit and spice notes,” adding that the dram is well balanced and even though the sherry cask influence is at centre stage, it is not overpowered. “It’s still holding true to its own identity with the DNA of Lindores evident in every drop,” he explains. “This whisky brings a new string to the Lindores bow when evoking feelings of an environment, setting, pairing etc to enjoy this dram. Perhaps this darker, slightly richer dram having more of a later evening feel to it, ideal for rounding off an evening meal or whisky tasting/flight”.

Agreed. When tasting the core MCDXCIV Whisky, you’re enjoying something malty and crisp that’s full of orchard fruit, dairy cream, vanilla, gooseberries, and floral notes. The Lindores MoM exclusive whisky is richer, with those classic Oloroso notes (nutty, chocolatey, baking spice, and dark fruit goodness) shining on the nose in particular. There’s still a hint of immaturity on the palate which is what you expect for a dram of this age, and at cask strength that’s elevated a touch, but there’s also some beautiful flavours developing. Where before there was light citrus, there’s now thick slabs of marmalade. That biscuity, malty, creamy new make demonstrates it’s robust enough too as it hasn’t dissipated in the cask strength, single cask environment either. If Lindores Abbey MCDXCIV is a bright, summery treat, the Lindores MoM exclusive whisky is a soothing winter warmer. It’s perfectly delicious at cask strength, but I think you’ll have fun adding a drop of water or two and seeing where the dram takes you. Lindores Abbey is proving to be a very capable producer. I look forward to the next chapter of this journey.

Palate: The delivery is oily and thick with some cask strength heat that brings some baking spices along for the ride. More dark fruits appear with fresh herbs (peppermint), cherry, coffee cake, cacao powder, biscuits, orange rind, and black pepper in support.

Master of Malt @MasterOfMalt
3 hours ago
Take your cocktails to the next level with Azaline Saffron Vermouth! Vibrant summertime serves await. 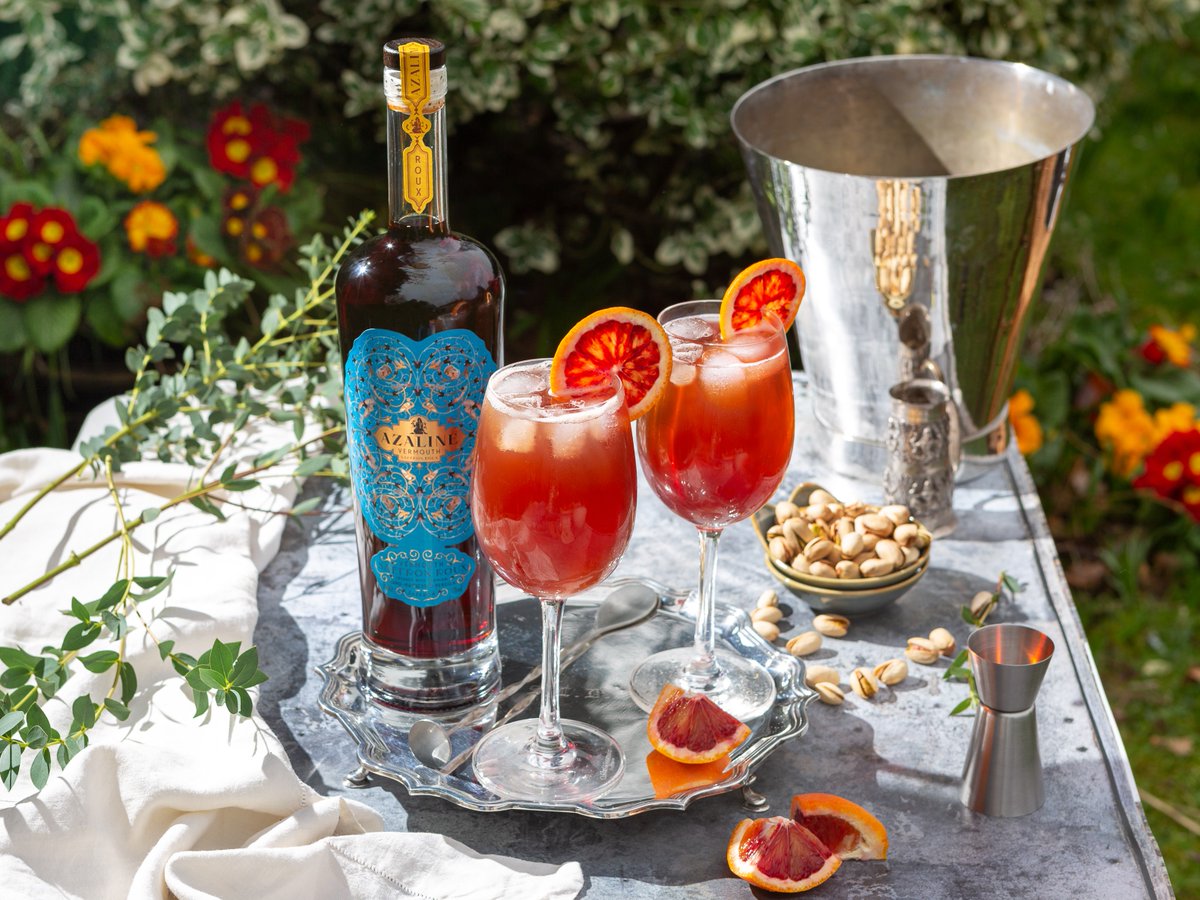 Master of Malt @MasterOfMalt
17 hours ago
We take a look at Le Syndicat, the Parisian bar making French spirits cool. 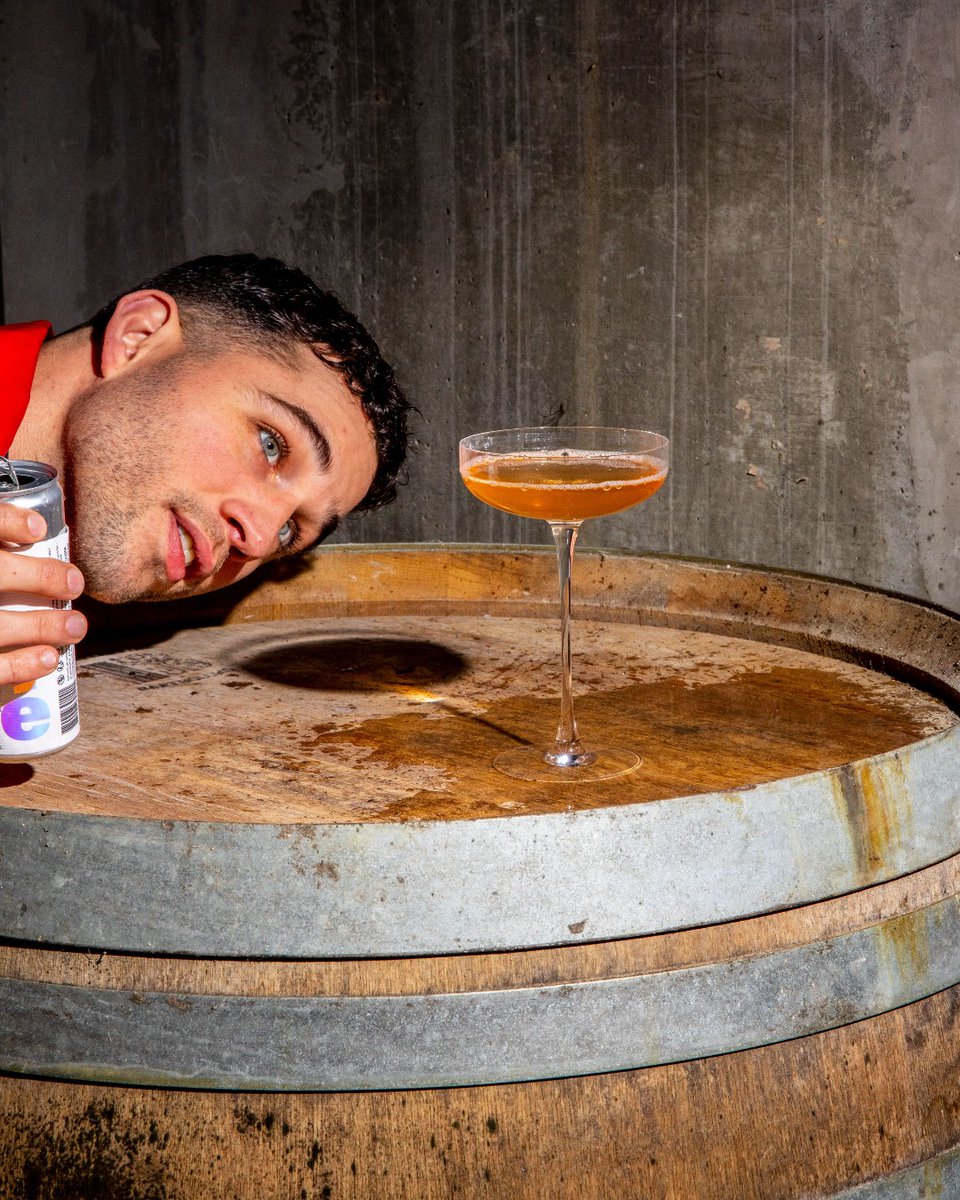 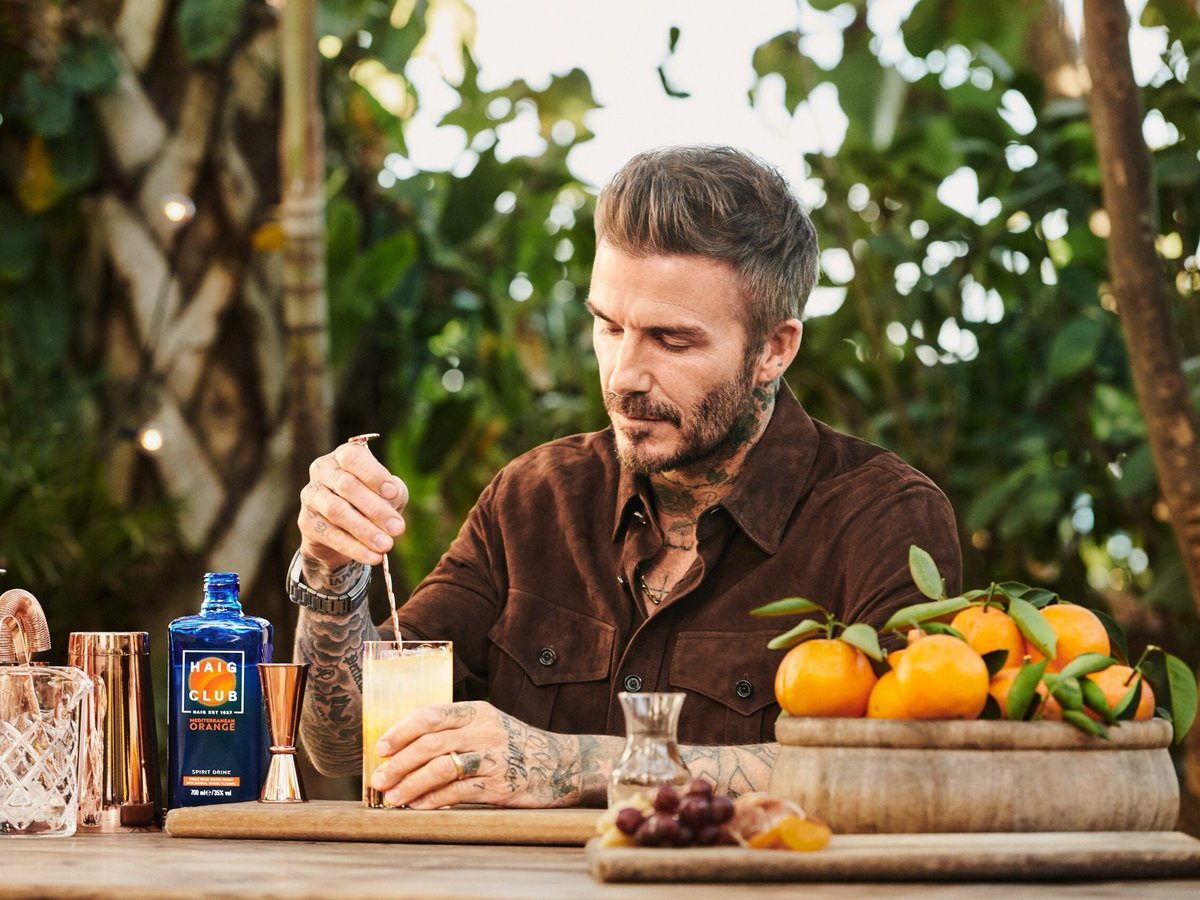