Whisky’s coming home. The first Scotch whisky from Lindores Abbey Distillery is now available to the UK public, just 527 years after distillation was first recorded at the abbey in Fife back in 1494. Of course, we had to try it to make sure the dram lived up to its name…

Sounds the trumpets and get drafting your social media posts. The first whisky from Lindores Abbey Distillery is here! Well, not quite here here. But the distillery has revealed in the last week that the public will be able to pick up its first official core release on 2 July. It comes a mere 527 years after distillation was first recorded at the abbey in 1494. You can read the whole history here.

Co-founder Drew McKenzie Smith says the idea behind having two releases was informed by the auction market. “We want all our whisky to be accessible and enjoyed rather than only collected. We know a lot of it will be flipped. The collectors can buy the Commemorative bottle and for those who want to drink the whisky, for the same price they can have the core. Ideally, people would drink both”. 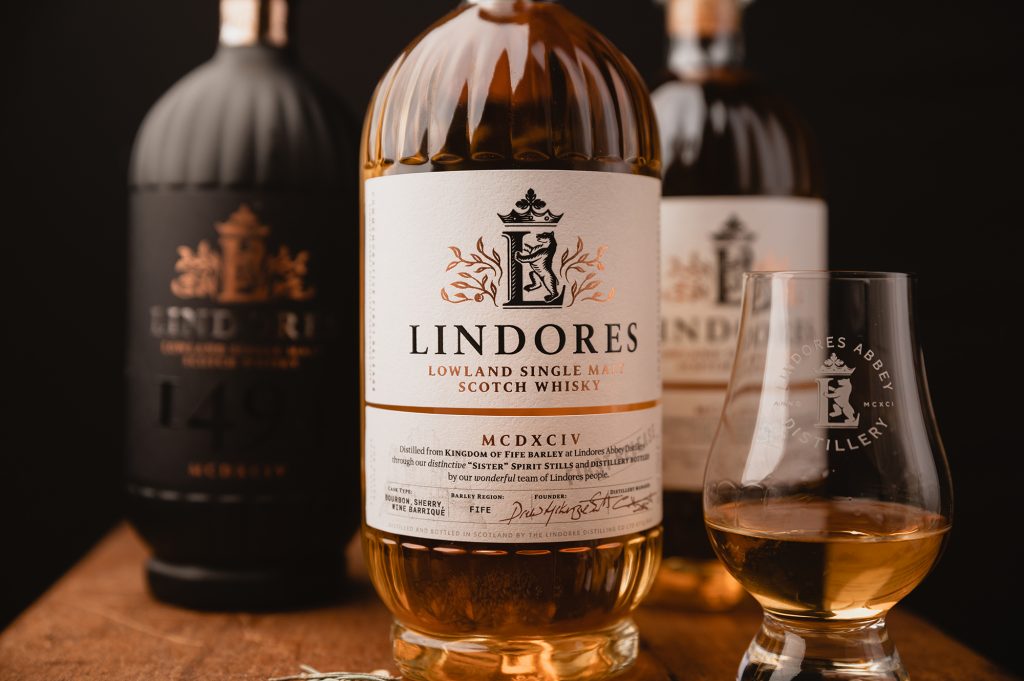 The weight of expectation

Lindores’ colourful past presumably makes marketing and tourism easier than a Roman driving test. But it also adds a considerable weight of expectation. It’s rare anyone makes history in Scotch whisky anymore. But Lindores Abbey is doing just that with its first release. “Everything has built up to this point. This is us getting to the top of the first mountain,” says McKenzie Smith.

To be honest, my hopes are high. I’ve already peeked behind the curtain myself and learned of the brand’s production process and it ticks a lot of boxes. The barley supply is unique, sourced from two neighboring farms a ¼ mile radius from the distillery (a malting floor is also under consideration). The water source is historic, the same one the monks would have used. Fermentation takes place for a huge 117 hours in traditional wooden washbacks. The stills are designed to ensure lots of copper contact and there’s been no expense spared on casks.

“We set our stall out to be a patient, premium quality process distillery,” McKenzie Smith acknowledges. “We’re not going to start cutting corners because people will see through it. Good casks can mask some things, but not a badly made spirit. For any distiller, their new make is their DNA. If you taste the pure bourbon cask samples we have, you see that, in a drink where there’s nowhere for the new make to hide, it really shines”. 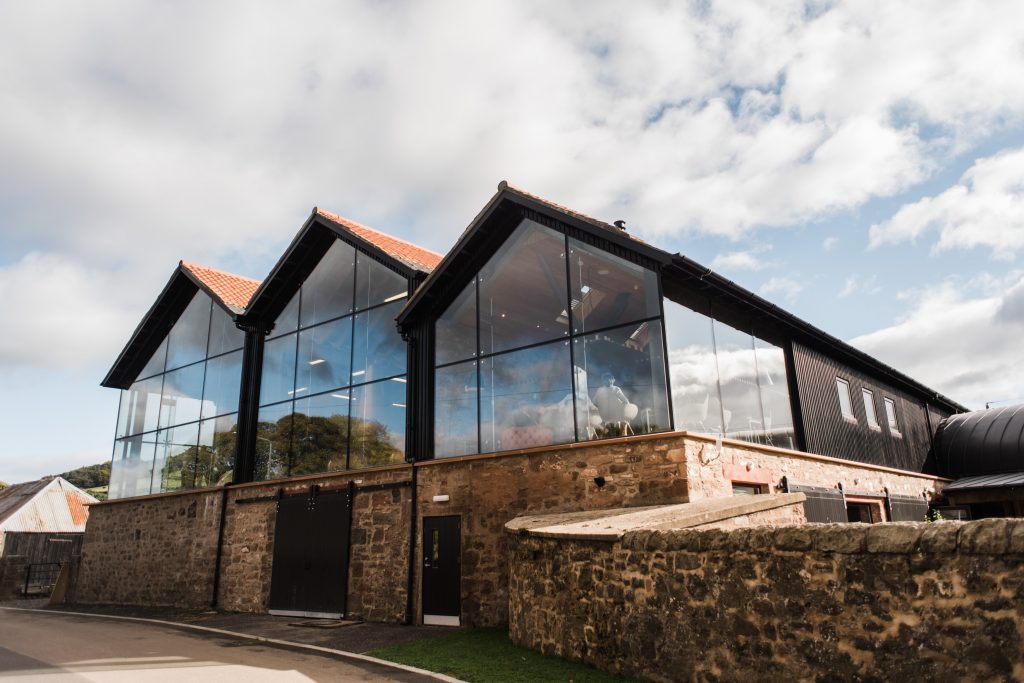 Cheers to not taking the easy way

Fundamentally, this is a distillate-forward operation. What goes into the wood has been a priority for the family from the start, who resist a frustratingly common approach from new distilleries to talk about casks as if it’s the only thing that defines a whisky’s flavour.  The estery, fruity new make quickly sold out when it was released and was also voted as the Best Scotch New Make by the World Whiskies Awards 2020.

Then there’s the decision to release Aqua Vitae. It’s a frankly commercially baffling choice when you consider how easy it is to make a few quid from more recognisable spirits like gin or vodka. But the move demonstrates that this is a brand that is more concerned with realising a legacy and creating authentic spirits with a story than it is with its bottom line.

This brings us to the whisky. The spirit is just over three and a half years old and was bottled at 46% ABV. It’s matured in a combination of ex-bourbon, ex-sherry, and STR ex-Burgundy red wine casks, which you might recognise as a classic Jim Swan formula. McKenzie Smith is keen to recognise his contribution in helping to get the distillery off the ground, consulting on cask quality, distillation style and more. 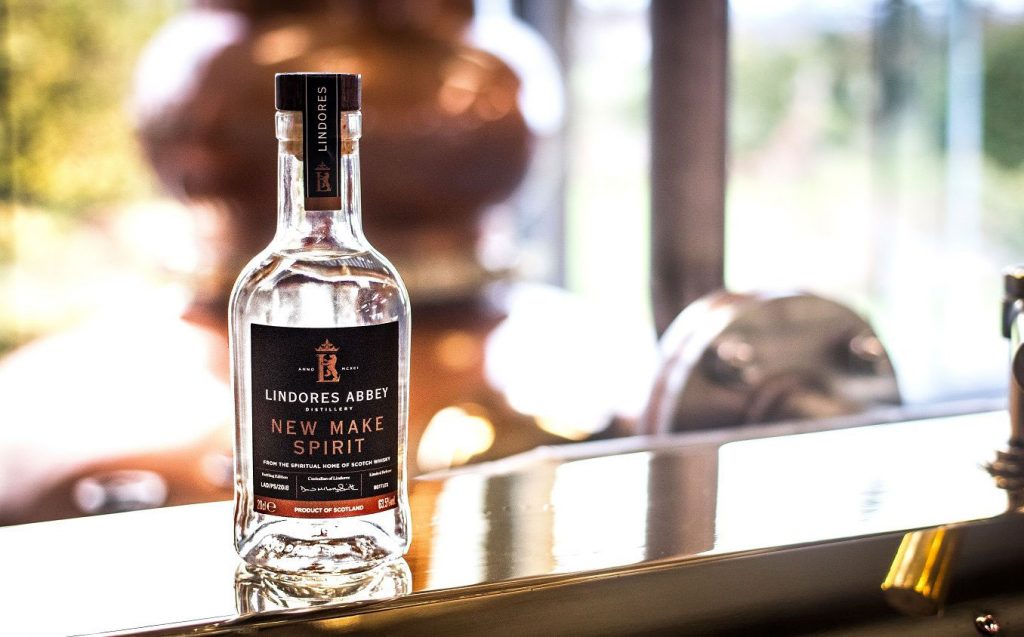 The new make was award-winning. Will the whisky follow suit?

But, sadly, Swan, died before any spirit flowed from the still. This meant McKenzie Smith and distillery manager Gary Haggart (formerly of Cragganmore) had to forge their own path. If you read my previous piece on the distillery, you’ll know Lindores Abbey had no shortage of cask types to choose from. The eventual combination was decided samples were test tasted across numerous tasting panels.

This involved key members of the team including Drew and Helen McKenzie Smith, Haggart, sales manager Murray Stephenson, and Lorna Baez, a Chilean native with a degree in food science who applied to be a chef and ended up becoming a blender. It was a democratic process in which everybody made anonymous picks to whittle down the selection. Eventually, there were just five possible drams that everybody agreed would all be worthy choices.

“It was like the Euros. All the teams at this stage were great quality but somebody has to get knocked out,” says Stephenson. “A unanimous pick resulted in the whisky we’re tasting now. We didn’t know what we were looking for as we were stretching the surface of something that had never existed, and yet everybody had this connected feeling of aiming for something that ‘felt Lindores’. A rich, creamy whisky with mouthfeel that tasted older than it was. There was definitely a eureka moment”. 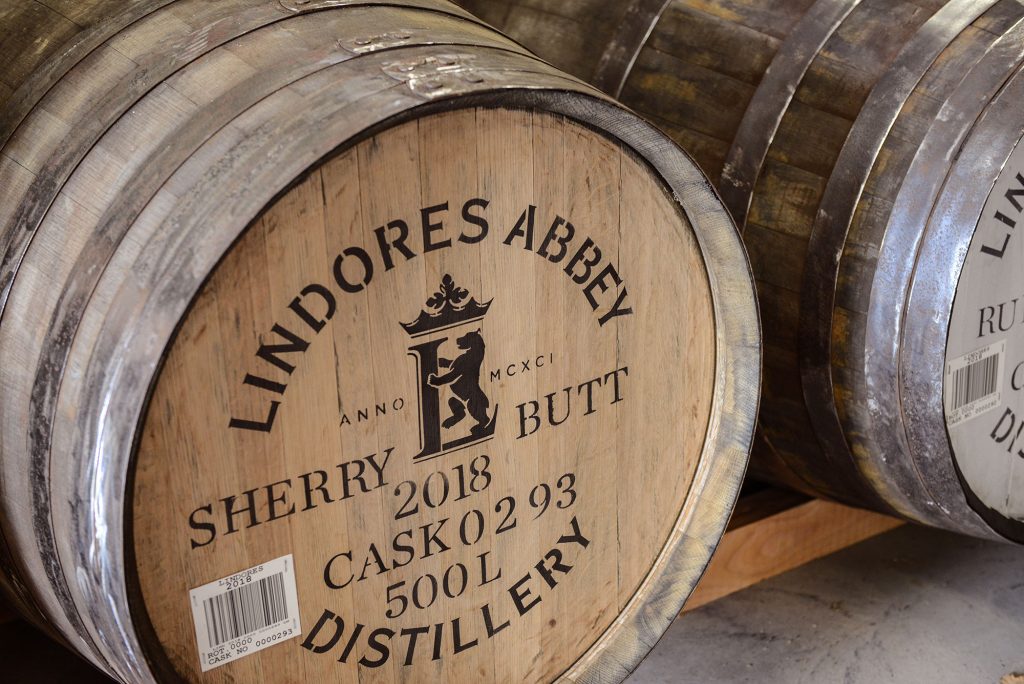 Will it prove to be worth the wait?

In the future, you can expect a lot of special releases in small numbers showing off the numerous exotic cask types. There will always be a core range, however, very much in the Kilchoman model of doing things. What you won’t see is traditional packaging. The founders were concerned they encourage flipping and are rarely disposed of responsibly. What they’ve lost as a platform to convey information has been replaced by a QR code on the bottle. “It’s not as detailed as say Waterford who will tell you the name of the farmer’s daughter, but there’s still quite a lot of information out there for those who do love to get geeky,” says McKenzie Smith.

The brand is proud to make Lowland whisky, although the distillery does possess the unique quirk of being on land which actually borders on the Highlands too. The Lowland’s ranks are swelling with an influx of new blood, but Stephenson underlines that the distillery feels it’s adding something different to the scene. “Yes, it’s light and unpeated like the Glenkinchie’s of this world, but it’s also got this full-bodied, fruity complexity and richness”.

Which gives us an idea of what to expect. As does the new make, which is creamy, slightly grassy, and fully orchard fruit sweetness. It’s hard for the expectation to not be informed by the story too. This is the same barley, sunshine and, water as the monks would have used half a millennia ago. It’s exciting to taste history. The distillery has a production process that prioritises quality. It’s thrilling to try the fruits of that labour. But despite all of this, what’s in the glass matters more than any story, no matter how compelling. And Lindores Abbey has nowhere to hide now. The reviews are in. 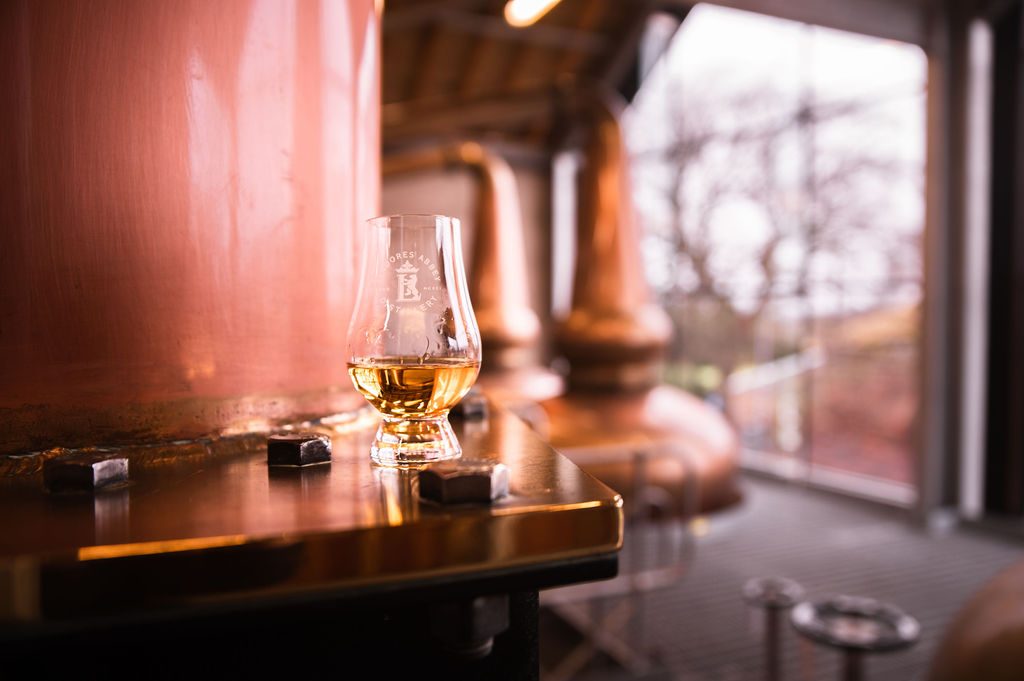 Well, my review at least (I’m sure they’re on tenterhooks) and I’m pleased to say it’s the attention to detail has paid off. We’ve said it before and we’ll say it again. Combine quality casks with a well-made spirit and you won’t go wrong. This is an engaging and moreish whisky. The balance of the casks is good. The influence of the STR is here but is measured, the sherry gets a little ahead of itself at times but brings plenty to the table and the bourbon stands proud at the centre, throwing down the welcome mat for the new make with gusto. The former two need more time I think but early signs are promising.

The immaturity of youth rarely rears its head. It’s approachable for its strength. This is a well-composed dram. I’d doubt if anyone would place this as being just over three years old. Remove that rough edge and let time add an extra layer of depth and you’ve got a corker. Full tasting note below.

Nose: A malty and crisp nose opens with sherried spice, soft toffee pennies, hazelnut, and condensed milk. As it develops aromas appear that make me think I was standing by a bakery door in an orchard, with puff pastry, vanilla, Granny Smith apples, Conference pears, fresh dough, and buttercream. Figs, plums, and blueberries bring more fruitiness to the core of the nose with some orange rind, foam bananas, and dried cranberries also present for good measure. Light floral and herbal notes waft away throughout alongside a helping of posh dark chocolate, salty porridge, and pipe tobacco adding some intriguing depth.

Palate: The delivery is viscous, arriving somewhere pleasant between creamy and oily. The 46% ABV gives this an enjoyable heft and presence. Aromatic spice from nutmeg and clove, as well as some freshly cracked black pepper, cuts through some of that creamy caramel and vanilla combinations that carry over from the nose and balance nicely with darker fruits and some cooked apple. Youth and wine casks bring some occasional spikiness that needs some development, but there’s enough personality and composure here for them to give way for notes of marzipan, pears poached in red wine, chocolate digestives, burnt orange rind, and jam.

Finish: Medium in length with a pang of drying bitter oak, some syrupy anise, peppermint, and a lingering reminder of the plump orchard fruits and dairy cream that comprises the new make’s character.

Lindores Abbey Single Malt Scotch Whisky MCDXCIV will be available from MoM Towers at some point in the near future, so keep an eye out for it.

#BagThisBundle – Win a bundle of booze from The Glasgow Distillery!