Lauren Eads
No Comments on If you love whisky, you should try Armagnac

Do you consider yourself a spirits enthusiast? An aficionado even? Then Armagnac should be on your radar. The region offers distinctive wonderful long-aged spirits at often ridiculously low prices. If you love whisky, you should try Armagnac. Lauren Eads explains why.

Armagnac is France’s oldest brandy, its oldest spirit full stop. It has seven centuries of history behind it. There are maturing casks that date back to the 19th century. And yet over that time the liquid produced by the region’s 700 or so artisan producers has been astonishingly underrated. Why? A combination of geography, history and lack of action among producers to sell the stuff has largely prevented Armagnac from reaching the wider world.

Produced in a tiny slice of Gascony in south west France from a mere 5,000ha of vineyards, around 6 million bottles are produced each year (compared with Cognac’s 200 million). But only 50% of bottles make it out of the domestic market, which currently is in decline. There are no globally recognised big brands, and smaller houses don’t have the marketing budget to compete with the likes of whisky or gin. Its story as a truly craft spirit just hasn’t been fully sold to the wider world. But for the liquid treasure hunter, the history and value that can be found here is mind blowing. Flavour, age, character – Armagnac has everything that the whisky drinker cherishes. 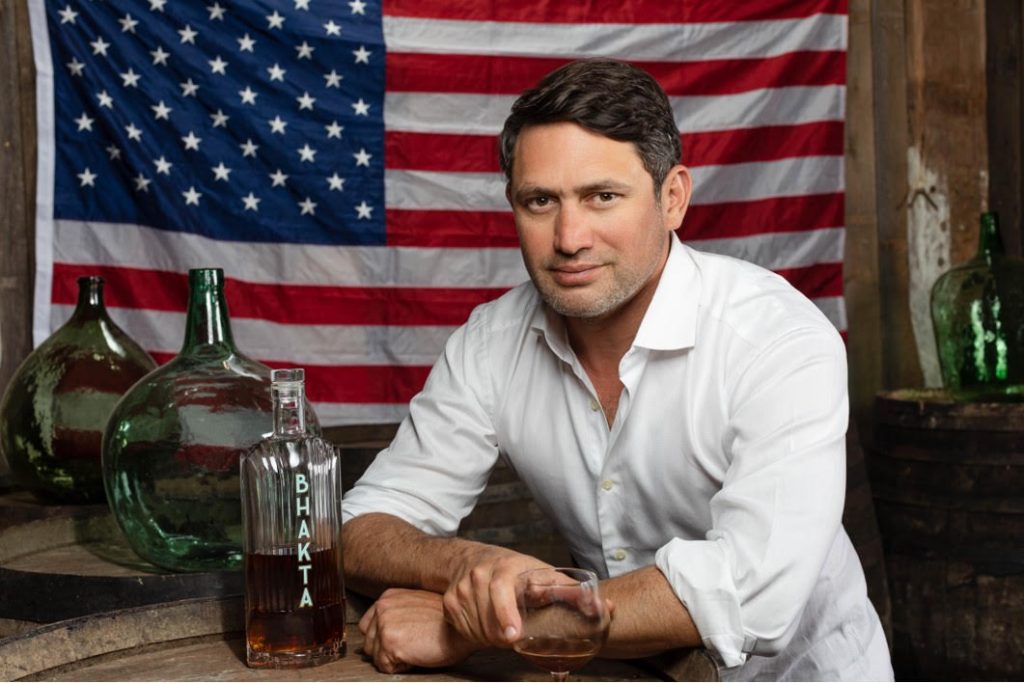 No prizes for guessing which country Raj Bhakta is from

One entrepreneur who’s not shy about flipping the script when it comes to Armagnac and its approach to exports is Raj Bhakta, the man behind American whiskey brand WhistlePig. “The vision for Bhakta is to be the greatest spirits brand in the world,” says Bhakta, who founded the brand in 2020 after acquiring a house in the commune of Condom, Gers. It held a sensational stash of old Armagnac barrels dating back to 1868, which he describes as the “largest ultra-aged spirits collection on earth”. “I was going all over the world looking at buying new rums and whiskies and what I found in Armagnac exceeded my wildest dreams,” he says. “It was abundantly and immediately clear that this was the ultimate find in the world of spirits and nothing else was remotely close.” 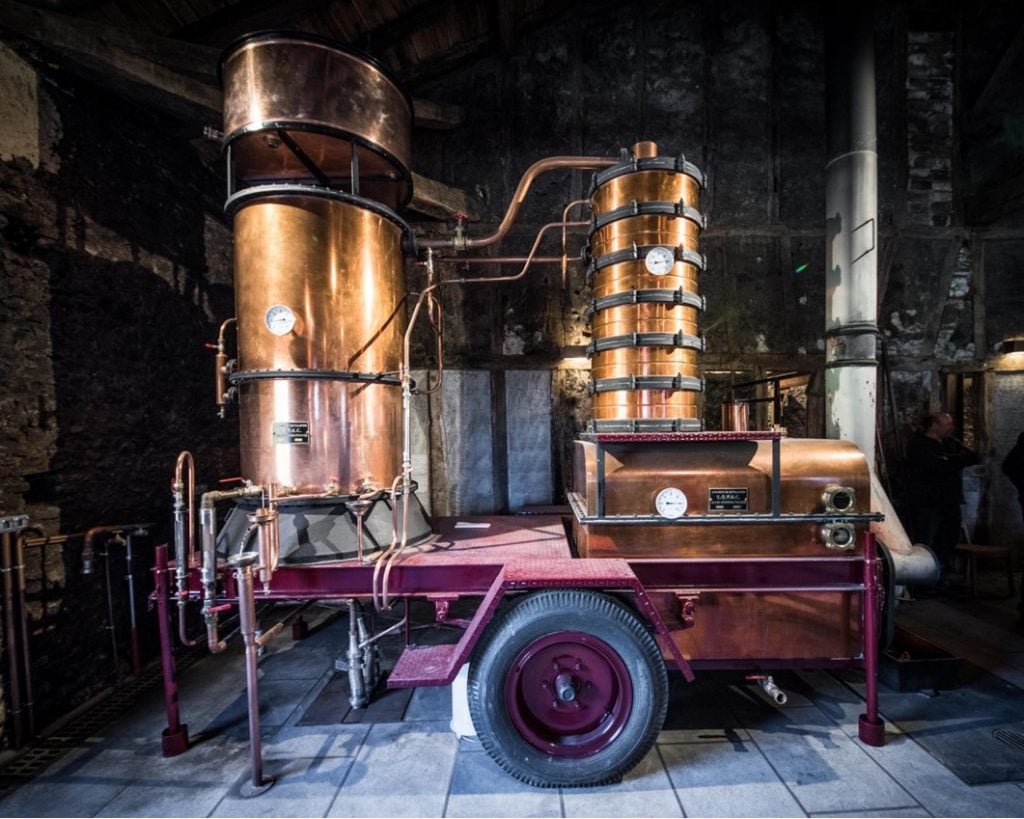 Unlike Cognac where 99% of production is made from one grape variety, Ugni Blanc, Armagnac producers are allowed to use 10 different grape varieties. Though in practice the big four are: Ugni blanc, Baco, Folle Blanche, and Colombard. Grapes are fermented separately then blended to make a high acid white wine which is then distilled in a continuous alambic Armagnacais still (with a maximum of 17 plates). It can be double distilled in a pot still, as in Cognac, but only three producers have these. Most distill to 52-56%, lower than the 70% that’s typical in Cognac, which means more flavour compounds are retained during distillation resulting in more flavour and character.

Ageing takes place in 400 litre French oak casks. Armagnac must be the first spirit in the cask. If you were to age it in an ex-bourbon barrel, for example, it would become ‘brandy’. “Armagnacs are made in the image of their creator – they can be round or lively, fruity or spicy, light or dark. It is the combination of grape varieties and ageing that make the aroma of Armagnac,” says Jérôme Delord, fourth generation co-owner of Armagnac Delord. “We don’t need to shake up the category, just explain Armagnac and make people taste it over and over again.”

There are three production regions that make up AOC Armagnac; Bas Armagnac, Armagnac Tenaréze and Haut Armagnac. 67% of production comes from the Bas Armagnac. The rest comes from Tenaréze. Just 1% comes from the higher altitude Haut Armagnac. Bas-Armagnac in the north is considered to produce the finest and most aromatic eaux-de-vie. Haut-Armagnac is renowned for producing more powerful Armagnacs, while Ténarèze, between Haut-Armagnac and Bas-Armagnac, offers power but also an aromatic profile.

“Historically, especially in England, the Bas Armagnac is very important,” explains Florence Castarede, sixth generation distiller at Castarede. “The flavours are more round and the taste is sweeter. Each bottle is unique but each house has its own style. For me, Armagnac must be well balanced and aromatic – it’s like a perfume.” There is great diversity in Armagnac, as in whisky, which means that if one doesn’t take your fancy, another will.

But there are innovations designed to encourage a younger generation to explore the category. Much of that mission centres around white Blanche Armagnac (unaged), which is perfectly suited to cocktails. Castarede has launched a pair of Armagnacs dedicated to mixing under its Gaspard de M. Bas Armagnac label, which includes a Blanche Armagnac (unaged) and Distiller’s Cut, aged for three years in black Gascon oak barrels. “In the past few years there has been more dynamism and interest around Armagnac, more creativity,” adds Castarede. “New, younger producers are communicating more on social media and cocktails have allowed Armagnac to be introduced to a younger generation.” 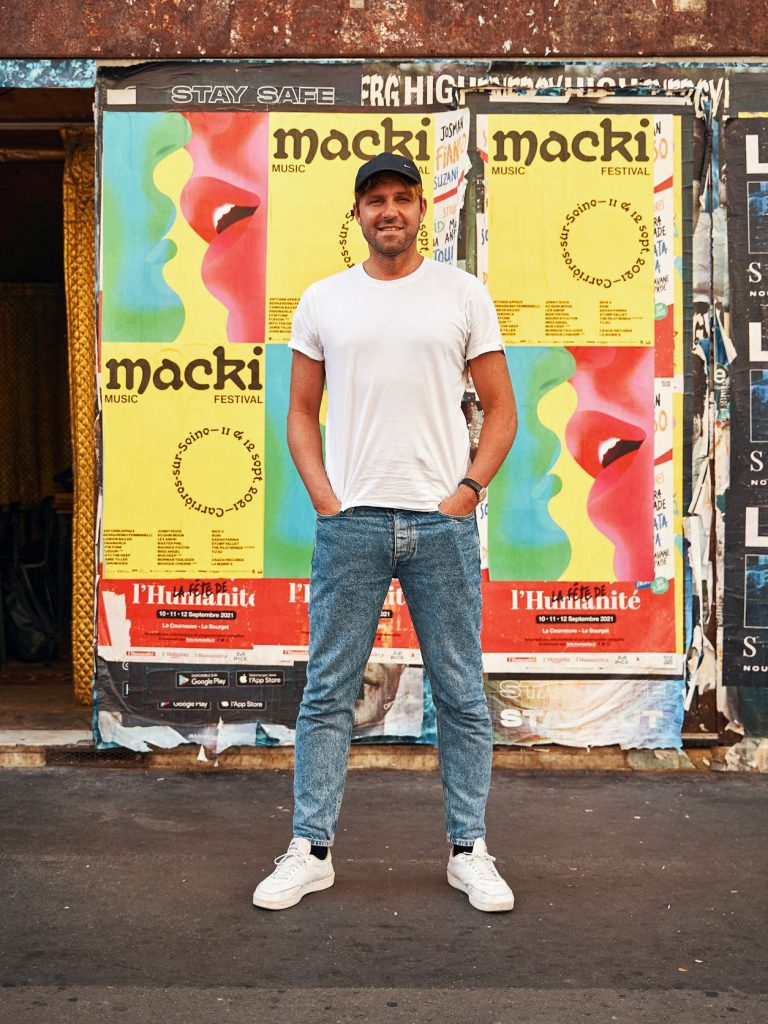 Armagnac cocktails are all the rage

Armagnac cocktails are making a splash in Paris thanks to Romain Le Mouëllic, founder of the Le Syndicat (a bar that champions French spirits) and an ‘Armagnac Musketeer’, a title bestowed upon a select few by the Company of Armagnac Musketeers. He’s also the creator of the FéFé RTD line, which includes a canned Armagnac Pornstar Martini made with Château Arton Fine Blanche Haut-Armagnac, passion fruit puree, vanilla, tonka bean and clove. “Cocktails are a good strategy for Armagnac,” he says. “Blanche Armagnac is really growing. Before it was an innovation without commercial application. Now there is a new focus on Armagnac in cocktails and bartender influences, and lots of houses are making unaged Armagnac. It’s a bit cheaper, it’s unaged so you can get it into bars a lot easier than aged Armagnac and it’s easier to work with.”

Launching an Armagnac-based RTD didn’t come without resistance. Several houses refused to collaborate with Le Mouëllic, prior to Château Arton. “The way Arton approaches the market is very modern with cocktails and Instagram and the design of the bottle and that’s what attracted us, as well as the taste. A lot of producers don’t care about trends, and maybe that’s why Armagnac is so charming, so incredible? They care about their histories and tradition. It’s like a secret gem. A new generation is changing things, but you have to keep the roots that make it so charming and retain the spirit of Armagnac.”

How best to drink Armagnac? There’s the classic D’Artagnan cocktail, named after the hero from Alexandre Dumas’ novel, The Three Musketeers. It’s a sweet mix of Armagnac, triple sec, orange juice and sugar syrup topped with Champagne. Or try it in a Brandy Smash, Brandy Alexander or Sidecar. But if you really want to get to know Armagnac first try it neat, without ice.