The mercury is rising across the northern hemisphere, which means one thing: donning a novelty apron and firing up the barbie. While beer is a valid and worthy barbecue hero, we reckon you can go one better this year – just follow our drinks pairing rules, as told by the experts…

Whether it’s the Australia ‘barbie’, or the South Africa ‘braai’, barbecue cooking is ubiquitous. However, the ways in which different cultures approach the grill – in terms of meat types, sauces, marinades, rubs, and other flavourings – varies wildly from one country to another. Variables like smoke, equipment, fuel, cooking temperature and cooking time (as anyone who has eaten an over-charred, bitter burger patty will know all too well) also have a massive influence on the final flavour of the food.

“Humans have been cooking over live fire all around the world for hundreds of years, so you can imagine there are thousands of techniques alone, without even getting into sauces, marinades and so on,” explains Helen Graves, editor of Pit Magazine. “In recent years, we have become more aware of the ‘low and slow’ style of cooking associated with American barbecue, but barbecue cooking is so much more than that. It may take the form of skewers such as kushiyaki in Japan, it may be buried in a pit in the ground as with Mexican barbacoa or it might be cooked in a tandoor in India.” 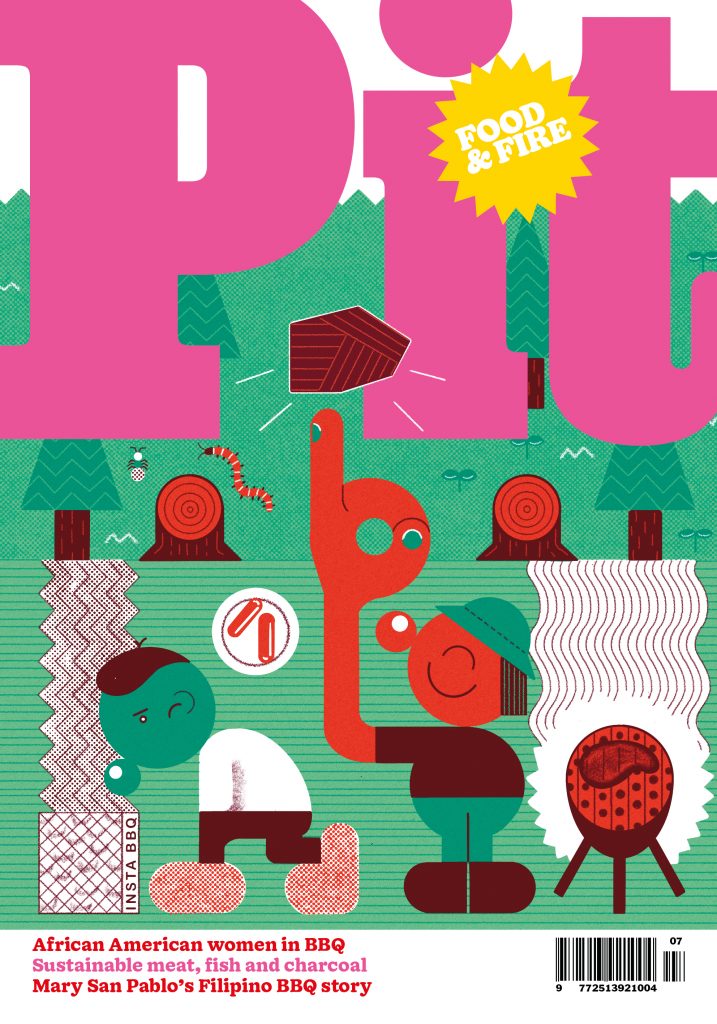 Pit magazine, well worth a read

With so much flavour potential, deviating from the classic ‘beer and a burger’ combination might seem daunting. Fret not. Whether you’re an amateur ‘cue-er or a barbecue legend, we’ve cobbled together five drinks-pairing rules, as recommended by those in the know…

“Typically speaking, you want flavours that have a like-for-like quality with the barbeque food,” says Joe McCanta, global head of education & mixology at Bacardi. “I try to avoid anything too acidic and look to pair barbeque food with cocktails such as the Grey Goose Le Grand Fizz,” he says – 35ml Grey Goose vodka, 15ml fresh lime juice, 25ml St Germain, 60ml cold soda water built over ice in a wine glass and garnished with two lime wedges.

Drinks with bitter, herbaceous notes also work well, says Graves. “This isn’t the time to bring out a drink on the more delicate end of the spectrum,” she explains. “You want something big, gutsy and honestly, quite alcoholic. The spirit needs to come forward to stand up to the ‘cue.”

Try a  vermouth-spiked take on the G&T – the Rose Spritz combines 50ml Bombay Sapphire, 100ml elderflower tonic, 25ml Martini Rosato vermouth and two orange wedges in a balloon glass over ice. “If you can’t find elderflower tonic, you can opt for a regular tonic with a splash of honey,” says McCanta. “For a less zesty, sweeter serve, try raspberries in place of the orange wedges to garnish.”

It goes without saying that long, refreshing whisky-based serves are a barbecue dream. “Elderflower cordial is such as a simple ingredient that works well with whisky cocktails, such as a whisky highball with soda – so refreshing for summer,” says Stewart Buchanan, global brand ambassador for Glenglassaugh, BenRiach and The GlenDronach distilleries.

Drop your preconceptions about what you ‘should’ or ‘shouldn’t’ be doing with a spirit. “We always encourage people to step outside of ‘the classics’” says Quinzil de Plessis, master of wood and liquid innovation at Kinahan’s Irish Whiskey. “BBQ should be an experience, not just a process, so look for a mix of versatile, new and different flavours to add to your experience.” 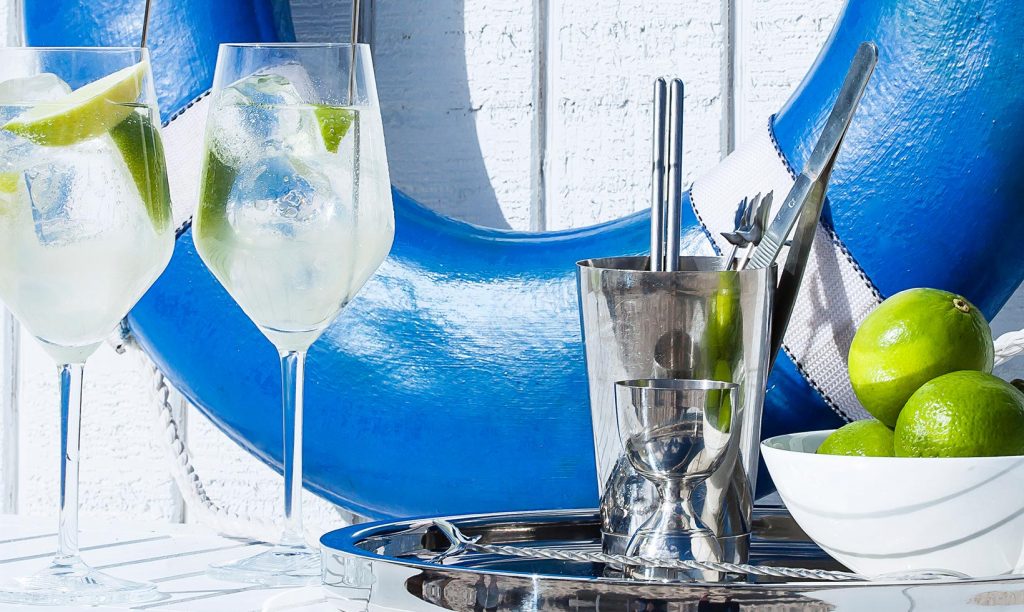 Bright and bold flavours stand up and complement the smoky char of a BBQ, says James Chase, director at Chase Distillery. This could be a flavoured gin, for example – Chase recommends his Pink Grapefruit and Pomelo Gin “mixed with Mediterranean tonic and a fleshy slice of grapefruit to garnish”.

Alternatively, you could try a spiced rum. As part of a partnership with London restaurant Berber and Q, Bacardi has explored different ways of using Bacardi Spiced as a key ingredient for cocktails and meat marinades. Something like a Bacardi Spiced & Ginger Ale – using a ratio of 50ml rum with 100ml ginger ale – is a match made in heaven.

Mezcal, too, shines in a barbecue setting. “We have a preference for long, refreshing drinks with a bit of a punch,” says David Shepherd, founder of Corte Vetusto, “so we’d be sipping on a great Mezcal Margarita, a Mezcal Paloma or a Mezcal Collins, using citrus and bubbly effervescence to complement the smoky agave notes of mezcal.”

Whatever you do, just don’t confuse ‘bold’ with ‘rich’ when it comes to drink pairings. “Something like a Bloody Mary may be a little too heavy,” says Chase. “A BBQ is all about the food, and the drink needs to complement and not be another meal in itself.”

Temperature is everything in the grill – and the same goes for your glass. “Avoiding anything that is served straight up, as it will become warm in the hot sun,” says Metinee Kongsrivilai, brand ambassador for Bacardi UK. You can never have enough ice, so make sure you’ve got plenty in the freezer. Which leads me nicely to our next tip… 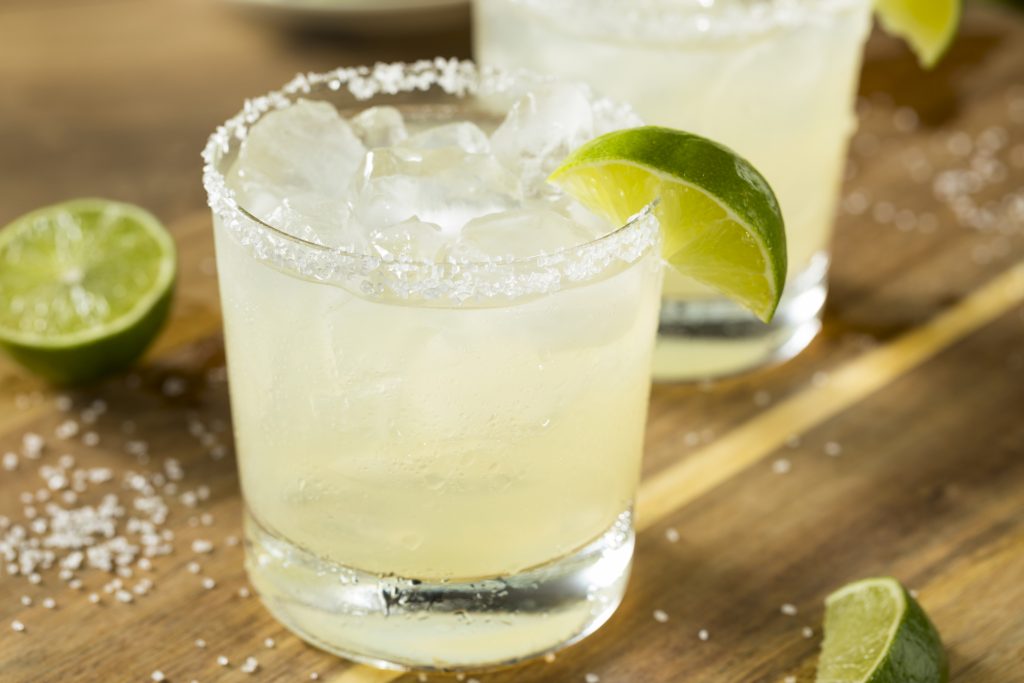 A little bit of preparation can go a long way, says Shepherd. “Pre-batching your mezcal Margarita and keeping it chilled in the fridge means you can effortlessly get your guests into the vibe on arrival,” he says. “Marinade your meat overnight to let all of those flavours really sink in.”

Always use the best quality ingredients available to you, suggests Liz Baker, marketing manager at Wilkin & Sons Ltd (creator of the Tiptree spirits range) – and don’t forget the smaller details. “Why not invest in some lovely glasses and take time to think about garnishes,” she says, “this could be a slice of lemon or lime, a sprig of mint or a fresh strawberry or plump raspberry.”

Make sure your guests have a drink in hand on arrival because you might be busy on the grill, and have no time for small talk, adds Chase. “Prop up a table and lay a selection of spirits out, with some random bottles that have been in your drinks cupboard for too long, with pre-cut garnished and cups – preferably red cups!” 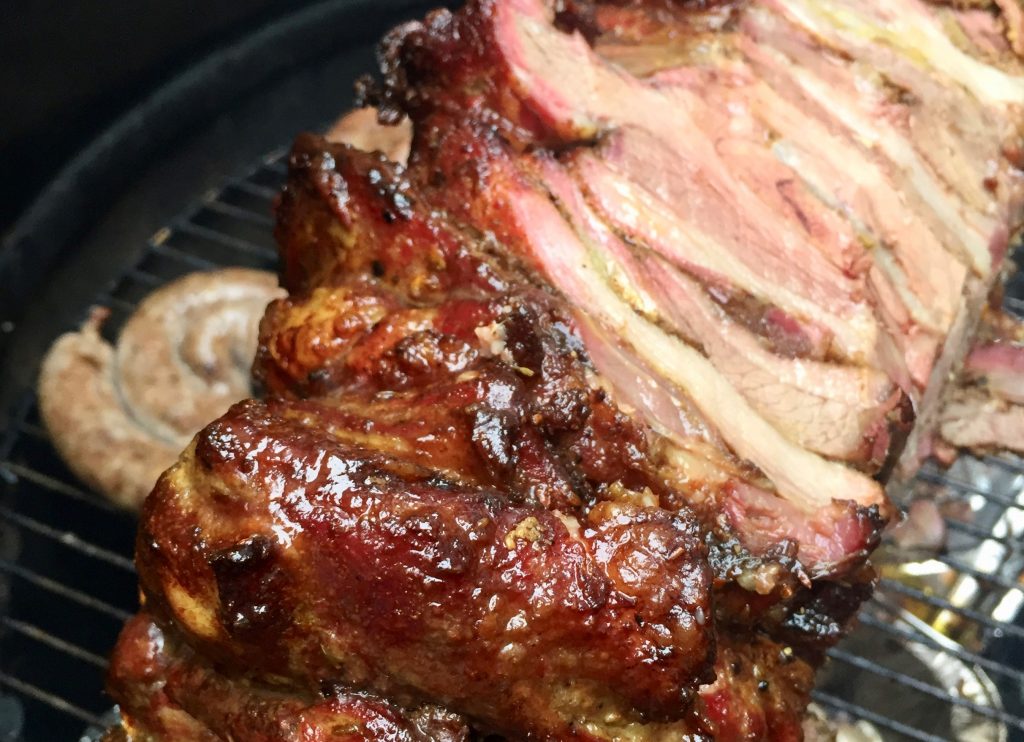 This is meant to be fun. You’re not going to enjoy yourself if you’re trying to cook eight different things at once to perfection, says Paul Human, founder and head chef at We Serve Humans and The Collab in Walthamstow. “You’ll also fail, especially once you’ve had a few beers in the sun,” he says. “Do one thing and do it really well. Try and keep to a theme – do a shoulder of lamb and some flatbreads, tzatziki, a little Greek salad. Summery, simple, all stuff you can prep a day ahead. Sprinkle some pomegranate seeds on it, pass around a glass of retsina or iced rosé and bathe in the glory.”