Explore the endless possibilities found in the brilliant world of beer with this super selection.

It boggles the mind why anyone would want to live in a state of booze-based monogamy when choices have never been wider and more intriguing in all categories. There’s no excuse to squander the opportunity to taste and explore with so much great stuff just waiting to be appreciated.

Take beer, for example. It’s been produced, sold and enjoyed all over the world for generations and boasts an incredible range of varieties. There are bitters, blondes, APAs, IPAs, fruit beers, low-alcohol bottlings, lagers and pilsners, and porters and stouts among others, so there’s sure to be something for everyone. Variety is very much the spice (or should that be hop?) of life, after all.

So, make 2019 all about playing the field. We’ve listed a beer from each of the aforementioned categories so there’s no excuse not to broaden your beer-based horizons. It’s our round-up of eight beers you have to try in 2019!

The Yeastie Boys’ award-winning new world IPA with an old-world influence, Gunnamatta Earl Grey, was inspired by the pale ales that travelled from England to the East Indies but also by all that precious tea that returned on those same ships. That’s why it features a healthy dose of Earl Grey Blue Flower. It was also influenced by the instrumental surf rock opening track of Paul Kelly’s 2004 album ‘Ways and Means’. There’s just so much going on here.

For some, Belgium is the greatest beer-brewing nation in the world. Many of its styles were copied and modified as part of the craft revolution, and the country is renowned for its vast array of traditional and modern beers. This from the excellent Troubadour range is a classic Belgian Blonde, a subtle, light, and dry style of beer that pairs really with spicy food, cheese and summer days.

Well balanced, with citrus fruit at the fore (think grapefruit and lemon for this one) and grassy hops playing around in the background. Hearty yeast influence too.

London-based brewery Beavertown was founded by Logan Plant, the son of legendary Led Zeppelin frontman Robert Plant, but the company has very much forged its own identity with innovative brews and its brightly-coloured, graphic novel-style label designs. This American pale ale was made with best pale, caragold and caramel malts as well as Columbus, Bravo, Amarillo, Citra and Calypso hops (dry-hopped for days). It’s a big, hoppy and fresh beer with a deliciously drinkable juicy, tropical character, and thankfully no radioactive side effects.

Moritz is something of an iconic name in beer; the brewery’s first release was way back in 1856. After period of obscurity, the company resurfaced in 2004, thanks to the descendants of the Moritz family, who relaunched the brand to much success. This is its core release, a pale Pilsner made with mineral water from the Font d’Or, pale malts and Saaz hops. It’s a clean, crisp and delightfully malty beer from the brand behind Barcelona’s original beer.

You don’t have to travel to Belgium to get your hands on a decent fruit beer anymore. The fun and refreshing take on the classic pint is represented brilliantly here from The Wild Beer Co., who boast quite a range of vibrantly-flavoured beers. Lemons that were first preserved in salt were used here in a beer that packs a tart, acidic bite and pleasant salinity without compromising the character of its malt and hops.

Tart lemons, apple and hay before the introduction of the sea salt notes, with a hint of flint too.

In what is almost certainly the finest way to share Iceland’s amazing water with the world, this toasted porter from Einstök Ölgerð in Iceland was brewed with Icelandic roasted coffee, lager malt, Munich malt, chocolate malt, Bavarian hops and pure Icelandic water. The result is a robust, supple and very drinkable porter.

Roasty and toasty with dark mocha and bitter treacle.

Adnams Broadside was first brewed in 1972 to commemorate the battle of Sole Bay fought against the Dutch Republic in 1672 just off the Southwold coast, close to the brewery. There’s not just history to be enjoyed here, however, Broadside is a delightfully dark and rich bitter that was brewed with pale and chocolate malt and First Gold hops. Pair with good, hearty home-cooked food (think stews, pies etc.) to make the most of it.

Full-bodied and rich, notes of fruitcake, red berries, warming malt and dark caramel. A touch of almonds lingers on the finish.

Low-alcohol tipples are becoming all the rage, so it’s worth seeing what all the fuss is about. This is Nanny State, BrewDog’s take on the category, weighing in at a mighty 0.5% ABV. However, a hearty helping of hops, including Centennial, Amarillo, Columbus, Cascade and Simcoe, as well as plenty of dry hops means this is still a flavoursome brew.

Yep, this is well-hopped indeed – loads of orange, grapefruit, mango and pine, with a little bit of biscuit-y malt shining through.

Master of Malt @MasterOfMalt
38 minutes ago
Industry experts give us their tips on how to have a healthy relationship with booze during lockdown and beyond.

Master of Malt @MasterOfMalt
2 hours ago
John Quinn of @TullamoreDEW fame joins us to talk about the journey to restore the distillery, the process of creating #whiskey the Tullamore way and more. 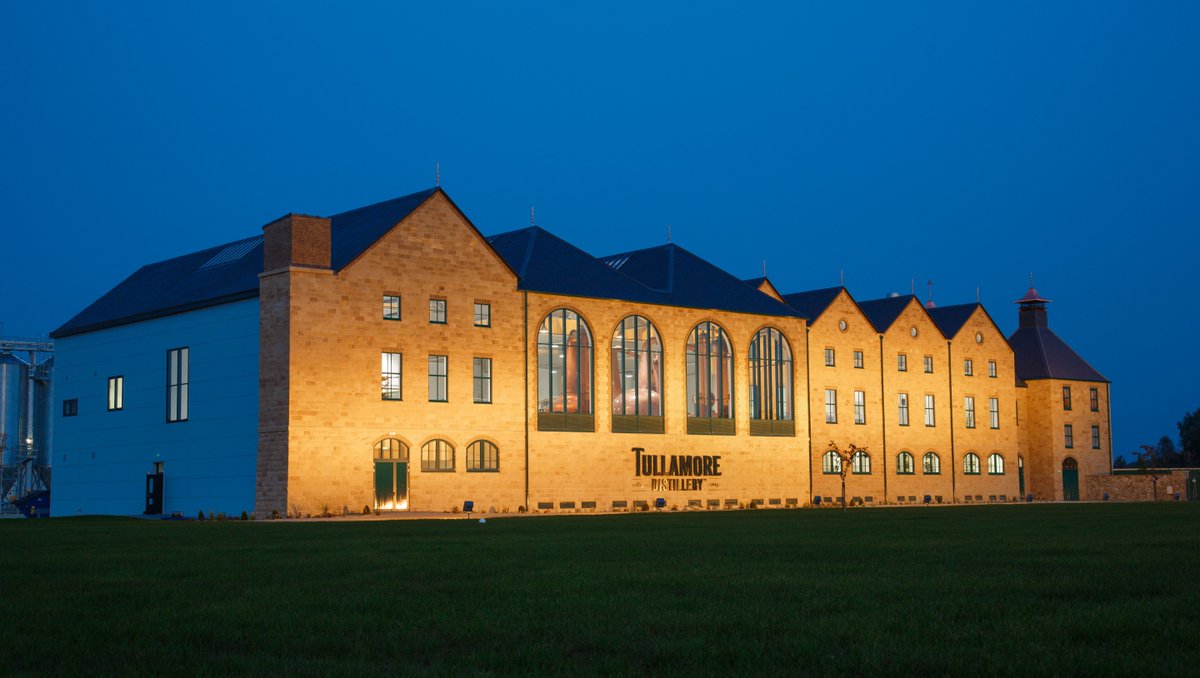 Master of Malt @MasterOfMalt
5 hours ago
This weekend Britain’s hospitality industry wakes from its Covid slumber so we pick our favourite #whisky bars in London (do check with venues first about opening times/ social distance rules.) 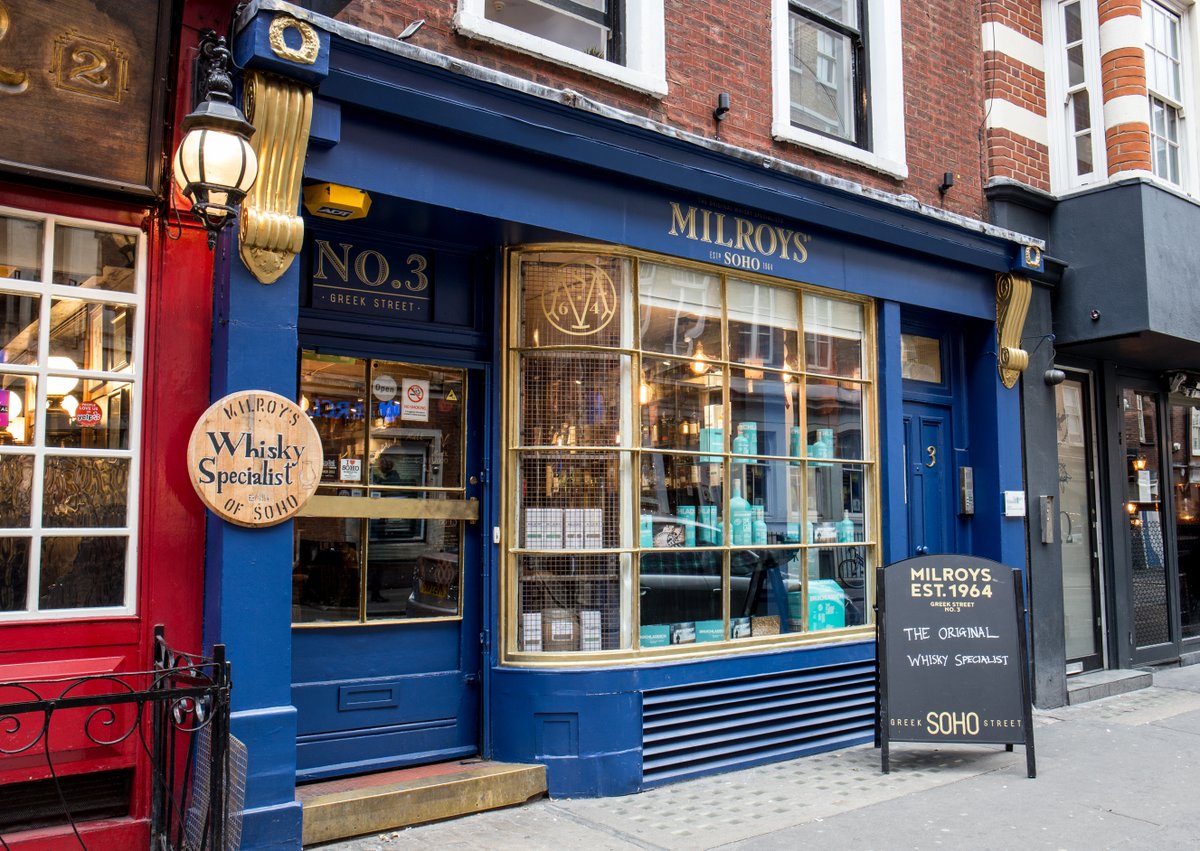 Come along and explore Craigellachie!

Cocktail of the Week: The Brandy Sour