Cocktail of the Week: The Pomme Spritz

Henry Jeffreys
No Comments on Cocktail of the Week: The Pomme Spritz

How do you like them apples? A lot? Well, we’ve got the perfect cocktail for you, a refreshing blend of tonic water and the none-more-appley 30&40 Double Jus aperitif from France.

30&40 is named after a card game, trente et quarante, that was popular in France before the war. It was played at the casinos of Deauville, when artists and aristocrats flocked to the playground of the Normandy coast, according to the brand’s co-founder Vincent Béjot. “It was the golden age for Normandy, it was also the golden age of the aperitif,” he said.

Béjot, a Norman himself, was living in Paris and, he said, “drinking lots of Calvados.” He got two friends, Aymeric Dutheil and Thibault Patte, hooked on it too and the idea emerged to create an aperitif based on their favourite drink. They took pommeau, a Norman liqueur rather like Pineau des Charentes made with apple juice and brandy, and mixed it with Calvados, hence the name Double Jus. But they couldn’t get the recipe quite right: Béjot explained: “Too much Calvados, around 24/25 % ABV, made it taste too much like brandy. But when we put more pommeau in, it was too sweet and heavy like pommeau can be.” He didn’t want to take the easy way out of using neutral alcohol or sugar. 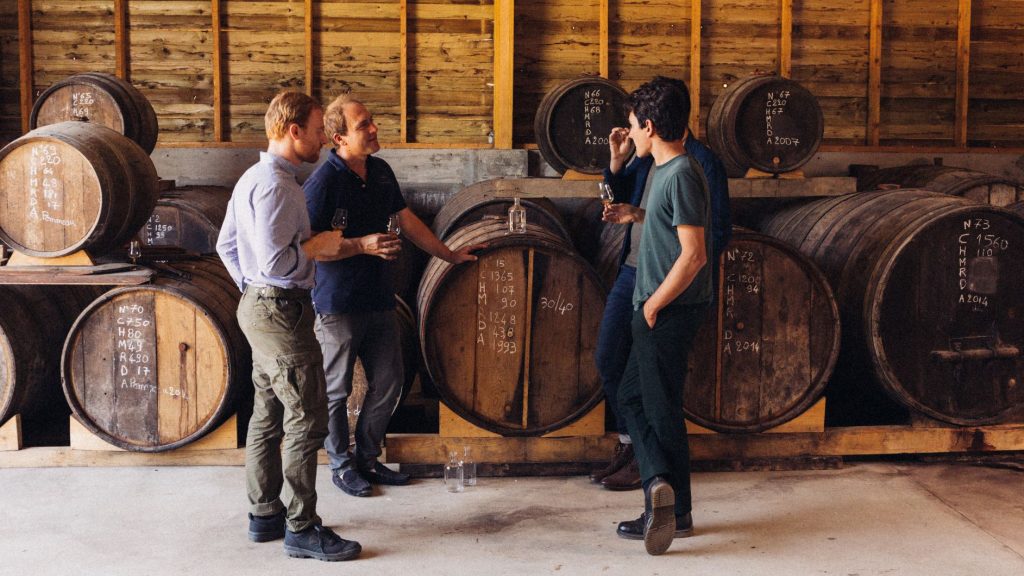 They worked with a spirits specialist called Alexandre Vingtier to solve the problem. The answer was inspired by the Norman port of Le Havre, which rather like Leith in Scotland, used to be awash with old barrels from sherry, Port and rum, which Calvados producers would age their brandy in. So they experimented with adding rum to the recipe. According to Béjot, the flavour of rhum agricole was too overpowering but a tiny amount, about 2%, of five year old rum from Belize (very expensive, according to Béjot) rounded the whole thing out without adding sugar. In future, however, he’s looking to make Double Jus with all local products.

An early supporter was Paris bar Le Syndicat, famous for only using French products. Béjot only had samples in plastic bottles at that stage but the bar placed an order for two cases. “I filled the two first cases in my room.Then I thought: ‘now we can get serious’”, he said. London bartenders too, quickly saw the potential: “Erik Lorincz when he was at the American Bar at the Savoy, Happiness Forgets and Three Sheets. They all supported us. That’s how we started.” The hobby had become a business.

As well as making a delicious drink, the aim with 30&40 is to help the Calvados category which has been in decline in recent years (though there are signs that it is picking up) and to revive the great French tradition of the aperitif. Béjot explained: “In the 1920s, after the war, people were super happy to stop at a local bar or cafe and have a drink after work. The word aperitif comes from the Latin apero, to open.” Drinks like Dubonnet and Byrrh with their bitterness were designed to get you salivating.

It was also the time of the soda syphon. According to Béjot, the word spritz comes from Austrian tourists to Italy who ask for a ‘spritz’ of soda in their bitter aperitif drinks. A cocktail classic was born. 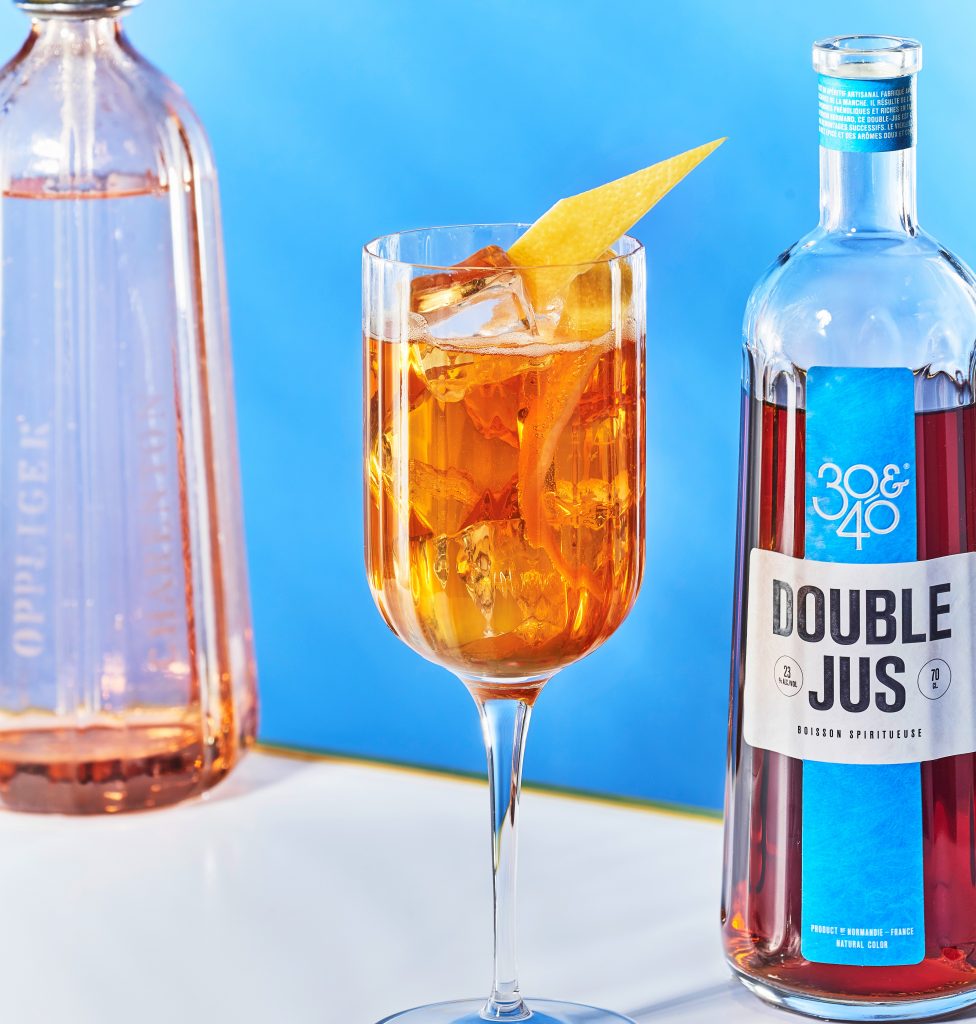 Sadly, the classic French aperitif declined in the 1960s due to changing drinking habits. Béjot explained: “Most of the brands died or were bought by big industrial groups whose main focus was to keep affordable products for existing clientele. Natural ingredients were replaced with artificial colouring and flavouring and ABV lowered for tax purposes.”

He added: “For us the market is not super exciting. That’s why we decided to launch a product like Double Jus,” Béjot said, “Quite high ABV compared with some aperitifs, and all completely artisanal. Made only from apples grown in Normandy no flavours or colourant. You can tell when you try neat or over ice.”

There is still the tradition of going out for a pre-dinner drink in France even if people aren’t drinking French aperitifs. Instead, it’s usually wine, beer or, increasingly, Aperol, which has led to a Spritz revival. Béjot said “Whether in the UK or France, people are used to Aperol and want to try something else. This is just the right moment to try our product.”

And that’s the best way to drink 30&40, just with a spritz of soda or tonic water. It could be the drink of the summer, Now, anyone for cards?

Add the ingredients to an ice- filled Highball glass, stir gently and garnish with a piece of lemon peel.

Take a VR tour of Glenrothes Distillery with MoM!