Annie Hayes
No Comments on The Top 10 minimalist cocktail bars

When it comes to back bars, bigger isn’t inherently better. Quite the opposite – it takes the most creative and discerning of bar teams to work cocktail magic with a pared-down selection of spirits. We’ve picked 10 of the world’s best minimalist cocktail bars…

While bumper booze inventories continue to draw admiration from thirsty fans (ourselves included), other venues have taken the opposite road; slimming their selection down to little more than a shelf’s worth of hand-picked spirits.

For some bar owners, eschewing established brands for a curated rail of favourites is simply a matter of personal taste. For others, it supports their ethos of sustainability: locally-sourced at all costs. Some want to make a stand against pouring deals born from corporate interest. Or, occasionally, it’s a mix of all three.

Whatever the reason may be, stripped back bars certainly don’t make for lacklustre drinks – as the 10 bars that follow attest: 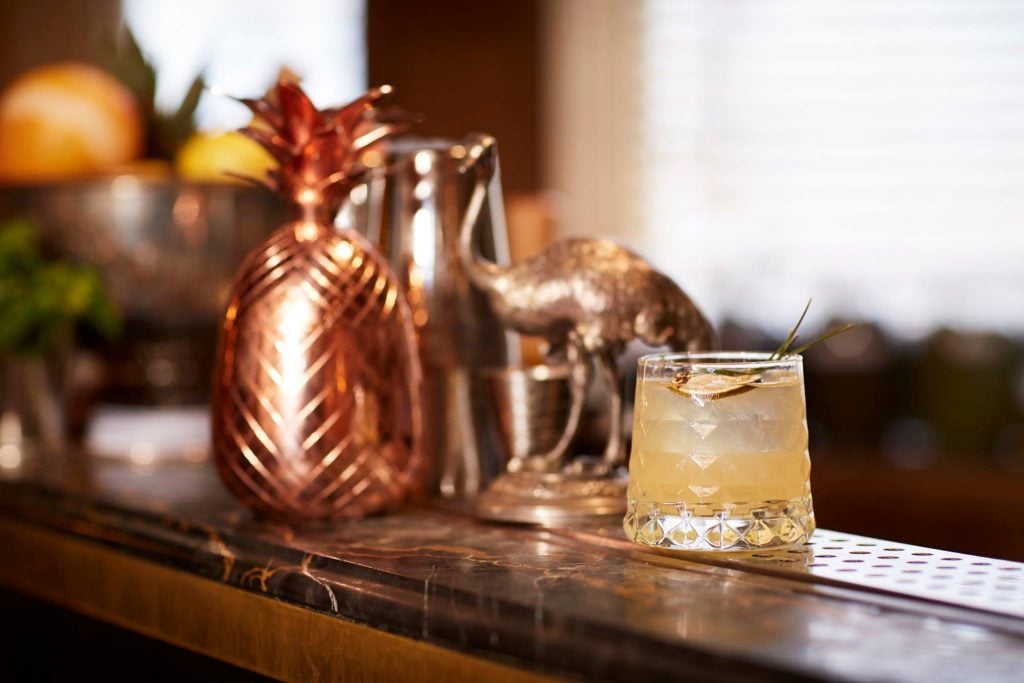 You can have anything you want at Punch Room, as long as it’s punch

Minimalist credentials: Single spirit bar with a sense of place

Recently-opened San Fran hangout Obispo is a single spirit bar with a difference. Rather than clamouring to own one of every single bottle going, owner Thad Vogler has stocked his bar with a limited inventory of speciality rums, many from distilleries he has personally visited. The concept? To champion truly unique spirits that taste like the places they come from: no additives here, thanks. One highlight of Obispo’s cocktail menu has to be the Mojito, made according to a 1934 recipe from Havana-based bar El Floridita with stirred mint and raw sugar.

While championing locally-sourced ingredients is increasingly commonplace in bars these days, few can claim to exclusively do so. A Rake’s Bar, however, is one of them. You won’t find Scotch or Tequila (or even citrus!) here – each drink celebrates local distillers and ingredients, from locally-produced Curaçao to verjus from nearby vineyards. Everything from its antique glassware to the physical cocktail menu is the product of local collaboration. 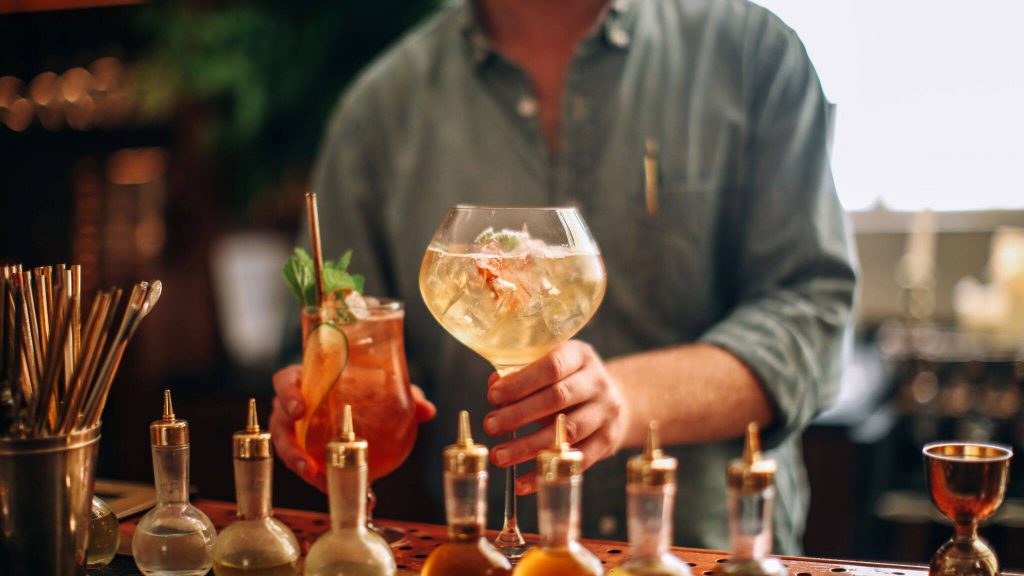 Located in Berlin’s Mitte district, Buck and Breck seats just 14 people at a time, around a communal black wooden table that doubles as the bar station – the only furniture in the entire space. But the stripped-back interior is far from the speakeasy’s only minimalist draw. Cocktails are listed by name and base ingredient (no brands, here, all spirits bottles are colour-coded) and accompanied by a considered Champagne offering.

Minimalist credentials: Asian flavour profiles only – with a focus on foraging 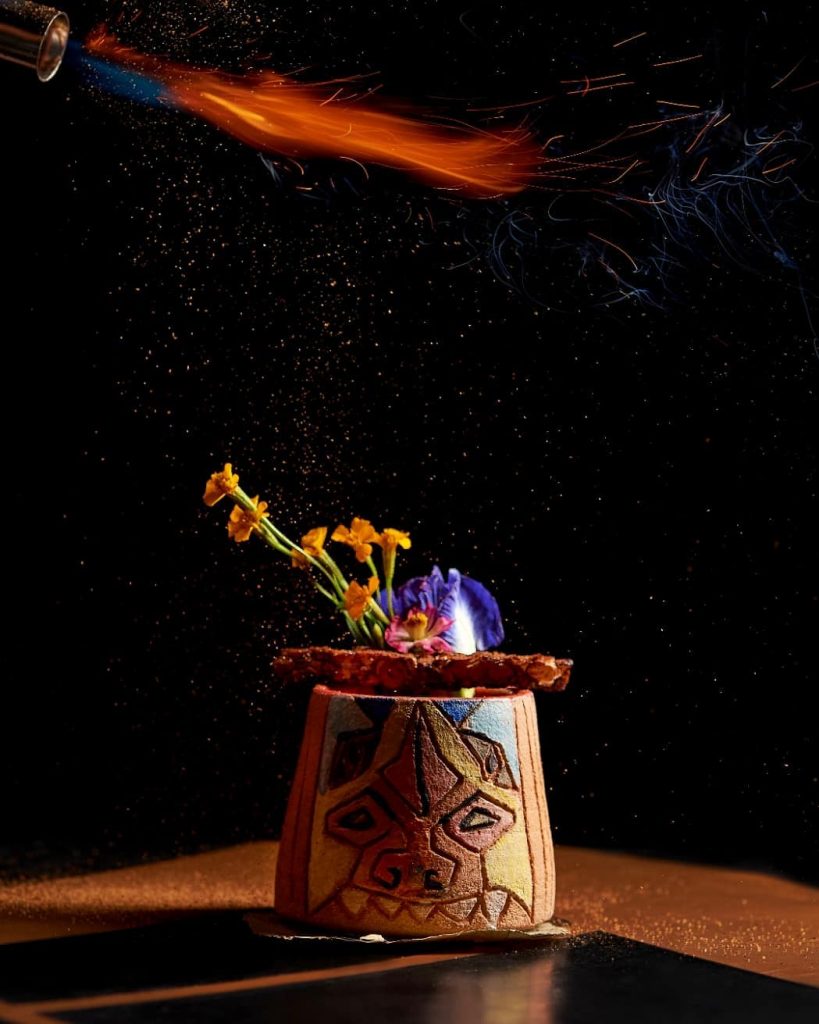 Made from just a single shelf of spirits, Three Sheets’ cocktail menu reflects its name: three pages with three cocktails on each. Aperitif-style cocktails decorate the first column, and get progressively punchier as the menu unfolds. Bartending brothers Max and Noel Venning are the brains behind this welcoming neighbourhood venue, which is big on pre-batched and bottled ingredients. All the stuff you want from a cocktail bar, and none of the stuff you don’t. Head there during the day for a dynamite flat white. 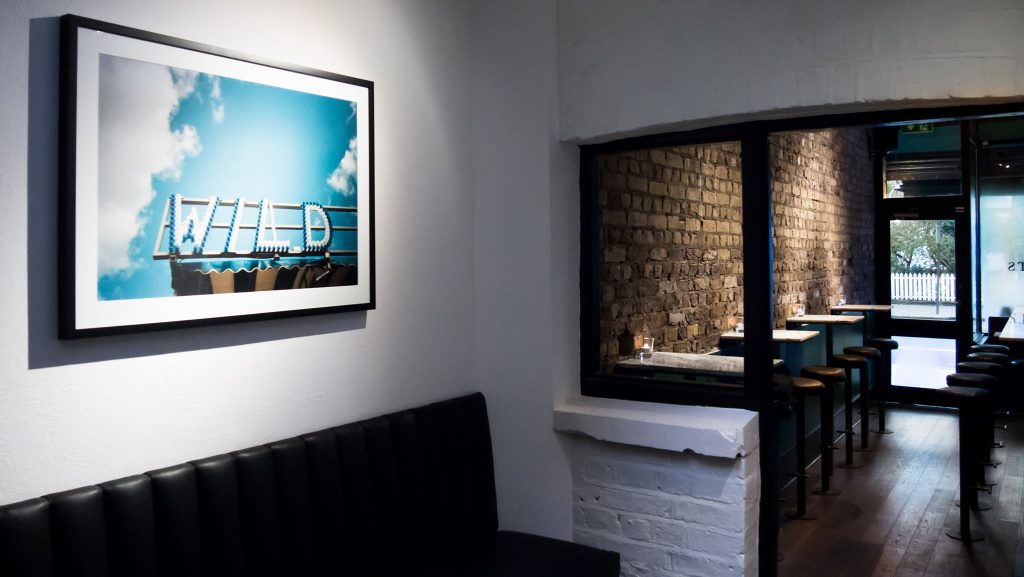 Tiny eight-seater Japanese bar Gen Yamamoto is a drinking den unlike any other in the world. There’s no cocktail list, just a tasting menu crafted to reflect ‘shiki’, which means Japanese seasonality. Your options are minimal: choose from either a four-drink or six-drink menu, and sit back as solo bartender Yamamoto takes your taste buds on a veritable flavour journey. FYI, the bar is carved out of a 500-year-old Mizunara tree.

Is Backdoor 43 the smallest bar in the world? At the grand total of four square foot in size, it’s certainly up there. There’s only space for four (plus one Guy Fawkes mask-wearing bartender) at the tiny bar, for which the menu changes on a monthly basis. If you can’t get a reservation, fret not – a small selection of classic cocktails can be ordered to-go via a small slot window to the street. 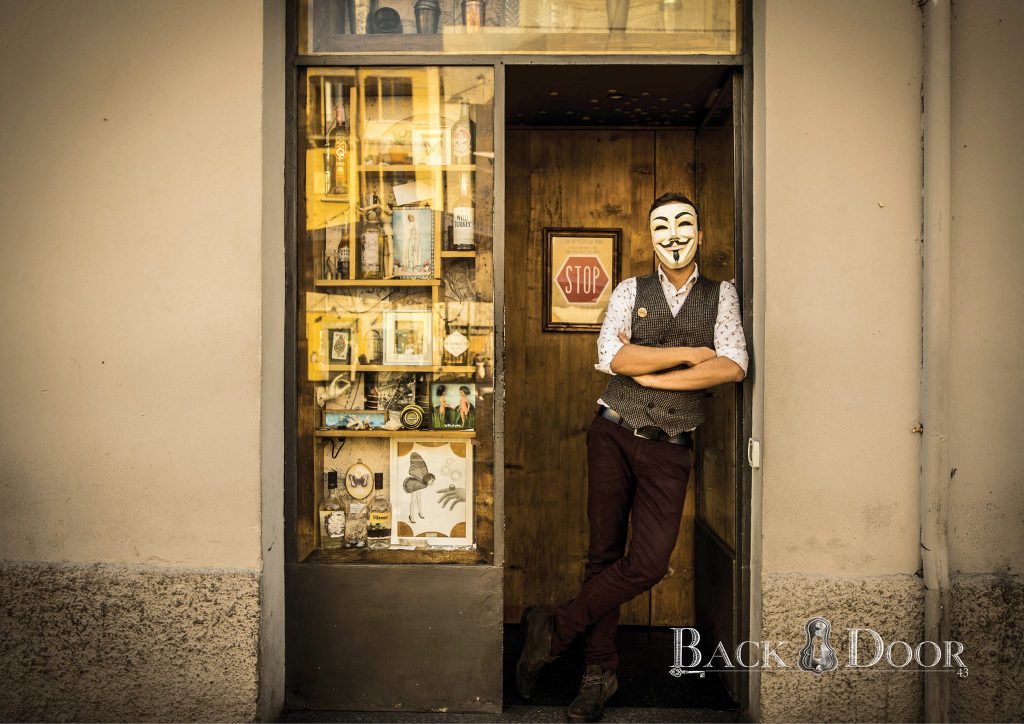 Backdoor 43, Milan, probably the smallest bar in the world

Owned by award-winning bartender Hayden Lambert, Above Board is the minimalist bar blueprint both in terms of drinks and design aesthetics. A sleek grey 12-seater island bar commands the softly-lit room; hand-picked spirits are decanted into crystal bottles and stored out of sight. The menu boasts 25 cocktails, split across signatures and twists on classics, with minimal garnishes. Glasses are thin and beautifully chilled, the ice is hand-stamped, and the hospitality is second to none.

Minimalist credentials: There is no menu whatsoever

So minimalist is the vibe at seasonal Parisian hangout Bisou, they’ve done away with the menu altogether. Instead, you have a chat with the bartender about what you like – and, if you’re fussy, what you don’t – and he’ll whip up the craft cocktail of your dreams for a very reasonable €12 using 100% organic and locally-sourced ingredients. Sustainability is big here, with a focus on reducing waste; unused parts of fruits and vegetables are dehydrated and repurposed as garnishes. 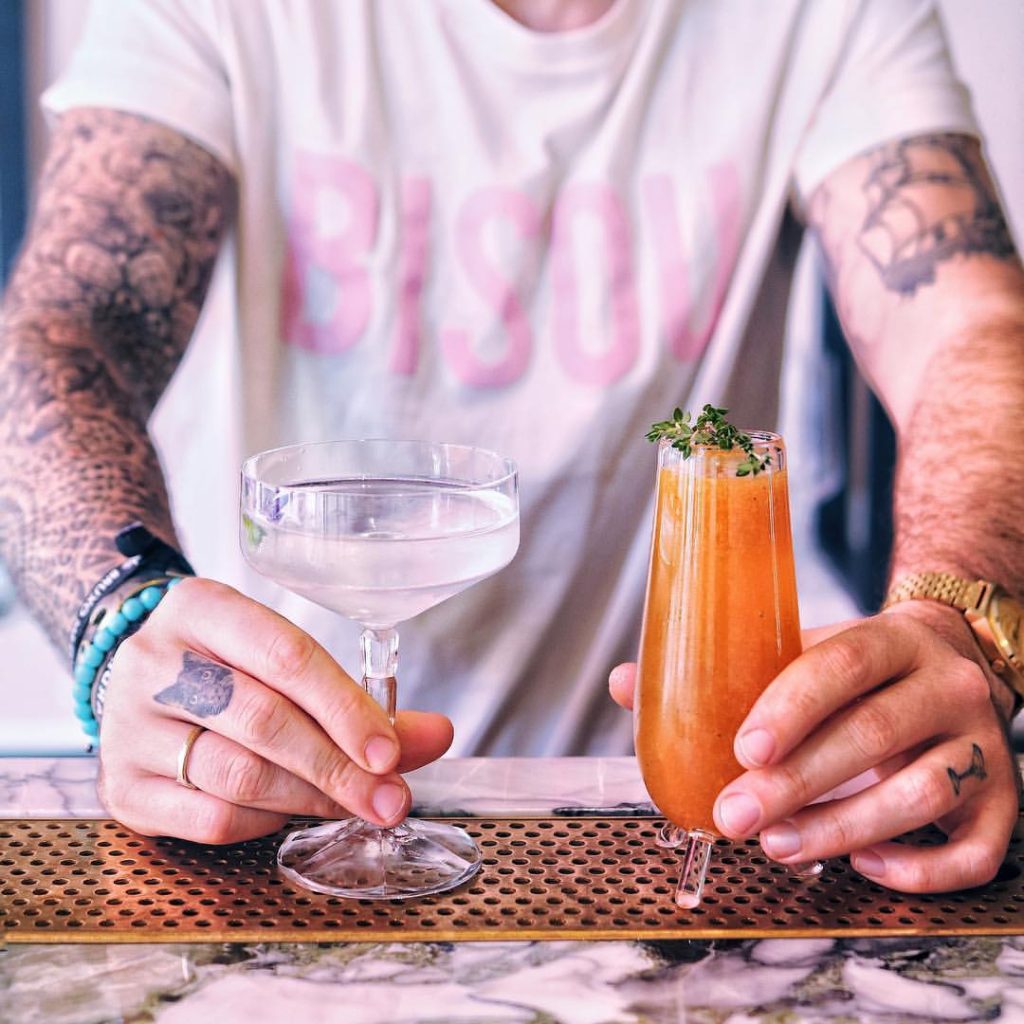 Bisou, Paris, so minimalist, it doesn’t even have a menu

Are you Thirsty for a Terrific Tequila?

We join ADI for the Judging of Craft Spirits!