When this years’ Chivas Masters finalists navigate the competition’s various challenges and masterclasses over the course of the week, they do so under the experienced eye of Australian native Rhys Wilson, who stormed to victory in the 2017 edition in Tokyo. When it comes to stepping into the limelight, the actor-turned-bartender knows how to command a room. After all, he’s been trained to do so. “Bars have a big stage in the middle of the room and people come for the performance,” he says. “What goes inside the glass is just one part of that – it’s also about atmosphere and creating a connection with the audience.”

While he was in possession of a formidable CV – Callooh Callay and Happiness Forgets are two of his former haunts – prior to the Chivas Masters, Wilson didn’t view himself as competition bartender. “I had the opinion that not enough competitions truly tested all aspects of great bartending and hospitality,” he says. “Making a great drink for three people within five minutes doesn’t necessarily emulate true service. The way Chivas structured the competition in terms of making multiple drinks and showing different styles and personalities really resonated with me.” 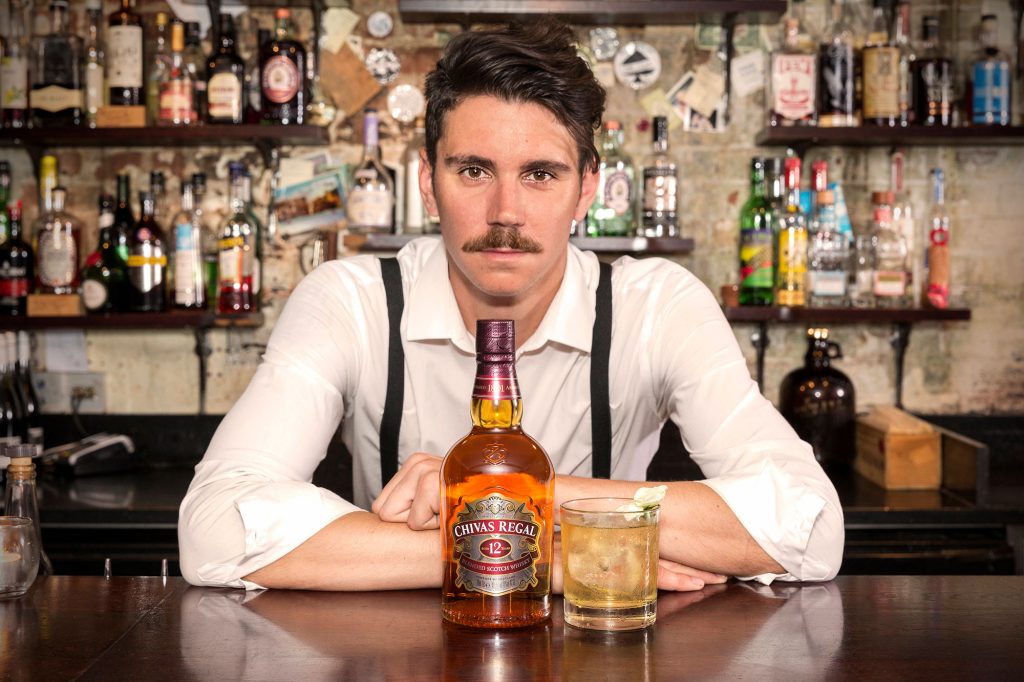 Fast-forward to 2019 and Wilson is almost one year into his role as globetrotting global brand ambassador, in which the community-centric Chivas Masters (now in its sixth year) remains a huge part. When we talk on the phone, his focus on very much on this year’s five-day finale, which starts on Chivas’ home turf, Strathisla distillery, before heading to London. This year, he says, more than 1,000 bartenders entered 14 national finals. Their challenge? To create a cocktail that tells ‘their’ story.

“In our industry, we invest so much into our job that we can end up being defined by it,” Wilson explains. “We wanted to challenge competitors to explore their other passions and the other aspects of their life that make them the bartender they are. It gives them the chance to put their personality behind the drink and the story that goes with it, which is such an important part of a great drinking experience.” 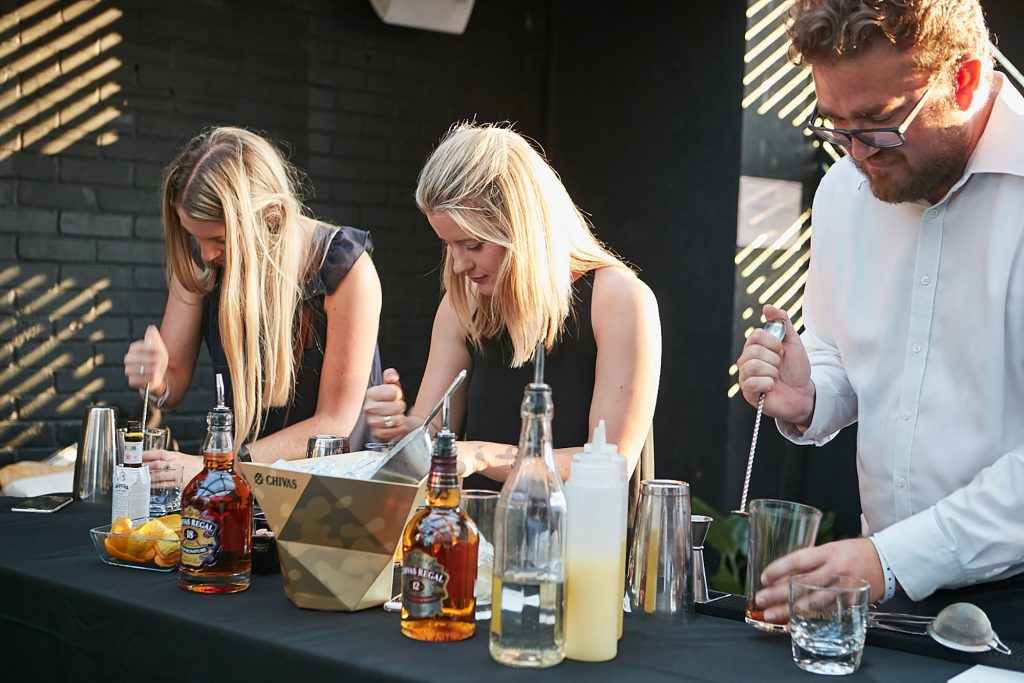 Ooooh, I get the Chivas!

In the Scottish leg of the final, bartenders will explore the heritage and tradition associated with blended Scotch, delve into the history of classic cocktails and examine what a future classic might look like, Wilson explains, while in London they’ll examine the contemporary cocktail world as it exists in 2019 – and discover how Scotch whisky will play a part in that. Armed with their new-found knowledge, each of the 14 finalists will be empowered to drive both the cocktail and Scotch whisky scene in their respective country forwards.

“There’s still this belief that whisky can’t be mixed, that you have to follow certain rules and drink it in certain ways, and that’s absolutely not true,” says Wilson. “As Scotch whisky producers, we have strict production rules to follow, but once it’s bottled, it’s yours to enjoy however you see fit.” Attitudes towards whisky cocktails are starting to shift too, he explains, and people are increasingly interacting with the spirit using less traditional flavours. One of Wilson’s winning cocktails in the Chivas Masters 2017 was essentially a Scotch whisky Cosmopolitan.

“People sometimes see Scotch as being one-dimensional, that even when you do approach cocktails it has to be a richer style of drink,” Wilson continues. “The really great thing with blended Scotch is that whiskies from many different distilleries come together to make our final product, which gives us a huge range of flavour notes. The versatility is immense and it really encourages bartenders to play around with different styles.” 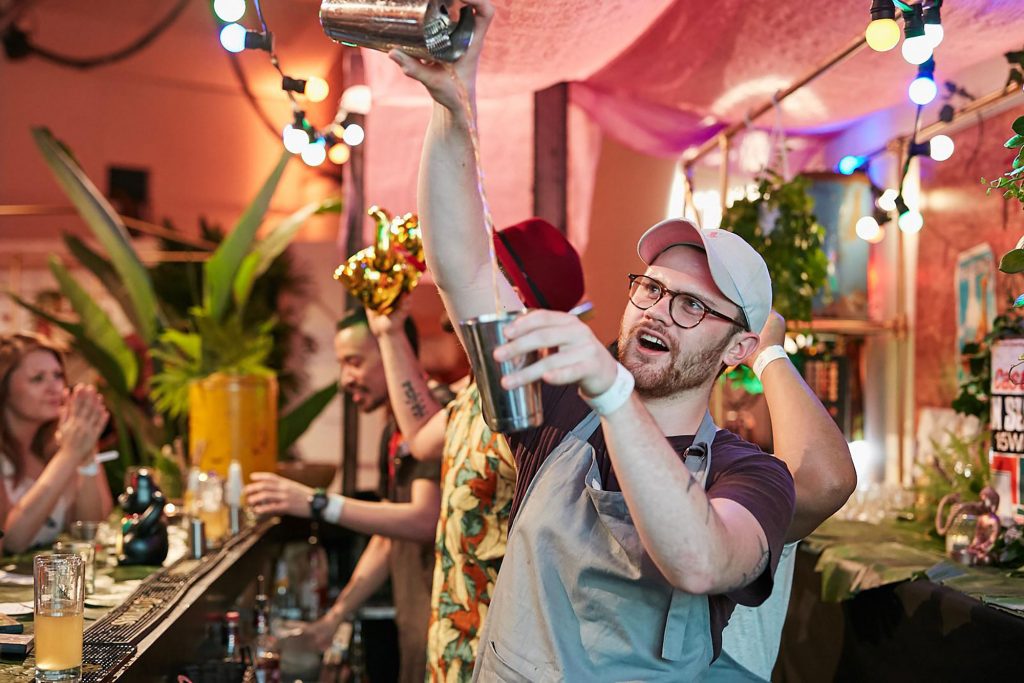 A bartender. Playing around with different styles.

Along with typical cask flavours like vanilla and caramel, you might find subtle hints citrus, for example, or green, floral notes. In the resulting cocktail, the core flavour profile of the whisky plays against these background elements, Wilson says, “flavours you wouldn’t necessarily associate with traditional whisky cocktails, which is really cool to see”.

Has growing global interest in cocktails (coupled with bartender creativity) transformed the way whisky-makers age or bottle or talk about their liquid, I ask in earnest? While there are many aspects that drive distilleries to release new products, Wilson says, the growth of the cocktail industry has played a huge role in encourages distillery managers and blending teams to look towards more experimental whiskies.

“At Chivas, we’re in the most experimental and creative era we’ve ever been in,” he continues. “From 1938 to 1997, we only had the 12 Year Old as our flagship. Then Colin [Scott, master blender] release the 18 Year Old. Ten years later, the 25 Year Old. Then Chivas Extra, Chivas Mizunara, and now Chivas XV. New people are discovering the category all over the world every single day and it’s on brands to cater to that. You can’t just sit on your hands and keep pushing out the same stuff, you’ve got to move forward.” 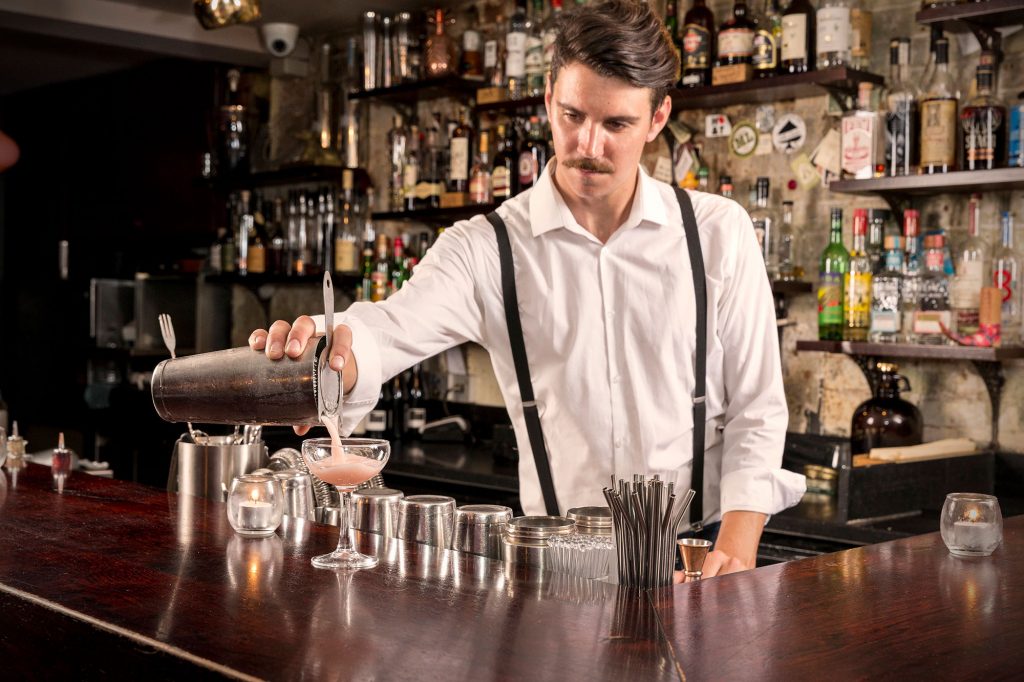 Australian native Rhys Wilson was victorious in the 2017 edition

Join Wilson and fellow judges Monica Berg of Tayēr + Elementary, Alastair Burgess of Original Sin and Marcis Dzelzainis of Fare Bar & Canteen at the Chivas Masters Cocktail Clash at London’s Oval Space on Thursday 29 August, where you can sample contenders’ cocktails and vote for your favourite. Find out more information here.

Update 29 August: A winner has been announced, Sebastian Cichowlas from The Netherlands. According to Chivas, “Sebastian impressed the expert panel of judges through his flair for creativity, exceptional leadership and a winning pop-up bar concept. Working alongside a team of four other bartenders, the collective transported the public to an 80’s dance studio with its pop-up bar, Pirouettes, complete with neon lights, vibrant colours and vintage records.” Congratulations Sebastien!