Cocktail of the Week: The Irish Coffee

Henry Jeffreys
No Comments on Cocktail of the Week: The Irish Coffee

Now that the nights are drawing in, and summer is a distant memory, it’s time to get out those woolen socks, fire up your wood-burning stove and make some Irish Coffee. John Quinn from Tullamore DEW is on hand to explain everything.

It would be hard to think of a more incongruous setting for a talk on Irish Coffee. We were by a swimming pool in a villa in the hills above the Catalan resort of Sitges. It was May and the temperature was already in the high 20s (degrees centigrade). Oh, and almost everyone had had very little sleep. This didn’t deter John Quinn, brand ambassador for Tullamore DEW, who gave us an amusing history of the drink, and then, naturally, served up the hot, boozy, creamy concoction.

We were there for the annual conference of the European Bartenders School (EBS). Quinn is something of a legend in Irish whiskey. Indeed he was greeted by the team from EBS with great reverence. He’s been with Tullamore DEW since 1974 and in December was voted vice chair of the Irish Whiskey Association. 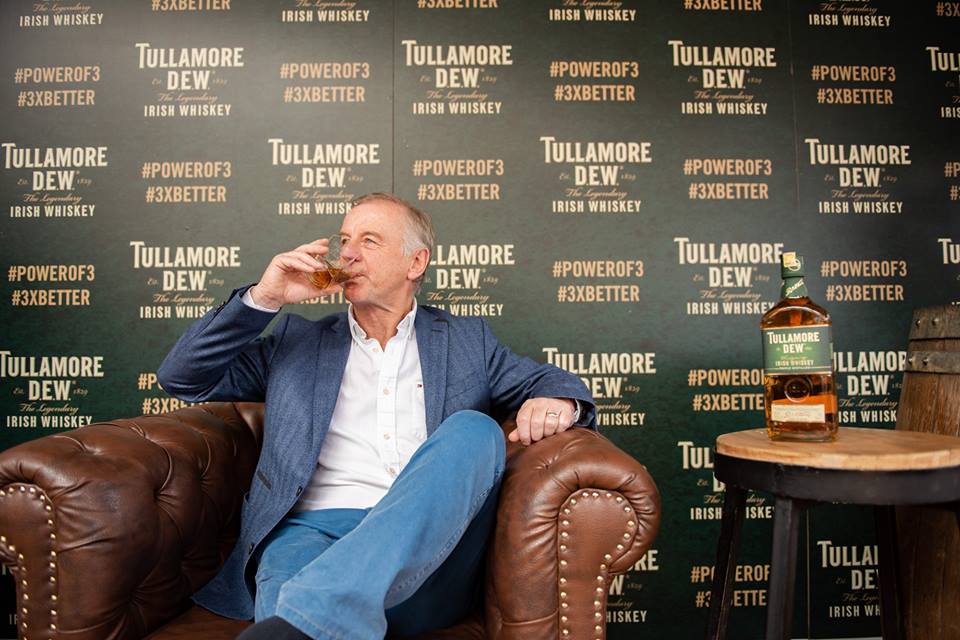 Before showing us how to make the perfect Irish Coffee, Quinn admitted that he had a bit of an ambivalent relationship with the drink because until recently many bars only kept Irish whiskey for this purpose. But at the same time, he noted how important Irish Coffee was in the survival of Irish whiskey during the dark times. Its popularity meant that (nearly) every bar and restaurant in the world had to have a bottle of Jameson or Tullamore for when the inevitable call for a postprandial boozy coffee came in.

Interestingly, according to Quinn, the drinks creator, Joe Sheridan, also got a bit sick of his creation. Quinn’s version of the story goes a bit like this: some time in the 1950s a planeload of Americans had to land at Foynes Airport in the west of Ireland (in some versions it’s Shannon). It was freezing cold so the bartender there, Sheridan, made some coffee with whiskey and cream to warm up the stranded passengers. A classic was born. Then an unlikely-monikered American journalist called Stanton Delaplane tried Sheridan’s invention, and brought it back to the Buena Vista Cafe in San Francisco where it became the house speciality. Sheridan later emigrated to America and worked at the Buena Vista but quickly became bored with having to make his creation all day every day; he left after three months and was never heard from again. Nevertheless, the Irish coffee proved a lifeline to the Irish whiskey industry which was struggling at the time.

As you’d expect from such a ubiquitous drink, it’s often made very badly with stale or even instant coffee, and aerosol cream. To make it properly, always use freshly-brewed coffee, from a cafetiere or filter, and proper whipped cream. And then which whiskey to use? Well, Quinn used Tullamore DEW obviously but any smooth, sweet Irish whiskey will do – like Jameson, Powers or Black Bush. Under the burning Catalan, it tasted damn good. 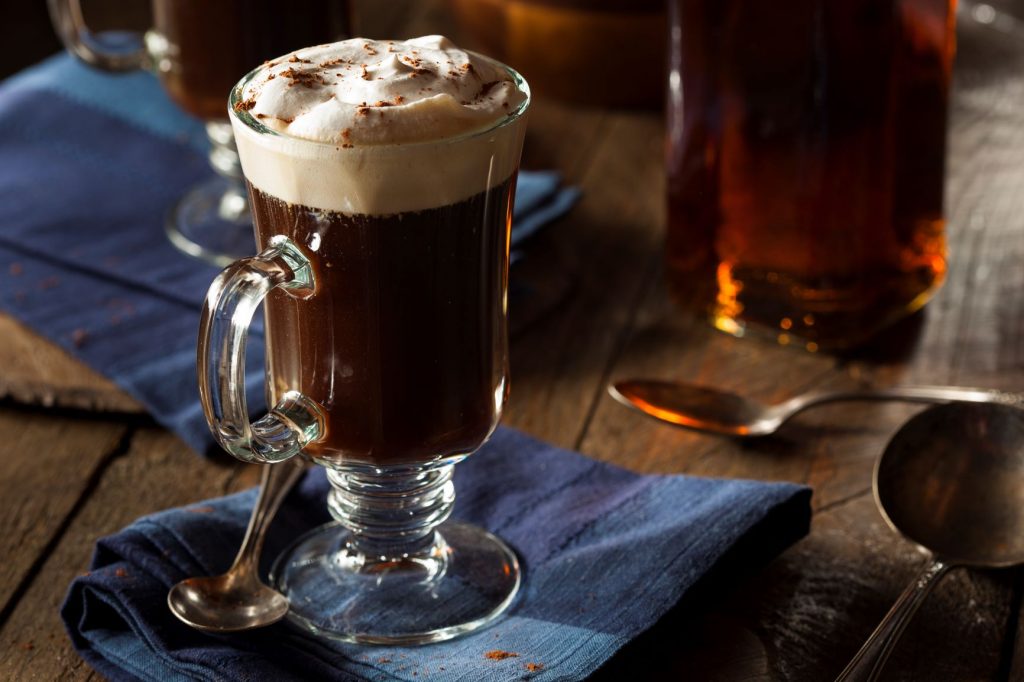 First whip your cream, not too thick because you want to pour it so that it settles on top of the coffee. In a large toddy glass add the whisky, the coffee (and sugar if you’re using it) and stir. Warm the cream very gently and then pour it over the bowl of the spoon into the coffee. You can garnish with some chocolate flakes or a grating of nutmeg. Serve immediately.

Grab an incredible deal on these Gin Twins!