St. David’s Day is a day of celebration of both St David’s life and of the Welsh culture, so why not enjoy the festivities this year with a wonderfully Welsh tipple?

March 1st isn’t just the first day of spring, but a very special day in the Welsh calendar – St. David’s Day, of course! To some it might be the country of daffodils, unpronounceable towns and Sir Tom Jones, but to us here at MoM Towers, we see a land with a long and notable history of alcohol production and a modern industry that is currently booming. Whether it’s craft beer, climate-defying wines, sublime gins or the emerging array of fab Welsh whiskies, there really is something for everyone.

St. David’s Day is the perfect time of year to check out the results for yourself. Whether you’re a non-Welsh person looking for something new or a Welsh native that wants to champion and reconnect with their roots, you can toast the country’s national day with a local tipple. Cooking up a feast of leek dishes accompanied by lamb, mutton and Welsh cake isn’t the only way to mark the occasion. Take a look (sorry) at these delectable St. David’s Day drinks that we’ve selected to celebrate the patron saint of Wales. 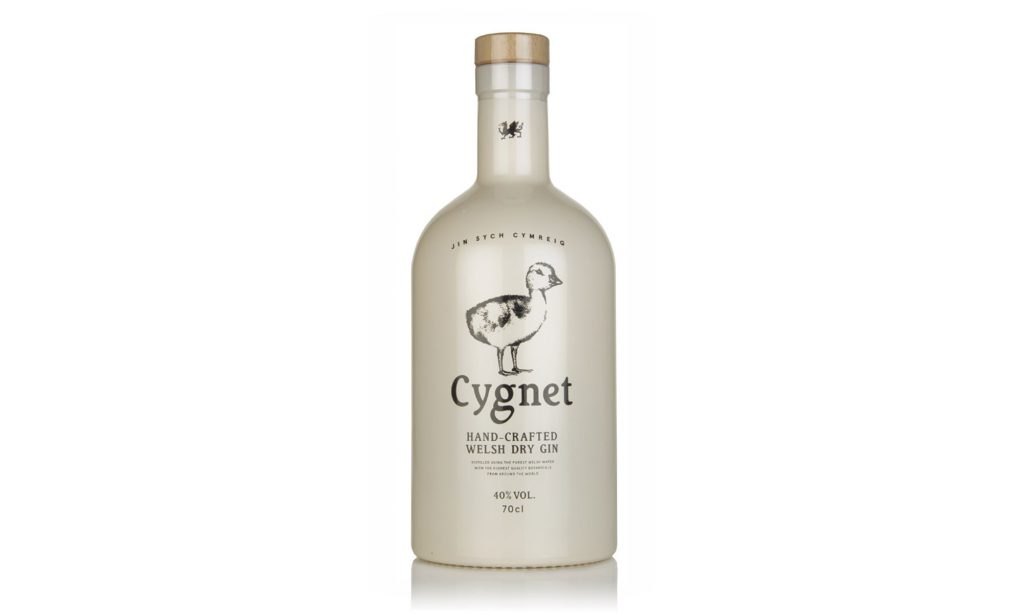 Floral at first, with chamomile playing a big part on the nose. Fresh citrus peel give it a vibrant palate, joined by a bite of juniper and coriander spice.

A fantastically fun and fruity tribute to the Welsh emblem and pride of the Welsh flag, The Red Dragon is a punchy, patriotic serve that’s incredibly easy to make. To create, simply add 30ml of Cygnet Gin, 30ml of Grand Marnier, 25ml blood orange juice, 25ml lemon juice and 3ml grenadine in a chilled glass together with ice. Shake well and then strain the mix into a chilled glass. Garnishing with an orange peel and belt out a resounding edition of Hen Wlad Fy Nhadau should you be so inclined. 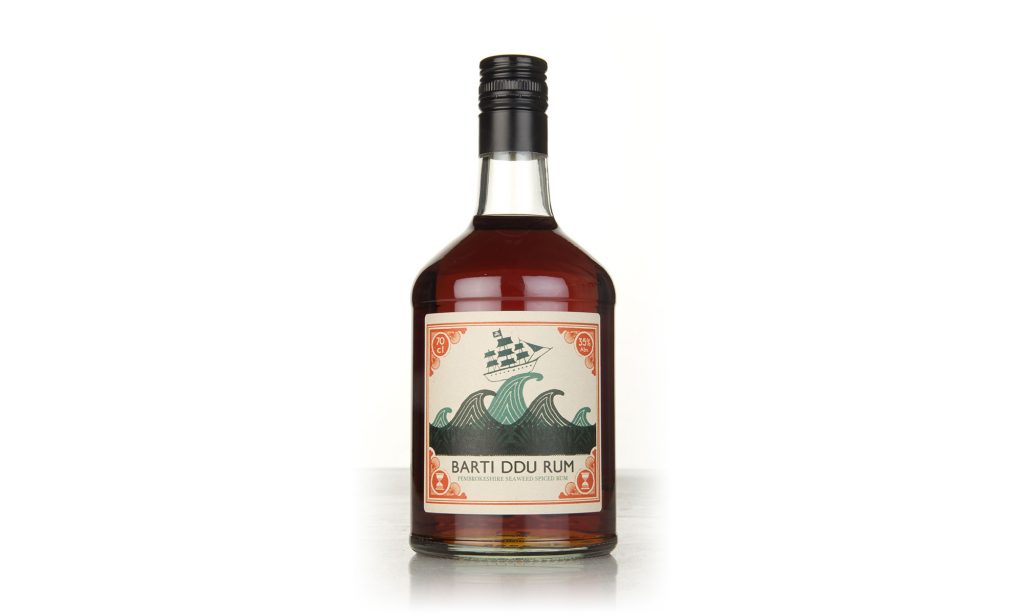 Who doesn’t love the modern classic that is the Espresso Martini? This Barti Ddu take on the serve is designed to make you ‘Pistol Proof’, something Barti Ddu himself was known for. To create, put 30ml of Barti Ddu Spiced, 35ml of St. George Nola Coffee Liqueur, 25ml of Reyka Vodka, 25ml of sugar syrup and lastly 25ml of fresh espresso into a cocktail shaker with ice. Shake vigorously for 20 seconds before straining into chilled Martini glasses (20 minutes in the freezer should do it). Dust with nutmeg, then try to avoid any terrible pirate impressions as you serve. 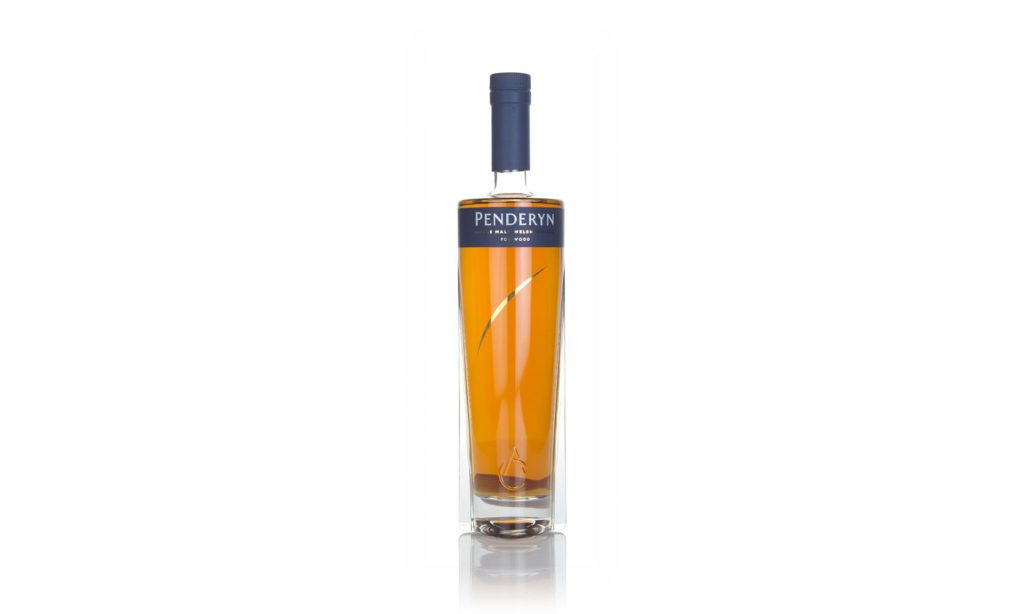 Penderyn managed to forge itself quite a reputation for producing some mighty fine single Port cask releases, so it was only a matter of time before the Welsh distillery created a single malt bottling for its core range. The whisky, which was initially matured in ex-bourbon casks and then in Portwood casks, received recognition in Jim Murray’s Whisky Bible in 2018 with a Liquid Gold Award.

A toast to good health, the Iechyd Da is a simple but effective way to make great use of this delicious Welsh whisky. To create, simply pour 50ml of Penderyn Portwood, a bar spoon of Welsh honey, 10ml blood orange juice, 2 dashes of Angostura Orange Bitters and ice into a tumblr. Stir vigorously and garnish with a twist of orange peel. Serve and try to pronounce ‘Iechyd Da’ correctly (yeah-ch-id dah). 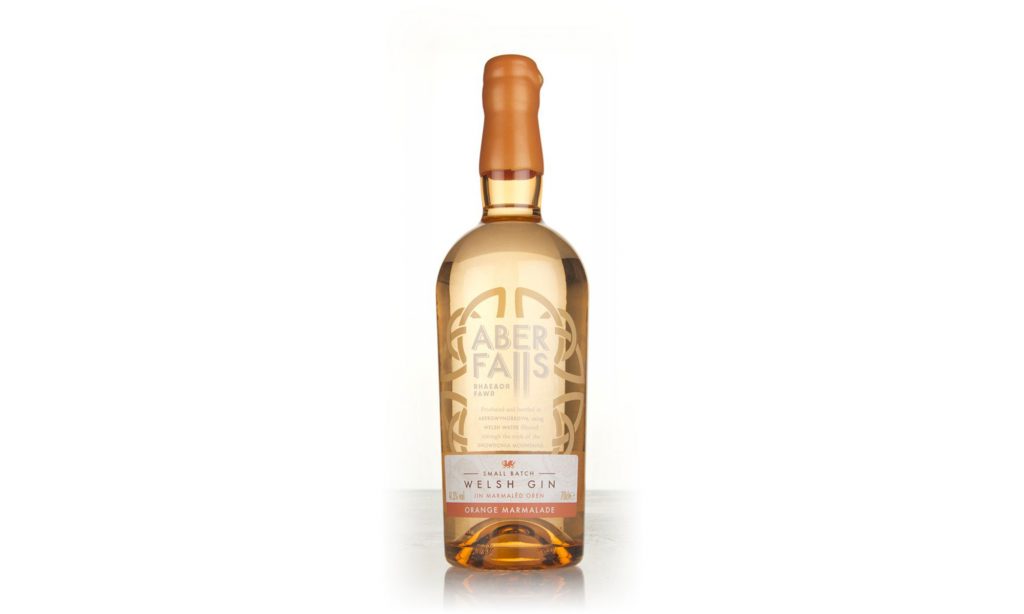 Aber Falls is North Wales’ first whisky distillery in over 100 years and we’re big fans, as you can probably tell from this blog post. While whisky stocks mature the brand has released a slew of seriously tasty liqueurs and flavoured gins such as the Aber Falls Orange Marmalade Gin, which may well be as good on toast as it is in a Citrus Fizz…

Fresh orange juice, with a punchy kick of dried juniper. A bit pithy at points.

We decided to go with the Citrus Fizz here and not toast for reasons we’re sure you’ll understand. This cocktail is as refreshing as it gets and it couldn’t be simpler to create. In a chilled glass add 25ml of Aber Falls Orange Marmalade Gin, 50ml of dry white wine (something like Isabel Marlborough Sauvignon Blanc 2017), 75ml of soda water and plenty of cubed ice. Stir well and then garnish with orange zest. Serve and figure out how to actually pair gin and toast together later. 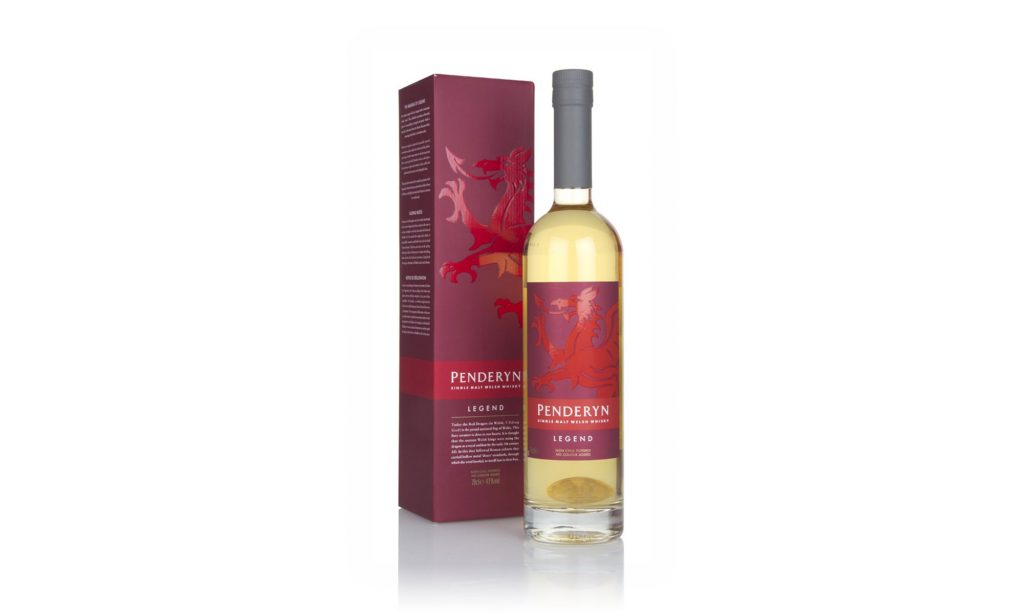 If you want to toast the patron saint of Wales with a great Welsh whisky, then one with the red dragon proudly adoringin the label seems a sensible choice. Penderyn Legend is another rather tasty Welsh single malt whisky from the brand, who matured this spirit in bourbon barrels and finished it in ex-Madeira casks. It’s received a slew of awards, including Gold at in the European Single Malt – Premium category at The World Whisky Masters (The Spirits Business) in 2018.

This recipe was actually created as part of a St David’s Day celebratory menu in Donovan Bar, London by bar manager Armand Wysocki. All you need to do to create your own interpretation is add 50ml of Penderyn Legend, 25ml of Noilly Prat Original Dry, a dash of Angostura Orange Bitters and a dash of sugar into a Martini glass and stir well. Garnish with a lemon twist and raise a glass to Dewi Sant (St. David)! 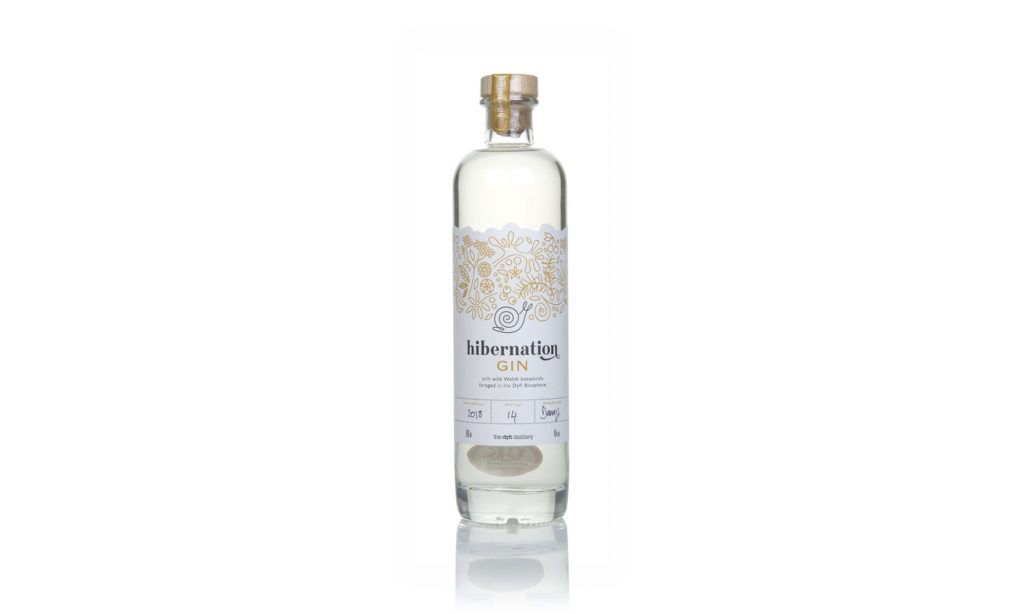 From Dyfi Distillery comes the delicious Hibernation Gin, which was crafted with some fantastic foraged ingredients including bilberries, crab apples and blackberries. Post-distillation the gin spends time maturing in white Port casks from the legendary Port house Niepoort.

Add a dose of hearty Welshness to this Italian classic by combining 25ml of Hibernation Gin, 25ml of Campari and 25ml of Martini Rosso vermouth together in a cocktail shaker. Shake well with cracked ice and strain into a chilled cocktail glass. Garnish with a twist of orange peel, grate some fresh ginger on top and serve alongside a wholesome helping of cawl. 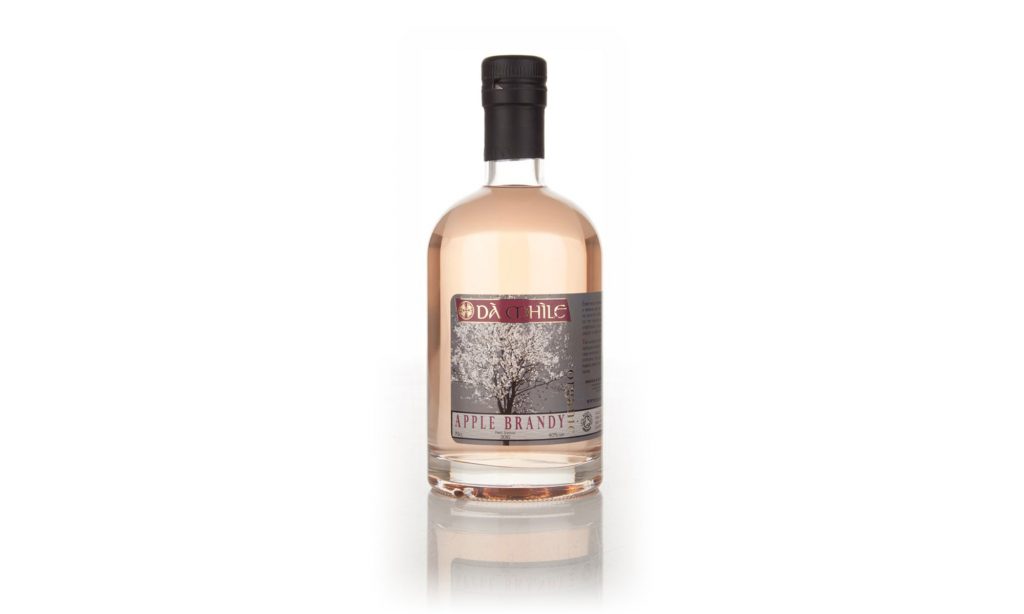 Dà Mhìle is another very impressive Welsh distillery with a range of interesting products, including this organic Apple Brandy. It’s crafted using wild apples from the brand’s own farm and nearby valleys, which were first made into cider and then quadruple distilled. The spirit was then matured for a year in barrels which has previously held French red wine.

The Old-Fashioned gets a gloriously autumnal makeover here in this tasty serve. To make, start by stirring together a teaspoon of maple syrup with a few good dashes of Angostura Orange Bitters in an old-fashioned glass. Then add ice and 80ml of Dà Mhìle Apple Brandy. Garnish with a wedge of green apple and serve. 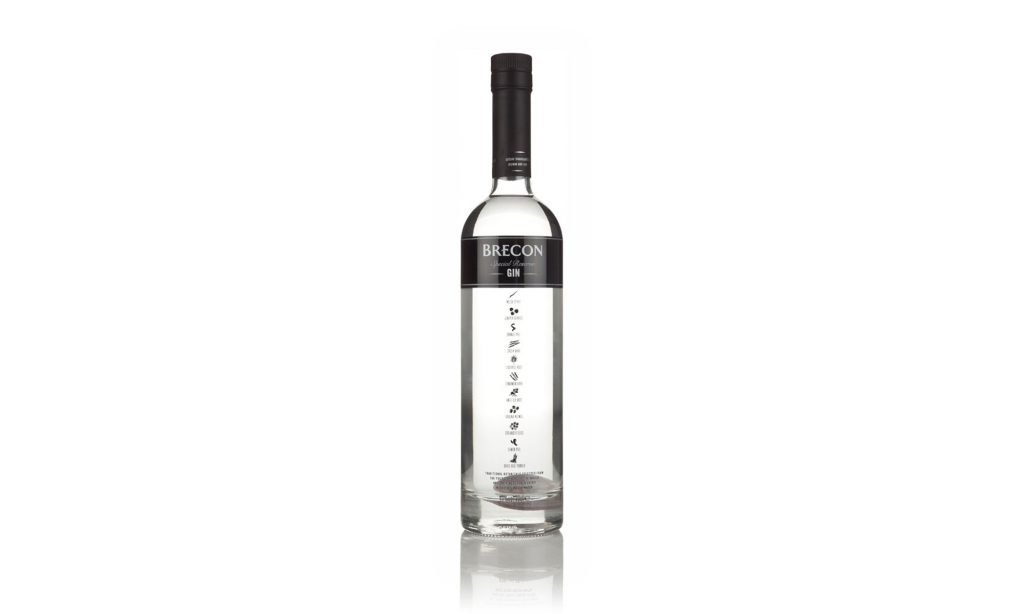 Martinis are such a versatile and tasty serve. This edition adds a little smokiness via a tasty Welsh whisky. To make, you just need to pour 75ml of Brecon Special Reserve Gin and 5ml Penderyn Peated Whisky into a Martini glass filled with ice. Stir well and then garnish with a fresh lemon peel, or a bit of leek if you’re feeling particularly patriotic/brave. 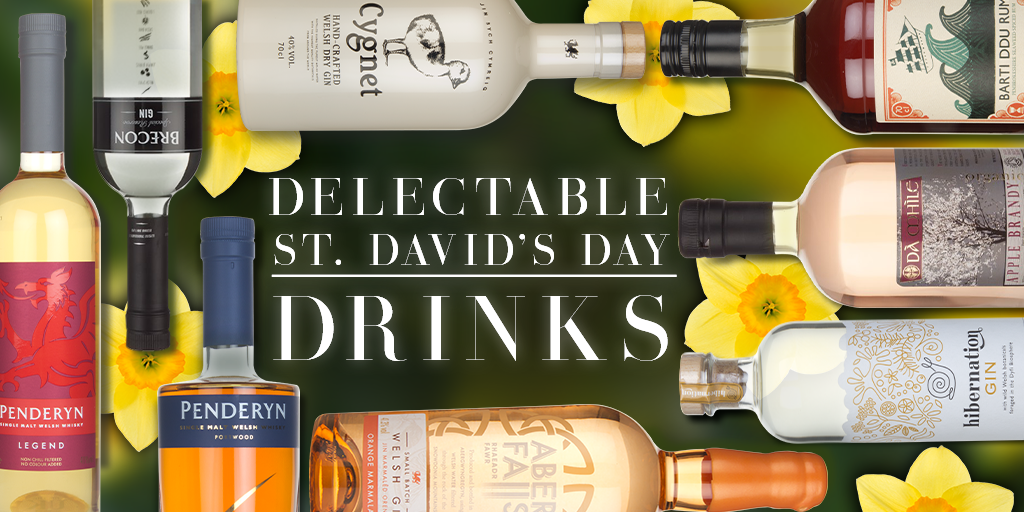