This range was born almost 6 months ago with the release of the initial ‘Reference’ Blended Malt Whiskies I, II, and III, and have received some lovely reviews from all over the web – not least of which from Serge of Whiskyfun who rated the initial batch from 83-88 points.

The theory is initially simple – we took 4 components (2 blended malt and 2 single malt), and as the range progressed from I to III, the proportion of older whisky went up. This was designed to give us all an insight into the way that age affects whisky.

Today, however, is where it all really starts to get fun.

As promised – we’re releasing the first of the ‘extensions’ to the series. These extensions are designed to give us all an insight into the way that Whisky is influenced by some of the processes commonly used throughout the industry.

The kicker here is that you’re going to be able to experience the way that the process influences a defined base whisky. A ‘reference’ whisky, if you will.

The first of the processes is probably one of the most common employed throughout the industry – Sherry Cask Finishing.

As you can see from the helpful back label (pictured below), we’ve finished approximately 1/3 of the blend in a fresh, brand-spanking-new 50 litre Pedro Ximenez Sherry Cask. This lends the whisky all the traditional aroma and flavour compounds associated with Sherry Casks – Christmas Cake, Orange, Cinnamon, Clove, Allspice, Dark Chocolate, and all that other good stuff. The effect in this extension is to ‘round out’ the flavour profile – the whisky becomes bigger, more muscular, sweeter, and well, just, better. There’s a reason sherry-finished whiskies are so popular…

We resisted the urge to finish the whole lot in Sherry for this release, as this isn’t particularly common-practice in the scheme of things. For you Sherry-heads out there though (and I count myself firmly in this camp), we will certainly be releasing an extension in the future which uses 100% Fresh Sherry.

Nose: Straight into fruity teacake on a richer nose than the Reference Series I, lemon curd, sultanas, dried apricot, a bundle of oats and a touch of menthol.

Palate: Retaining that slightly effervescent mouthfeel, but not so much of the bready Champagne notes from I, it’s a subtle palate with hints of white raisins, cedar, Pinot Grigio and just a hint of nuttiness.

Finish: Dry with hazelnut notes coming into their own before leaving you with more notes from the palate.

Overall: Finishing approximately 1/3 of this whisky in fresh PX casks has introduced new notes and richness with light dried fruit and nutty notes adding to an already delicious blended malt.

Nose: Instantly darker than II, more dried fruits and cocoa than those juicy fruits whilst golden syrup takes the place of some of the honey. More classic meaty Sherry character and less ethereal notes. Green wood and double cream are in support.

Palate: Thick and heavier than II; less nimble. It’s also as if the finish and palate have swapped during the Sherry finish too, with the full Black Forest gâteau notes developing on the palate with dark cocoa.

Overall: The intensity and dark Sherried notes have been turned up here, but as this is the Reference Series you don’t have to take our word for it. Taste for yourself exactly what influence finishing approximately 1/3 of this whisky in fresh PX casks has had…

Nose: Creamy with fresh berries, macadamia and Ferrero Rocher. The coffee bean, calves leather and rich toffee from III are all there too before more perfumed notes emerge, crème fraîche and fruit and nut.

Palate: Even thicker and chewier than III, you need a fork for this. Dates and raisins again, with a little more prune but it’s all wrapped in chocolate still. Great intensity.

Finish: Thick chocolate, cocoa mousse, coffee cake and the faintest suggestion of mint but the herbal notes have been dialled down in favour of darker notes throughout.

Overall: Another fantastic .1 release from the Reference Series. With approximately 1/3 having been finished in fresh PX casks, III.1 achieves incredible intensity.

The second process is one that will be very familiar to those with a penchant for peat*.

We’ve very simply added a healthy slug (10%) of Peated Whisky to the blend. For those of you who are keen on knowing a bit more about that peated whisky – I can tell you it’s from Islay, it’s very heavily peated, and it’s neither remarkably old nor remarkably young.

As you can see from the back-labels, we’ve simply compressed the proportions of the other whiskies in the blend, rather than sub. any proportion of one of them out. This is the format that all future ‘additions’ of liquid will take, so as to standardise the variables as far as is possible.

The effect of the peat on the blend is, we think you’ll agree, pretty awesome. It’s not overpoweringly smoky, but you certainly know it’s there. I’ve always referred to peat as the seasoning of the blending world – the salt and pepper if you will. In this instance we’ve turned it up so that the smoke is prominent, but not overdone.

Nose: A sack of perfumed malt sat on a harbour quay, custard and salted butter, flaxseed oil and Jelly Tots.

Palate: Mouthfilling and slightly effervescent all at once, roasted chestnuts, chardonnay and flatbread with a hint of smoky baba ganoush.

Finish: Well-rounded with seeded bread and clean oakiness as well as lingering smoke.

Overall: This is still part of the I family alright, but Islay has also left its impression on the finished whisky, see how 10% peated single malt has affected the overall character.

Nose: Juicy and honeyed with a hint of blue cheese that develops as both the meatiness from II and more elemental coastal notes including harbour ropes and seaweed. Well rounded with an almond cake note too.

Palate: Quite meaty again but with less overt Sherry influence than II. Dried apricots and mixed nuts are far more prominent than cherries and chocolate, but they are still there.

Finish: Slightly smoky, nutty oak goes on and on with just a hint of cherry ice cream.

Overall: Blenders always tell us that a little peat goes a long way and the 10% of peated Islay whisky included in II.2 has a huge influence. It is still very much part of the Reference Series II family, however.

Overall: Yeah, that’s alright that is. (Massive understatement.) Like III, this has a significantly higher proportion of old and very old single malts, but with the introduction of some delicious peated whisky. The result is stunning.

For the final extension – we’re seeking to settle one of the biggest and most heavily-waged arguments in the history of whisky. Caramel.

You’ll notice that the whiskies are noticeably darker, but we’ve not taken the piss – they’re coloured (additionally) to around the level that most ‘entry-level’ blends are.

Oh yes – and on the advice of our legal team… The reason we’re releasing this bottling is simply to standardise the colour of this particular part of the range (the .3 extension), as this is the only allowable use of Caramel Colouring. Standardising. Yep. That.

Now – there is somewhat of a side-effect of this striving for standardisation in this sub-set of the range – we can explore whether it’s possible to taste the caramel in the whisky. This is simply a side-effect though. All clear? Good then.

For those of you who read the blog regularly (and have done so for many years) you might remember that we explored this subject in some depth back in 2011 here. Now on that particular day, we weren’t even able to detect the presence of Caramel in *water*, so the chances of being able to detect it in a glass of (infinitely more complex) whisky seem remote to say the least. You be the judge though – I look forward to loads of double-blind trials popping up on blogs all over the place in due course.

Just so there aren’t any nasty accidents, you’ll notice that we’ve subtly marked each of the bottles with a secret signal that it contains Caramel**.

Nose: Custard cream biscuits shine through initially with fragrant, almost soapy malt developing – or is that the Jelly Tots from Reference Series I? There’s a menthol edge, and notes of distant muscovado and cooked apples.

Finish: ight, fairly crisp, hints of apéritif wine, but perhaps more Lillet than the dry vermouth found in I, or are we splitting hairs now?

Overall: Clearly much darker in colour compared to Reference Series I thanks to the e150a, but what can our other senses tell us? Many of the same notes are unsurprisingly present but is there a difference? We’ll leave the final judgement up to you.

Nose: Sweet barley, orange and buttercups, as well as some cakey-ness – all notes from II, but are they coming through differently? Given a little time in the glass the juicy fruits that led the nose of II do emerge as well.

Palate: More fruit now with that old fashioned Sherry influence that permeates II. Chocolate develops towards the end with some rich oak.

Overall: Very similar notes to II here, as should be expected with the only difference being the addition of e150a. Are there differences at all? Try tasting them blind (which, due to the difference in colour may actually have to involve a blindfold) and let us know what you think…

Palate: Thick and chewy with calves leather and crumbly chocolate. Juicy dates, Corinth raisins and a touch of subtle mint.

Overall: The only difference between this and III is the addition of e150a – has this led to any differences between the two releases at all? Or not? Try them side by side and discover the answers for yourself…

Tell you what though – the liquid in those last three does look good, doesn’t it?

Expect the next instalment of extensions sometime early in 2015…

*Sorry – came over all @TheWhiskyWire for a second there…

**When I’m voted into power, this shall be the international requirement for labelling Caramel-coloured whiskies.

Master of Malt @MasterOfMalt
5 hours ago
Remember when we gave you a chance to win lots of amazing @DarknessWhisky? Well, somebody has done just that. And so now it’s time to announce our winner! 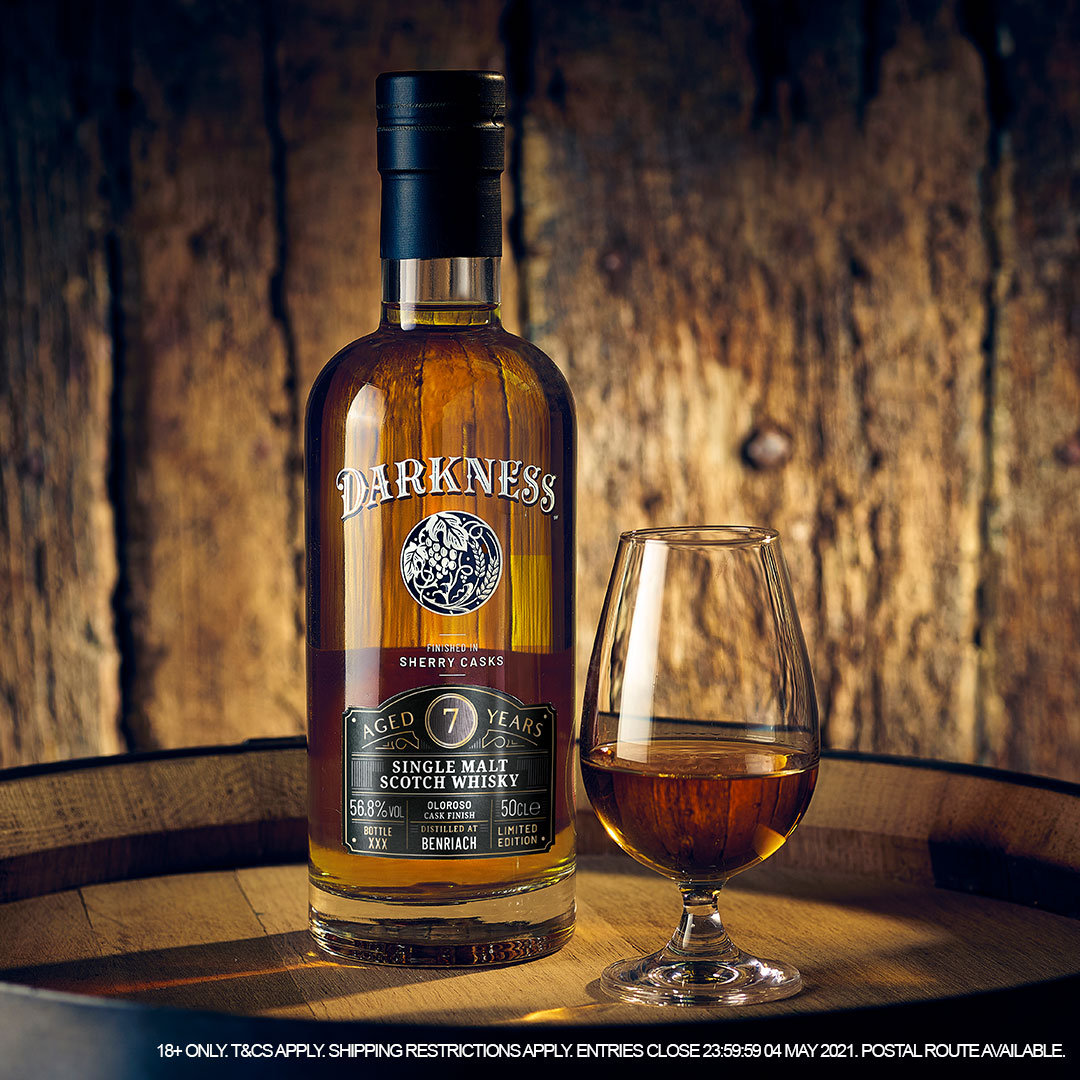 Master of Malt @MasterOfMalt
7 hours ago
Our #Cocktail of the Week is a potent mixture of rye, apple brandy and Chartreuse that was created at the Diamondback Lounge in Baltimore. It’s called… the Diamondback! https://t.co/lgFHyFPCaU
View on Twitter
0
1

Master of Malt @MasterOfMalt
9 hours ago
Fancy getting together (virtually) for a #gin on Tuesday? Great! We'll be joined by none other than Simon Ford of @FordsGin, and he's promised to tell us all about his legendary Freezer Martini – see you live on Instagram at 7.30pm! 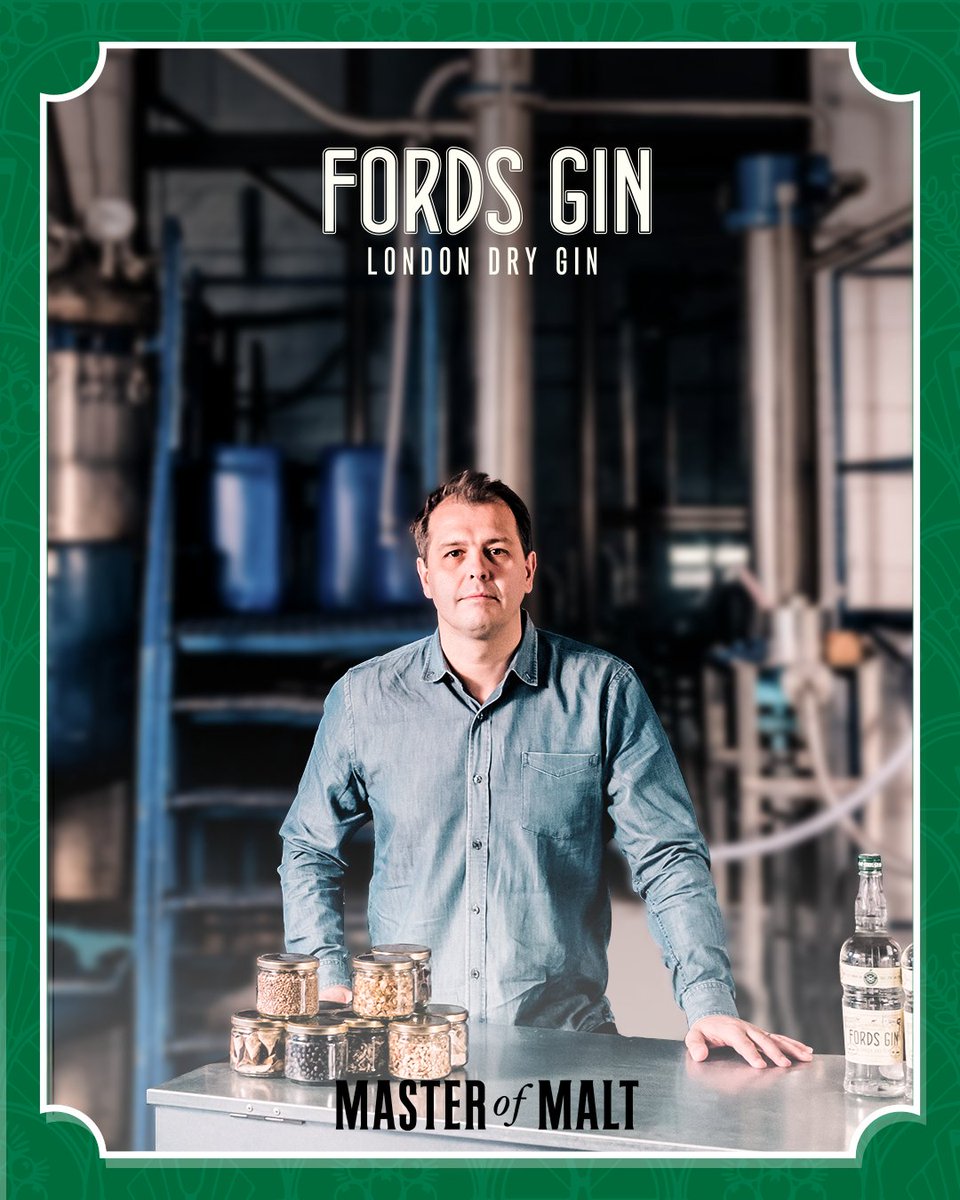