Poitín is the star at new Dublin bar 1661

Poitín is a spirit usually associated with shebeens, rebels and criminal activity, not fancy cocktails and swanky decor. But that is now changing: Nate Brown investigates a Dublin bar that is taking Ireland’s original spirit upmarket.

Dublin is no stranger to the concept of revolution. Yet, with hindsight, the peaceful corner of Green Street and Little Britain Street in the unpopular Smithfield area of the city seems like an unlikely place to make a start. It is here, in an old dingy drinking den that Dave Mulligan is looking to transform not just the venue, not just the area, but to redefine industry views of Dublin as a cocktail powerhouse.

“This used to be what you might call an unsavoury bar. We found like 250 spent heroin packets in the basement,” pronounces Mulligan, “and you see that building across the street? That’s a dry hostel. Loads of people warned me off the area. It’s the wrong side of town.”

Needless to say, this didn’t stop Mulligan from acquiring the site for his latest bar venture, and his first permanent offering in Dublin. 1661 is a cocktail bar with a strong penchant for the nation’s own spirit – poitín, which alongside the likes of Irish Single Pot Still was recently granted GI status by the EU.

“But I look around and I see the park, the church that will forever be our backdrop, the fruit markets – what an amazing thing to have the doorstep of a cocktail bar – daily, seasonal shopping. We got so much press from our pop-up that it confirmed to me there was an appetite for what we’re bringing. Dublin needs a bar like this.”

The name refers to the year when Ireland’s colonial rulers placed a market ban on the production of homemade spirits, or ‘poitín’. Since then, the spirit had descended into folklore. Every Irish expat could get their hands on a bottle, often of dubious quality, without ever knowing anyone directly involved in the production.

Recently however, Mulligan and handful of others have sought to bring poitín back into the spirits fold. Today, Dave’s own brand, Ban, can be found on the menu at the American Bar in the Savoy among a whole host of other prestigious menus. Big players Teeling have released their own ‘Spirit of Dublin’, and are accompanied by an increasing number of smaller producers from all over the island.

“Nobody’s ever given poitín a proper platform. Some bars here might have two, but they don’t do anything about them, people are always asking me ‘where can I drink it in Dublin?’”

Fast forward to this weekend and 1661 is preparing to open its doors to the public for the first time. Mulligan has taken a step away from the purely poitín offering of his pop-up in 2017; the bar is a cocktail bar first and foremost, whilst hoping to deliver a unique showground for poitín. 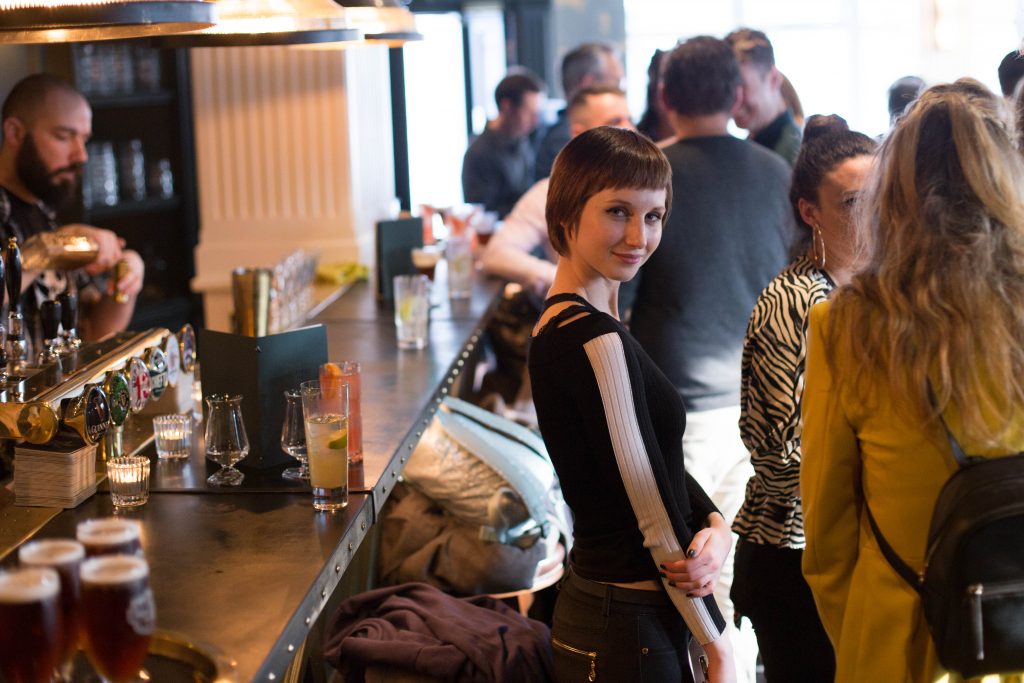 Poitín on the Ritz

Stepping into the space itself feels like entering into a classic cocktail bar in New York or further afield. The walls are dark with clever, gold accentuations, the wooden table tops have been carved from Irish oak and sycamore – the natural cracks filled in with traditional carpenter’s bows. The deep green of the seating is the only obvious nod to the Irishness in the concept. The bar counter is raised to poser height, which combined with the drinks shelves in the windows outside give 1661 an unmistakably continental vibe. The centrepiece of the room is a huge sharing table belying the community feel that Mulligan wants 1661 to evoke.

Unsurprisingly therefore, one of his traits is an eagerness to heap praise on those around him. He repeatedly tells us that he “wouldn’t have been able to do this without Oakheart Joinery.” There are real touches of finesse throughout the space, an upmarket feel that is not expected in a shrine to Ireland’s underbelly spirit. Even Mulligan notes his surprise at the levels of sophistication: “We’ve created the type of bar I’m usually not allowed into”.

The impressive back bar is testament to this sharing ethos: 1661 has a large collection of poitíns, not just Mulligan’s own brand, and many of which feature as strongly as Ban on the cocktail list. These sit alongside some real gems in other categories. Where most Dublin venues align strongly with either Diageo or Pernod Ricard listings, 1661 is fiercely independent.

The cocktails themselves are a collection of whiskey highballs, poitín-based creations and a signature Belfast Coffee made with in-house cold brew and Ban. Luckily for Dave, execution of these is in the well-travelled hands of one of Dublin’s (and London’s) most respected bartenders, Gillian Boyle. Expect lots of wild Irish ingredients, hedgerow fruits and orchard flavours. 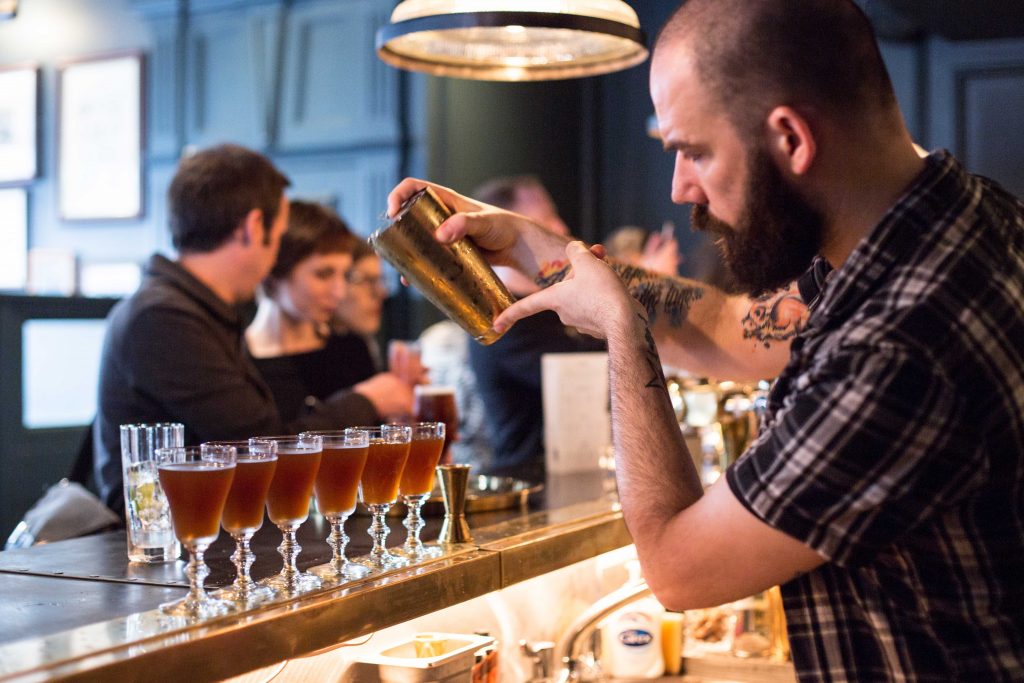 The aforementioned basement has been cleared up, and Mulligan has big plans for the space. He says away from calling it a lab, and instead offers the label of R & D space. There will be vacuum stills to create new spirits, not just deviations on the poitín he so adores.

“I want to be the first bar to transcend Dublin, to feature on the global scene.”

Is Dublin ready? It better be.