Adam O'Connell
No Comments on MoM answers: What is peat?

Peated whisky is incredibly popular. And for good reason. But we’re aware that newcomers to the good stuff might not know that much about the star of the show: peat. Here’s a handy little beginners guide to the smoky and sublime.

Distinctive. Divisive. Delicious. Peated whisky is all of these things. For those of us who know and love it, just reading the word peat can make you think of the smell and flavour.

But we’re sure there are lots of you out there who don’t really understand what whisky folk mean when they talk about peat. It’s not exactly something everyone comes across naturally. And it’s not much to look at. Let’s face it, it looks like a lump of black mud.

But it’s much more complex than that. This is why we’ve decided to break down the beauty behind nature’s greatest flavour brick and explain how it became such a fixture in the world of whisky.

Peat is an organic fuel consisting of partly decomposed plant material that you’ll find in bogs. It’s formed over thousands of years from the slow accumulation of this organic matter (think wood, seaweed, plants or flowers) being squished down and compacted in wet conditions, where a lack of oxygen means the deposits can’t fully break down. That means that today’s peat will have begun life as a plant around the time aliens first put together Stonehenge for a laugh.

When peat is harvested it’s still wet, so it needs to be dug out, cut into ‘bricks’ and dried before it can be used as fuel. In whisky terms, peat is most associated with Scotland, but it’s commonly found in Ireland too (we tend to call it ‘turf’), as well as the US, Canada, Scandinavia, Siberia and even Indonesia.

What does this all have to do with booze? Well, the process of peating spirits truly began with Scotch, although as Annie wonderfully demonstrated here, it’s not the only alcohol to carry the classic smoky profile.

It’s not only Scotland that has peat. This is Irish peat, or turf, as we call it.

Peat was originally used in relation to alcohol as a fuel source to dry barley for whisky. For those who don’t know, during the whisky production process, you need to allow your grain to germinate in water to boost the natural sugar content, which is vital for fermentation as its these sugars the yeast eats and converts to alcohol. However, the grain needs to be dried with heat or we’d have a fully-fledged seedling on our hands.

That heat needs a fuel source. Most of the whisky industry uses coal, electricity, or gas and oil. This is where the history of peat becomes one of necessity. For distilleries in places like Islay, getting your hands on fuel sources wasn’t easy. Trees to cut down were sparse and raw materials like coal needed transportation. The journey to Islay is not exactly a picnic at the best of times. Never mind with great big bloody lumps of coal to haul over.

What these places did have – and still do – is peat. And, while the process began really out of convenience, what whisky makers quickly realised was their unique fuel source was aromatically influencing the resulting spirit. This is all thanks to a family of compounds called ‘phenols’.

Peat has to be cut, dried, and shaped into bricks

As peat is derived from all kinds of plant matter, any number of flavours can form over the years, giving each brick of peat its own profile. As such, peat can also exhibit a kind of terroir, making each whisky even more unique.

Let’s use Scotland as an example. In northern Scotland and Orkney, there tends to be a higher proportion of heather in peat, creating a lighter, sweeter character compared to peat on Islay, which has more coastal and iodine notes typically because here peat is partially formed by coastal minerals and plants (like seaweed, driftwood, Poseidon’s trident, etc.). This singular character is why, despite peat being by no means unique to Islay, it has become intrinsically linked with the Queen of the Hebrides.

Depending on how you process your peat, you can attain different levels of intensity, from full-on dragon’s breath to delicate whispers of smoke. A scale called PPM, which stands for Parts Per Million of phenols, measures this. In theory, the higher the PPM, the smokier the booze will be. What kind of peat is used doesn’t determine the PPM, but how long it’s burnt for does. The longer it’s burnt, the smokier the grain will become, with an average drying time of around 30 hours.

To give you an idea of how this translates to taste, most Laphroaig releases have a phenol level of 45 PPM, while Ardbeg uses malt that’s been peated to 50 to 55 PPM, generally the highest on Islay. That’s until Bruichladdich rolls out its occasional Octomore releases, however, which really are an exercise in making massively peaty malts. It holds the PPM record, with the 08.3 edition containing barley peated to a gasp-inducing 309 PPM.

It is worth pointing out that other factors will determine how peaty a whisky tastes, with the way it’s fermented, distilled, and matured all playing a role. Comparing Lagavulin 16 Year Old and Caol Ila 12 Year Old is a good illustration that phenol levels aren’t everything, because both are peated to a phenol level of 35 PPM, but the latter tastes noticeably less smoky than its neighbour.

PPM is more of a guide than an exact rule of thumb, so if you’re new to peat then you might want to play it safe and stick to the lower PPMs, or even whiskies that were just matured in ex-peaty whisky casks (of which there are plenty). There’s room on that scale for everyone, so be sure to play around and see what you like. Much in the same way that some people will order a Korma, while others prefer a Vindaloo. There are no wrong answers, it’s all about taste and preference.

Embracing the world of peated spirits

We do heartily recommend you give peated whisky a few tries, if you haven’t already. We know that it’s a distinctive flavour that can be abrasive and challenging at first, and we don’t want to give anyone peaty-SD (like, PTSD, only for peat. Oh, forget it). But it’s a category full of culture, heritage, and nature. It’s also one hell of a taste once you acquire it.

Now, if only we had some peated whisky for you to sample…

Master of Malt @MasterOfMalt
1 hour ago
. @BrewDog has been busy, as the Scottish booze producer is about to launch a new range of spirits, made at its shiny new distillery in Ellon, Scotland. 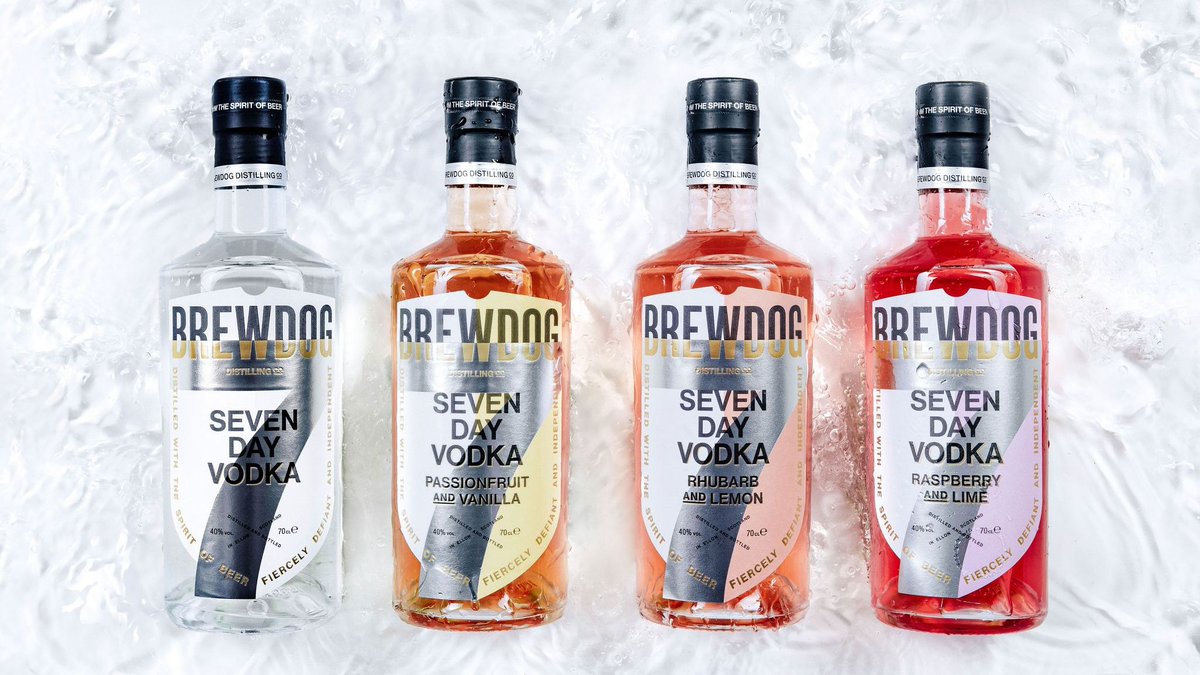 Master of Malt @MasterOfMalt
13 hours ago
You won’t find our New Arrival of the Week anywhere else. It’s a Teaninich 11 Year Old 2010 finished in a sherry cask and bottled exclusively for Master of Malt by James Eadie.

Master of Malt @MasterOfMalt
14 hours ago
We've just launched our brilliant new #Christmas Gift Finder. Let the buying of perfect presents for the drinks lover in your life begin!

Westward Whiskey: a distillery with a brewer’s mentality

Cocktail of the Week: The Sgroppino