Ron Abuelo in Panama makes delicious high-quality long-aged rums. We sat down with their brand ambassador Cristóbal Srokowski to learn more about a Latin American rum brand with a rich history.

Abuelo means grandfather in Spanish. It’s named after José Varela Blanco who came to Panama from Galicia in Spain in 1908. Every bottle bears this date though the family only began distilling in the 1930s and the rum named in his honour was launched in the 1950s.

It remained, however, very much a local thing until recently, as brand ambassador Cristóbal Srokowski explained. About 20 years ago, the Varela family business began exporting to the US and other Latin American countries, and then to Europe. So despite being a grandfather in Panama, Abuelo is more like a young buck in Britain.

Rum can be a luxury

El Abuelo himself is quoted as saying: “Rum has found its position in the world, rum can be a luxury”, so it was appropriate that we met in the oligarch’s wine merchant of choice, Hedonism in Mayfair. The team wants to position Abuelo with the finest drinks in the world, rather than against other rums. Is that confidence justified?

Before we dived into the tasting we enjoyed a glorious cocktail called, appropriately enough, the Glorious Cocktail. It was made by Srokowski, who’s originally from Poland, was educated in Barcelona and planned to be a historian. The lure of the bar proved too much, however. Following a stint at Harry’s Bar in Barcelona where he picked up a love for rum, he joined Ron Abuelo. He has been with the company for so long that he described himself as an “adopted son of the family.” He’s not just a brand ambassador but also involved with new product development. 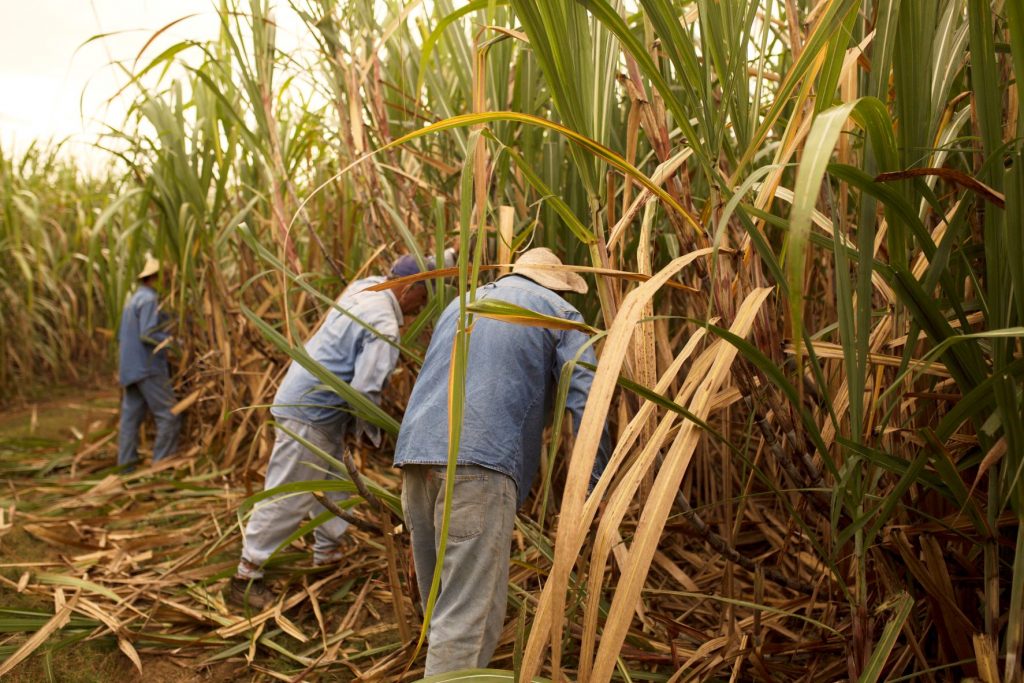 He explained a little bit about the production process. Five different varieties of sugarcane go into the rum which all comes from its 1600 hectare estate near the town of Pesé. Much of it is hand-harvested. Unusually for Latin American rum, both molasses and pure sugarcane juice are used with an 80/20 split between the former and the latter. The two different types of sugar are fermented, distilled and aged separately. Abuelo uses a special in-house yeast derived from pineapple. Fermentation takes place over about 48 hours to produce a 7-8% low wine.

Distillation is done in a 12.5m column still to produce a new make of around 78-84% ABV, low compared with many Latin American rums. This preserves a lot of congeners, 250mg per 100ml, so you get a new make with plenty of flavour.

The two types of distillate are then aged for two years in ex-bourbon casks separately before blending together. The family has casks dating back to 1978, according to Srokowski, only Appleton in Jamaica and Demerara in Guyana have older casks. This means that Abuelo has a lot of mature rum to play around with, largely from ex-bourbon barrels but they do have other casks including sherry, Cognac and others which are used for finishing.

As with Port and sherry, Abuelo’s age statements are averages not minimum so for example the XV contains rums between eight and 43 years old. It’s aged for an average of 14 years and then finished for a further one year. All Abuelo’s rums are blended from different casks except the Centaria which is aged in a solera. 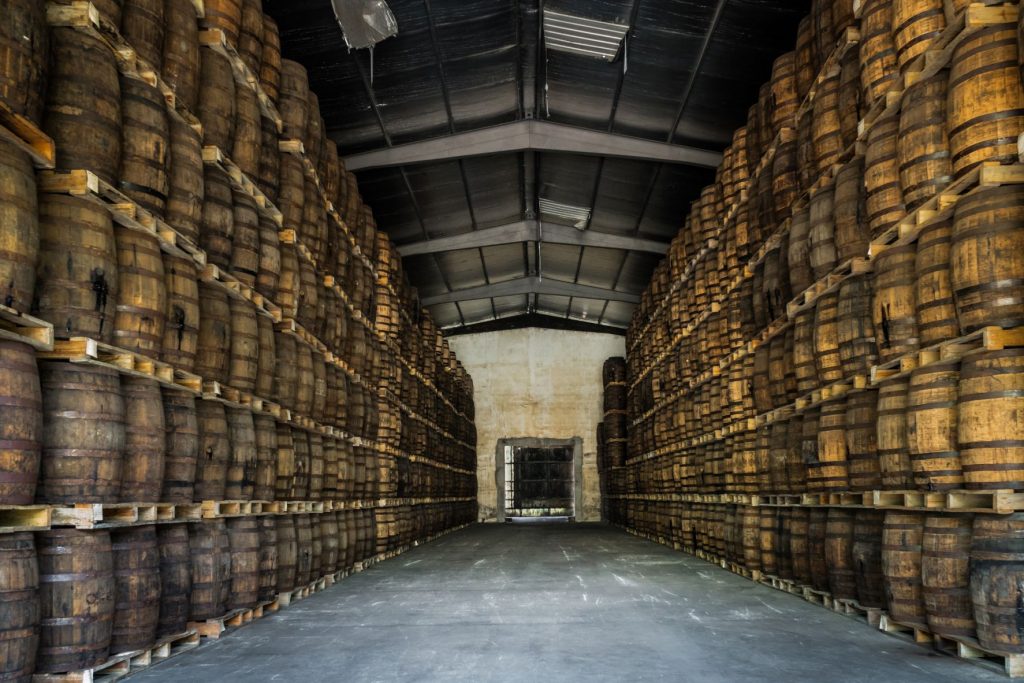 That’s a whole lot of rum

Sweets for my sweet

Overall, I was very impressed with the quality of Ron Abuelo’s Panamanian rum. All of them have a characteristic grassy/ minty freshness that apparently comes from that pure sugarcane element. There is a definite sweetness to them which suggests added sugar. I asked about this and Srokowski replied, a little defensively, that they are sweetened as Cognac is.

Here’s a link to a site that has done tests to ascertain exactly how much sugar has been added to rum brands. Though it is from 2015, before EU laws came in decreeing that rum could not contain more than 20g of added sugar, so it’s not up to date but does give you some idea of how much sugar might be added.

Having got that out of the way, I should say I have no problem with sugar added to rums. I just have to ask, and the Ron Abuelo range is delicious with the sweetness generally really well balanced. But part of me can’t help thinking how amazing it would be if Ron Abuelo followed Diplomatico’s lead and bottled some unsweetened limited edition expressions. Perhaps Srokowski with his NPD hat on could look into it.

Finish: Sweet caramel, not at all cloying though not particularly long.

Overall: A great value rum for sipping or mixing in simple cocktails like an Old Fashioned or the Glorious below. Smooth with lots of flavour and the sweetness is really well balanced.

This is aged in a mixture of ex-bourbon and re-toasted American oak casks, and bottled at 40% ABV. 12 years is the average age

Finish: Quite a bit of sweetness, and the finish is quite short.

A blend of ex-bourbon casks with an average of 14 years. It then spends one year in ex-Oloroso sherry casks. It’s bottled at 40% ABV.

Nose: Dried fruit, raisins and dates on the nose, orange peel and massive aromatics – tobacco, menthol and some grassy notes.

Palate: Tastes quite dry on the palate though there is some added sugar, I think. Citrus and dried fruit and then nuts galore. Walnuts! Brazil nuts! and a touch of honey.

Overall: Like a better class of Brandy de Jerez. Classy. This would be great sipped neat with a cigar.

Aged in a solera system containing over 7,000 casks and contains rums up to 43 years old with a 30-year-old average.

Palate: Lovely fruit on the palate, peaches and apricots, toasted walnuts, woody. Quite a bit of added sugar here, I think.

Overall: I think the sweetness would make it quite a great Port substitute.

How to make a Glorious cocktail

Shake all the ingredients except Champagne with ice, strain into a flute and top up with chilled Champagne.

Click here to see the full Ron Abuelo range at Master of Malt.

Master of Malt @MasterOfMalt
2 hours ago
Explore a world of Wild Spirits, from producers who strive to make a positive impact on the environment, whilst also making super tasty drinks!

Master of Malt @MasterOfMalt
3 hours ago
If you're after some inspiration for the perfect bottle to celebrate with on #WorldWhiskyDay this week, this article in the Scotsman @foodanddrinksco is full of ideas!
https://t.co/RMVD4y31Ap
View on Twitter
0
1

Master of Malt @MasterOfMalt
5 hours ago
A brand new creation from the mind of @HendricksGin master distiller Lesley Gracie has appeared. It’s called Neptunia and it aims to capture the Scottish seaside in a bottle…