Adam O'Connell
No Comments on Get ready for Fèis Ìle 2019!

Looking forward to Fèis Ìle 2019? Can’t get a ticket? Whatever your situation, our selection of some of Islay’s most sublime Scotch means that all can indulge and enjoy!

The Islay Festival of Music and Malt approaches. The highlight of the whisky calendar. Probably the reason we even still bother putting up with May as a month (that and all the bank holidays, come to think of it.)

A hive of whisky-based geekdom awaits. From official distillery days to delightful drams, celebrity dogs and all manner of ridiculously wonderful people, Fèis Ìle really has got everything, and 2019 promises more of the same. If you’re one of the lucky attendees this year, then be sure to keep your eyes peeled, as members of the MoM team will be on Islay for Fèis Ìle 2019!

However, if you’re not able to make the trip this year, then don’t panic. Not only will there be all kinds of content, video footage and social posts from the week to come from MoM, but you’ve still got an opportunity to get your hands on plenty of Islay whisky – like this lovely lot that we rounded up, for example. So go on then, get stuck in and enjoy! 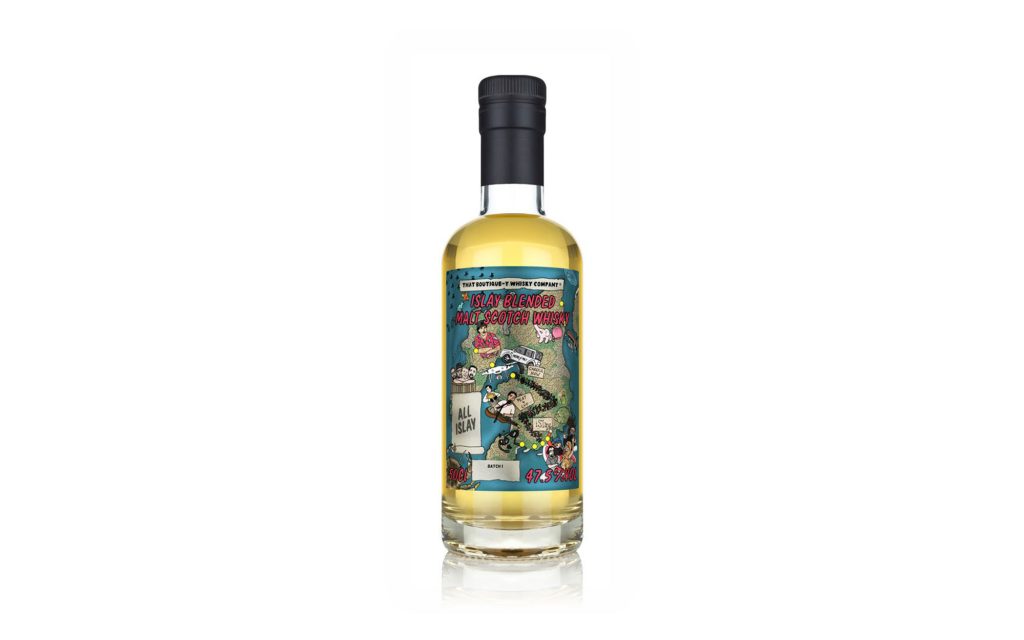 This brilliant blended malt was created by us! That’s right, this year we decided to team up with That Boutique-y Whisky Company to celebrate our trip to Fèis Ìle 2019, and what better way to that than with whisky sourced exclusively from Islay distilleries? The “All Islay” name is something of a giveaway as to which distilleries contributed to this blend, as are those yellow markers on the label that appear to mark with the locations of every distillery on Islay releasing whisky today, including one iconic closed one… 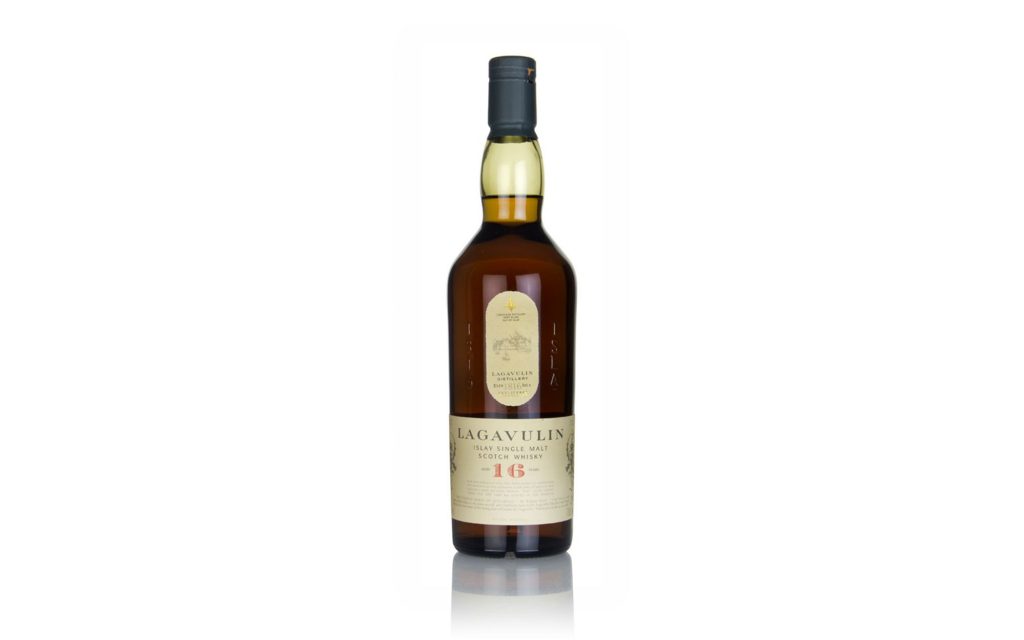 If deliciously rich, intriguing and complex whiskies are your kind of thing, then Lagavulin 16 Year Old may be the dram for you. The pungent, peated and beloved expression is often held up as a benchmark of an Islay dram, for good reason. Oh, and if you’re on Islay, then be sure to order a Smokey Cokey (winner of Best Fèis Ìle Cocktail from last year’s awards). It might sound crazy to some, but you’ll just have to trust us. 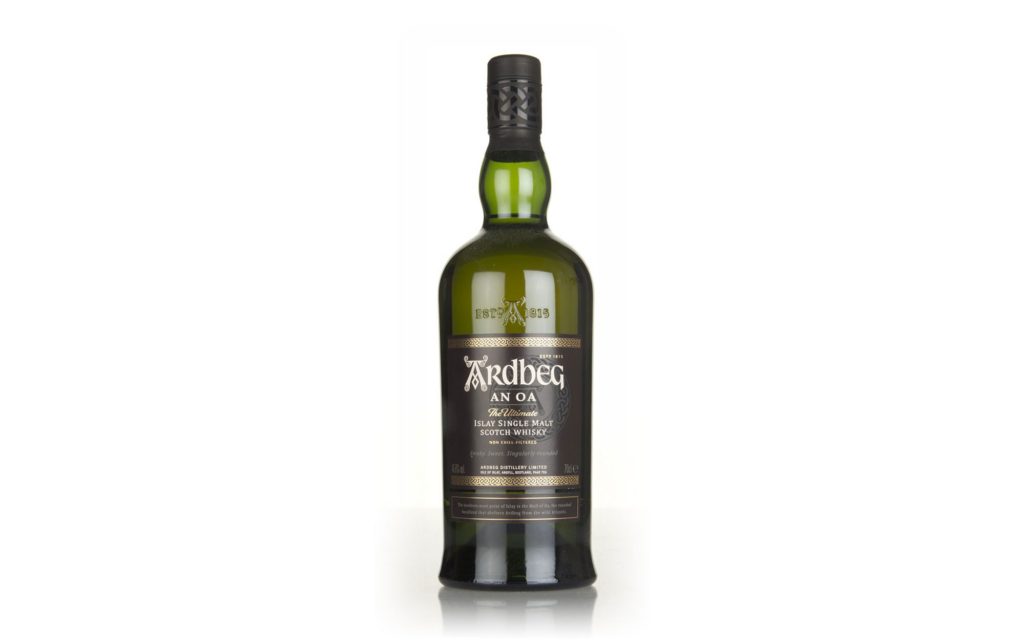 An Oa became the first addition to Ardbeg’s core range in over a decade when it was introduced in 2017 to provide a more mellow, sweet and approachable dram to the distinctive distillery’s selection. Fans need not worry, however. An Oa (pronounced ‘an oh’ and named after the Mull of Oa) has still got plenty of that characteristic Ardbeg style we’ve all come to know and love. 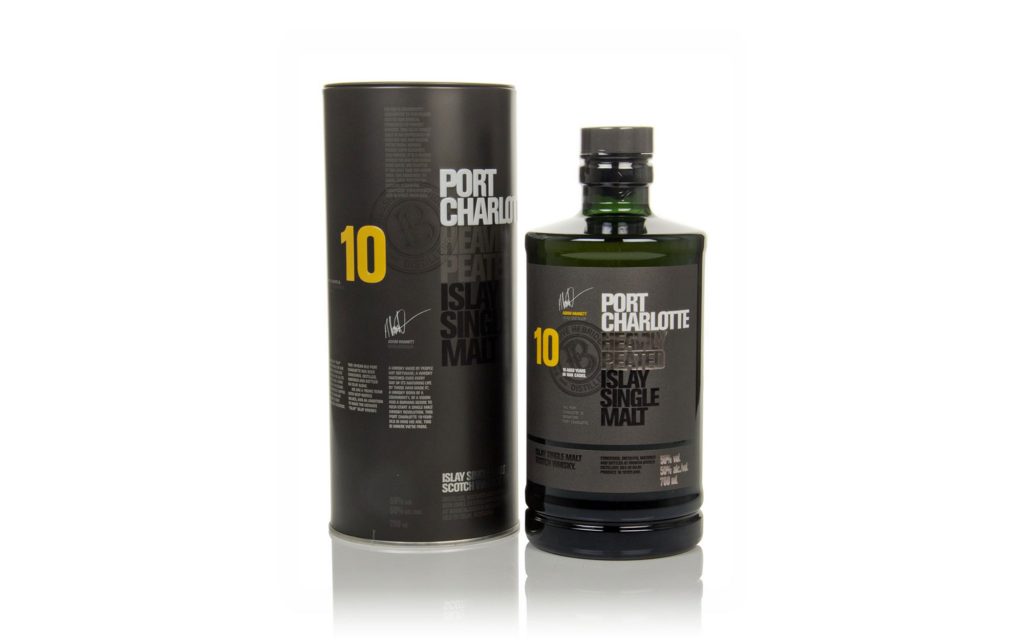 A heavy-hitting, peaty powerhouse of a dram, Port Charlotte 10 Year Old has become a go-to for fans who desire a smoky Scotch. Introduced as the flagship Port Charlotte expression by Bruichladdich in 2018, this 10-year-old single malt was peated to 40ppm and drawn from a combination of casks including first-fill American whiskey, second-fill American whiskey and second-fill French wine casks. 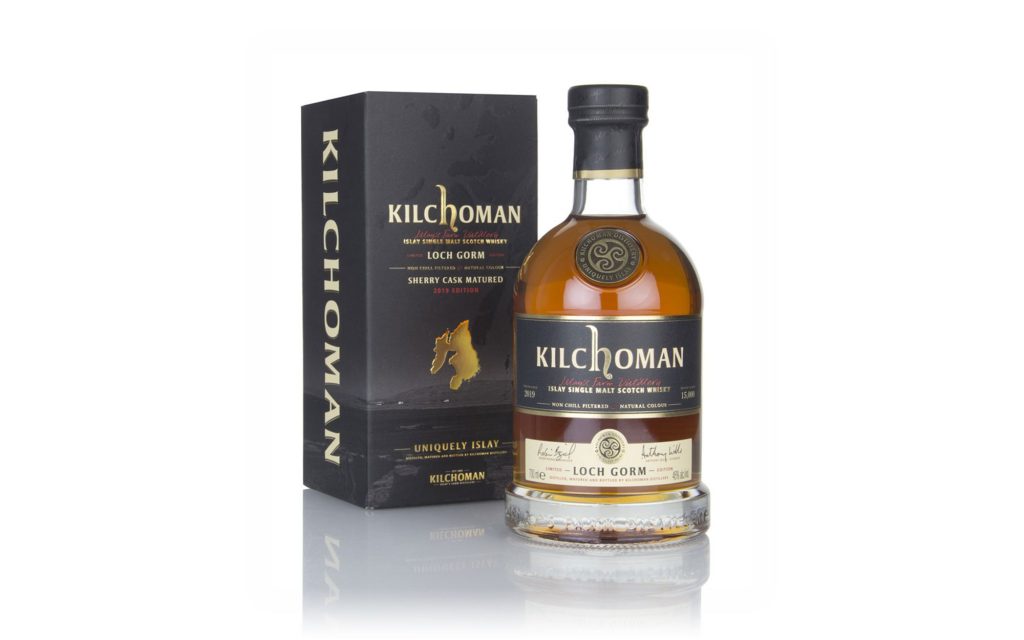 Every spring we look forward to Kilchoman’s annual Loch Gorm single malt release, and it’s safe to say the 2019 edition is another belter from what was Islay’s youngest distillery. This year, Kilchomah has drawn spirit from 20 oloroso sherry butts, resulting in big helpings of sweet and dark notes that blend well with its peat smoke core. 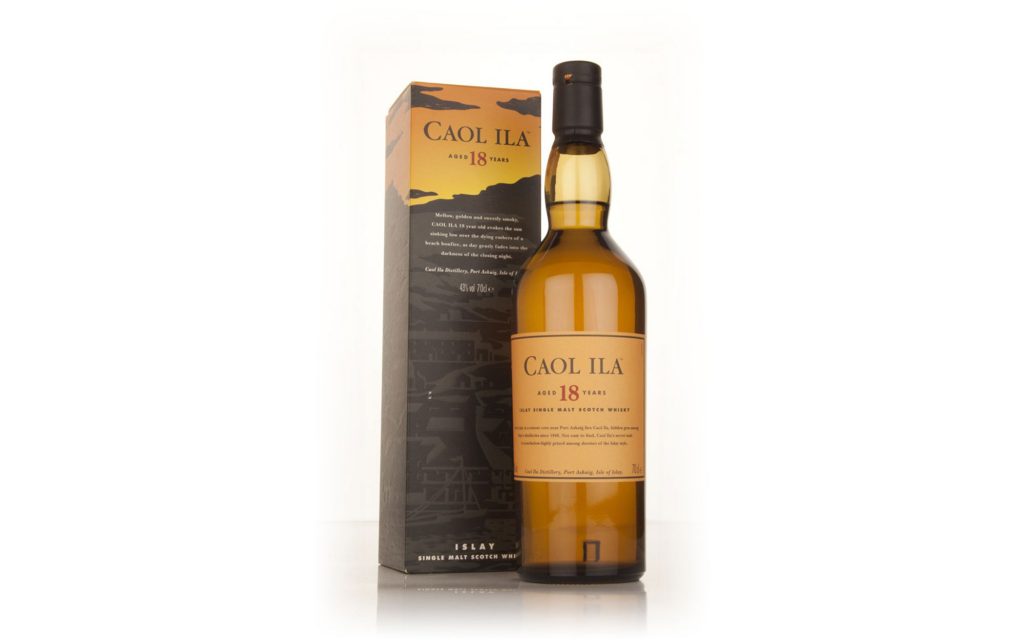 Caol Ila 18 Year Old is a refined, balanced and delightful Islay single malt that doesn’t pack an overpowering peaty punch and makes for one of our favourite aperitifs. It was matured in a mixture of refill casks so the impact of the wood is tempered which allows all of that distillery and Island character to shine. 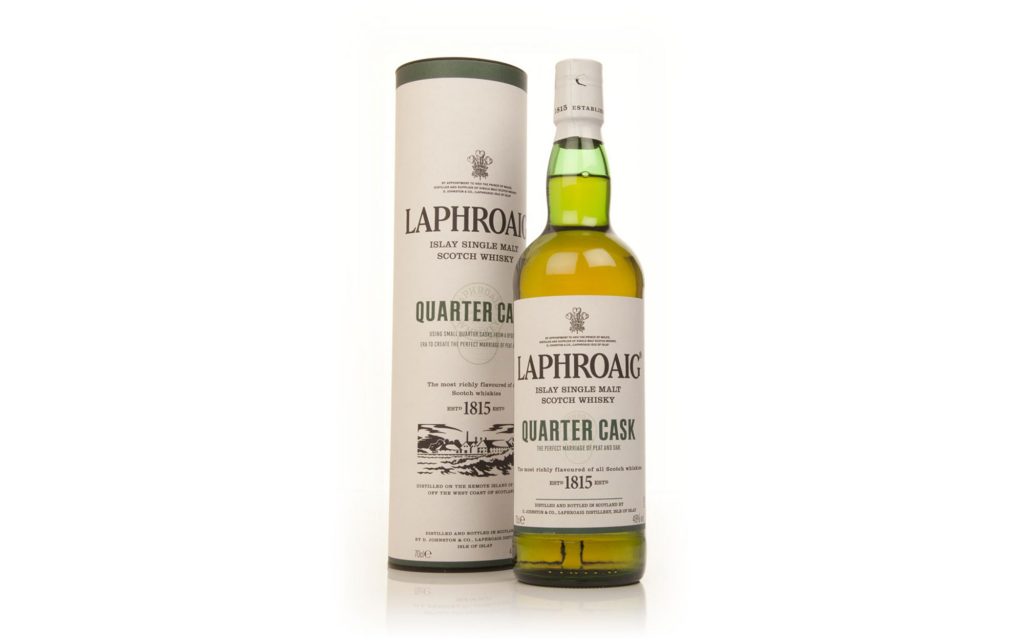 An interesting and superb value bottling from Laphroaig Distillery, this whisky was aged for around five years before being finished in a quarter cask for several months, hence the name. Since its release in 2004, Laphroaig Quarter Cask has built a considerable and loyal following for its remarkably complex and punchy profile. 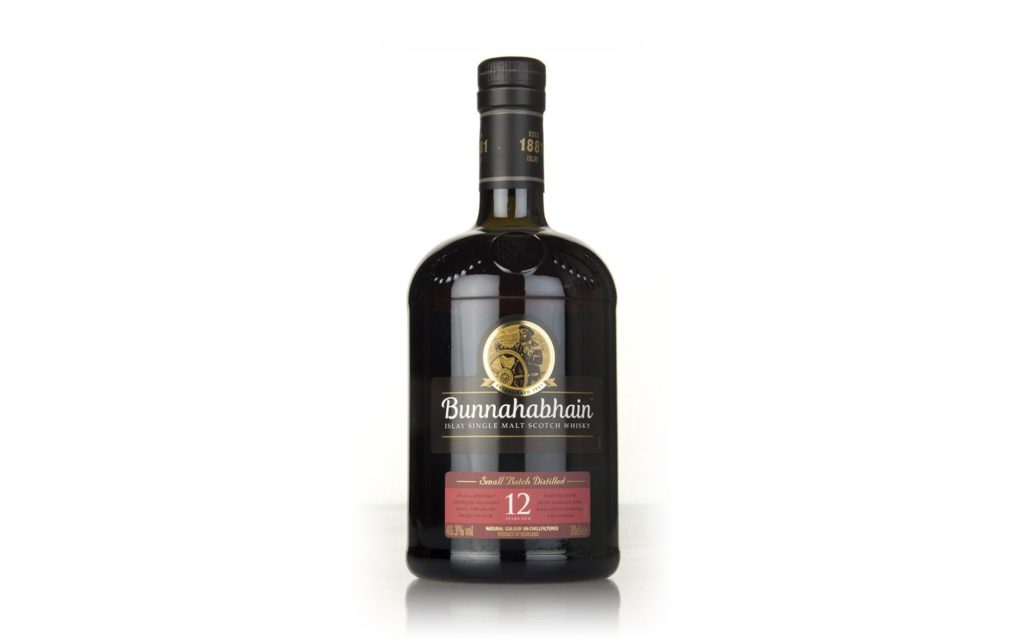 The entry-level Bunnahabhain bottling is the perfect expression for those who want an outstanding, approachable Islay single malt without the trademark peat. In fact, it’s one of the least peated whiskeys produced on the island with just 3 ppm of peat (Ardbeg expressions tend to be peated to 55 ppm, by comparison). Instead Bunnahabhain 12 Year Old is a gentle, sweet and exceptionally pleasing dram that’s received plenty of plaudits over the years and its fair share of fans. 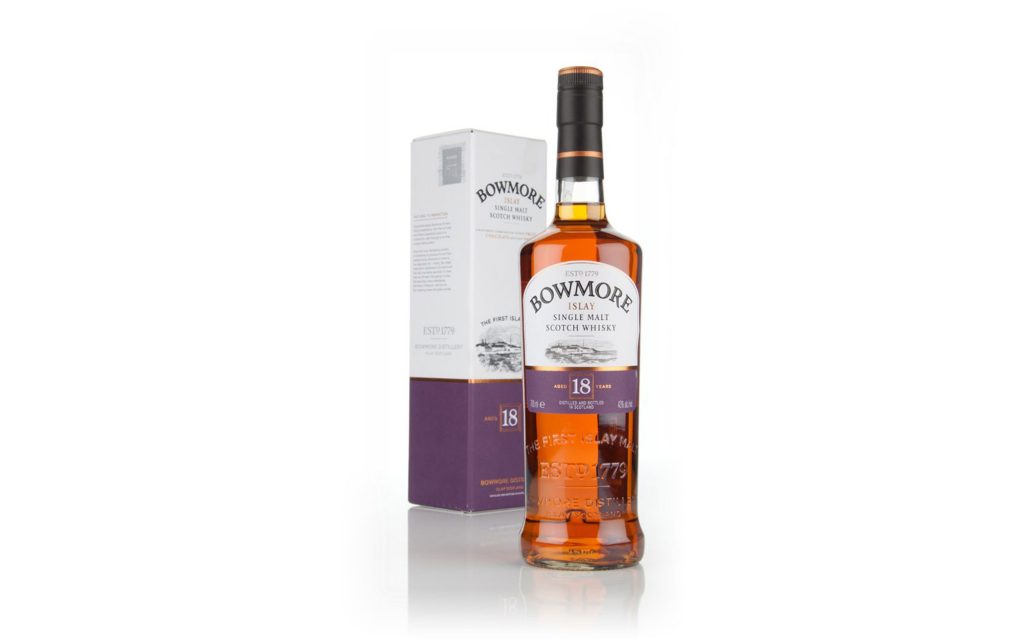 If you want to know what the wonderful Bowmore Distillery is all about, then the sublime Bowmore 18 Year Old will prove well worth your time. An ever-popular dram, this well-structured whisky boasts an impressive harmony of sweet and savoury flavours from dark fruits to classic Islay smoke.