Was Glenfiddich really the first ever single malt whisky?

Ian Buxton
12 Comments on Was Glenfiddich really the first ever single malt whisky?

An email making bold claims about Glenfiddich arrived at Master of Malt HQ last week. We had our doubts about its veracity so we turned it over to whisky writer and industry veteran Ian Buxton for his take. And here it is!

In what I laughingly refer to as my line of ‘work’ I’m exposed to a fair amount of nonsense from over-exuberant PR agencies (one day, I must offer you a selection of their better howlers).  Mostly this can be put down to inexperience or an excess of enthusiasm but this week my inbox positively glowed with some nuclear-weapons-grade spinmeistering from Glenfiddich’s agency Porter Novelli. Back in 1969, they would have you know, “Glenfiddich was changing the world of whisky as we know [it, sic], launching the first ever SINGLE MALT WHISKY – they were all blends before the summer of ’69!” (their bold face and block caps).

Well, that got my attention, as did the claim that Glenfiddich opened the world’s first ever distillery visitor centre (I hope you’ve noticed the bold face and block capitals, by the way).  Let’s deal with that first: distilleries have been welcoming visitors since the 19th Century as Alfred Barnard would testify and, while they may not have had purpose-built facilities, Tobermory was actively welcoming visitors from the early 1920s (look closely at the bottom two lines on the door).  Glenfarclas opened their doors at much the same time as Glenfiddich – so closely in fact that they could hardly be accused of ‘copying’ their Speyside rivals. As so often, two people independently had the same great idea at much the same time, though it was hardly revolutionary. These, in fact, are mere striplings: the Palais Bénédictine was opened in 1888, beating Glenfiddich by a mere 81 years, and as Scotch whisky began life in the 15th Century at Lindores Abbey we can be sure that the hospitable monks were welcoming medieval visitors more than 500 years ago.

Tobermory has been welcoming visitors for a long time

So that’s a pretty daft claim that ill becomes a brand with a great track record of innovation but one that we could probably ignore if it hadn’t been offered with the remarkable assertion that all Scotch was blended prior to 1969.  Really? Who knew?

Where to start?  Well, Macallan’s then Chairman George Harbinson, was able to assure his presumably happy shareholders in 1963 that “the sale of Macallan in bottle is gaining momentum with a steadily increasing demand for the over 15 year old from the south of England”. Or perhaps with Professor George Saintsbury who in his hugely-influential Notes on a Cellar Book (1920, but still in print), disparages grain whisky as “only good for blending” and points the reader to Glendronach, Clynelish (now known as Brora) and Smith’s Glenlivet as single whiskies of note.  His admirer Aeneas MacDonald in his Whisky (1930, but also still in print) devotes the whole of his book – a genuine first, by the way – to singing the praises of single malt.

But for writers in the early part of the twentieth century to be championing single malt it had to have been around for some time.  Well, of course it was: blending greatly boosted Scotch whisky’s fortunes from the late 19th century at the expense of single malt but it never went away.  Connoisseurs such as Saintsbury, MacDonald and Sir Robert Bruce Lockhart (Scotch, published 1951) make that abundantly clear. Earlier writers too, sang its praises.  I call to the witness stand Robert Louis Stevenson who in his poem The Scotsman’s Return from Abroad apostrophises Talisker, Isla or Glenlivet as one of his three “king o’ drinks”. And that, of course, brings us to Glenlivet of which Sir Walter Scott was to write “it is the only liquor fit for a gentleman to drink in the morning”.

Advert for Bowmore whisky from before 1969

Now, Chivas Brothers’ The Glenlivet may have dropped its claim that it was “the single malt that started it all” but the Glenlivet name was highly prized.  Did not King George IV on his famous Brigadoon-style visit to Scotland in August 1822 demand a glass of Glenlivet whisky, then technically illegal and most certainly not blended? So valuable was the Glenlivet name that in 1884 J. G. Smith had to go to law to obtain the sole right to use the definite article in marketing his whisky as The Glenlivet.  As soon as Prohibition was repealed in 1933 his successors were exporting to the USA with such success that just twenty years later some 27 other brands had applied Glenlivet as a suffix to their drams. But even before Prohibition certain Islay whiskies, notably Laphroaig and Bowmore were well known in North America.  Bowmore were even advertising in Canada in the late nineteenth century. Need I go on – well, just one more example.  Royal Brackla was advertising its whisky and the Royal Warrant it received from King William IV in the 1830s.

Oh, and just for Porter Novelli’s benefit, Glenfiddich was being sold in Scotland well before the Second World War and Glenfiddich Pure Malt dates from 1903 at least.  How do I know – well, I found this picture on their website! Perhaps the PR team should take a look!

Master of Malt @MasterOfMalt
4 hours ago
This special GlenAllachie was finished in gloriously spicy Spanish oak. What a team! #ScotchWhisky 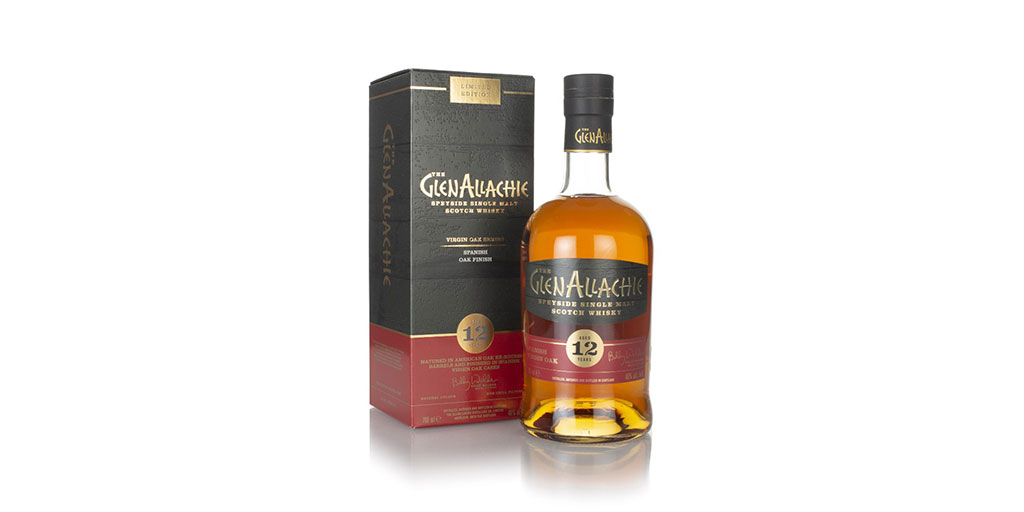 Master of Malt @MasterOfMalt
6 hours ago
We captured our awesome trip to The @LakesDistillery in video form! Be transported to the green pastures of Cumbria while @whiskymaker Dhavall Gandhi gives us a sneak peak around the distillery itself!