Cocktail of the Week: the Margarita Azul

Henry Jeffreys
No Comments on Cocktail of the Week: the Margarita Azul

It’s International Tequila Day on 24 July so we’re making the classic Tequila cocktail, but with a twist. It’s blue. Yes, our Cocktail of the Week is the fabulous Margarita Azul!

There’s something about blue drinks. Last time we featured one as our Cocktail of the Week, the Disco Picante, it was one of the most-read pieces on the blog. Earlier this week Ivar de Lange from Lucas Bols told us: “We always put a blue drink on a menu when working with bars and it is always the most sold cocktail.”

Perhaps it’s something to do with Tom Cruise in Cocktail or perhaps it’s because there are so few genuinely blue food or drinks out there, but blue is cool. So to tie in with World Tequila Day on 24 July, we’ve got a special take one the most famous Tequila cocktail of all, it’s the Margarita Azul. Azul being Spanish for blue, but you knew that. 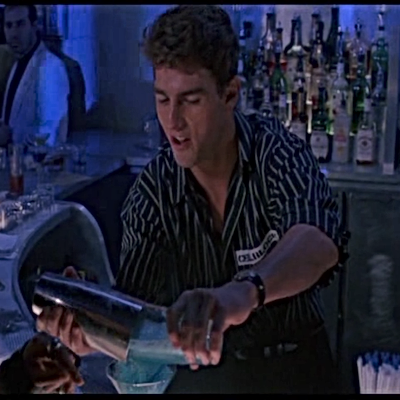 The history of the Margarita

Before we show you how to make it, first a recap on the Margarita story. For Americans, the Margarita is the classic holiday drink. It’s usually made with a lime syrup and often served frozen like a sort of alcoholic slushie (mmmmm, alcoholic slushie). Made like this, it’s a great if not particularly sophisticated drink for hot days. But make it properly with fresh lime juice, a good quality Tequila, and Cointreau, and it becomes something quite spectacular.

The Margarita is another variation on the classic sweet/sour/booze of the rum punch but with an added element – salt – that cleverly makes you thirsty whilst you are drinking. It must have been invented by a very canny bartender. Like with most cocktails, however, its origins are obscure. There’s a reference to a drink in the 1937 Cafe Royal Cocktail Book published in London which is identical but called the Picador. Nobody is quite sure when the Margarita assumed its present name.

There are many competing stories. One theory is that it was created by a Texan socialite, Margarita Sames, when she was on holiday in Acapulco in 1948. In another version it was named after the singer Peggy (Margaret) Lee, she of Fever fame, when she visited the Balinese Room in Texas in the 1940s. A more likely explanation from top booze historian David Wondrich is that margarita is the Spanish word for a daisy. And the Daisy is a family of cocktails that includes the Sidecar; and the Margarita is essentially a Mexican Sidecar made with Tequila instead of brandy. Ta da! 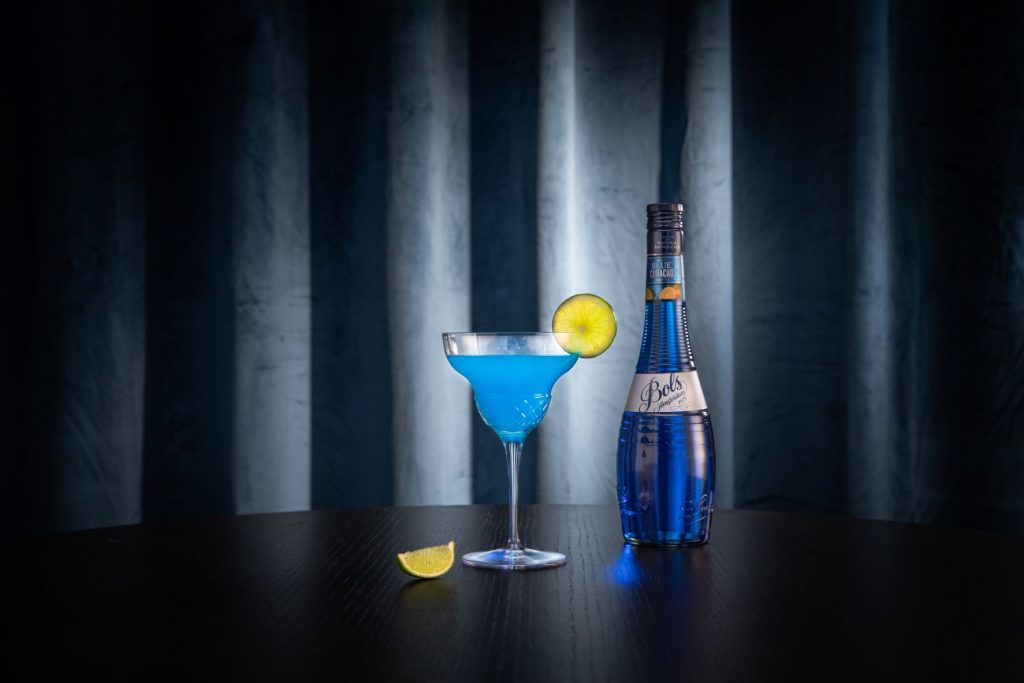 Wherever the name comes from, the Margarita has proved one of the most popular and versatile cocktails around. On the blog we have featured the Mirror Margarita, Tommy’s Margarita, the Blood Orange Margarita, Deano’s Margarita, and the Ayuuk Margarita. So many Margaritas. But we have never featured a blue one, until now.

It gets its colour from Blue Curaçao. I always liked to think that Blue Curaçao was made with exotic blue fruit found only in the Dutch Caribbean but the blue is just colouring, and the predominant taste is of oranges, rather like standard Curaçao. But it is blue, and therefore amazing. This recipe comes from Ivar de Lange at Bols. We’re using the delicious 100% agave Rooster Rojo Tequila blanco – one of the best value Tequilas on the market.

Are you ready for a bit of blue?

How to make a Margarita Azul

Shake and fine strain into pre-chilled Margarita glass. Garnish with a wedge of lime.