Cocktail of the Week: The Ayuuk Margarita

Adam O'Connell
No Comments on Cocktail of the Week: The Ayuuk Margarita

This week we’re putting a deceptively simple spin on a classic. If you like a smoky and refreshing summer sipper, this one is for you.

One of the eternal joys of making cocktails is there is always room for experimentation. You can take any quintessential serve and put your own stamp on it by simply changing an ingredient or altering the process. Right now there are more category-defying and intriguing expressions entering the market than ever before. There’s also more ingredients, equipment and expertise readily available to the average consumer than ever. This means the potential to alter and create has never been greater. And when you have a spirit with a great story behind it to use as your base, it would be rude not to put it to good use.

Take our chosen serve this week, the Ayuuk Margarita. Typically, when you order a Margarita from a bar you can expect (or at least hope for) a combination of fresh lime juice, Cointreau, salt and a good quality Tequila. In this version, every element other than the latter is present. The base spirit has been changed to Empirical Spirits Ayuuk, which is not a Tequila or mezcal. It’s a truly individual expression that was created using a particularly special ingredient and an intriguing production process. Although Empirical Spirits makes its category-defying booze at its Copenhagen-based distillery, the DNA of Ayuuk is Mexican. Its core ingredient is the Pasilla Mixe chilli. Technically it is a variety of Capsicum annuum, the most common species of domesticated chiles. Yet Pasilla Mixe is anything but common. They are grown at 2,700 meters above sea level by the Mixe people who reside in the Sierra Norte mountains outside of Oaxaca, Mexico. In their native tongue, they call themselves Ayuuk (or Ayüükjä’äys), meaning ‘people who speak the mountain language’ and the Pasilla Mixe chilli is an important part of the communal life and identity for them.

Naturally, they use a traditional production process to create Pasilla Mixe, which entails placing fully ripened chillis on wicker racks over gnarled hardwood smoke to attain their signature smoky, earthy and red-fruit flavour. They’re used in a variety of ways in local cuisine, typically to make chintextle, a flavourful paste of garlic, salt and other spices, or salsas and the large ones are often used for filling with various ingredients. It’s even used as incense for funeral ceremonies and piles of Pasilla Mixe are burned to cleanse the burial sites of the deceased. But as soon as Empirical Spirits co-founder Lars Williams was made aware of Pasilla Mixe, they were always destined to find their way into delicious booze. Williams first saw them at a bustling market in Oaxaca City back in 2019. He was taken aback by their character and tried to find an equivalent in his travels and once he returned to Copenhagen, sampling numerous other types of smoked chilis to no avail. Willaims found that Pasilla Mixe had the most interesting, complex flavour and an obsession began.

“Ayuuk is our most cherished flavour story. The flavour came first. We had no idea when we first encountered Pasilla Mixe at the central market of Oaxaca, Mexico that it was the start of something greater. I only began to realize the potential after we had distilled the first Pasilla Mixe blend and tried to get more,” says Williams. “There is so much more than just smokiness: there is an earthy roundness and a distinct, deep red orchard fruit note that distinguishes it from all the others. It also has a palatable spice that allows you to truly taste it, and not just be blown away by heat.” 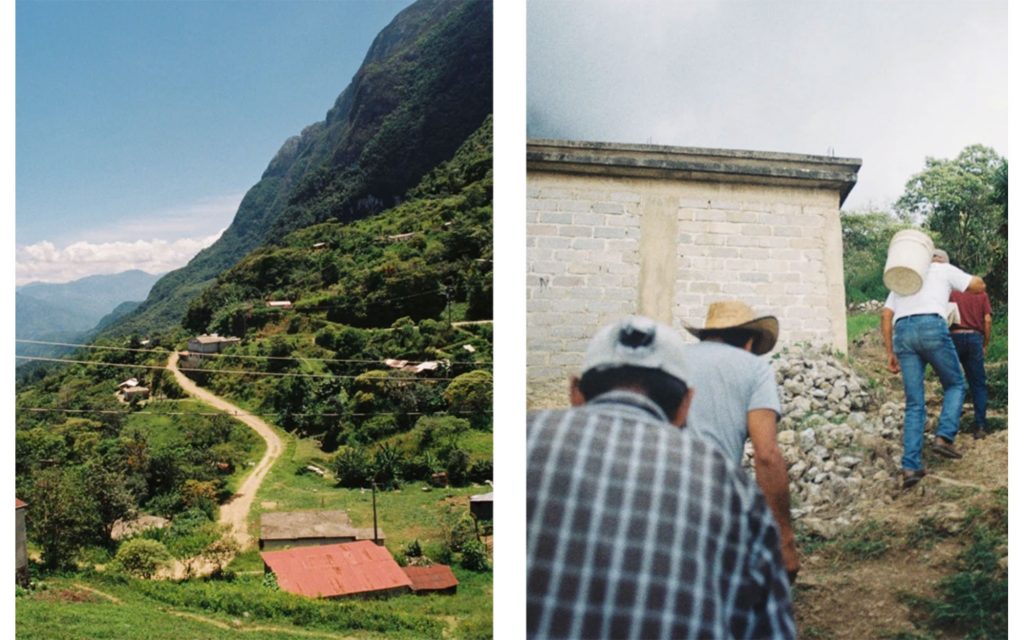 Empirical Spirits initially bought in Pasilla Mixe from the market to create its spirit but decided that it would be better to partner with the Ayuuk people directly to source the chillis, which are not an easy thing to get your hands on. Cultivation is extremely labour-intensive thanks to high altitudes, erosion, lack of pesticides or fertilizers, and rugged terrain. It’s difficult to turn a profit. There are 5,000 people in the village, and one-fifth of them used to farm Pasilla Mixe. Now, there are only eight. This means that production had diminished over the years and so the Ayuuk people shifted to subsistence farming, producing only what they need for themselves and their families.

A supply of Pasilla Mixe was secured thanks to the help of Efraín Martínez, one of a few academics to have studied the Ayuuk through fieldwork and a local of the area. In order to make the production worthwhile for the Ayuuk people, Empirical Spirits arranged to pay three or four times more than the price Pasilla Mixe fetch in Oaxaca markets. In fact, Williams was so enamoured by the history and profile of the chilli that he became keen to preserve its cultivation and tradition and sought out the help of another local academic, Adan Jimenez, an agronomist, who set up workshops to pass on his understanding and insights to help the farmers of Ayuuk in their endeavours. 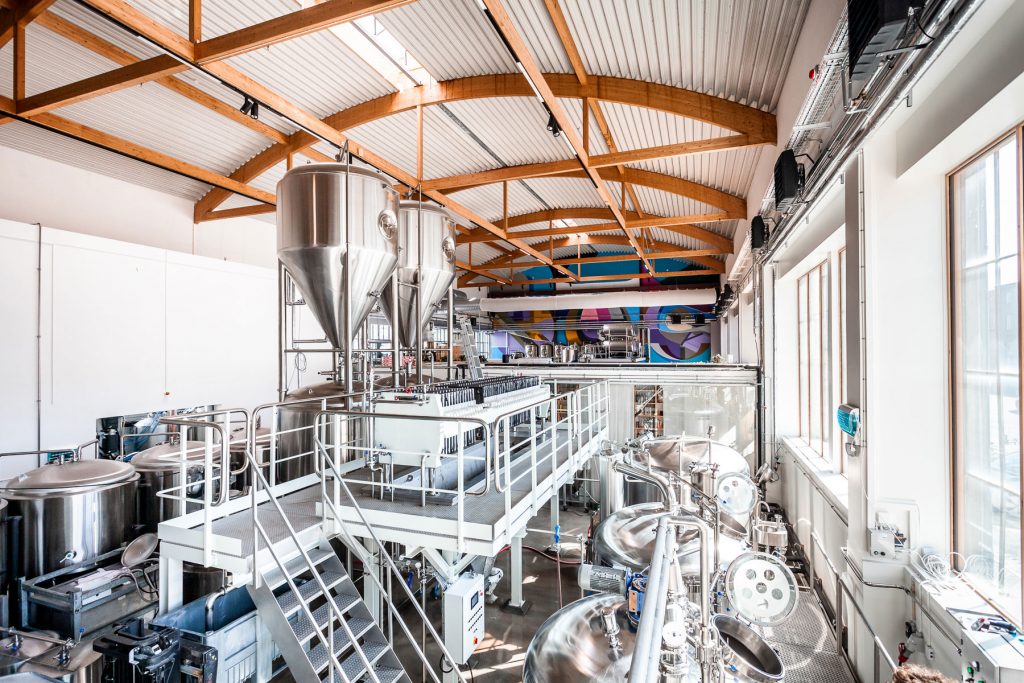 The drink is crafted at Empirical Spirits’s impressive Copenhagen distillery

“With this spirit, we’ve developed a way to work directly in partnership with these farmers to support this beautiful tradition and ingredient. There’s a parallel between this relationship and my background as a chef: On my days off, I would often visit farmers and purveyors to better understand their methods and how to use their products,” Williams explains. “Being more connected to our producers—to their stories, their experiences, and their processes—is an extremely positive thing. There’s a natural symbiosis that keeps us all pushing forward.”

To make Ayuuk, Empirical Spirits macerates the Pasilla Mixe chillies in low wines before it’s distilled with a combination of pilsner malt and purple wheat. This spirit is then blended with kombucha made from Pasilla Mixe pulp before it is allowed to rest for five days in Oloroso casks before being bottled. The result is a smoky, earthy, sweet and fruity expression that’s difficult to compare to another style, although I’d say it is probably closest to mezcal in profile. What I can say for certain is that it works beautifully in this Margarita. There’s some bitterness from the earth and smoke that plays off the refreshing citrus sharpness and a complex blend of spice and heat that the salt cuts through pleasantly.

So, there you have it. Now it’s time to make our twist on the classic Margarita. 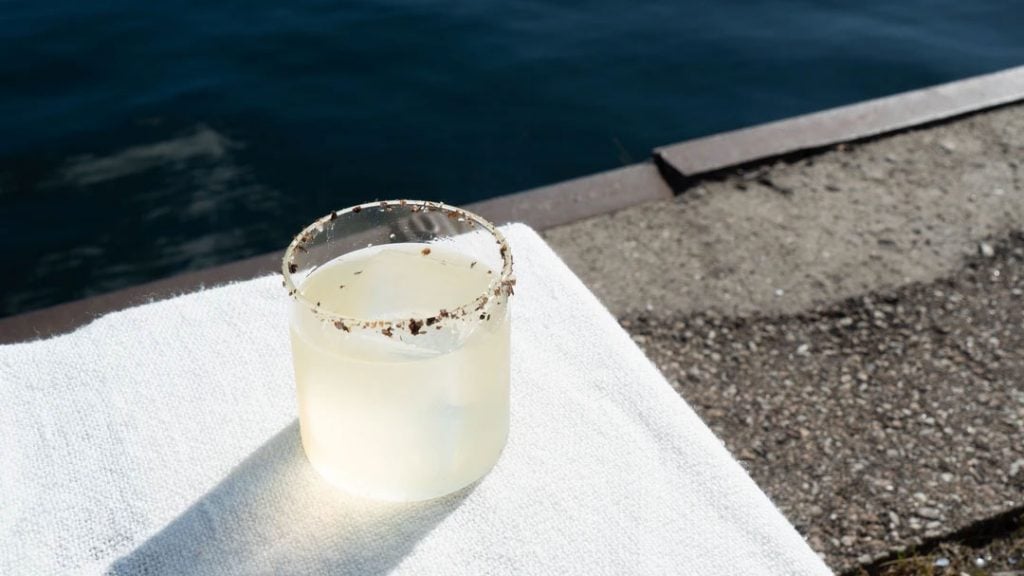 Begin by pouring your Empirical Spirits Ayuuk, orange liqueur and lime juice into a shaker filled with plenty of ice. Give that a nice hard shake. Then rub a lime quarter along the rim of the glass and dip it into a salt mix (Empirical recommends a salt and black lime mix, but regular salt does work fine). Pop some ice into your chosen glass and fine strain the Margarita in. If you need a hand, the brand has put together this neat little instructional video, which should help. All there’s left to do now is to raise a glass to the Ayuuk people and enjoy your cocktail!