Cocktail of the Week: The Gin Rickey

Adam O'Connell
No Comments on Cocktail of the Week: The Gin Rickey

The sun is out, warmer days are here and so a classic summertime cooler is called for. Luckily we’ve got just the thing: The Gin Rickey.

Ah, The Rickey. One of those delightfully simple 19th-century cocktails that takes seconds to make and tastes great. A Rickey typically consists of gin or whiskey combined with fresh lime juice and soda water. With plenty of ice. It’s a summertime classic, after all, and with the weather we’re having here in Kent at the moment, it’s the perfect time for one.

A man walks into a bar

But first, a little history. Are you ready for another dubious cocktail origin story? Good. Let’s begin. We’re going back to 1880 at Shoomaker’s Saloon in Washington DC, where the bigwigs of the day would booze it up. The patron we’re interested in today was a Democratic lobbyist called Colonel Joseph Kyle Rickey, who would, apparently, squeeze lime into his whiskey before topping it with soda. Bartender George A. Williamson took this personal preference and put it on the menu.

Rickey would eventually purchase the bar in 1883 and become a major importer of limes into the US. Which is neat. His untimely suicide in 1903 was less so. An obituary published in the Washington Post on 24 April, however, does reveal a bit more of the story of his drink: “Col. Rickey, before he became the owner of the resort on E street, would go into Shoomaker’s and ask George Williamson, who is still there, for a drink composed of ‘Belle of Nelson’ whisky, a piece of ice, and a siphon of seltzer,” the passage reads. “Fred Mussey, now gone, watched Col. Rickey indulge in these beverages. He finally took the recipe to New York, and there called for a ‘Rickey drink,’ which he explained and thus spread its fame. One day Representative Hatch, of Missouri, went into Shoomaker’s and asked for ‘one of those Rickey drinks, with a half of a lime in it.’ This was given to Mr. Hatch and the rickey was complete”. 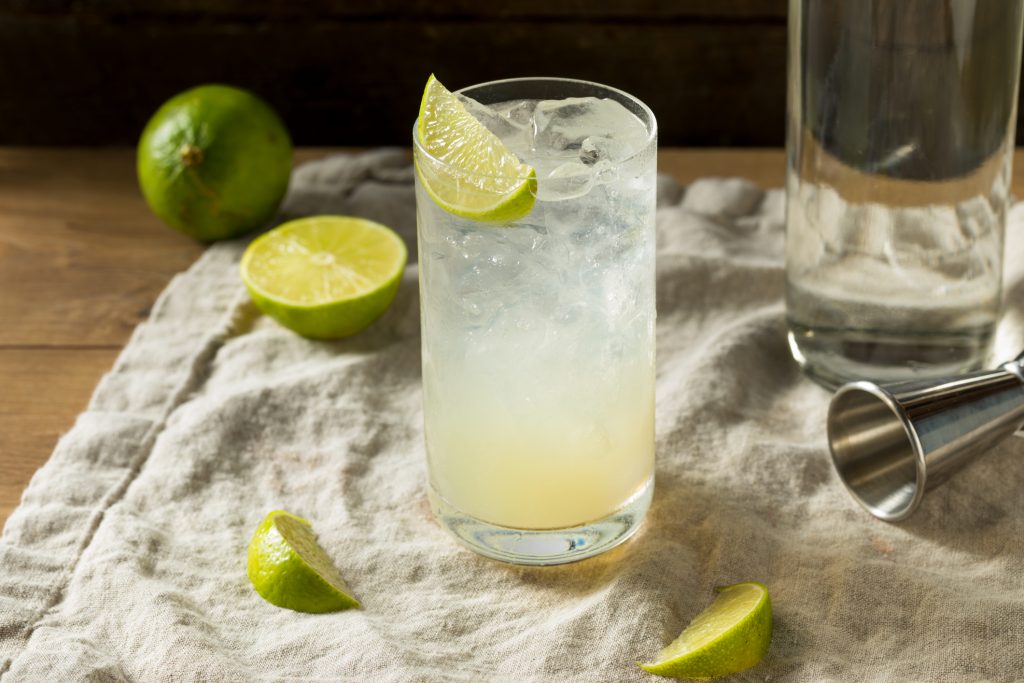 George Rothwell Brown also credited Williamson in his book Washington: A Not Too Serious History (1930), suggesting a stranger taught the bartender how drinks were prepared in the Caribbean with lime. The next day Col. Rickey arrived, Williamson made him and he approved. And there you have it. Well, not quite. As with any of these cocktail creation stories, it’s incredibly hard to pin down the exact details and people simply didn’t record this history outside of the odd reference and recipe. It’s also likely that somebody, somewhere put lime, soda, and booze in a glass and drank it because, well obviously.

The cocktail first appeared in print in Harry Johnson’s Bartenders Manual in 1882. Johnson’s recipe calls for “1 or 2 pieces of ice” as well as the juice of “1 good-sized lime or 2 small ones” and “1 wine glass of Tom or Holland gin”. What a fantastic way to measure gin, by the way. He also said to use a “medium-size fizz glass” and to “fill it up with club soda, carbonic or seltzers if required, and serve with a spoon”.

Regardless of who made it, it’s fair to say now there’s a pretty established recipe, the one we mentioned in the first line. It’s a familiar one too, not far from a Southside, a Mojito, or a Tom Collins, the latter being separated only by its choice of citrus. The Rickey is all about lime juice, the Collins favours lemon. You’ll also tend to find your Rickeys are served in a shorter glass, but that’s not really an important distinction. What is paramount is that you use fresh juice. We can’t make that point enough in this series. It really does make all the difference. 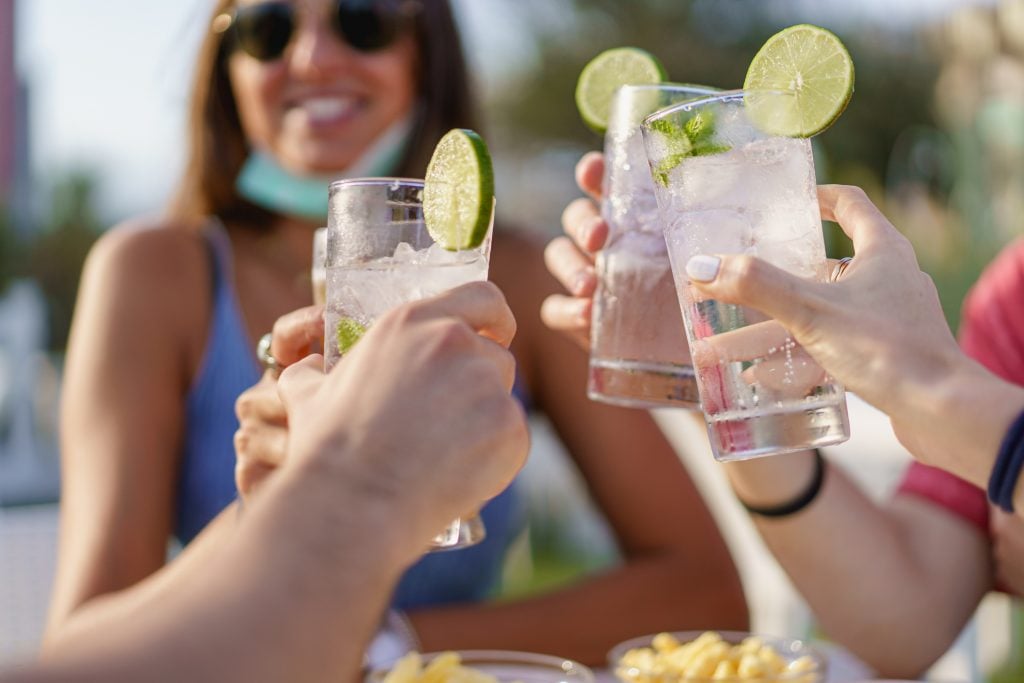 Which gin to use?

You’ll also need some premium soda water if you’re not messing around and, of course, some lovely gin. Something like a classic Tanqueray No. Ten would work a treat, or you could go a little more patriotic with a touch of Bluecoat American Dry Gin. If you’re using a classic London dry-style gin but like your drinks on the sweeter side, then you might want to add 10ml of sugar syrup to your recipe to balance the sharpness of the lime. But, as the sun is splitting the rocks here in Kent at the moment, we wanted to try something a little different and mix things up to capture that summer garden vibe.

That’s why for this particular recipe we’re ramping up the citrus charm with a new treat from Citadelle called Jardin d’ete, or ‘summer garden’. See. It’s perfect. Jardin d’ete is made with the addition of Charentais melon flesh, whole lemon, yuzu zest, and orange peel to the 19 botanicals used in the original expression. The additional fruits are cold distilled to ensure the flavour and fragrance are retained and the result is a bright, fresh, and citrussy creation that’s as summery as a seagull robbing you of your chips and stick of rock at Brighton beach.

The brand made its own serve to go with the new gin, which is called Citadelle Summers Lemonade, and combines two parts of Jardin d’ete, one part sugar syrup and one part fresh lemon juice in a jug which you then fill with ice and top with soda. Essentially a Long Collins. However, we’re in a Gin Rickey mood and we had a play around with this beauty and think you’ll enjoy the recipe below. Here’s to you, Col. Rickey, and your love of the humble lime. 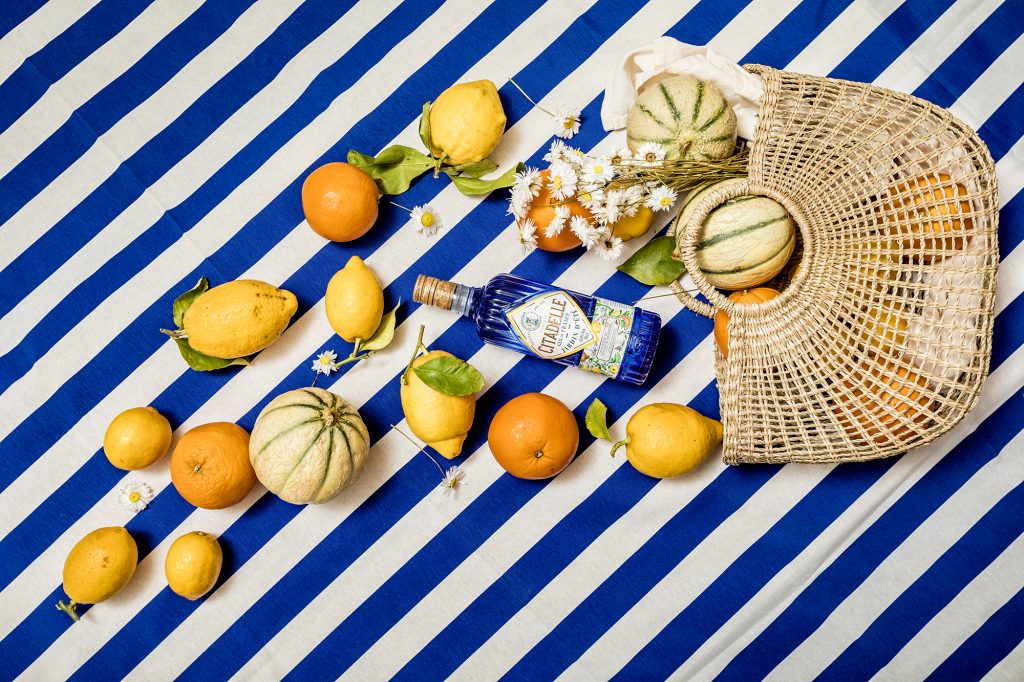 How to make a Gin Rickey

Shake your gin and lime juice (and sugar syrup if you like things sweeter) with ice and strain into an ice-filled glass. Then top it off with your soda and garnish with a length of lime peel.

The winner of a bundle of Zespri cocktail goodies is...

Win a trip to Islay during Fèis Ìle 2022 with Bunnahabhain!