Adam O'Connell
1 Comment on Cocktail of the Week: The Blood and Sand

One of the best answers to the naysayers who claim Scotch doesn’t mix well, the Blood and Sand has stood the test of time for good reason. Here’s how to make one…

We love Scotch whisky cocktails, as fans of this series will well know. We’ve already spoken about our love for the likes of the Old Fashioned or The Bobby Burns, but so far we’ve overlooked the delightful Blood and Sand and today we’re correcting that oversight.

We start, as always, with a little history. Happily digging through a cocktail’s past is easy. There’s a raft of information available at the click of a finger, properly sourced and verified with dates and everything. Ha. Ha. Ha. Only kidding. I’m afraid, as any drinks writer will tell you, a big chunk of cocktail history is a confusing mess of anecdotes, fanciful tales, and just straight-up nonsense. I know people were busy enjoying their drinks at the time but is it too much to ask for anyone to write anything down?

In the case of the Blood and Sand, there appears to be some consensus that it emerged in Britain in the 1920s. The name was said to be inspired by the film Blood and Sand (1922), which starred Rudolph Valentino as a downtrodden Spaniard who eventually becomes a great matador (a more recent version was released in 1989 with Sharon Stone if you’re not a fan of retro flicks). Why did a Scotch-based cocktail paired with orange juice and Italian vermouth become associated with the rags-to-riches tale of a Spanish matador? The drink’s colour, apparently, with the red cherry element from either cherry brandy or liqueur said to represent the ‘blood’ and orange juice, the ‘sand’. Whether it’s true or not, you have to admit it does make for a good story, at least.

One thing we do know for sure is that a recipe appeared in Harry Craddock’s The Savoy Cocktail Book (1930), consisting of equal parts Scotch whisky, cherry brandy, Italian vermouth, and orange juice. This has become the accepted classic Blood and Sand formula and for good reason. There’s a beautiful simplicity to a recipe that requires all of its ingredients to be added in equal parts. It’s easy to remember, easy to assemble, and often ensures you get a balanced serve. Just ask any Negroni fan. 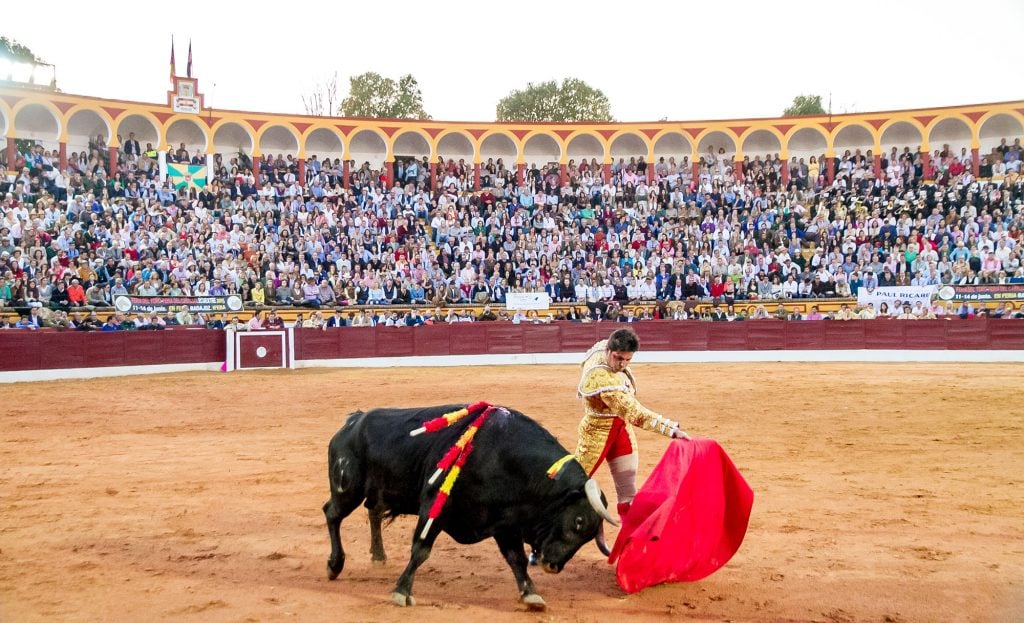 But the Blood and Sand sadly hasn’t reached the same level of popularity or adoration as this gin-laden boozy red icon. I’ve talked to a few fellow fans of the serve who put this down to one ingredient in particular. Some bartenders have a tendency to wince at the very notion of orange juice as a key ingredient. Avoiding Screwdriver territory is a must for the trendy and top-knotted. I can certainly understand that if the orange juice isn’t freshly squeezed, as that’s a surefire way to ensure you create a cocktail that’s too sweet and sharp for whisky drinkers and too punchy for those who prefer lighter serves.

But, if you play your cards right, you’ll get a deeply delicious and layered serve that is still approachable and, above all else, tastes greater than the sum of its parts, which is what every good cocktail should do. It’s also wonderful for converting those people who haven’t seen the light and wrongly believe they don’t like Scotch. This brings us on to the matter of which Scotch to use. Blended whiskeys such as Dewar’s White Label, Chivas Regal 12 Year Old, and Johnnie Walker Black Label 12 Year Old all make fine choices. I like the hint of smoke in the latter and if you’re a big fan of all things peaty you can tablespoon in a touch of Islay whisky.

Part of the joy of a Blood and Sand is that it is the kind of cocktail you can play around with a bit. I like to bump the Scotch up a notch and will sometimes tone down the cherry a smidge. That particular element is now often provided by Heering Cherry Liqueur, rather than the traditional cherry brandy, but both work well. You can try different varieties of oranges (blood oranges are often favoured) and there are so many delightful vermouths on the market now it’s easy to have some fun there. You can even lengthen your drink like Gaz Regan did in the 2018 version of The Joy of Mixology by making a brunch-worthy Blood and Sand with 3 oz. (about 90ml) of orange juice. 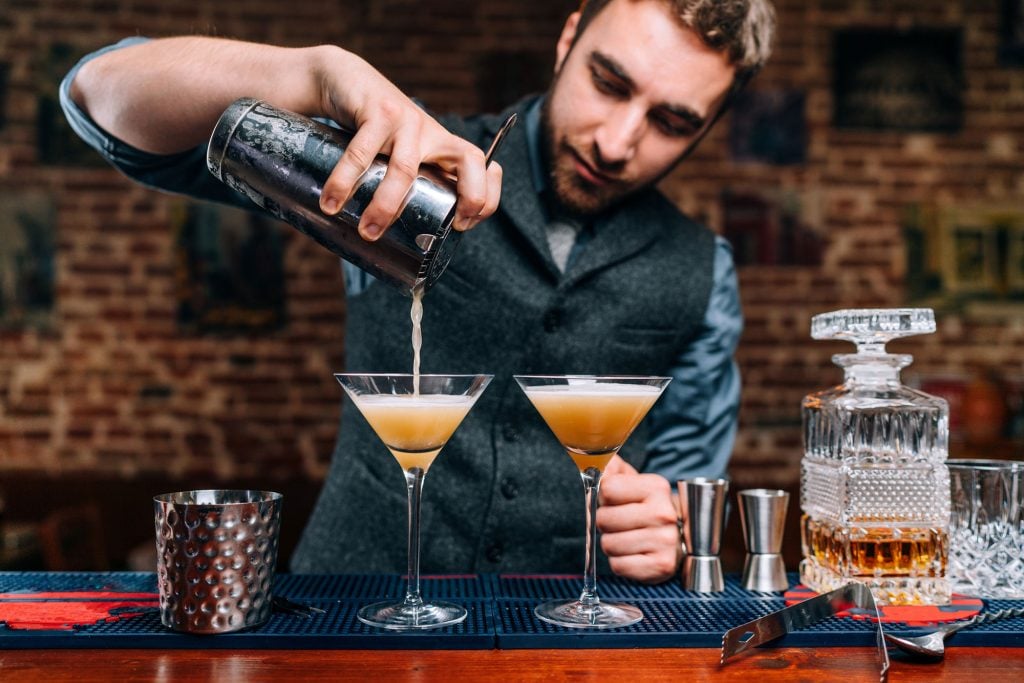 Behold: The Blood and Sand!

How to make a Blood and Sand

At the risk of sounding boring, when it comes to the orange juice the most important thing is that it is freshly squeezed. You know it’s going to make all the difference and shouldn’t take too much effort. Especially if you have a juice loosener. I’ve opted to go traditional in this recipe and use the classic Martini Rosso as well as a Cherry Brandy, in this case a particularly delicious one from Ableforth’s that’s actually made with high-quality cherries and brandy (you’d think that would be a basic requirement for a cherry brandy but amazingly, it’s not).

So, there you have it: The Blood and Sand!

Begin by popping a coupe glass in the freezer for a few minutes before you start to get it nice and chilled. Then add all of your ingredients to a shaker with ice and give your best hard shake for about 30 seconds. Seriously. The key to a good Blood and Sand is to shake the crap out of it until you get that nice froth. If you’re not breaking a sweat, you’re not doing it right. Then take your chilled glass out of the freezer, pop a Luxardo Maraschino Cherry in the bottom of it, and then strain the mix into the glass. Garnish with an orange zest before you serve and enjoy!