Cocktails on tap are coming to a bar near you. We take a look at this burgeoning phenomenon with Black Lines co-founder Casey Sorenson.

You may have ordered a cocktail in a bar recently and been surprised to see the bartender make their way to a draft tap. But it’s a sight that you’re sure to see more and more of in the future. While draft cocktails are not a recent innovation, the popularity of them is rising and the trend shows no sign of slowing down in 2020. The quickfire service previously solely associated with events and festivals is featuring in highly-regarded venues such as Fare Bar & Canteen, TAYĒR + ELEMENTARY, Duck and Waffle and Amsterdam’s Super Lyan.

Some argue, however, that cocktails on tap compromise the craft and the theatre of bartending, while others simply fear that taste and quality of ingredients will suffer. So, we decided to talk to somebody from a company that has made kegged cocktails its business to give his side of the story. Enter Casey Sorenson, co-founder of Black Lines, a company that specialises in providing cocktails on taps for pubs, bars, festivals, events and more. 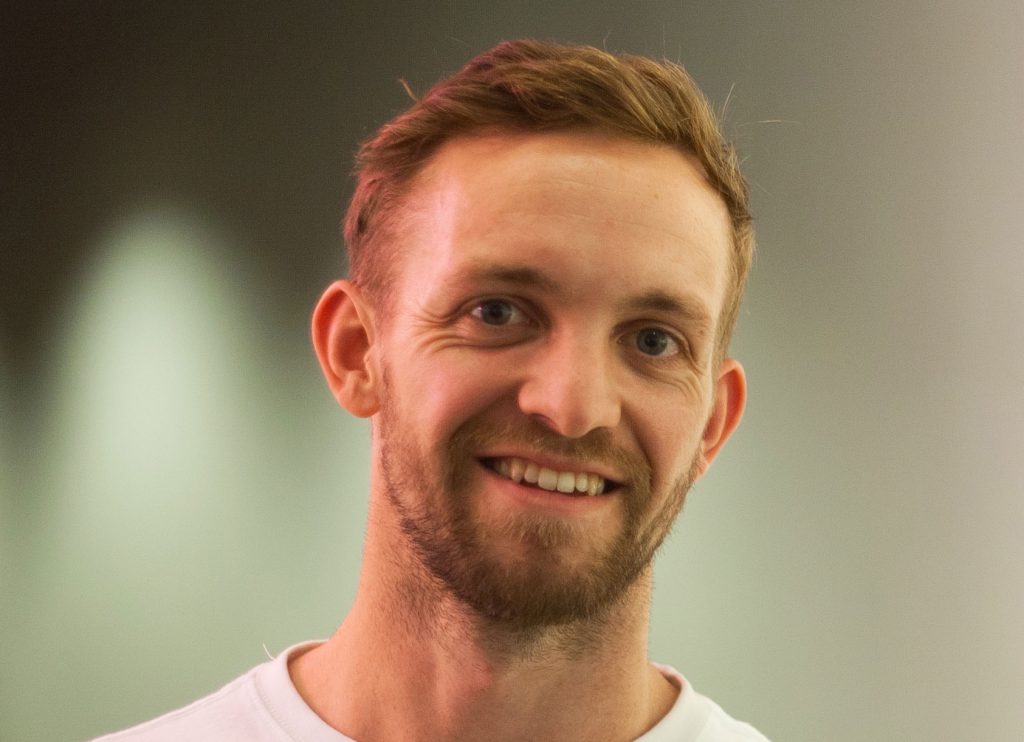 Along with Kuleen Khimasia, the duo founded the company in 2017 having met and become friends the year before. “Kuleen was running his own street food business and was looking at developing house cocktails on tap in his first permanent site. I was at Soho House, doing the drinks development there and had already done on-tap internally,” Sorenson explains. “We realised there was no one actually providing cocktails on tap commercially to pubs, bars, festivals, events. Nobody at the time had a platform people could buy from like they’d buy a keg of beer in the UK. It was a lightbulb moment”.

The duo understood not only that there was a gap in the market, but plenty to be said for draft cocktails as a drinks delivery system. “The clear benefits are speed of service, accessibility and price. But consistency is one people don’t often consider,” says Sorenson. “If you go into a pub without cocktails on tap and they don’t have that skilled bartender or cocktails is not at the forefront at their drinks offering, then you can order a cocktail from a different bartender and get a different drink.”

There’s a clear environmental benefit to draft cocktails too, with the need for less ice, energy and the reduction of beverage wastage often cited as factors.  It’s an aspect that Sorenson was conscious of when founding Black Lines. “The environment has been a big focus in the last five, ten years. When Kuleen and I set up the business we wanted to reduce our impact where we could,” Sorenson explains. “By working closely with some of the best independent British distilleries, we arrange for most of our spirit supply to be delivered pre-bottling in large containers that are later returned and refilled, meaning no waste packaging whatsoever and a heavily reduced carbon footprint”. 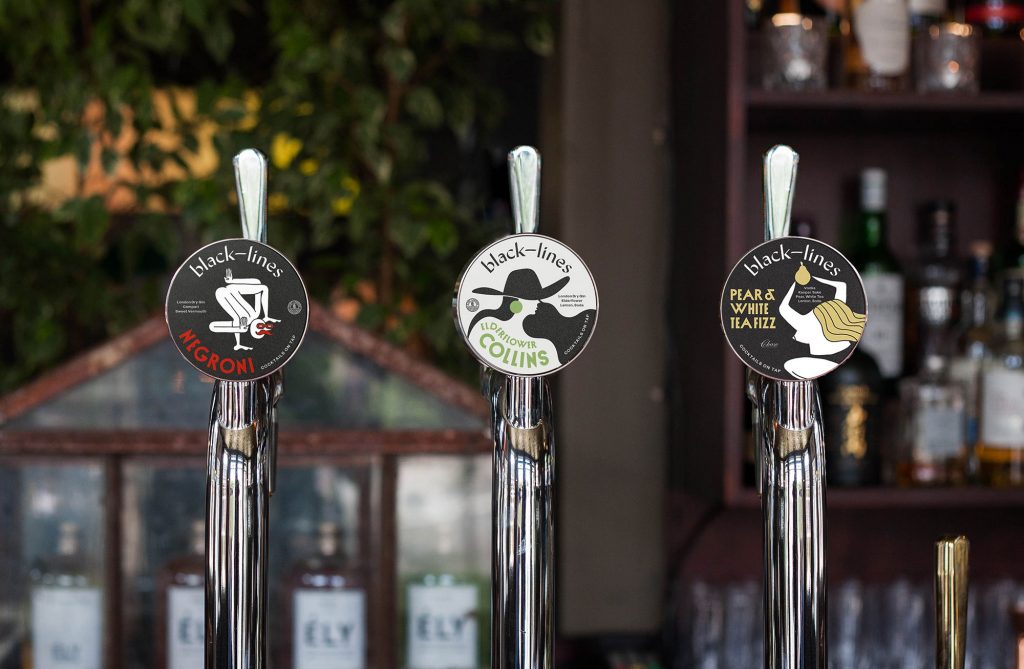 Part of the Black Lines range

Sorenson makes it clear, however, that the focus at the centre at Black Lines is one of quality. It’s a concern for those who are sceptical of draft cocktails that it’s an easy way for bars to utilise cheaper ingredients or water down their drinks. For Sorenson, that’s the biggest misconception about cocktails on tap. “When I host tastings with people or a customer might have one of our drinks for the first time they often say that they can taste the booze in there. There’s no reason why you should water a drink down just because it’s on tap and it doesn’t mean that we’re making a cheaper product,” he says. “Quality is ultimately what’s really important for us. We only work with good quality juice companies or spirit companies, like Chase Distillery or the East London Liquor Company”.

Sorenson is not blind to the criticism and understands people’s fears of what you may lose by imbibing a draft cocktail. “We completely respect the craft and the theatre that goes into making cocktails at the bar. Seeing a bartender make a drink is really important. But there are certain places, like a rooftop bar, where you’re not going there to look at the bartender making a drink are you?” says Sorenson. “If you look at the studies that have been done on the most sold cocktails in the UK, there’s not a lot of those drinks that involve a lot of theatre. Take an Aperol Spritz – how much theatre can you really go into combining Aperol, soda and prosecco? The cocktails that we do haven’t retracted a lot of theatre.” 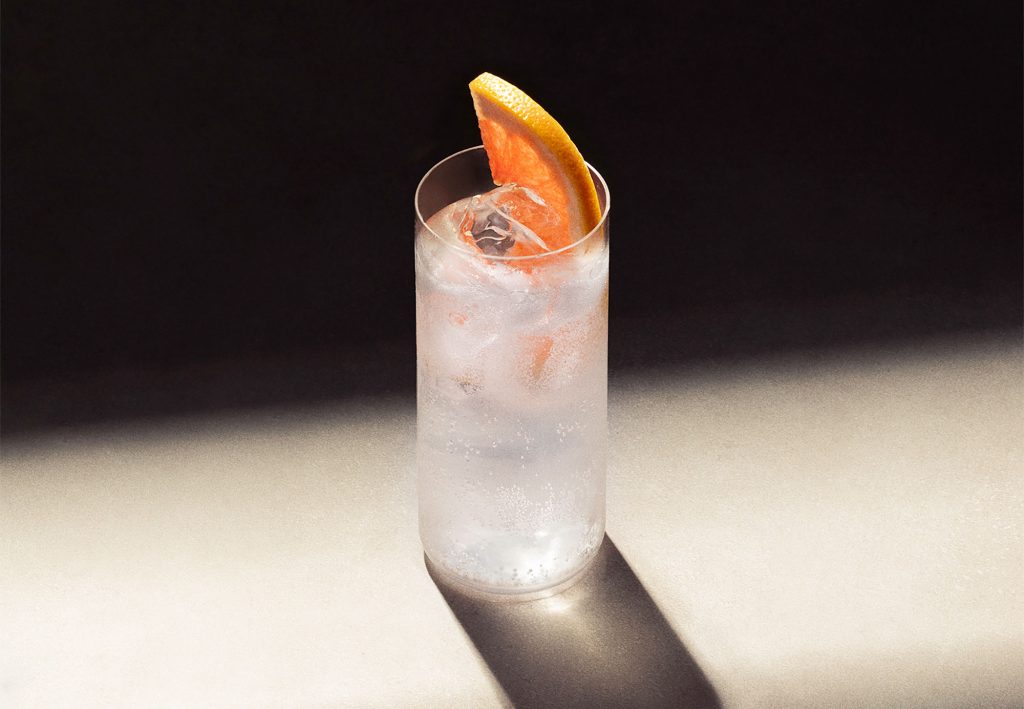 Could you tell the difference between a draft cocktail and a regular cocktail?

In fact, Sorenson makes a convincing argument that draft cocktails facilitate the best bartenders to make more signature drinks as it lightens their burden. “What we have done is imagine a bartender has an order for eight Aperol Spritz, one Manhattan and one Vieux Carré. They have time to focus on the latter drinks because with the Aperol Spritz on tap they can just pour them in ten seconds each,” he explains. “If you go to places like TAYĒR + ELEMENTARY, Fare, Duck and Waffle, they’ve got cocktails on tap because they’re still made with quality ingredients, they provide a consistent serve of the cocktails that they make a lot of and it means they can focus their love and attention on the really cool and classic cocktails that need it”.

The reaction within the industry is becoming more welcoming and this understanding of how cocktails on tap benefit bartenders as well as consumers is a key reason why. “When we started in 2017 it was a challenge, winning over the bartenders. Every place we went into, operationally it made sense to have a cocktail on tap but the bartenders sometimes feared that we were trying to replace their expert knowledge,” says Sorenson. “But they’re starting to realise that it’s actually there to work in synergy with them and can really work to their benefit. The industry reaction has really picked up in the last six to 12 months. The bartenders are really getting behind it and seeing our point of view. How many bartenders complain about making 30 Mojitos in a night? When you put a Mojito on tap they realise you’re doing them a favour”.

Perhaps another factor that makes bartenders accepting of draft cocktails is that the process of creating them is very similar to creating a drink in a bar. Along with quality spirits, Black Lines works with fresh ingredients: “An important part for us is we work with a local London juice producer. They juice their juice at about 4 am in the morning and then it gets to us at about seven. We’re really not having that juice out for very long, so the quality of the juice is kept,” Sorenson says. “We also don’t pasteurise our products, we use filtration because pasteurising cocktails will change the flavour. Filtration allows you to keep that flavour profile”. 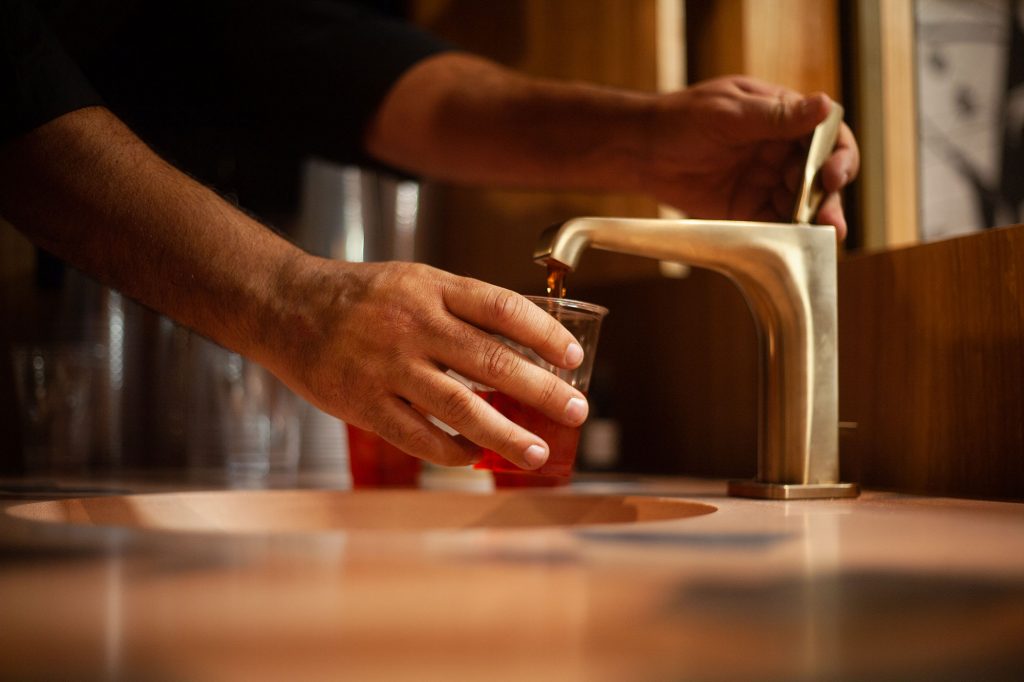 A Negroni being poured from a tap

The Black Lines drinks list covers much of the best selling cocktails in the UK, from the Aperol Spritz to the Mojito, as well as popular options such as the Negroni. “They’re the ones that cause an operational issue for a lot of venues in terms of keeping up with the demand when they have their peak periods of service as these are the drinks that consumers are going for,” Sorenson explains.

The product development of recent additions such as the Pink Grapefruit Spritz and the Elderflower Collins and the Rum Punch demonstrates that Black Lines is conscious of emerging trends, however. The latter is interesting with so many expecting rum to have a huge 2020 on the back of a promising 2019. “The Rum Punch has been insanely popular, we weren’t expecting it to take off the way it did. In Boxpark it sells more Rum Punch there than we sell Mojito, which is quite interesting,” says Sorenson. “Then you’ve got The Pink Grapefruit Spritz, which is one of our vegan cocktails and also it’s lower alcohol than most cocktails. When you compare it to a beer, 8% ABV it’s not low alcohol, but for a cocktail it is. We do try and to keep in tune with trends when we develop cocktails. We know people are more health-conscious, we know more people that are vegan/vegetarian”.

Black Lines benefits from a signature look, with intriguing artwork on each of the labels. The name of the brand actually comes from an abstract painting from 1913 by Wassily Kandinsky. The branding is unsurprisingly black and white, given the name of the company, which was chosen to contrast the overtly colourful nature of artwork you’ll see on taps typically in bars, particularly with craft beer. “We worked with eight emerging young artists to develop artwork for each drink and gave them a brief to come up with their own influence and style for each serve. We gave the history and flavour profile for each drink and then let them take their own view of how they wanted to put it across,” says Sorenson. “It really allows us to stand out and with more people coming into the space, we want to stand out. We wanted our artwork to be the opposite of what you would expect. If you saw a Mojito you’d expect to see like a highball with mint etc., and that’s great but we wanted to have something more eye-catching with more identity and character for each drink”. 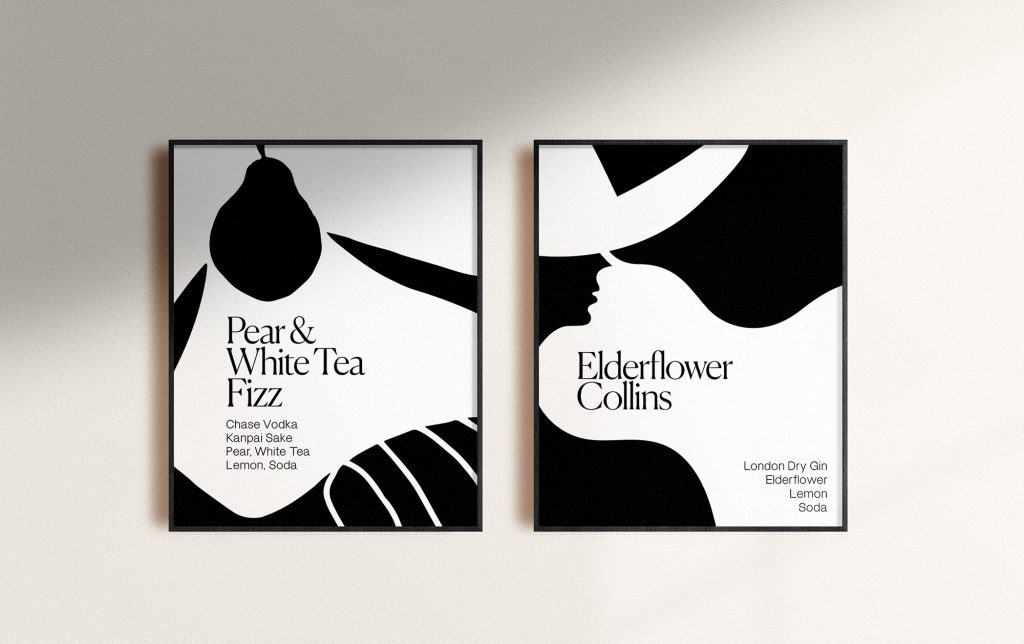 Black Line’s branding is based on signature artwork

Ultimately, Sorenson outlines that the ambition of Black Lines is to make fantastic cocktails accessible to more people in more locations. He stresses that part of his role is to be an educator and advocate for how cocktails on tap can help the drinks industry. “Our drinks really speak for themselves,” he said. “I could confidently say that if I put a drink in front of someone that didn’t know that it was from tap, they wouldn’t know the difference from a good quality cocktail being made by a skilled bartender. We’ve really got to get people to understand that they can have cocktails that are accessible, quality and consistent from tap. That’s what we at Black Lines need to get across”.