You might remember Super Lyan’s London outpost, which closed in late 2018 to make way for Cub’s in-house fermentation lab. Well, now the bar has risen from the ashes in the form of an eclectic neighbourhood hangout a stone’s throw from Amsterdam’s central station in the Kimpton De Witt Hotel. We nipped across the water to preview Ryan Chetiyawardana’s first international outpost – and pet the bar’s resident house cat, Robin…

Set within a 17th century Dutch house, the bar is described as the “playful sibling” of White Lyan, Dandelyan, Lyaness et al, with the team drawing from years of Lyan experimentation and know-how to assemble a stable of familiar serves expanded upon in an inventive way – for example, the Bay Cosmo, a bay leaf-tinged draught cocktail that riffs on the classic Cosmopolitan. 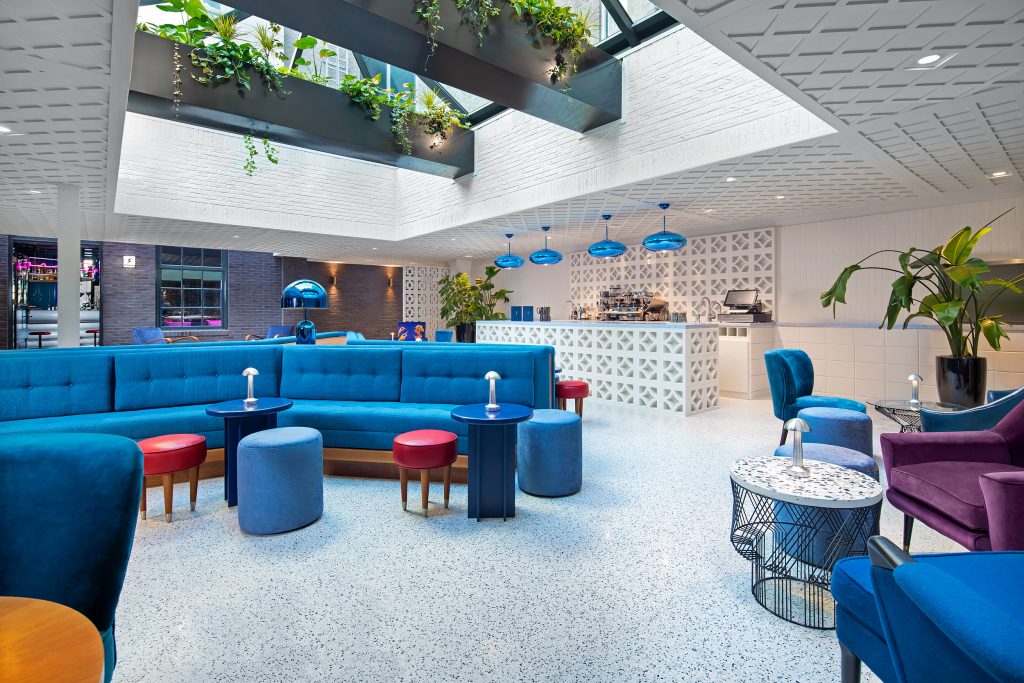 “The overriding theme throughout the bar, through the drinks, through the dishes, is to take something that’s grounded in the everyday and explode it out,” explains Chetiyawardana. “Being able to borrow from everything we’ve been able to do in the past – sometimes quite literally, going, ‘how can we use the different techniques we had at White Lyan? How can we use some of the different ingredient manipulations we had at Dandelyan?’ – and transform it into something that’s very ownable for us.”

There are cocktails on tap – the first in Amsterdam – and a range of mouthwatering non-alcoholic drinks and shakes that are readily spiked with booze on request. The Millionaire Shake, for example, made with soy milk, chocolate sorbet and pomegranate, is transformed with the addition of Bulleit Bourbon, curaçao and fennel pollen. As well as reimagining classics and revisiting Lyan geekery, the menu encourages guests to “reimagine what a fruity drink can be, or what sourness tastes like in a cocktail,” Chetiyawardana adds, “without making it too heavy – it’s not as geeky as what we do in Lyaness, for sure”.

This is reflective of how Amsterdam’s drinkers like to imbibe – while building the project, the team “did a lot of research” about the ways Dutch people socialise to inform the personality of the venue. “People don’t just go out late at night and drink cocktails, there’s a very different socialisation around it,” Chetiyawardana explains, “that was fun for us, even down to folding savoury flavours into some of the cocktails.” The house Negroni, made with Bombay Sapphire, Rutte Celery Gin, Martini Bitter, Martini Rubino, and olive vermouth, is a standout example. “We used black olive as a nod towards the bites you might have alongside your drinks and had fun making that one and the same.” 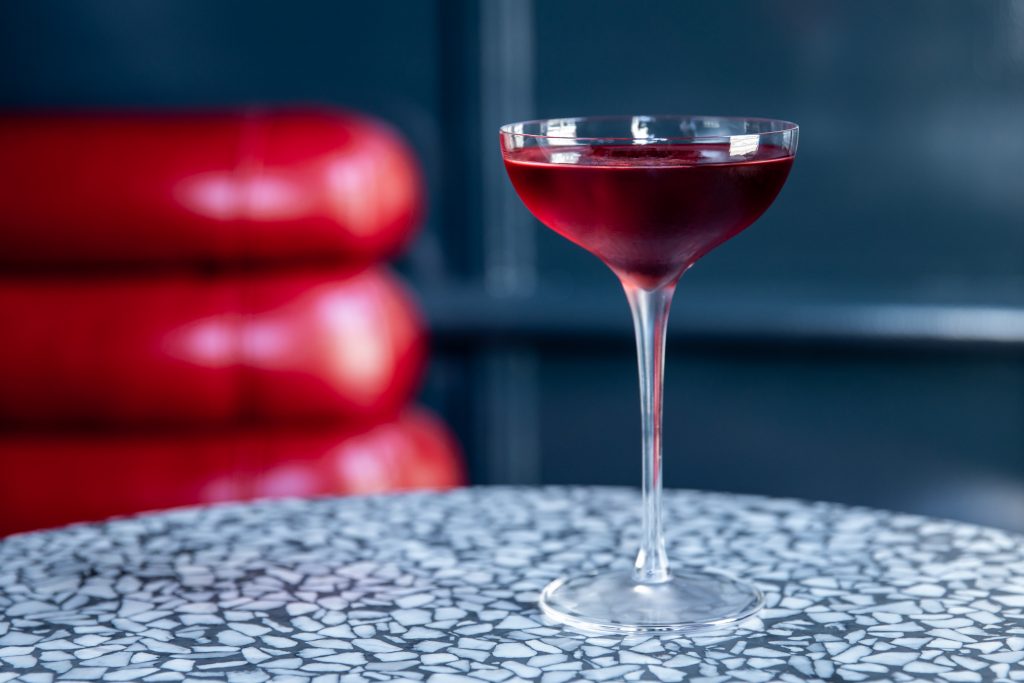 Negroni made with olive vermouth

There are cultural differences, too. “Cocktails are still seen as a little flashy, and the Dutch don’t really do flashy,” he continues. “People think it’s going to take too long, it’s going to be too expensive, it’s going to be too fancy. We wanted to show that actually cocktails can be for everybody, and they can work at lots of different times of the day. Being able to intersect this with teas, coffees, beers, wine and food has also been super fun for us.”

Super Lyan consists of three connected spaces; the Super Lyan living room, the Super Lyan garden and the Super Lyan bar, and real emphasis is placed on the all-day nature of the venue. It’s as much of a destination for someone who wants to wake up with a coffee and a few bites of bacon bao as it is for the post-work beer and bitterballen crew.

I envisioned myself spending all day there; conducting meetings in the brightly-lit garden with a cuppa or two, sailing through the mid-afternoon slump with a vegan donut or shake, toasting twilight with a long drink and sipping my way through the menu until after dark – accompanied by a tiny, fluffy ginger cat called Robin who resides there; a nod to the city’s historic ‘brown bars’. 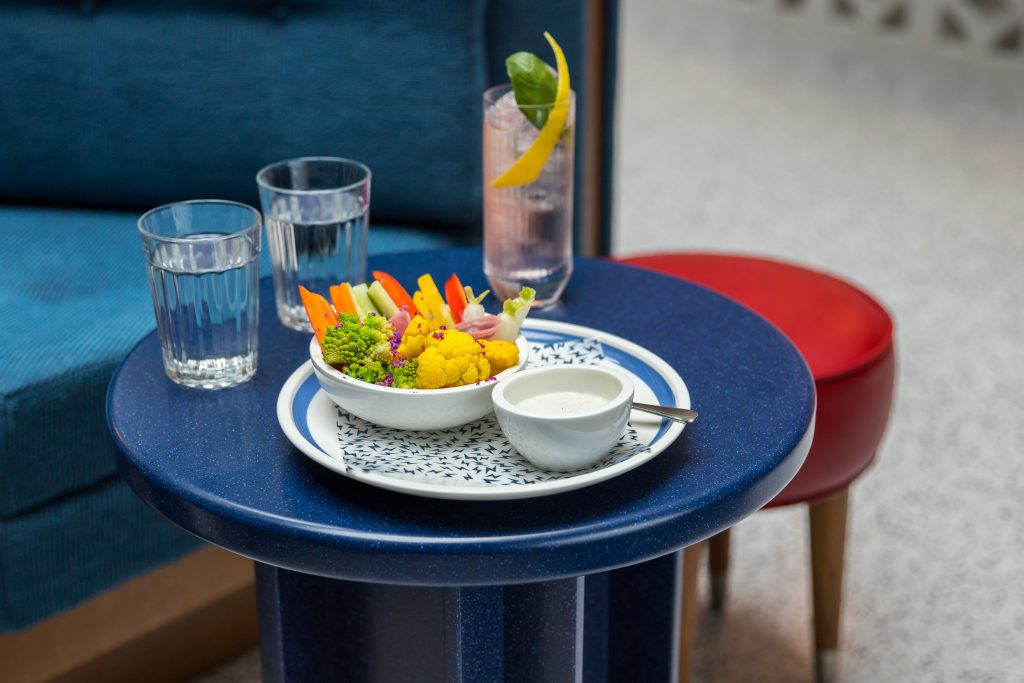 The food looks good too

While locally-made spirits do feature on the menu – Rutte Sloe Gin, Ketel One Vodka, Bols Corenwyn – the menu isn’t crowded with genever. “We didn’t want to just include it for the sake of it,” says Chetiyawardana, “but in a way that would make sense and we could do a very different take on it. We did a highball using a local vermouth instead, and it’s got a really different profile to it. That’s partly down to using local products [in production], but it’s also tailored to local taste preferences.”

With so many projects on the go, how does the Lyan family find time to be creative? Weekly meetings keep everyone on the same page, he explains, and the team work to an open brief, rather than “throwing flavours” together; “an inefficient way of creating because it’s really wasteful and actually it doesn’t tend to come up with something as interesting”. Instead, the process is made up of research and refinement. “We’ve got a massive team now with people from very different backgrounds,” Chetiyawardana says. “They look at things in a really different way, and that, to me, keeps it fresh for everyone.”

Super Lyan can be found on Nieuwezijds Voorburgwal 3, 1012 RC, Amsterdam