We continue our series all about booze-based entertainment in this time of self-isolation and lockdown. This week we take a look at our favourite films that feature a drop of the good stuff.

The best films capture our senses, so it’s little surprise that there is a long, rich history of booze on the silver screen. Here, we assembled five of our favourite drink-based films, from intriguing documentaries to absurd comedies. Our list is sure to provoke much debate so do let us know your favourites in the comments or on social. 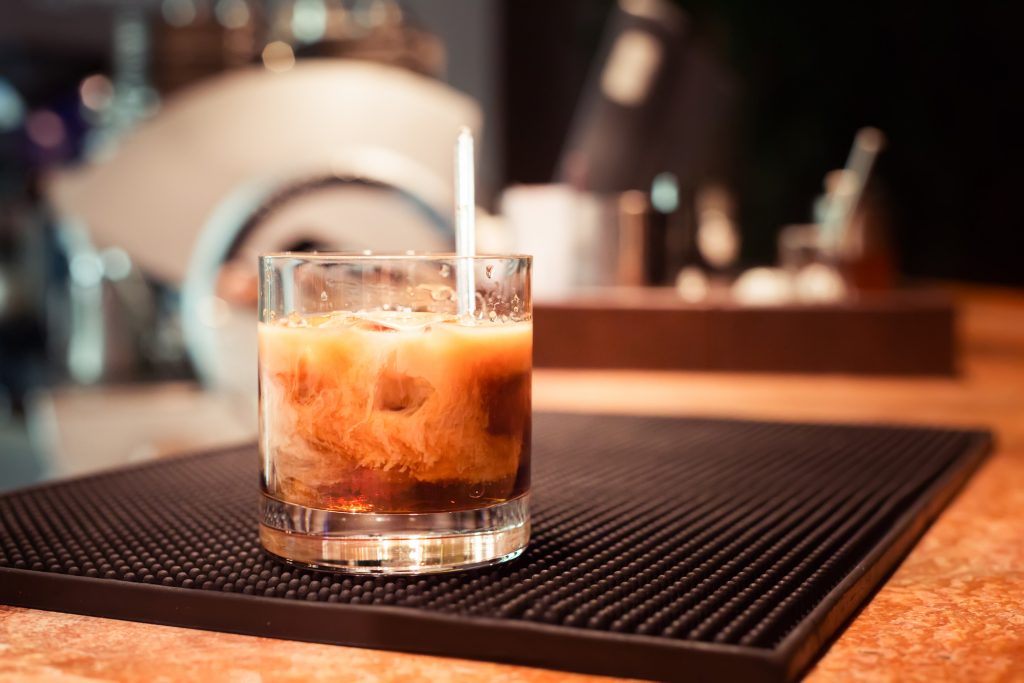 “Do you have any Kahlúa?”

Much like we did last week, we do have a duty to remind you folks that these films don’t always feature responsible drinking. Remember that moderation is the key!

Sideways is a wine-fuelled road trip film set in Santa Barbara County wine country that features brilliant central performances from Thomas Haden Church and Paul Giamatti, garnered critical acclaim and won an Academy Award for Best Adapted Screenplay. How could we not put it on the list? The humorous and thoughtful film provoked mainstream audiences to engage with wine in a major way and is said to have helped increase tourism to the Santa Ynez Valley region and cause Pinot Noir sales to rise, a phenomenon dubbed ‘The Sideways Effect’. You might have objections if you’re a fan of Merlot, though…

You can find Sideways on Amazon Prime.

A moving and darkly comic story of redemption from the excellent British cinema legend Ken Loach, The Angel’s Share stars Paul Brannigan as a father who embraces the world of whisky tasting and collecting so he can make enough money to turn over a new leaf after numerous arrests. Fans of whisky, who will know the title refers to the percentage of whisky that evaporates in the cask each year, will have appreciated the distillery tour of Deanston, (Balblair and Glengoyne distilleries also feature) the numerous shots of delicious whisky being poured and a delightful cameo by acclaimed whisky writer Charles MacLean.

You can find The Angel’s Share on Amazon Prime.

“Hey, careful man, there’s a beverage here!” is just one of the immortal lines spoken by Jeff ‘The Dude’ Lebowski in reference to his beloved White Russian. The Coen brothers cult classic, which features Jeff Bridges, John Goodman and Steve Buscemi on stellar form, may not strictly be a drinking movie, but it’s the best advert that delicious creamy cocktail has ever had. Cheers to you, ‘The Dude’. That rug really tied the whole room together.

You can find The Big Lebowski on Now TV.

There are some truly excellent drinks documentaries out there, from  Ken Burns epic history lesson Prohibition, to Sour Grapes, an investigation into top wine forger Rudy Kurniawan that’s dripping in displays of hubris and greed. But our ultimate pick is The Amber Light, which follows the brilliant Dave Broom on a passionate and curious quest to gain a deeper understanding of Scotch whisky. It frames the spirit as part of the country’s culture and social identity in a manner akin to poetry, music and art in a compelling manner and features some truly great characters along the way, including Ian Rankin. Y’know, the guy who wrote the Rebus books!

You can find out where The Amber Light is screening here.

“For relaxing times, make it Suntory time”. Featuring perhaps the most iconic scene involving whisky of all time, as well as Bill Murray and a young, and relatively unknown, Scarlett Johansson, Lost in Translation is an absurdly funny, sweet and sad tale of two aimless Americans who strike up a friendship in a Tokyo hotel. While this is another film that’s not all about booze, it’s highlight is surely Murray’s character, Bob Harris, trying to film a commercial for Hibiki 17 Year Old, which suffers from a breakdown in communication between Harris, the Japanese director and interpreter.

You can find Lost in Translation on Netflix.

Four spirits with a sense of place