The four pillars of mezcal

Henry Jeffreys
No Comments on The four pillars of mezcal

With the news that Campari has just bought a controlling stake in Montelobos, it’s time to take a closer look at the brand and who better to talk to than the master of mezcal himself, Dr Iván Saldaña.

There can be no doubting Dr Saldaña’s commitment to agave. While doing his PhD in plant biology at the University of Sussex, he imported two tonnes of the stuff to study; “it made me think that perhaps Sussex wasn’t the best place to study agave”, he joked. The agave plant is genetically very similar to the lily and asparagus. One thing, it’s not related to is the cactus. Saldaña said that though they both have spikes and live in the desert: “the difference between cactus and agave is like the difference between a bird and a butterfly.”

In 2011, Saldaña founded Montelobos (meaning mountain of the wolves) to explore mezcal’s possibilities. What excites Saldaña about agave is its complexity of taste. These flavourful compounds are produced by the plant to protect itself from predators. Saldaña described agave as like a giant herb, “making mezcal is like making gin in a single step, you are trapping essential oils. Grains are very boring, you have to flavour the spirit, either like gin or through wood. Agave is more complex even than grape spirit.” That’s fighting talk, doc! 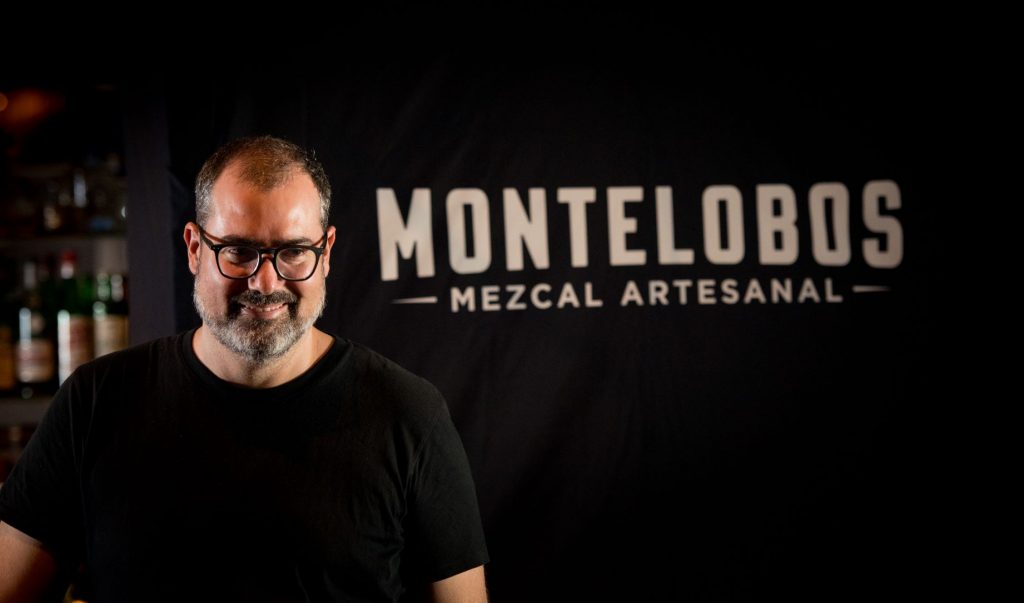 They call him el maestro

To make his case, Saldaña outlined what he called the four pillars of mezcal flavour:

1: Green agave: These are herbal flavours that comes from the plant itself, like basil, mint and orange peel. These function like the botanical flavours in gin. There are at least 30 different types of agave used to make mezcal all with distinct flavours like grape cultivars.

2: Sugar: A piña (the core of the agave plant) is around 38% sugar. “It’s basically a big ball of sugar and water sitting in the desert so everyone wants to eat you,” said Saldaña. To protect it, the plant has spikes and stores its sugar in an indigestible way. During the cooking process the sugars will be caramelised producing flavours of honey, toffee, and dried fruit. The slower the cooking, the more flavour.

3: Smoke: Also produced during the cooking process. You have to be careful as the sticky oily wood will ruin the flavour. The right wood gives you chocolate, chilli and black pepper which can give the mezcal an aged flavour if it is is a joven

4: Yeast: “The funky side comes from fermentation,” said Saldaña. Mezcal is made with wild rather than cultured yeasts. He explained that this is one of the things that most spirits have lost as production has been industrialised. “More yeasts equal more complexity but also more risk,” said Saldaña. There are also bacteria which produce different acids, such as lactic, acetic and malic as well as esters. Earthy, fruity (think high ester rum) and funky flavours come from fermentation.

We then tried three types of mezcal that show products from the range:

Use three types of agave: 55% artichoke, 35%, and 15% tobala.
Nose: much funkier than the Black Label, there’s a cereal note with liquorice.
Palate: thick texture, intense with green minty notes
Finish: savoury and briney, like a dirty Martini.

Made from tobala, a particularly small type of agave.
Nose: cheesy nose, fatty, touch of wrong about this, like a particularly funky rum. Very little smoke.
Palate: aromatic, clean and fresh on the palate with earthy notes.
Finish: nutty and earthy. 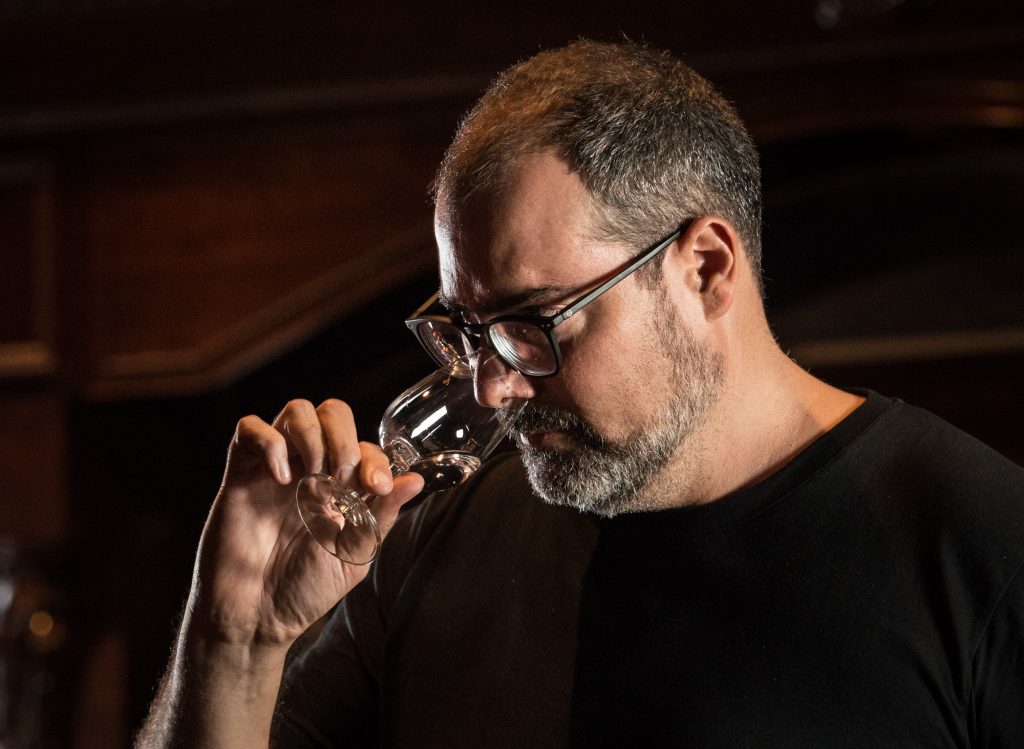 That’s just what the doctor ordered

Montelobos also makes a pechuga. This is a traditional Mexican spirit where the spirit is flavoured with various fruits and types of meat for the Day of the Dead. Montelobos uses almonds, macadamia, orange peel, hibiscus, anise and cacao, and turkey. Not suitable for vegetarians. Though it is, oddly, fine for observant Jews. Two of Saldaña’s business partners are Jewish so this pechuga is certified kosher. Finding a rabbi in rural Mexico to supervise production was apparently not easy. The resulting is incredibly intense. Saldaña described it as “tasting of Christmas.”

Production at Montelobos is traditional. The team crush the agave with a tahona wheel (big stone thing) pulled by a mule. Fermentation is with wild yeasts and then distillation takes place in a small copper still which is direct fired. They put agave fibres in with fermented agave in the traditional manner. Mezcal is produced in eight tonne batches each producing around 1,000 litres of spirit. The agave comes only from cultivated fields, much better for the environment than using wild plants, according to Saldaña. They let some plants flower to aid biodiversity.

I asked the doctor whether he thinks mezcal might be finally taking off outside Mexico. He was honest: “we are over-represented in the press compared with sales”. But he has had a great response from bartenders in the UK. He sees the growth of tequila as a good thing, as some customers will move from one to the other. “Tequila is like blended whisky and you progress to single malt, ie mezcal”, he said.

A couple of weeks after I met with him, the news came through that Campari had bought a 51% stake in the company. His views on expansion were interesting: “We want to be a medium brand. We can use artisanal process but we can expand. We want to make more product but keep it honest and authentic”. With the might of Campari behind them, we’re likely to see a lot more of Montelobos.

Master of Malt @MasterOfMalt
4 hours ago
Showcasing some rather unusual African botanicals, it's Elephant Gin! Ever wanted to taste baobab, the Buchu plant, Devil's Claw and African wormwood? This is the tipple for you!

Master of Malt @MasterOfMalt
5 hours ago
'I visited Islay with its unspoilt beaches and whisky galore and here's why it's the perfect island when the sun shines'
https://t.co/5gmAzrL350
View on Twitter
1
7

Get ready for Halloween!