Few spirits categories have the power to capture a sense of place like single malt whisky, from the wind-ravaged Scottish Highlands to the sweltering heat of Texas – and the climatic extremes of northern Sweden. As High Coast Distillery’s environmental Origin Series hits the UK, distillery manager Roger Melander talks us through the unique conditions that shape the liquid…

“There are about 17 distilleries making whisky in Sweden, and most of them are really small,” says Melander, addressing the room in the beautiful vaulted cellars of Berry Bros. & Rudd in London. The historic wine and spirits merchants have started importing High Coast’s liquid through its trade arm, Fields, Morris & Verdin, and we’re here for a private tasting. “I would say there are three that are big enough to be commercial, and just two of them have whisky on the market – Mackmyra, and us.”

High Coast has come a long way since it began distilling in November 2010, creating Box Single Malt Whisky under the brand Box Destilleri, so named because of the distillery’s location by Ångermanälven river in a former wooden box factory power plant. The brand name changed last summer, “because of a small conflict with another company that had Box in the name,” says Melander, and now refers to the High Coast – or Höga Kasten – region of Sweden it calls home.

Initially, the team started distilling with two pot stills and three washbacks, aiming for about 90,000 litres of pure alcohol per year, he says. Last summer, High Coast expanded its capacity to about 350,000 litres, with current production sitting at around 200,000 litres. Melander’s three-strong production team distils seven days a week – on average one or two batches per day – following two new-make recipes: unpeated and heavily peated.

“For the unpeated recipe, we had a lot of inspiration from Japanese style flavours,” he says. “I wanted to create a fruity, clean malted spirit. For the peated recipe – well, you can’t make a peated whisky without looking at the west coast and islands of Scotland. Sometimes I feel it’s more like the Islay style, and sometimes a bit more Campbeltown.”

Finalised in just two weeks, the unpeated recipe is made with a Pilsner malt hailing from the south of Sweden. Creating the peated style was a far longer process, with the base ingredients proving trickier to source. “The only producer making peated malt in Sweden is on the island of Gotland,” says Melander, “but he is making peated malt for homebrewers that want to have 250g in an envelope. I want 25 tonnes each time, it’s a bloody big envelope.” Instead, he must buy from Belgium or Scotland. A French strain of distillery yeast fills the resulting mashes with fruity esters, aldehydes and ketones during an unusually long fermentation time of around 82 hours.

While Melander and his team have experimented with “different malts, yeast strains, fermentation time and so on” throughout the production process, their key focus is on cask variables: oak species, treatment, size, and maturation environment. It’s the latter that makes High Coast’s location northern Sweden, around 500km north of Stockholm, unlike any other whisky region in the world.

This see-saw effect causes pressure changes in the cask, increasing the interaction between the oak and liquid and creating some marvellously fruity esters. “Small variations during day and night and big changes during seasons creates a unique maturation profile in our warehouses,” he continues. “You can taste the difference between casks matured on floor level and casks matured just below the ceiling.”

There’s also the small matter of water. Every distiller says they have special water, Melander acknowledges, but the charcoal and sand-filtered water they source from Bålsjön, a spring lake northeast of Kramfors, is exceptionally so. “The quality of the tap water in a normal house in northern Sweden is much better than you can buy in a bottle in England,” he says, adding that in fact, it might even be too clean. “In a perfect world, I would have a bit more salt, magnesium and so on, to increase the power of the yeast during fermentation.”

While there’s usually plenty of chatter about water purity, few producers discuss the relationship between cool water and a characterful distillate. The ice-cool waters of the nearby river Ångermanälven is a huge asset for Melander, who taps the liquid to cool his condensers. “In the winter our new make temperature is two and a half degrees celsius,” he says. Your average Scotch distiller would be “extremely happy” if the temperature falls below 20 degrees at any point of the year, he adds, so it’s quite unique.

All these variables empower the team to create more than 1,000 different products every year, Melander says, including their latest range, called Origin Series. We tasted three out of the four bottlings – the final whisky, Berg, will launch in September 2019 – plus a rather unique special edition, detailed below…

Älv means ‘River’, and is named after the nearby Ångermanälven River. Made from 100% unpeated malt, the whisky has been matured in first fill bourbon casks for between five and seven years. “The first three batches will be mixed between 130-litre casks, called quarter casks, and 200 litre first-fill bourbon,” says Melander. “In two years I won’t have any quarter casks left, so it will be just bourbon barrels.”

Translated as ‘ocean’ in English, Hav is a blend of 25% peated and 75% non-peated malt whisky. The whisky was pre-matured in 40-litre virgin Hungarian and Swedish oak casks for between three and four months before it was transferred into bourbon barrels for between three and four years. American oak will feature in future batches. “[Ångermanälven] is about 2,000 metres wide so it’s technically part of the ocean, but it’s still called a river,” says  Melander. “My house is located on the other side. Sometimes in summer I take the canoe to work, in the winter I have a snowmobile and that’s a bit quicker.”

Meaning ‘timber’ in English, Timmer is made from 100% peated malt whisky with a phenol level of around 46 PPM. The liquid is matured in first fill bourbon casks in a combination of 130-litre and 200-litre casks for between five and six years. “About 500 metres upstream there was a big timber assorting place in the seventies with about 700 people working there,” says Melander. “If you dive down, the bottom of the river is completely covered in timber that has sunk.”

A fan of geocaching, Melander soon discovered that the distillery lies 63 degrees north of the Earth’s equatorial plane. “The latitude crosses through the whole warehouse, so I painted a black line on the floor as a fun thing to show visitors,” he says. “Then I thought, ‘We can do something more with this’.” Melander bought 63 PPM malt from Scotland at the price of 6.3 Swedish kr per kilo. It was mashed in 63-hectolitre batches with a fermentation time of 63 hours. “I would say at 63 degrees celcius, but that would be a lie,” he says, “because it was 64”. Each cask – made by a Swedish cooper who was born in 1963 – was filled with 63 litres of liquid and stored at 63 parallel, precisely 63 decimetres from the floor. It was matured for (you guessed it)  63 months and bottled at 63% ABV. “I would really like to have 63cl bottles but… if you take 63 plus 6.3 plus 0.63 plus 0.063 and carry on that, you end up exactly at 70,” says Melander. “And that is the bottle size”. The goal is to make 16,063 bottles.

Master of Malt @MasterOfMalt
11 hours ago
At 43 years old @TaliskerWhisky Xpedition Oak: The Atlantic Challenge is the oldest release yet from the Isle of Skye distillery. We take a closer look. #ScotchWhisky 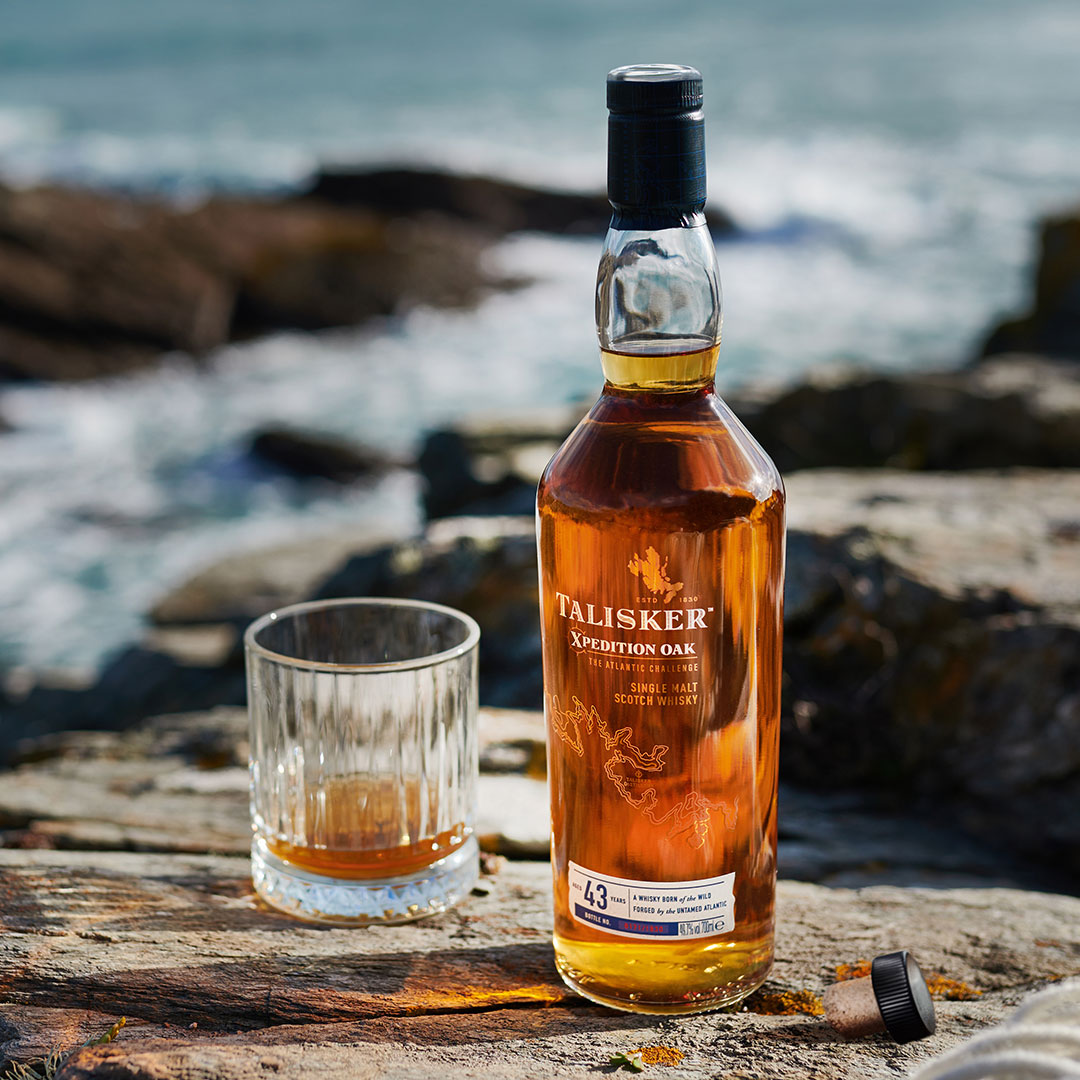 Master of Malt @MasterOfMalt
12 hours ago
Terroir in #whisky exists according to peer-reviewed paper funded by @WaterfordWhisky in Ireland. https://t.co/Nkqi7neyB1
View on Twitter
3
6

Master of Malt @MasterOfMalt
13 hours ago
This week’s #cocktail was invented by a true legend of the bar, Joe Scialom from Shepheard’s Hotel in Cairo. He combined #bourbon, gin, lime and ginger beer to create the Suffering Bastard! 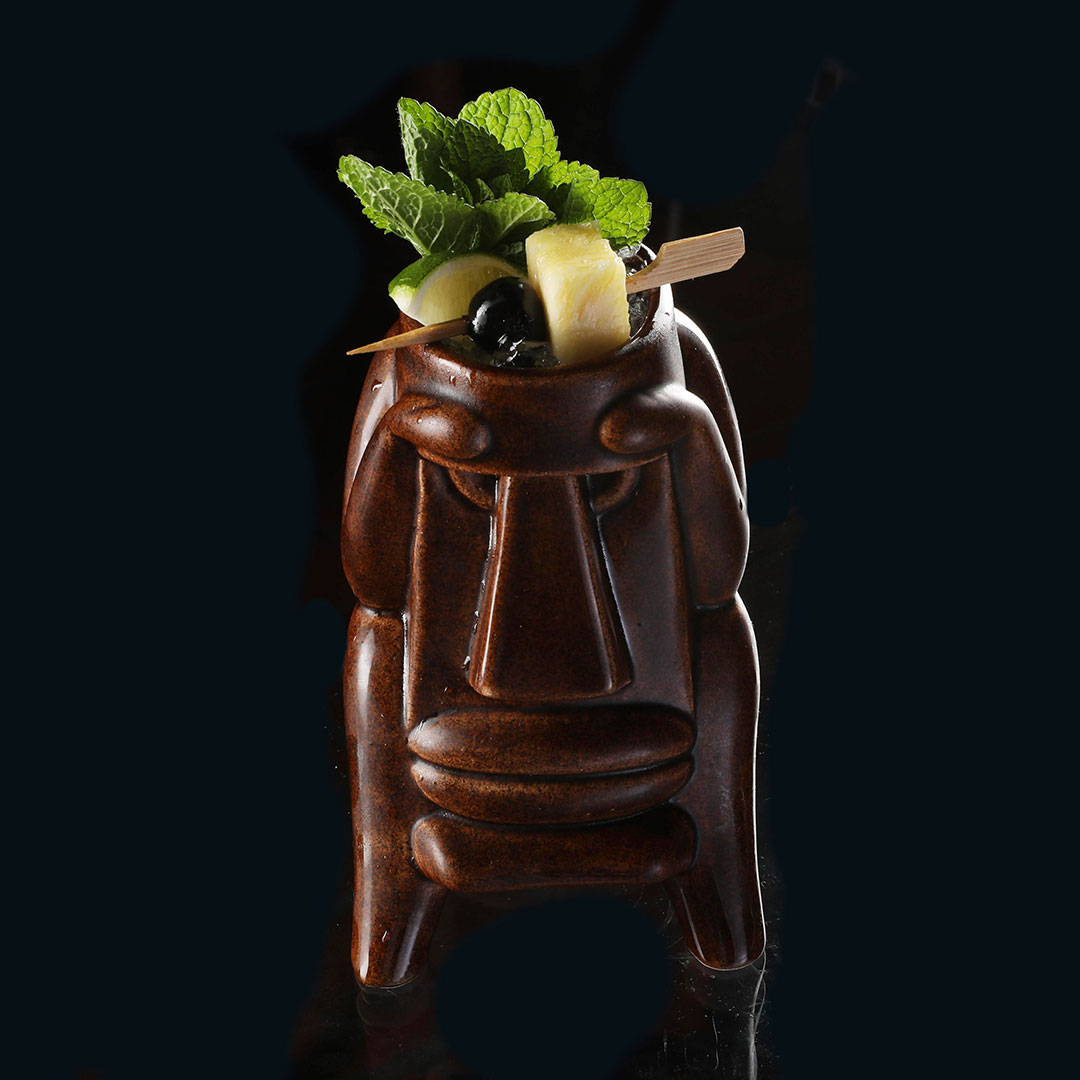