Royal Salute is toasting a couple of delightful additions to its signature range with its first-ever blended malt and permanent peated whisky, as well as a fancy new makeover.

Back in May, I was fortunate enough to be invited to Aynhoe Park, a Grade I listed, 17th-century country house in the Cotswolds, by Royal Salute, who promised big news. But before we get to that, we need to discuss the venue.

It’s like the Mad Hatter’s summer house. There are stuffed giraffes with bow ties and bowler hats. A herd of (unstuffed) white stags roam in the fields outside. There’s even an underground nightclub. Somehow, none of this was the most exciting part of our adventure, however.

That was to come in the form of delicious Scotch whisky, as Royal Salute revealed the reason why we were all assembled was so it could show off its brand new look and two delicious drams: The Lost Blend and The Malts Blend. We’ll get to the makeover later, but we know you really want to hear all about the two additions to the signature 21 Year Old range.

Master blender Sandy Hyslop was visibly excited about them himself at the event. “As master blender for Royal Salute, there is no greater honour than protecting the continuity of the blend that was first created in 1953 and has remained exceptional ever since,” he explained. “But to have the opportunity to create something entirely new for this sensational portfolio – an elevated Scotch evoking the signature Royal Salute style but with its own unique characteristics – that’s truly the dream.”

Without further ado, let’s take a look at them… 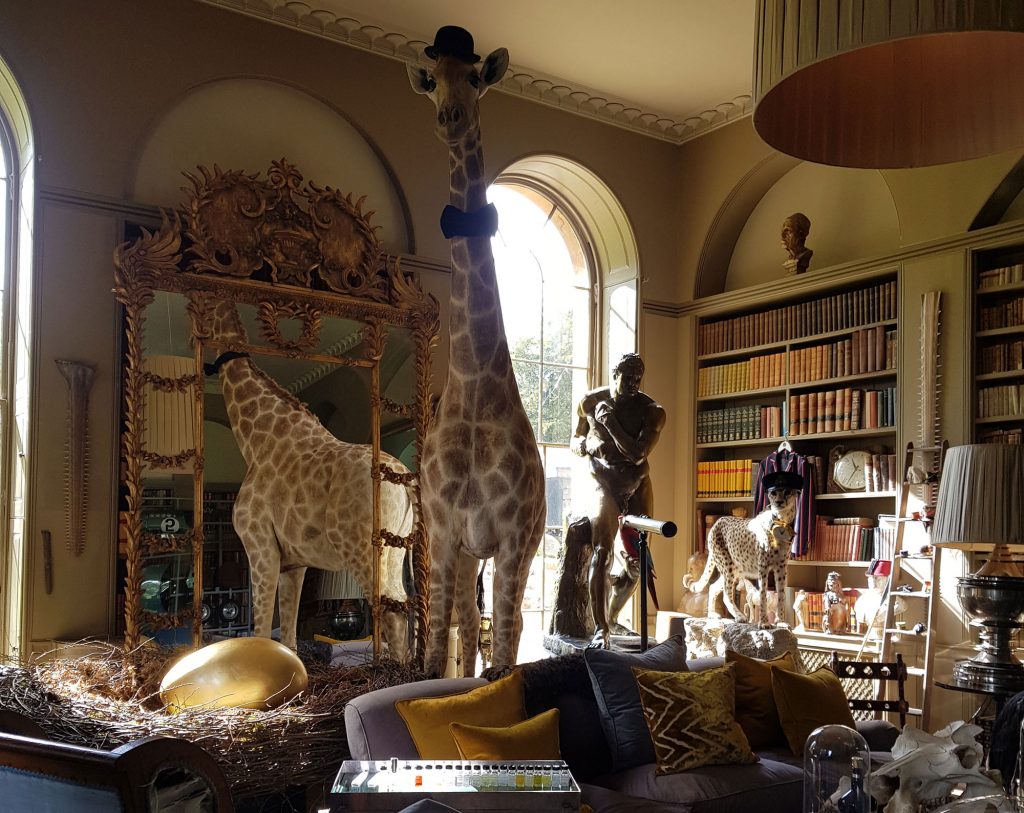 Our first newcomer is The Lost Blend, which includes scarce whiskies from distilleries no longer in production such as Caperdonich and Dumbarton (much like the Lost Distilleries Blend). Whisky from the Imperial Distillery is said to be at the heart of the blend, which is a fitting choice for Royal Salute, a brand that has obvious connections to royalty. Imperial was named in honour of Queen Victoria’s Diamond Jubilee, while the distillery itself topped with a gilded cast-iron crown in tribute to the momentous event.

Available exclusively at Duty-Free stores around the world, the Lost Blend is the first permanent peated whisky to join the Royal Salute range alongside The Signature Blend. The expression is, of course, presented in Royal Salute’s new-look packaging and housed in a crafted porcelain flagon.

“Including some of the scarcest whiskies in our inventory, The Lost Blend celebrates the legacy of some of the best whisky distilleries in Scotland which I am proud to immortalise in an exceptional new 21 Year Old blend”, Hyslop said of the whisky. In the press notes, we were told to expect notes of sweet, juicy pears, orange rind, hazelnuts and aromatic peat from The Lost Blend. Here’s what we thought of it: 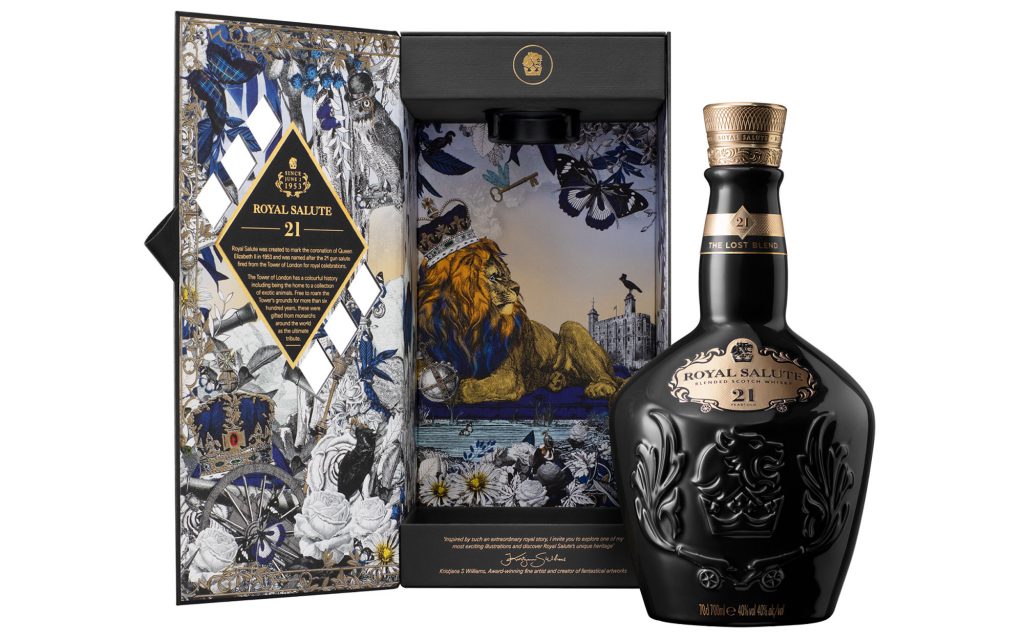 The second addition is The Malts Blend (my personal highlight), which was crafted with more than 21 single malts aged for a minimum of 21 years from the five whisky regions of Scotland. Royal Salute’s hot new makeover is also present in The Malts Blend’s packaging, which is housed in a crafted porcelain flagon. Because consistency is key.

“Like a symphony, each of the single malts ‘performing’ in this blend complement and enhance one another’s unique flavours and together create the final composition,” commented Hyslop. “Working with the finest single malts to create The Malts Blend was extremely special, and from the moment you taste the super-sweet richness of this blend, with its hints of spice, it’s clear that this whisky is nothing short of magic”.

Royal Salute says that The Malts Blend is an “indulgent and profound Scotch whisky” that’s bursting with notes of orchard fruits and enriched by subtle spices. Once again, here’s what we think: 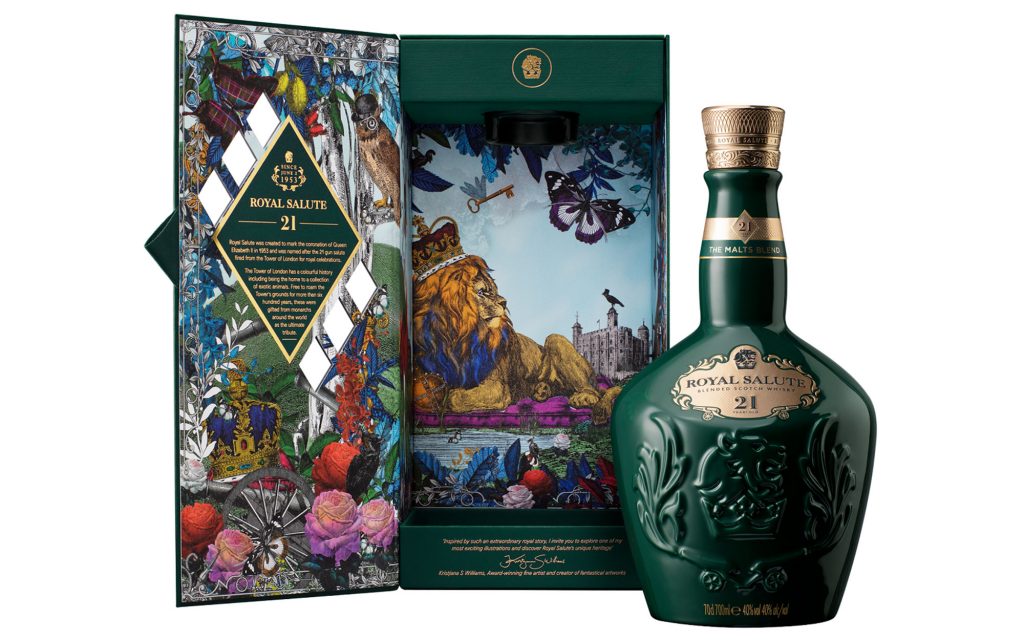 Finish: Stone fruit in syrup, which lasts an age, with a hint of cooked banana. 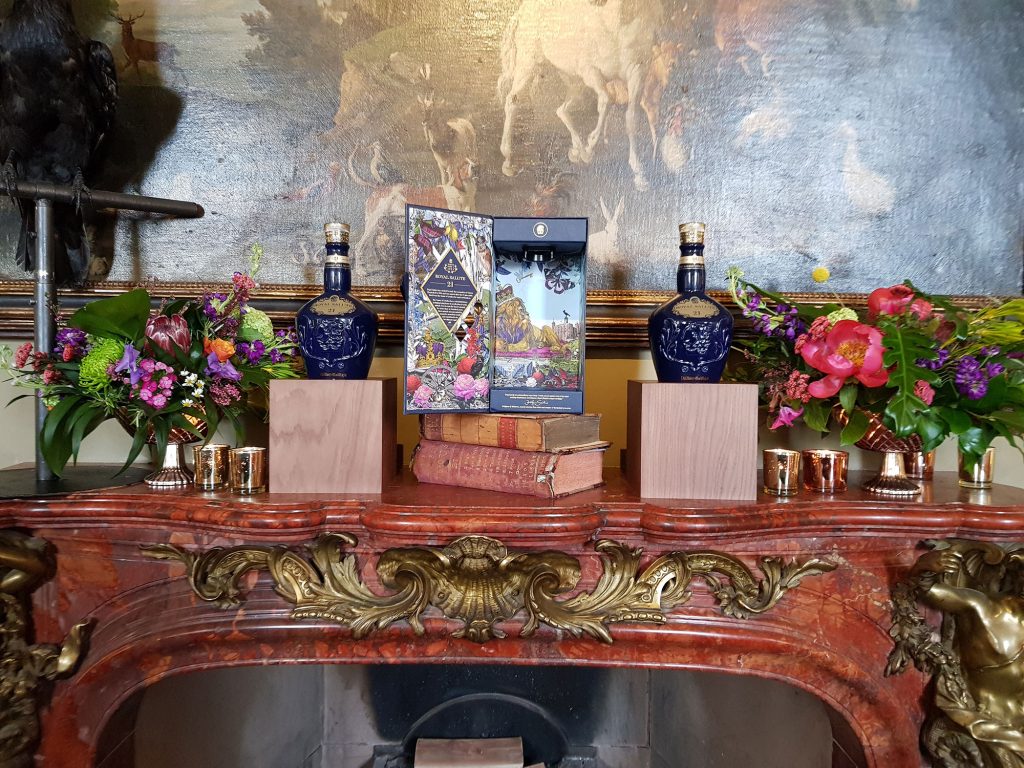 Royal Salute showed off its new look at Aynhoe Park

The makeover, meanwhile, was created in collaboration with artist Kristjana S. Williams. “We wanted to create something special for our Signature 21 Year Old. This is, after all, a whisky first created for royalty. The result is a fun, vibrant take on our rich heritage that brings to life our royal legacy with a colourful depiction of the British Royal Menagerie at the Tower of London, and it’s unlike anything we’ve seen from a Scotch whisky,” commented Mathieu Deslandes, Royal Salute’s marketing director. “There has never been a more exciting time for our brand. With a bold new look across our packaging that speaks to our unique quality, craft and personality, we’re raising the bar for Scotch whisky. And we’re only just getting started.”

The packaging really is something, especially the Royal Salute lion, crooked crown and all, looking over his colourful kingdom. It’s quite the scene. There are patriotic fluttering tartan butterflies, one very fashionable owl and plenty of nods to the production process of Royal Salute whisky like oak casks, a rushing river and Speyside distillery. It’s quite a departure from the classic Royal Salute look. It also has to be said, the more you look at the design, the more Aynhoe Park makes sense as a venue. It literally had a lion with a crown in the dining room. I want to go back.

Things are certainly looking good for Royal Salute, in and out of the bottle. We’re looking forward to seeing what they do next.