Our New Arrival of the Week is a Tennessee bourbon from the Heaven’s Door brand that was co-created by Bob Dylan (yes, the Bob Dylan).

Something is happening here, and we know exactly what it is. It’s another celebrity booze, folks! Ryan Reynolds is breaking through walls all over the place to promote his involvement in Aviation Gin. George Clooney made waves and the serious big bucks with Casamigos Tequila. David Beckham associated his frankly distractingly good looks with Haig Club Scotch. Now Bob Dylan has a Tennessee whiskey brand.

It’s called ‘Heaven’s Door’, a reference to Dylan’s little-known ditty, Knockin’ On Heaven’s Door. The project started back in 2015 when Marc Bushala, the CEO of Spirits Investment Partnership and a former partner in Angel’s Envy bourbon, discovered that Dylan had registered a trademark application for a “bootleg whiskey”. He approached the legendary singer-songwriter about realising the idea. Ryan Perry and Jordan Via were brought on board as director of whiskey development and master distiller respectively, and together they established the character and taste of Heaven’s Door whiskey.

The core range features three expressions: a Straight Rye, a Double Barrel Bourbon and our New Arrival of the Week: the Tennessee Bourbon. 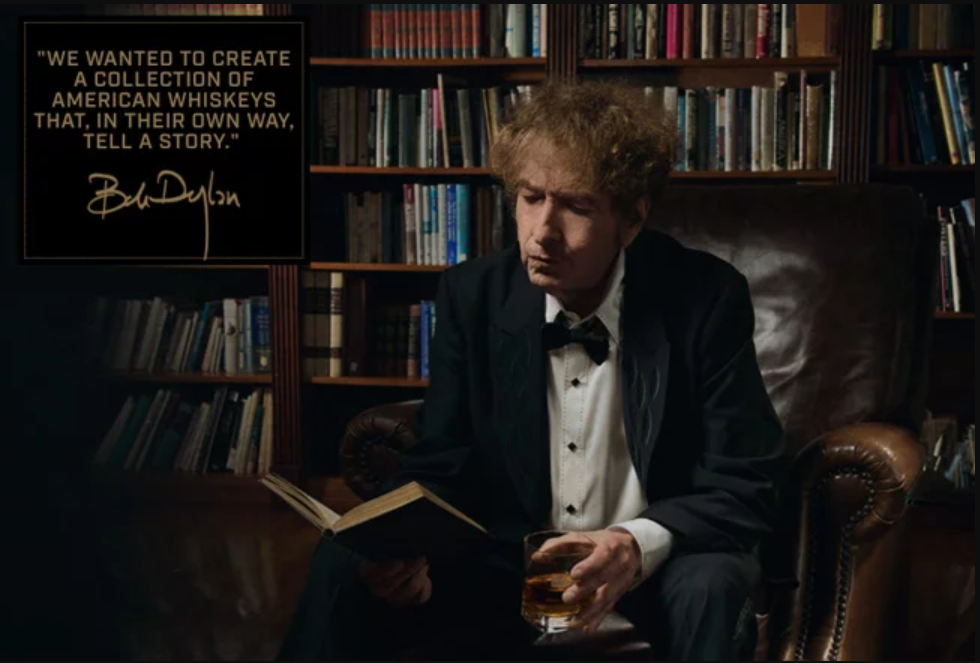 The Tennessee Bourbon was made with a mash bill of 70% corn and 30% ‘small grains’ (tasting it there’s definitely rye, I’d guess a touch of wheat too), and was matured for at least eight years in American oak barrels. The Double Barrel Bourbon is a blend of three whiskeys which are then finished in hand-toasted, new American oak barrels from Louisville-based Kelvin Cooperage, while the Straight Rye has a particularly interesting maturation story, as it was finished in toasted oak cigar barrels (as in cigar shaped, they’re not barrels that previously held cigars). from Vosges in France.

As of yet, there’s no distillery, so there’s been some debate about where the liquid for these bottlings was sourced from. Some say George Dickel. Others reckon Davidson Reserve from Pennington Distilling Co. What we do know is that the whiskeys are directly tied to Tennessee either via distillation, ageing, barrel finishing or bottling.

But, rather excitingly, The Heaven’s Door Distillery and Center for the Arts is slated to open in 2020 in a church, built in 1860, in downtown Nashville. where Dylan recorded four albums. While it’s going to be home to Heaven’s Door whiskeys, the site itself sounds more like a Dylan centre of excellence, complete with an art centre of all of his paintings and metalwork, as well as a concert venue, a restaurant and whiskey library. I simply must go there. 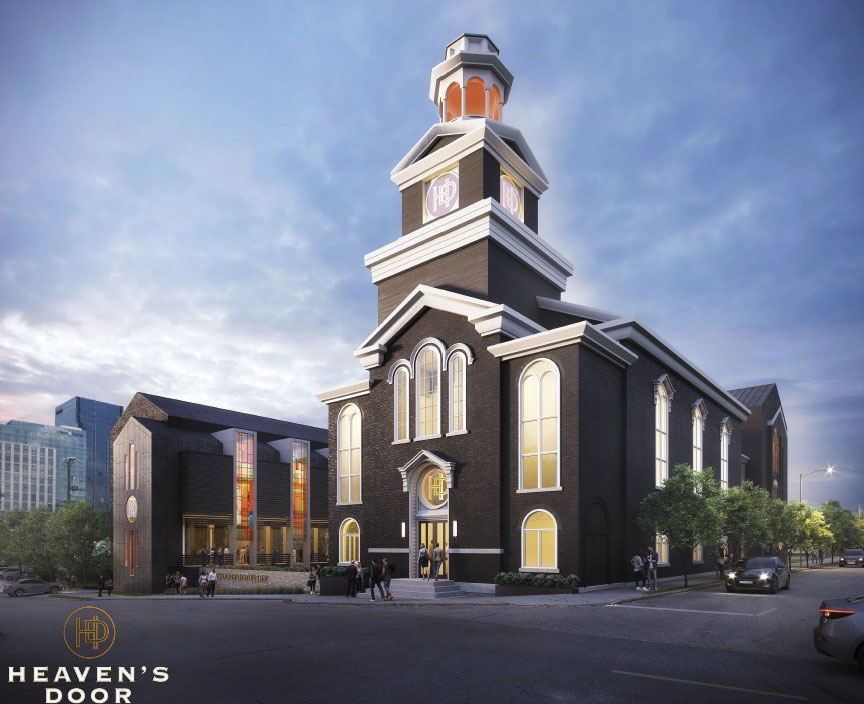 You might have spotted in that last paragraph the mention of metalwork, so let me confirm your suspicions. Bob Dylan is a metal artist. And the iron gate artwork depicted on each bottle? Designed by the man himself in his studio, Black Buffalo Ironworks. The Tennessee Bourbon sports a metallic crow, while the rye features a heel spur and a shovel adorns the double-barrel whiskey. It makes for striking artwork and gives the bottles, which I have to say are quite beautiful, a unique aesthetic.

It’s interesting to note the scope and effort that is being put into Heaven’s Door as a brand. It would have been very easy to buy some whiskey, slap Dylan’s name on it and watch the money pour in. But the impression I get is that this is not that kind of operation. There was clearly a lot of time and effort put in to creating the three core expressions. According to Perry, “It took over 100 different blends to find the desired tastes for Heaven’s Door”, and some interesting maturation processes were explored that a more cynical brand wouldn’t have bothered with. The plans for the distillery are extensive and read like a shrine to Dylan. And the man himself appears to genuinely be a full partner, not just a pretty face.

So it appears that we have an intriguing new brand in our midst. But do the whiskey’s stand up to scratch? Upon the launch of the whiskeys, Dylan was quoted as saying: “I’ve been travelling for decades, and I’ve been able to try some of the best spirits that the world of whiskey has to offer. This is great whiskey.” I’m cautiously inclined to agree. 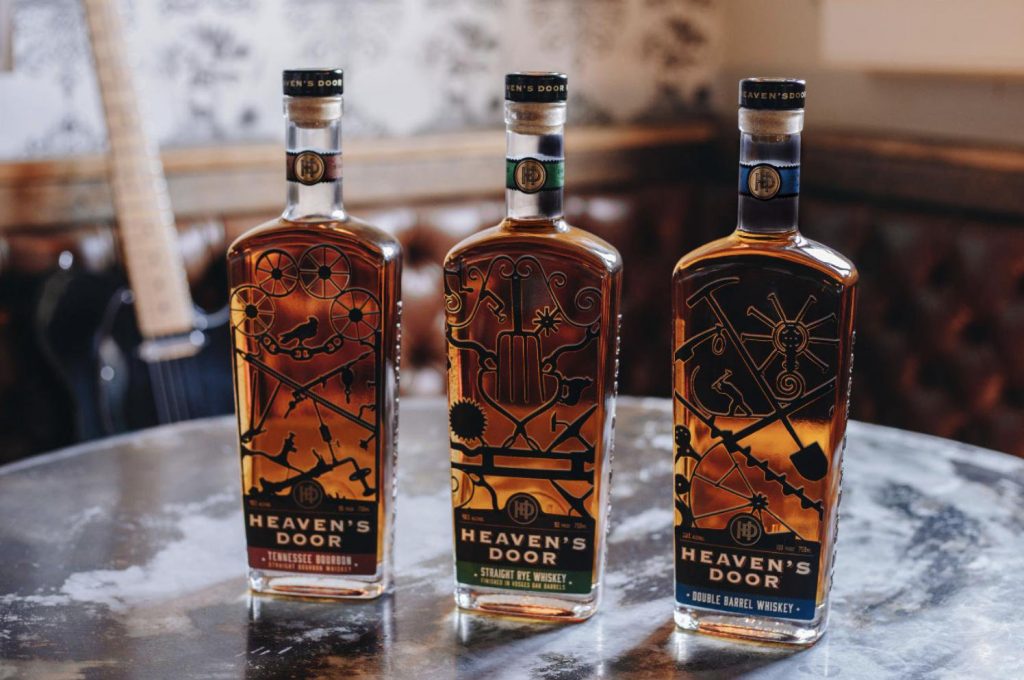 Today’s highlighted spirit, the Tennessee Bourbon, is my personal highlight of the range. Its corn-forward mash bill creates the kind of light, supple and sweet profile you’d expect, but there’s more going on here. It’s varied, elegant, and often pleasantly surprising in its complexity. I’d generally prefer it neat as I wouldn’t want to drown its subtle qualities, but bartender Jason Yu did create a Whiskey Smash recipe that I’m intrigued to try (I’ve included the recipe below so you can experiment yourself).

It’s worth pointing out that across the brand’s website and various social media platforms there are numerous cocktail recipes and suggestions to mix and play with Heaven’s Door whiskeys. It’s good to see they’re not taking themselves too seriously and have veered away from defining its whiskey by dated stereotypes.

Heaven’s Door Double Barrel Bourbon is darker and spicier, with more candied fruit, but the poorest of the three for my money. It’s a little thin and lacks the intrigue of the Tennessee Bourbon. The same cannot be said for the rye, which is completely unexpected. It’s incredibly delicate and measured and avoids the trap of being a one-dimensional spice-bomb. It might not satisfy those who prefer a more conventional rye profile, but this is Dylan, after all, so you should expect something that takes you down a different path. 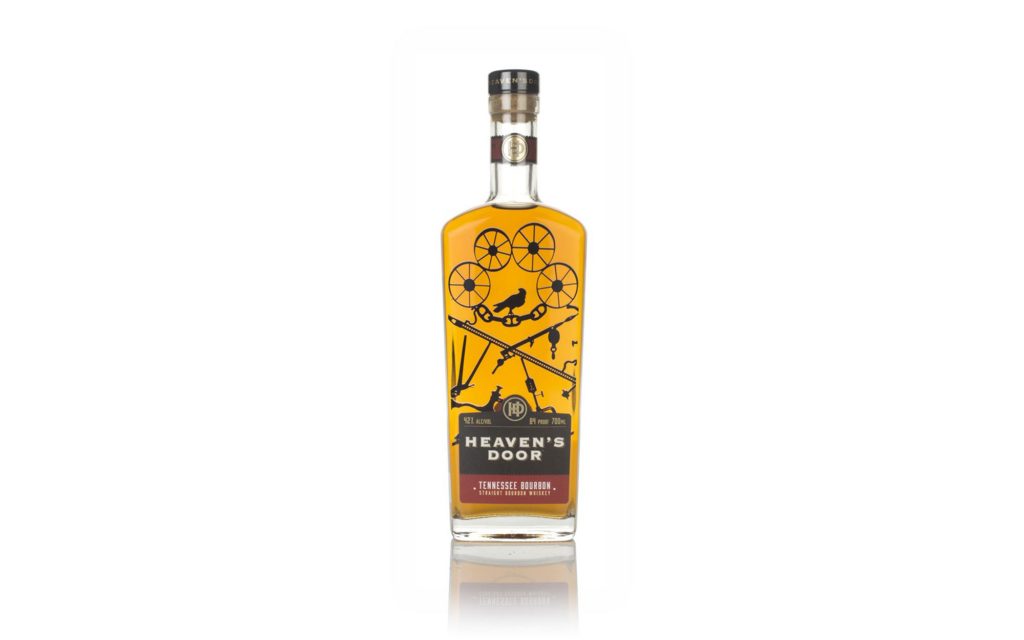 Nose: Maple syrup and pecan pie sweetness initially, before the aroma of warm baked bread rushes through with hints of dried earth, sweet tobacco, and new leather in support. Root beer, apples and brandied cherries emerge with time, while herbal tea and a subtle lick of marzipan reside in the backdrop.

Palate: Manuka honey, rye spice and cedarwood emerge through a beautifully measured vanilla note, which is sweet and slightly earthy. Toffee popcorn, butterscotch and apple pie add more sweetness which oaky tannins and sharp blueberries temper. Blackberry jam on soda bread develops with water, as does a little dusty oak and creamy nuttiness. Some orange peel, too. And nougat. Also gingerbread. This one just kept going.

Finish: Thick, long and spicy, with a big hit of black pepper keeping notes of dark fruit and caramel sundae in good company.