Henry Jeffreys
No Comments on New Arrival of the Week: Gothic Gin

Today, we’re toasting the start of another week in the booze business with a super fancy gin that has taken America by storm and has now landed in Britain. It’s bold, it’s smooth, it’s Gothic Gin!

If you’re used to the diffident English sales pitch, it can be unnerving being on the receiving end of the American version. Earlier this year, I met with Chris Klug, the founder of Gothic Gin, and he explained how the idea for his product came from a visit to a gin school in Barcelona. Whereas we might say something like: “well, I turned out to be surprisingly good at it,” Klug just said “we did a blind tasting at the end of the class and my gin won unanimously. There were some professional distillers taking the class, and they said congratulations on gin.” Unnerving but also refreshing. No false modesty here. 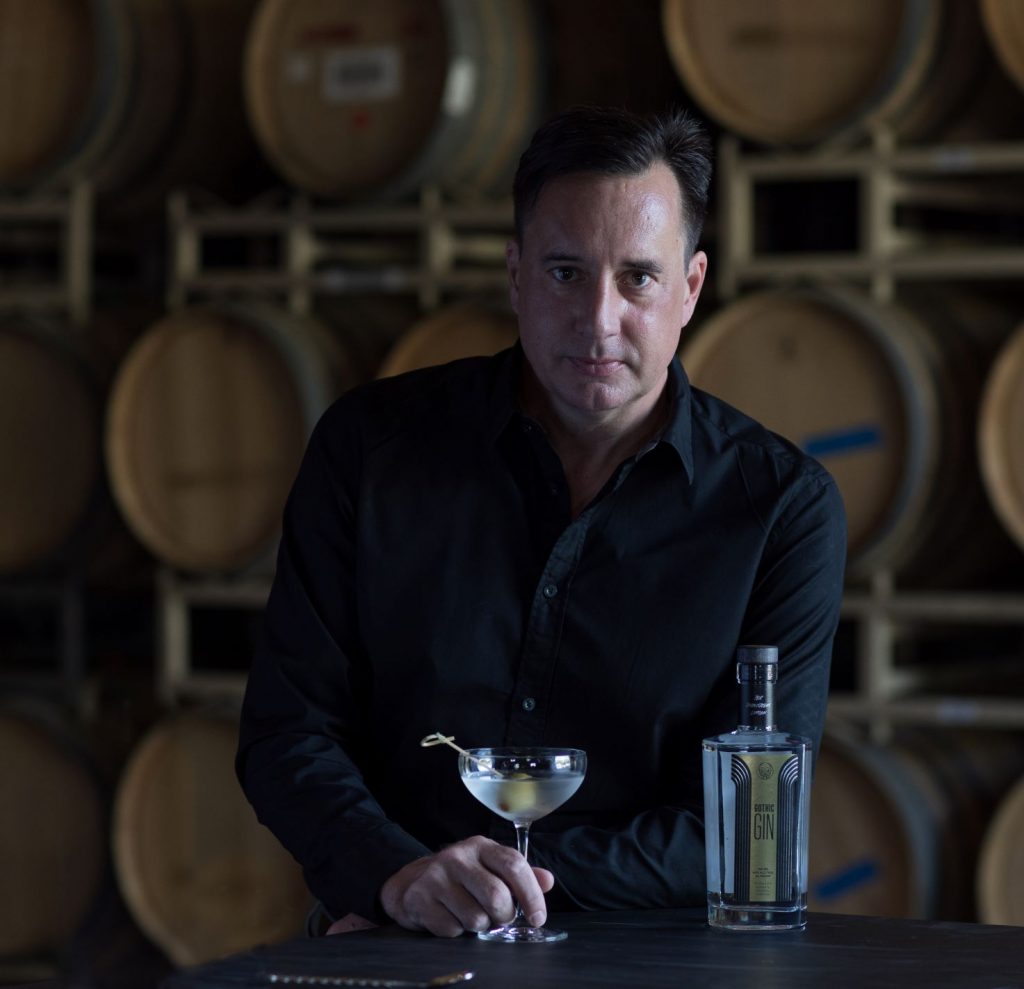 And so Gothic Gin was born, named after the Barrio Gotico in Barcelona. Klug had long been interested in food and drink. He’d worked as a chef to pay his way through college and later studied viticulture and distillation. In fact, he said “gin was the only liquor I didn’t know how to make.” That confidence again. But food and drink were always a “passion not a profession.” Klug’s job was in tech which included working as global business manager for Microsoft.

He was travelling between 200-300,000 miles per year in his job when in 2018 he collapsed. His girlfriend found him face down on the floor with his left side paralysed. The doctor diagnosed bone spurs in his spinal cord and thought he would have been permanently paralysed had he come in eight hours later. Thankfully, according to Klug, “the treatment was mostly successful. The spurs were removed. I am left with just a small amount of nerve damage in my left arm and hand.” To mend this, the doctors wanted to do an elaborate procedure that would involve “pulling my whole body apart and putting it back together.”

Klug declined and instead decided to quit his job and go travelling, which is how he found himself in Barcelona. After initially dismissing the idea of commercialising Gothic Gin, he changed his mind and enrolled at the Ginstitute in London. He then went back to California and found a contract manufacturer “to take it from the lab recipe to production recipe, which is actually quite a process.” 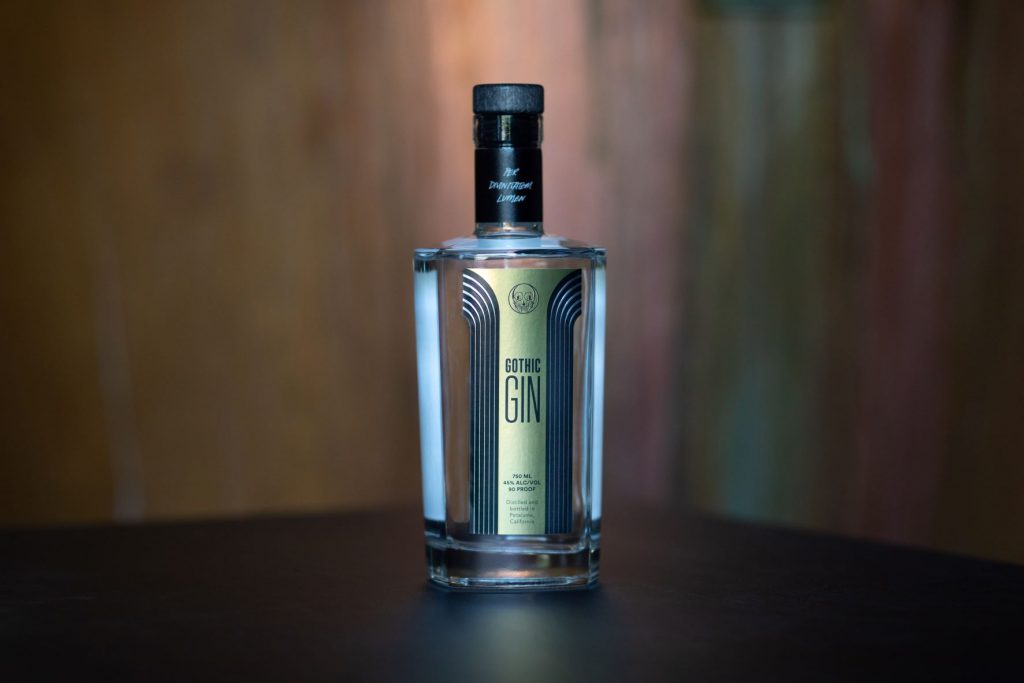 The first production run in 2019 won gold for best American Contemporary Gin at the World Gin Awards in London. The following year it was runner up for World’s Best Contemporary Gin to Sky Wave gin. “I am still upset about that,” he said. This was followed by Best American Gin in the 2020 Gin Guide Awards. Back at home, “I was literally walking around San Francisco selling gin door-to-door.” He’d put a crack sales and marketing team together who were ready to take Gothic global.

Then lockdown happened, and happened again, and again. As with many producers, he focused on the off trade and now ships to 48 states in the US, but plans for launching in Britain and Europe were shelved… until now! 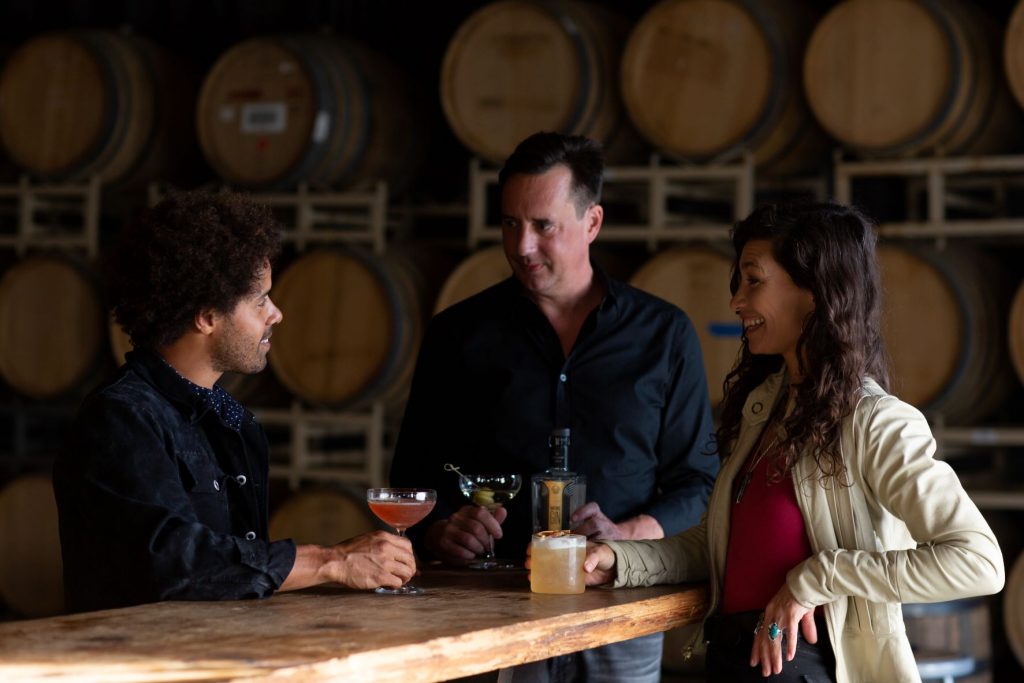 It’s certainly a bold move launching a £50 gin into a crowded, some might say saturated market. When I asked if he was worried about this, initially he seemed not to understand the question. “I’m not apprehensive at all,” he replied, “I’ve tried a lot of those gins, there are some good gins out there. I’d say our product stands up against any gin. I think we’ve created a great gin and we have great branding.” The stylish looking bottle is inspired by the Uffizzi in Florence.

Luckily the contents are extremely impressive too. According to Klug, he “followed the London dry gin methodology.” It’s made with a base of corn spirit which is a little sweeter than the neutral grains normally used in Britain. Alongside Tuscan juniper, the key botanicals are Valencia orange and Portuguese eucalyptus, The latter is distilled two ways, in the 1,000 litre copper pot still and by vapour infusion: “if you get it wrong you end up with green gin.” He’s very particular about the oranges too, scraping the pith off himself. Apparently in one batch, an employee allowed a tiny bit of pith through and made it taste bitter. “She’s no longer with us,” he joked. Or at least I think he was.

Currently the gin is made at Griffo Distillery in Petaluma, California. Despite it being a contract producer, Klug is very much a hands-on distiller. “I’m there for every single run, I taste heads, hearts, and tails, so it’s my palate.” But he also brings a bit of “Silicon Valley” to the traditional process with sensors and a machine learning programme analysing flow rates, temperature, and ABV in real time. “What I love about distillation best is it’s an expression of art and science at the same time,” Klug said. 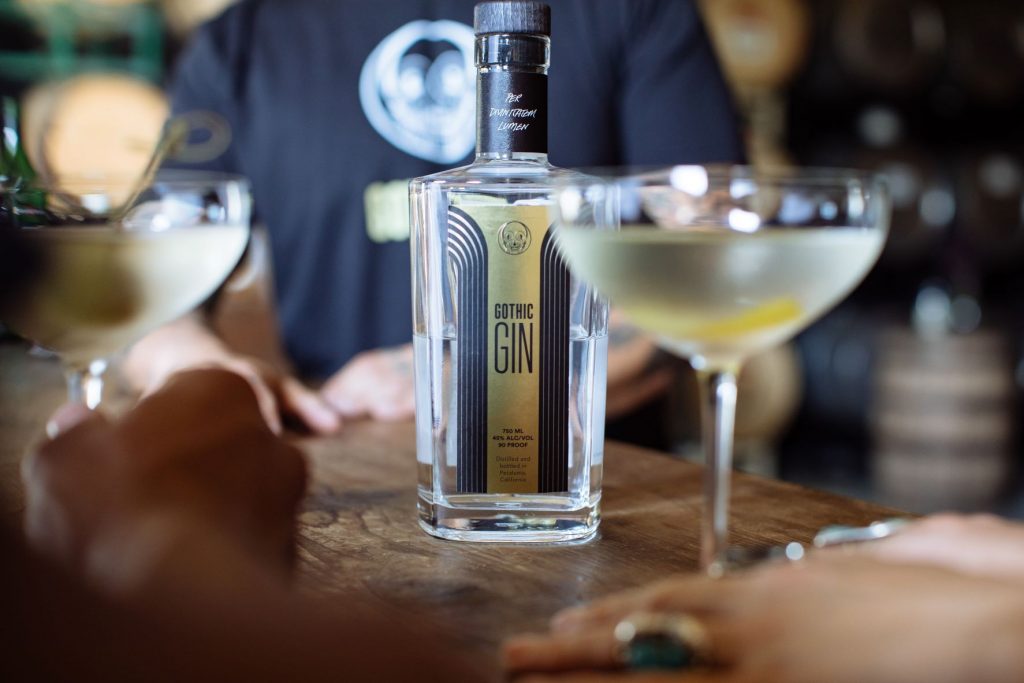 That care and attention to detail really comes through when tasting. The first thing I noticed was its incredible smoothness with a sweetness from the corn spirit. Then it’s the harmony, it’s floral and citric but without anything standing out. It really is a great gin for sipping neat (I hardly noticed the 45% ABV) or in a Martini. Klug also raves about Negronis and more elaborate cocktails like the Gothic Kiss, a take on the Mojito on the website.

When I met with him he was clearly delighted to finally be launching his gin properly in London. “This is the mecca for gin. If we’re going to make a gin I want it known as one of the best gins where gin is the best, London.” It seems that word is spreading. “I’ve been stopped twice in the street and people have said, “you’re that gin guy from America.” Unbelievable!

As I said, he’s not short of confidence: “As an athlete and a salesperson I do have confidence. I don’t shy away from competition.” He’s thinking big with the marketing too. In the US, he’s already done collaborations with the Rose Bowl stadium in Pasadena, and he’s just announced a partnership with Goodwood racing circuit in Sussex. Bars such as Hawksmoor and Mr Fogg’s have already signed up.

With a gin this good, and no shortage of confidence and sales expertise, how can Gothic Gin fail? As Klug put it: “even just try us once and we can create a fan out of you.”

Gothic Gin is available from Master of Malt. Click here to buy.

Sweet and creamy mouthfeel with distinct but perfectly-balanced notes of orange peel and eucalyptus alongside juniper, spices and black pepper.

Studying spirits: the pros, the cons and the alternatives

Macallan's oldest ever whisky lands at Master of Malt